The Bullish and Bearish Case for Travelers in 2015 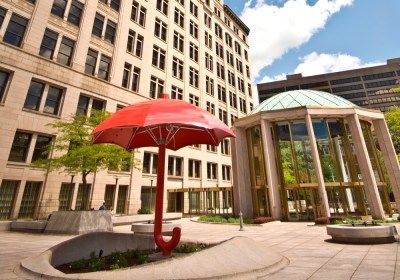 Source: courtesy of The Travelers Companies Inc.
A bull market that is nearly six years old is not unprecedented, but it is unusual. In 2014, market gains took the Dow Jones Industrial Average up 7.5% and the S&P 500 Index up 11.4%. While those index performances do not account for individual stock dividends, insurance provider The Travelers Companies Inc. (NYSE: TRV) closed out the 2014 at $105.85, for a gain of 19.6%, including its dividend adjustments.

A combination of foreign expansion and cost cutting pushed the company’s return on equity higher in 2014, and its operating margin in the third quarter was nearly 20%. The company acquired a Canadian insurer in late 2013 and added a Colombian insurer in November 2014, in cooperation with its Brazilian partner J. Malucelli.

24/7 Wall St. has undertaken a bullish and bearish case to evaluate both sides of the coin and see what lies ahead for Travelers in 2015. A key consideration for the year ahead is that Travelers depends heavily on its investment income for its profits. The sooner that the Fed raises interest rates, the better it is for the company. In the third quarter of 2014, the company’s underwriting gain was $564 million, down $31 million sequentially. Travelers net investment income totaled $719 million, up $62 million sequentially.

ALSO READ: The Bullish and Bearish Case for American Express in 2015

The company also reported $5.4 billion in cash at the end of the third quarter and total debt of $6.35 billion. Travelers had repurchased more than $2.3 billion of its own stock at the time of its third-quarter report. Travelers has a market cap near $35 billion.

Then there is the dividend yield of 2.1% to consider. The company had paid out $553 million in dividends in the first three quarters of 2014.

The downside for Travelers — and indeed for any insurance company — is a potential catastrophe. Weather-caused or natural disasters like hurricanes or earthquakes that can cause billions of dollars in damage have been relatively few in the past couple of years, nothing like the havoc wrought by Hurricane Katrina, which claimed nearly 1,000 lives and caused $135 billion in damages. Private insurance covered just $30 billion of losses due to Katrina.

After a dividend-adjusted performance of 19.6% in 2014, Travelers’ total downside this year, with the dividend included, is expected to be 3.7%. Two recent analyst downgrades from Buy to Hold indicate that the shares may indeed be fully valued.

ALSO READ: The Bullish and Bearish Case for Home Depot in 2015

Like the chemicals business we talked about in our report on DuPont, the insurance business is unexciting, if not downright boring. Given that shares are priced above the consensus estimate, a dividend increase could be coming, and that is the real upside to Travelers.

WeWork Will Follow the Movie Theater Business Into Oblivion

What Analysts Are Saying About FedEx After Earnings

If FedEx Is Hiring 70,000 Workers, Then E-Commerce Will Rule the Holidays?

Amazon Air Is Growing Fast During the Pandemic