The World's Most Resource-Rich Countries 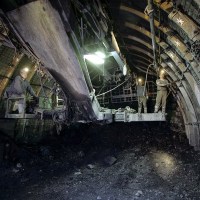 24/7 Wall St. performed a detailed analysis of the 10 most plentiful and valuable natural resources on earth. Using estimates of each country’s total reserves and the market value of these resources, we determined the 10 countries that have the most valuable supplies of natural resources.

Some of these commodities, including uranium, silver and phosphate, are not as valuable as others because of low demand or because they are too rare. However, in the cases of oil, natural gas, timber and coal, reserves can be worth tens of trillions of dollars in some countries, because demand is high and resources are relatively plentiful.

Read the ten most resource-rich countries in the world

Since the beginning of the year, rising prices at the pump have focused attention on crude oil and the global economic recovery. Crude oil remains the largest source of transportation fuel in the world. Because it remains expensive to recover the oil we know about and to find new undiscovered oil, rising pump prices reflect the scarcity or, at least, the potential scarcity of crude.

The supply of oil in contrast to the supply of natural gas, especially in the domestic U.S. market, could not be more stark. New drilling techniques have taken over the industry in the past few years, leading to a supply glut and a corresponding drop in price. It is difficult to predict how long these low prices will last, but it is worth keeping in mind that hydraulically fractured wells produce gas quicker and taper off faster than conventional gas wells. At some point, probably a decade or two away, shale gas production also will decline.

Lumber prices are recovering after bottoming at just above $200 per contract (110,000 board feet). That’s after falling from as high as around $450 in 2005. The world’s forests, while arguably renewable, are inarguably the world’s most valuable resource after fresh water. Their value here is computed by assuming all the timber is cut and sold for sale. One could make a good argument that as a filter for carbon dioxide emissions and as a producer of fresh water, the world’s timberlands are even more valuable untouched than they are when cut down and sold.

Six of the countries with the most timber are featured on this list. Russia, which tops the list, has the most lumber in the world. Brazil and Canada, which hold the second and third spots for timber, are also on the overall list.

Coal’s big problem is that it’s dirty and there is no cheap way to clean it up. Proposals to cut carbon dioxide emissions add billions to the cost of new coal-fired electricity generation plants and at least hundreds of millions to retrofits. Of the two main types of coal, metallurgical and thermal, demand for the more costly metallurgical coal is determined primarily by demand for steel, which in turn depends on an expanding economy. Lower priced thermal coal has a limited future, but, like crude oil, that limit could be decades away.

Coal is one of the most plentiful and valuable resources for some of the countries on this list, most notably the United States. The U.S.’s total combined resource value is $45 trillion. The estimated value of the country’s coal reserves is approximately two-thirds of that — just shy of $30 trillion. Russia, China and Australia also have ample and valuable quantities of this commodity.

Using the most recent uniformly available data on reserves and global market prices, 24/7 Wall St. calculated the total value of the proved reserves of 10 of the most valuable resources, by country. They include oil, natural gas, coal, timber, gold, silver, copper, uranium, iron ore and phosphate. Using sources, which include the U.S. Geological Survey, the U.S. Energy Information Administration, Bloomberg and Financial Visualizations, 24/7 Wall St. identified the current market price of the 10 resources, as well as the reserves available for those resources. In many cases, including coal, oil and natural gas, prices vary based on type. In these cases, 24/7 Wall st. used the price for what is widely considered the benchmark commodity. When there was no established benchmark, we used an average of the most common types sold.

These are the 10 most resource-rich countries in the world.