The Most Powerful CEOs in America 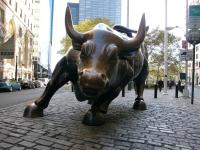 Several CEOs and founders of well-known American companies have complete control over their companies. Through voting power, they control the boards and strategic decisions of these corporations. The best current example is Facebook, which will go public in a few weeks. Founder and CEO Mark Zuckerberg owns enough of the voting shares in the company that his decisions cannot be overruled by outside shareholders or the board under most circumstances. Zuckerberg is also the most visible American CEO among a small group who have complete control of their companies and how long they will remain at their jobs.

Read The Most Powerful CEOs in America

The most powerful CEOs fall into three categories. The first are founders who are currently CEOs. They may, by themselves, or with other founders, have voting control over their companies. Larry Page of Google (NASDAQ: GOOG) is the best example of this. He started the Internet search engine with Sergey Brin. Together with Google’s chairman Eric Schmidt, who they hired, the three hold shares that have nearly two-thirds of the company’s voting rights.

The next category is founders who no longer have the majority of the vote in their companies, but who have been in charge successfully for so long that their job security is not in question. Jeff Bezos at Amazon.com (NASDAQ: AMZN) is the best example of this group. He owns slightly less than 20% of the company that he started in 1994. This stake is greater than that of any other shareholder. But it is his status as founder and his tremendous success that ensure he will not be replaced unless he wishes to be.

The final category of powerful CEOs are relatives of founders. These CEOs inherited the voting rights, usually from their parents, and they use those rights to run the company for another generation. The best example of this is Brian Roberts of Comcast (NASDAQ: CMCSA), whose father started the company. By almost any measure, Comcast has done well financially and in the stock market. Even if it did not, Roberts would have his job.

24/7 Wall St. reviewed the corporate structure, governance and voting rights of the 500 largest companies by market cap. Based on a review of company proxies, we identified those companies where the CEO had voting control of the company or was the company’s founder. We then limited the universe to those companies with market cap in excess of $30 billion.

These are 24/7 Wall St.’s most powerful CEOs in America.