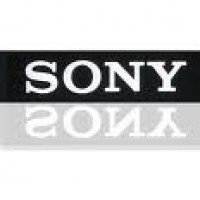 It is a trend in the consumer electronics business — manufacturers rise to become industry leaders only to be outshone by the competition as high-priced gadgets quickly become commodities. Based on recent earning reports of the biggest electronics makers, 24/7 Wall St. set out to identity the once high-flying brands that are now losing money.

A review of the biggest losers demonstrates how little consumers care about prior successes. Although these companies were the industry darlings once, today consumers may not even remember their names.

Companies such as Nintendo, Research In Motion, Sony and Nokia dominated their markets for a number of years and, in many cases, had few to no serious competitors. These companies often rose to the top because of major breakthrough products, such as the Nintendo Wii, RIM’s BlackBerry and Sony’s Walkman.

But the companies on this list have not managed to adequately follow up these successes with new products and now are losing ground to competitors. Sharp has lost money due to competition from companies like Samsung that have stronger brands and can undercut its prices on TV. Nokia, which continues to do well in the low-end cell phone market, is losing money because it has been unable to make a significant break into the growing smartphone market.

24/7 Wall St. has identified eight of the most popular tech brands that are losing money. To demonstrate these companies’ waning popularity, 24/7 reviewed financial data from their financial statements, as well as data from a number of major research firms.

These are the eight great tech brands losing money.

Research In Motion (NASDAQ: RIMM) was, for a time, a leader in the smartphone market. Its BlackBerry phones helped pioneer the industry. The company’s popularity has since waned and it has begun to lose money. In the fourth quarter of fiscal 2012, RIM had a net loss of $125 million, the result of goodwill charges and “an inventory provision taken primarily on certain BlackBerry7 products.” Revenue was down 24% compared to the year prior. According to Comscore, RIM’s share of the U.S. market for smartphone subscribers dropped from 16% last December to 12.3% in March. Meanwhile, the share of smartphones using Google’s (NASDAQ: GOOG) Android rose from 47.3% to 51% over the same period. The company’s BlackBerry 10 handsets, which are being released later this year, may be RIM’s last chance for relevance.

Sharp reported a record annual loss of $4.67 billion this past April. The company also announced that it expects to continue to lose money in the current fiscal year. Sharp’s losses are primarily due to falling prices and declining sales of its LCD televisions. The Japanese company has been struggling to compete with South Korean manufacturers. In addition, the company spent $1.5 billion in restructuring costs. In March, Sharp sold a 46% stake in its largest plant to Taiwanese rival Hon Hai to soften losses at its television business.

Electronic Arts (NASDAQ: EA) reported a net loss of $205 million for the fiscal third quarter ending December 31, 2011, despite generating $1.06 billion in net revenue over the same period. Two of the company’s major titles — FIFA 12 and Battlefield 3 — have each sold more than 10 million copies, a particularly large quantity for games. Madden 12 has sold nearly 5 million. Many experts believe that the company’s launch of The Sims Social — meant as a competitor to Zynga (NASDAQ: ZNGA) products — has not done well. This was viewed as a gamble on EA’s part, as the company has spent hundreds of millions of dollars trying to break into the social games space. It is not the first time for EA to be in the red. The company had a net loss of $322 million in the same quarter the year before.

Sony (NYSE: SNE) was a world leader in a variety of electronic products only a few years ago. As recently as November 2011, the company cut its sales forecast for TVs, cameras and DVD players. The company’s financial situation has only worsened since then. In April 2012, Sony decreased its earnings outlook for the fourth time in less than a year, warning of a potential $6.4 billion net loss in the last fiscal year. The Wall Street Journal said the loss would be “the biggest-ever in the electronics conglomerate’s 65-year history.” Sony has been dealing with ongoing losses in its television segment. In its consumer electronics arm, the company has been struggling to deal with competition from companies like Apple (NASDAQ: AAPL) and Samsung. Sony also has lost its standing in the game console market, which it once owned with the PS2, and in the portable music device market, which it owned with the Walkman.

Nintendo was the number one video game console manufacturer in the world thanks to its Wii. In order to better compete, Microsoft (NASDAQ: MSFT) and Sony slashed prices on their Xbox 360 and PS3 products. Nintendo, as a result, was forced to drop the prices of both its Wii and portable player DS. In April 2012, the company posted a total loss of $461.2 million for the 2011 fiscal year. All three companies also face the growing competition posed by smartphone-based gaming.

Nokia (NYSE: NOK) has long been the world’s largest handset manufacturer, but it lost that position to Samsung in the first quarter of the year. Its past success was due, in large part, to the company’s low-end cell phone models, which are particularly popular in developing countries. When it came to smartphones, however, Nokia has not kept up. The market continues to be dominated by Samsung and Apple. Nokia’s inability to break into the more profitable smartphone arena has been apparent in the company’s profit and loss statements. In April 2012, the company announced a quarterly net loss of $1.2 billion, blaming “greater than expected competitive challenges.” In an attempt to turn itself around, Nokia has set a joint venture with Microsoft to distribute Windows mobile on its smartphones in exchange for financial and marketing support.

Barnes & Noble (NYSE: BKS) has invested increasing amounts in its Nook e-book reader. But intense competition from other tablet and e-reader companies, including Apple and Amazon.com (NASDAQ: AMZN), has kept the company in the red. For the 39 weeks that ended January 28, 2012, Barnes & Noble lost more than $11 million. The company blamed the increasing losses on continued investments “in its rapidly growing Nook business, including advertising costs and personnel.” To help it with the Nook development costs, Barnes & Noble has also formed an alliance with Microsoft. The software company has made an investment in the book company’s e-book and e-reader businesses in exchange for the creation of Nook models that run the Windows OS.

Acer’s business plan used to rely on the netbook, the cheap, portable and underpowered laptop. In the past two years, however, netbook sales have been disrupted by the surging tablet market, as well as the growing popularity of smartphones. Dropping the price did little to encourage demand. The company reported a massive annual loss of $212 million in 2011. Now the company is focusing on the Utlrabook, Intel’s (NASDAQ: INTC) laptop and effectively the next generation of netbook. It appears the company has not learned its lesson. According to The Verge, Acer Global President Jianren Weng predicts that PC Ultrabooks will drop to $499 in 2013 to compete with Apple’s iPad. Unfortunately, that is several hundred dollars less than the company needs to make money.