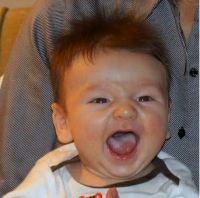 Source: 24/7 Wall St. Staff
For the second year in a row, 24/7 Wall St. examined the Organisation for Economic Co-operation and Development’s report on life satisfaction in the developed world. Economic prosperity, health and a strong social support network continue to correspond highly with happiness. Once again, the United States fails to make the top 10 happiest nations in the world, while countries like Australia, Israel and all of the Scandinavian nations do.

Read: The Happiest Countries in the World

The OECD measured more than 30 sets of data in 11 different categories, including education, health and employment. The study also asked residents of each country to rank, on a scale of 1 to 10, their general satisfaction with their lives. 24/7 Wall St. examined the 10 countries with the highest life satisfaction scores to find the strongest factors related to happiness.

Economic prosperity appears to be one of the strongest factors that relates to overall life satisfaction. Of the 10 countries with the highest levels of happiness, nine have personal incomes that are higher than the OECD average. Eight of them have among the highest disposable incomes among developed nations.

In addition, the overall regional economies of these 10 nations appear to be doing exceptionally well. Government debt as a percentage of gross domestic product in these countries is either among the smallest in the developed world, or these nations are actually running a surplus. Norway, which has the second-highest satisfaction score, has a government surplus of 162.5% of its GDP.

Employment is one of the most obvious causes of satisfaction, according to Matthias Rumpf, OECD’s chief media officer, especially long-term employment and job stability. Of the 10 countries with the highest job satisfaction rates, nine are among the 15 with the lowest long-term unemployment rates — the percentage of the population that has been unemployed for more than a year. “Those who are unemployed are generally not very happy,” Rumpf says. And long-term unemployment is even worse, he explains. While being between jobs can affect a person, “the longer you are unemployed, the worse it gets.”

After economic stability, physical and social well-being are the largest determinants for happiness. When it comes to self-reported health, eight of the 10 countries have a higher rate of citizens reporting good health than the OECD average of 70%. All but one have a higher life expectancy than the OECD average of 79.8 years. When it comes to having a strong social support network, seven of the countries have among the largest percentage of residents reporting having a friend or relative they could rely on in a case of need.

Not surprisingly, having enough leisure time affects a person’s mental health and strongly impacts happiness. According to the report, while data is incomplete, the majority of the countries with a strong sense of well-being have more leisure time each day than the OECD average of 14.76 hours (this includes sleep). The citizens of Denmark, the happiest country, have the most leisure time available per day, at 16.06 hours.

The U.S. ranks 11th in life satisfaction, just missing the top 10. This suggests that while some of these categories may impact happiness, they do not guarantee it. Despite its above-average score, the U.S. has the highest rate of disposable income in the OECD and an extremely high rate of self-reported good health. Meanwhile, the U.S. has a particularly low life expectancy for developed nations, which at 78.7 years is worse than 26 other developed nations. The U.S. also has a low job security rate and a relatively high long-term unemployment rate.