Cities Selling the Most Distressed Homes 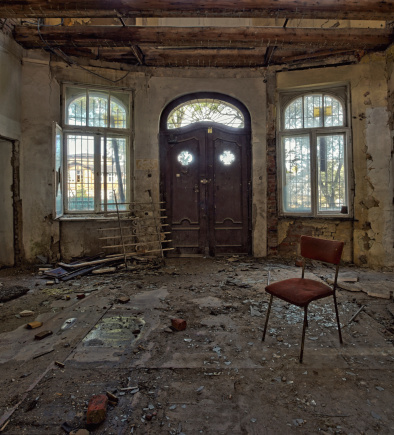 Source: Thinkstock
Last December, 16.2% of all home sales involved distressed properties, according to a recent report. These homes were sold at an average discount of nearly 40% when compared to conventional, non-distressed homes.

Housing data site RealtyTrac recently released its Year-End 2013 U.S. Residential & Foreclosure Sales Report. According to the report, some of the largest U.S. cities are still processing foreclosed homes. In 10 of the nation’s largest metro areas, more than one in four home sales last year were of such properties. In Las Vegas, 41% of homes sold last year were distressed properties. 24/7 Wall St. examined the 10 large housing markets where short sales and foreclosure-related sales represented at least one in every four home sales last year.

Click here to see the cities selling the most distressed homes

In most cases, properties involved in the foreclosure process sell for less than comparable conventional properties. That discount varies from city to city. In Las Vegas, bank-owned and auctioned-off homes sold for 15% less on average than normal homes. In Detroit, another city where foreclosure-related sales made up a large proportion of transactions, the discount was a whopping 72%.

Traditionally, one of the leading causes of high foreclosure rates is unemployment. “Historically, unemployment is the number one driver of homeowners getting into trouble and potentially getting foreclosed on,” Daren Blomquist, vice president at RealtyTrac told 24/7 Wall St. Unemployment rates in six of the 10 metro areas with the most distressed home sales were at or above 8% as of November, above the national unemployment rate that month of 7%. In areas such as Las Vegas and Detroit unemployment has been high for years. However, Blomquist also noted that, during last decade’s housing bust, defaults due to toxic loans often preceded high unemployment rates. While this was true at the time, “if we start to see areas that are experiencing big jumps in new foreclosure activity, it is probably going to be tied to unemployment.”

Many of the areas with a large number of distressed property sales were among the hardest hit during the housing crisis. However, in many areas the worst of the crisis may be in the rear view mirror and the recovery well on its way. According to Blomquist, “We’re in the cleanup phase of the foreclosure crisis. But that cleanup phase does need to happen for the market to get back to full health.” This cleanup, he explained, involves the sale of homes that were foreclosed during the crisis, or in its aftermath.

The housing markets in many of the cities with a high proportion of distressed home sales have begun to recover as well. Home prices were up by at least 10% between December of 2012 and 2013 in most of the 10 metro areas where the portion of distressed sales was highest. Even in Las Vegas, arguably the epicenter of the housing bust, sales of newly-built homes rose by 32% in 2013, according to Home Builders’ Research.

Based on figures compiled by RealtyTrac, 24/7 Wall St. determined the 10 housing markets with the highest percentage of distressed properties sales. In order to be considered distressed, a sale had to involve property sold “short” — meaning for less than the value of the outstanding mortgage(s) — or had to have been a foreclosure-related sale. Foreclosure-related sales include properties sold at foreclosure auctions and the disposal of bank-owned real estate. We also reviewed income and poverty figures from the U.S. Census Bureau for 2012, as well as seasonally-adjusted unemployment rates from the Bureau of Labor Statistics.

This Is America's Most Stressful City To Buy A House