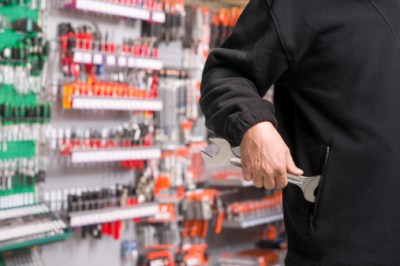 Source: Thinkstock
Cars, smartphones, jewelry and cash are among the many valuable items most people expect thieves to target. As a result, Americans take precautions to keep such possessions safe. Not many, however, would think to lock up their Nutella, pregnancy tests or Tide laundry detergent. Yet, these everyday, ordinary household products are among the most commonly stolen goods.

Some stolen items seem unusual because their value is not easily visible. For example, thieves steal catalytic converters for the platinum. Frank Scafidi of the National Insurance Crime Bureau (NICB) gave the example of manhole covers, as well as a variety of other metal objects, that are often stolen to be resold as scrap metal. Incidents of these kinds of theft have risen considerably, likely due to the rising price of metals like copper, and platinum.

Similarly, the production of maple syrup relies heavily on weather patterns. With poor sugaring conditions in recent years, the price of sap and maple syrup have risen considerably, increasing the potential reward for thieves targeting the product. Another grocery item, steak, has also become more vulnerable to shoplifting due to rising prices.

Another explanation for unusual incidents of theft is unmet demand. In the case of shrubbery theft, for example, collectors are willing to pay large sums for rare and valuable plants –even illegally. Nutella, which is relatively expensive and in high demand, is a commonly stolen product, according to the National Retail Federation (NRF).

According to Rich Mellor, senior advisor at the National Retail Federation (NRF), the “easiest thing to steal is getting stolen, not necessarily for its desirability.” So, while intrinsic value and price increases are important factors, a thief ultimately wants to avoid getting caught.

These are the 10 weirdest things thieves steal.