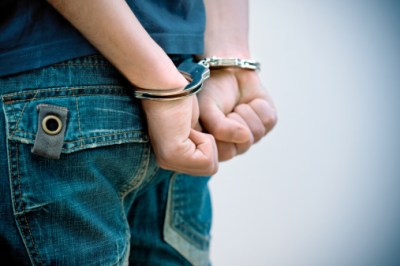 Source: Thinkstock
According to data released by the Federal Bureau of Investigations, the United States is becoming safer nearly every year. In the 20 years through 2012, the U.S. violent crime rate has been almost cut in half. Just since 2007, the nation’s violent crime rate has declined from 471.8 to 386.9 incidents per 100,000 people.

Click here to see the cities where violent crime is soaring

Not all measures of crime produce the same results. While reported offenses of violent crimes were down slightly on a per capita basis in 2012, the most recent year for which data is available, estimates that include non-reported offenses indicate that the violent crime rate actually rose in 2012. According to the Bureau of Justice Statistics, “Crime not reported to police and simple assault accounted for the majority of this increase.”

In many of the metro areas where crime rose the most, the economy has been especially strong. This is the case with Odessa, Texas, an oil boom town that has experienced rapid economic growth and large inflows of people. Two other metro areas, Columbus, Indiana, and Sioux Falls, South Dakota, have also experienced strong growth in recent years.

One of the hidden factors that could be driving up crime rates in areas with thriving economies may be shifting local demographics, Roman explained. “The biggest predictor of committing a criminal act is being young, male, and relatively low-skilled. And when you have these big natural resource booms you’re attracting lots and lots of those people to your community.” As a result, it is not organized criminals driving up crime rates as much as it is likely younger men looking for work, Roman said.

Generally, aggravated assault was the most reported violent crime in 2012, accounting for more than 62% of incidents. This was especially the case in many of the areas that led the nation in rising violent crime rates. Even as most of these areas had dramatic increases in assault rates, most had declining murder rates, and some even had decreases in property crime.

Aside from changing demographics, another factor that may affect crime statistics may be the area’s reporting trends. According to Roman, if police signal they are cracking down on crimes such as domestic violence, they may be able to encourage more people to report a crime.

Drug use, too, may play a role in promoting crime in some areas. Heroin use is on the rise in a number of metro areas because crackdowns on prescription pill abuse “drives people into the black market for heroin,” Roman said. While heroin users are no more likely to be violent, the environment in which drugs are bought and sold is often more dangerous, leading to potentially higher crime rates.

Based on figures published by the FBI’s Uniform Crime Report, 24/7 Wall St. determined the 10 metropolitan statistical areas where crime rates rose the most between 2007 and 2012. In order to be considered, areas had to retain the same geographic boundaries during the period covered, and they had to retain a consistent reporting practices. For some MSAs, less than all areas reported offenses. For these areas, FBI estimates totals based on offenses from areas actually reporting. Additionally, we also reviewed unemployment figures from the Bureau of Labor Statistics (BLS), as well as the BLS’s “Economy At A Glance” tables.

These are the 10 U.S. cities where violent crime is soaring.