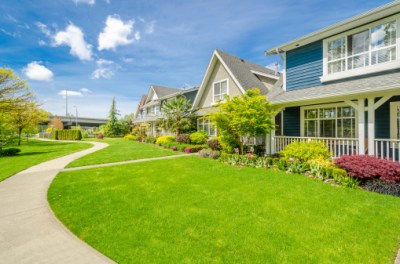 While home flipping activity in the U.S. has declined over the past year, in many markets the practice is still quite popular and provides high returns. Home flippers generally buy a home, renovate and sell it within six months. In some of the areas where home flippers had the most profits, the housing market and economic fundamentals support this type of investment, according to a recent report from home data site RealtyTrac.

What makes a good home flipping market? According to Daren Blomquist, vice president at RealtyTrac, a good home flipping market depends on the availability of distressed inventory, generally rising housing prices, and a growing economy. High numbers of distressed homes allow flippers to buy at a discount, while a strong market and economic growth allow flippers to sell at a premium. Based on recently released data from RealtyTrac, 24/7 Wall St. reviewed the best counties for home flipping.

Click here to see the best markets for home flipping

The best markets for home flipping had to have had a relatively strong year in terms of generating returns for investors. Some of these markets were especially lucrative in the 12 months between April 2014 and March 2014. Notably, five of the best counties for home-flipping had gross returns on investment of more than 50% in that time.

Foreclosure rates in each of the best counties for home flipping increased measurably between the first quarters of 2013 and 2014, even as foreclosures declined nationwide. This means that home flippers could rely on a relatively sizeable inventory of distressed properties in these counties. Prince George County, Maryland and Campbell County, Kentucky had particularly dramatic increases, with the number of foreclosures jumping 136.8% and 238.5%, respectively.