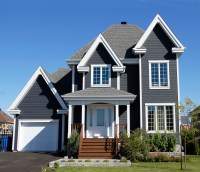 Source: Thinkstock
The U.S. real estate market has been on the mend for several years. While many Americans witnessed the values of their homes drop precipitously during the recession, markets have been rebounding, with prices in several counties reaching all-time highs.

In several markets, recent gains have led to home prices well above the 2007-2008 levels, when the housing crisis was in full-swing. Home prices in Jefferson County, Kentucky, were 63% higher in March 2014 than they were in 2007. Based on data provided by RealtyTrac, 24/7 Wall St. identified the county-level housing markets that have recovered the most from the housing crisis as of March of this year.

Price increases have varying impacts on the health of a local housing market. In some, record home prices simply reflect consistent growth. In places like Marion County, Indiana and Johnson County, Iowa home prices did not fall a great deal and have since recovered steadily since reaching their lows.

Daren Blomquist, vice president at RealtyTrac, explained that most of these counties “are middle America markets that were largely passed over by the boom and bust and have experienced fairly steady growth over the past seven years.” He added that these markets were not subjected to toxic lending practices, which were far more prevalent in other parts of the U.S.

In some markets, however, the long-term sustainability of these price increases may be questionable. San Francisco is among the most expensive real estate markets, and it has recently grown at rates that are potentially concerning. While San Francisco’s market is resilient to price fluctuations due to high volumes of outside investing, “20%-30% year-over-year price appreciation is not sustainable,” Blomquist said.

Many housing markets currently at record highs are very expensive. During the 12 months through March, the overall median home price in six of the eight counties that have recovered the most since the housing crisis was at least $160,000, on the higher end of all county-level prices.

Incomes do not always keep up with home prices, unfortunately. While many of these housing markets may be healthy, their home prices relative to median incomes tended to be quite high. According to Blomquist, when home prices start to outpace incomes, there is cause for concern. Homes in half of the counties that have grown the most were valued at more than four times estimated median household income for 2014, higher than in most counties. San Francisco residents paid nearly 12 times their estimated income for homes.

Relatively good economic conditions also serve to bolster real estate markets, as available jobs will attract home buyers. Low unemployment rates are “a foundational piece that needs to be in place for home prices to rise,” Blomquist said. The unemployment rate in all but one county on this list was lower than the national rate of 6.7% last year.

Based on figures provided by housing data site RealtyTrac, 24/7 Wall St. examined eight county-level housing markets at all-time highs as of March. We ranked counties by the percent change in home prices since 2007 or 2008, with the higher annual average figure serving as the benchmark. In addition to home price figures, RealtyTrac also provided data on foreclosures and median home price-to-income ratios as of the first quarter of 2014. Home price-to-income ratios use property prices for the 12 months through March and estimates for 2014 median household income. Unemployment rates, collected by RealtyTrac from the Bureau of Labor Statistics (BLS), are current as of March.