States Spending the Most (and Least) on Education 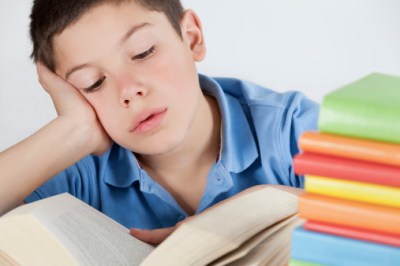 Source: Thinkstock
For the third consecutive year, total spending on public elementary and secondary education fell nationwide, according to a recent release from the U.S. Census Bureau. Spending per student totaled $10,608, roughly the same as the year before.

Due to a number of factors, however, spending per student ranged widely among the 50 states. New York was the nation’s top spender, at $19,552 per pupil. Utah, on the other hand, spent just $6,206 for every student. Based on the U.S. Census Bureau’s latest release on education spending, 24/7 Wall St. reviewed the states that spent the most and least on education per student.

Click here to see the states spending the most on education

Click here to see the states spending the least on education

The nation’s highest spenders on education were disproportionately in the Northeast, while the states spending the least tended to be in the Southern or Western U.S. Michael Leachman, director of state fiscal research at the Center on Budget and Policy Priorities, explained that spending can be driven by a range of factors, including state size, labor costs, and geography, noting that rural schools can often incur higher transportation costs.

Household earnings appear to play a major role in determining statewide school spending. The states that spent the most per student also had some of the wealthiest households. Median household income in all of the 10 top spending states was higher than the U.S. median. Among the states spending the least, only Utah households earned more than the national median of $51,371 in 2012.

Schools are funded primarily by property tax revenue. As a result, “high-income districts get a lot more money because of the difference in property tax wealth,” Leachman said. To compensate for inequality, states’ school funding formulas tend to distribute more money to low-income districts where property values are likely to be much lower. However, as Leachman explained, this is not always the case, and some formulas can actually award less to poorer areas.

The opposite was also typically the case with the nation’s lowest spenders, all of which received at least 10% of their funds from the federal government and in some cases much more. Nearly 18% of school funding in Mississippi, one of the lowest-spending states, came from federal coffers.

High education spending often pays off, at least as measured by standardized tests. Based on a recent Education Week report, four of the top spending states were among the top five states in K-12 achievement. Among the states spending the least per pupil, only Florida earned a higher grade than the U.S. overall on the National Assessment for Educational Progress (NAEP).

However, pouring money into school systems by no means guarantees success. Students in Delaware and Alaska, two of the top spenders, had below-average NAEP scores.

Educational attainment rates among adults were also higher in the states that spent more per student. Students in these states were much more likely to complete high school and go on to complete college. More than 30% of adults in the majority of the top spending states had at least a bachelor’s degree, compared to the U.S rate of 29.1%.

Based on the latest data from the U.S. Census Bureau, 24/7 Wall St. reviewed the 10 states that spent the most and the least per student in fiscal year 2012. We reviewed a variety of Census data related to education spending and revenue, including the proportion of state education revenue from federal, state and local sources, as well as the proportion of state spending that went to teaching costs or support services, all for fiscal year 2012. We also reviewed additional data on income, poverty and educational attainment from the Census’ 2012 American Community Survey. We considered state proficiency scores in the 2013 National Assessment of Educational Progress, provided by Education Week. These scores cover proficiency in math and reading for students in the fourth and eighth grades.

These are the states spending the most (and least) on education.