The 10 Best Cities to Flip a Home 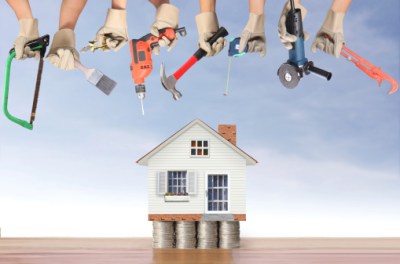 Source: Thinkstock
As the national housing market continues to rebound, real estate investors are trying their hand at home flipping — buying and selling a house within six months. While in some markets home flippers lost money, in others they earned a decent return on their investment. In 10 markets, home flippers made at least a 48% profit in the first quarter, according to RealtyTrac figures. In Reading, Pennsylvania, they more than doubled their money.

Lower prices may make these housing markets more affordable for investors. Homebuyers in all but one of the 10 metro areas with the highest returns on home flipping were able to buy property for less than the average home price nationwide.

According to Daren Blomquist, vice president at RealtyTrac, home flippers are attracted to less expensive markets. In Pittsburgh, one of the best markets for house flipping, “you can buy five properties to flip and diversify” your investments. For the same amount, “in Los Angeles, you [can buy] one property, and flippers would have to put all their eggs in one basket.”

There are a number of variables that can keep home prices in a market low. The strength of the local economy can play a role, as is evident in Detroit and Palm Coast, Florida, where flipped purchase prices were well below the national average of $183,276 in the first quarter. In these metro areas, the unemployment rates were 8.3% and 9.3% in March, well above the U.S. unemployment rate of 6.8% for March.

Factors such as the location and age of properties can also influence home prices. According to Blomquist, 59% of the homes flipped in the Pittsburg area in the first quarter had been built in the 1930s. In contrast, only 24% of homes that were flipped nationally were built that decade.

Home flipping remains a niche and risky activity that is not for everyone. “Those ROI numbers can turn on you very quickly as the market turns,” Blomquist said. Indeed, returns on flipping homes in these markets changed rapidly between 2013 and 2014. The Philadelphia metro area was one of the nation’s most profitable markets for home flipping this year, while just last year flippers lost money.

Some of these markets have been popular among home flippers for over a year. According to Blomquist, there was a surge in home flipping nationwide since the end of 2012. Among the top 10 markets, flipping has accounted for over 10% of sales in each quarter since Q4 2012 in Omaha, Nebraska and Palm Coast metro areas. In the Reading metro area, the nation’s most profitable, home flips as a percent of all sales was also consistently high.

In a few of the best cities to flip a home, institutions play a major role in the real estate market. Institutional buyers accounted for at least 10% of all purchases in the Memphis, Tenn. and Detroit area in February, more than in all but a handful of metro areas. Many buyers in these areas were also buying property for cash or purchasing homes in foreclosure.

To determine the 10 best cities for home flipping, 24/7 Wall St. reviewed return on investment figures from RealtyTrac. These figures are based on the pre-flip and post-flip average price for homes, where RealtyTrac defines as “any transaction that occurred in the [past] quarter where a previous sale on the same property had occurred within the last six months.” Returns represent gross profit and do not include costs such as repairs and maintenance. RealtyTrac also provided institutional, cash and distressed sales figures as of March, as well as median sales prices and median listing prices as of February. We also reviewed home price data from the Federal Housing Finance Authority (FHFA) and unemployment rates from the Bureau of Labor Statistics (BLS).

These are the 10 best cities to flip a home.