10 Cities Where Wages Are Soaring 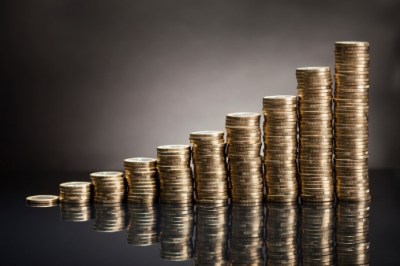 Although there are many signs the economy is improving, average weekly wages in the United States remained stagnant throughout 2013. This was a notable change from a year earlier, when weekly wages rose 4.7% over the same period.

Despite flattening nationally, wages posted strong growth in some metro areas. In six of the 10 metro areas, wages grew at least 6%. In Idaho Falls, wages grew by 18.4% between the fourth quarters of 2012 and 2013. Based on data from the Bureau of Labor Statistics (BLS), these are the metro areas where wages are soaring.

Click here to see the 10 cities where wages are soaring

A strong construction sector drove wages up in half of the metro areas with the largest pay increases. Construction wages increased by 32% in the Santa Cruz metro area over this period, well above the 1.6% growth in construction wages nationally. Martin Kohli, chief regional economist for the BLS, explained that construction wage growth was particularly strong among specialty trade contractors — those who are responsible for specific aspects of a construction project rather than overseeing the whole process.

However, not all sectors had positive wage growth over this period. Most notably, wages in the financial services sector shrank by 2.6%, largely due to a contraction in the securities industry. Most of the national decline in financial sector wages can be explained by firms reshuffling bonuses such that large bonuses showed up at the end of 2012 and, by contrast, were relatively modest in 2013, according to Kohli. In most of the metro areas where wages are declining, however, financial services make up a large part of the economy, perhaps bringing down wages. Metro areas with rising wages, on the other hand, did not have large financial sectors.

Another explanation for the strong wage growth in these areas may be the low initial wages. In every metro area but Houma, average weekly wages were well below the national average. “It could be easier to see big wage increases in low wage areas if you have job growth in construction or some higher wage sector,” Kohli said.

In half of the metro areas with the largest wage increases, unemployment rates were well below the national rate. Low unemployment is likely another driver of strong wage growth as the higher demand for employees can leave workers at a better position when negotiating wages.

However, unemployment figures may not be a good predictor of wage growth. “You can have [large] wage increases even though you have high unemployment in an area, because you’re paying employees that would be really hard to replace,” Kohli said.

These are the American metro areas where wages are soaring.