The States With the Strongest and Weakest Unions 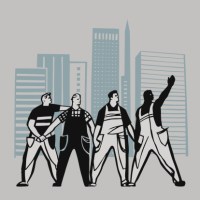 Source: Thinkstock
The percentage of American workers in unions remained effectively unchanged last year. This marks a departure from the nation’s long-term trend. In the past 30 years, union membership has dropped from 20.1% of the workforce in 1983 to 11.2% last year.

Despite this long running decline, some states remain union strongholds, while others have almost no union presence. In New York, Alaska and Hawaii, more than 22% of workers were union members last year. Conversely, in five states, less than 4% of all employees were union members.

A number of factors help determine whether unions have a significant or negligible presence in a state, including industry composition, labor laws and political atmosphere. Based on data collected by the Bureau of Labor Statistics and calculations by Unionstats.com, 24/7 Wall St. identified the states with the highest and lowest shares of workers who are union members.

However, according to an email from Unionstats founder Barry Hirsch, while these laws can weaken a union’s financial base, the impact may be smaller than some suggest. “Right to work is important symbolically as a sign of a pro-business [or] anti-union environment,” Hirsch added.

The number of union workers in a state depends in large part on the representation of government employees. Although the public sector is far smaller than the private sector in terms of total employment, public sector workers are far more likely to be members of a union. Nationwide, more than 35% of public sector employees — which include teachers, firefighters, police officers and postal workers — were union members last year.

In recent decades, the private sector has accounted for the majority of the decline in the union workforce, while the share of public sector workers in unions has remained relatively constant, Hirsch wrote. “Public sector members now account for half of all members despite being only [one-sixth] of the workforce,” he added.

In the past decade, the share of private sector workers in unions fell in all but a handful of states. From 2003 to 2013, the number of private sector union members dropped by more than 1 million, from just less than 8.5 million to 7.3 million. In the same time, manufacturing union membership slipped by 34%, from just under 2.2 million to 1.4 million.

In addition to sector composition, Hirsch also noted that history played a role in determining unionization rates. “States that historically had high unionization in manufacturing are now more likely to have high unionized hospitals and grocery stores, and vice-versa,” he explained. In turn, when young workers have not been exposed to unions through friends and family members, “these workers are far less likely to support union organizing.”

Based on figures published by Unionstats.com, an online union membership and coverage database, 24/7 Wall St. identified the states with the highest and lowest union membership as a percentage of total employment. The database, which analyzes Bureau of Labor Statistics’ (BLS) Current Population Survey, provides labor force numbers and union membership in both the public and private sector, including manufacturing and construction. Additionally, 24/7 Wall St. reviewed annual average unemployment rates for each state from the BLS, as well as income and poverty data from the 2012 American Community Survey, produced by the U.S. Census Bureau.

These are the states with the strongest and weakest unions.