States With the Most Gun Violence 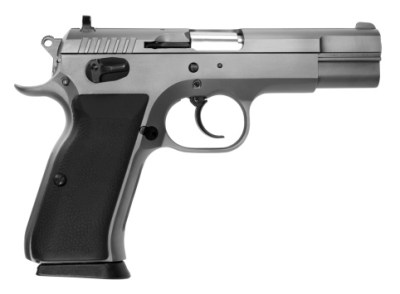 As mass shootings continue to appear in the news, many Americans and state leaders are asking how to address the problem without restricting constitutional rights.

The Centers for Disease Control and Prevention (CDC) tracks the number of gun-related fatalities — including homicides, suicides, and accidents — in each state. The frequency of firearm-related deaths varies widely across the U.S. Firearms were associated with just 3.0 deaths per 100,000 residents in Rhode Island in 2011, the lowest gun-related fatality rate of any state. Louisiana, on the other hand, reported 18.8 firearm-related deaths per 100,000 residents, the most of any state. 24/7 Wall St. examined the 10 states with the highest gun-related death rates.

Click here to see the states with the most gun violence

Suicide is the leading cause of gun-related deaths across the nation in recent years. Of the 32,351 firearm deaths in 2011, nearly 20,000 were suicides. In all but one state with the most gun-related deaths, suicide accounted for the majority of fatalities. Six states — Alaska, Wyoming, Oklahoma, Montana, Arkansas, and New Mexico — reported more than 10.0 firearm-related suicides per 100,000 residents, versus the national rate of 6.2.

24/7 Wall St. discussed the CDC’s figures with John Roman, senior fellow at the Urban Institute, an economic and social policy think tank. Roman explained the probability of accidents, suicides, and domestic violence goes up in homes with guns. Americans are “three times more likely to have a suicide in a home with a gun than [they] are in a home without a gun.”

Federal law controls some aspects of firearm regulation, but for the most part, state legislatures choose to what extent firearms are governed. None of the states with the most gun violence require permits to purchase rifles, shotguns, or handguns. Gun owners are also not required to register their weapons in any of these states. Meanwhile, most of the states with the lowest rates of gun deaths require a permit to purchase a handgun.

In a number of these states homicide and violent crime rates were also particularly high. Gun-related homicide rates in all but three of the 10 states with the most firearm death rates were above the national rate of 3.6 homicides per 100,000 residents. Louisiana, the only state on this list where homicide accounted for more gun-related deaths than suicides, reported 9.4 homicides per 100,000 residents in 2011, more than in any other state.

According to Roman, politics and culture often influence gun ownership. In fact, a majority of the states with the most deaths from guns are politically conservative. They are also states with residents that tend to be comfortable with carrying and owning guns.

Based on CDC data, 24/7 Wall St. reviewed the 10 states with the most firearm-related deaths in 2011, including suicides, homicides, and accidents.Firearm death rates represent the CDC”s age-adjusted figures, to avoid distortion in states with large populations of young people. We also considered 2012 data from the Bureau of Alcohol, Tobacco, Firearms, and Explosives (BATF) on the time between a gun’s purchase and its involvement in a crime. Violent crime data are for 2011 and are from the Federal Bureau of Investigation’s Uniform Crime Report. Poverty and income figures are from the U.S. Census Bureau’s 2012 American Community Survey. Information on firearm policies for each state are from the National Rifle Association’s (NRA) Institute for Legislative Action.

These are the states with the most gun violence.