Five American Cities Back From the Dead 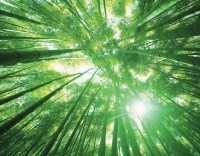 Source: thinkstock.com
The Great Recession was hard on most of the country, but few areas were hit harder than the rust belt. Since the end of the recession, however, many of the region’s cities have rallied, adding jobs as their economies improve.

Based on a review of data published by the Bureau of Labor Statistics, 24/7 Wall St. identified five cities that had some of the worst unemployment rates before and during the recession but also some of the most dramatic recoveries in recent years.

One major reason for the resurgence in these areas has been a growth in manufacturing jobs. From 2009 to 2013, manufacturing employment in Toledo and Indianapolis rose by more than 9%. In Kokomo, employment in the sector was up 7% in that time. A number of developments in recent years have contributed to manufacturing growth. For one, President Barack Obama has championed manufacturing through the White House’s Advanced Manufacturing Partnership, which aims to foster innovation and improve the business climate for manufacturers. Another development was the drop in natural gas prices, which has lowered manufacturing costs for a broad range of products.

The revitalization of the car industry has also been a boon to most of these cities. Each of the five metro areas reviewed is located in one of three states: Indiana, Michigan, or Ohio. All of these states are home to a large number of automotive industry jobs. According to the Alliance of Automobile Manufacturers, a trade group representing some of the largest carmakers in the industry, nearly 22% of Michigan’s job force works for an automaker, supplier, or dealer. In Ohio and Indiana, 12.4% and 13.9% of workers do, respectively. These three states alone account for nearly a third of all automotive sector jobs in the U.S.

In addition to BLS figures, we reviewed annual economic output data from the Bureau of Economic Analysis through 2013. From the U.S. Census Bureau, we looked at median home values, educational attainment, poverty rates, and the percent of employees by industry. Census Bureau data are as of 2013.

Here are five cities that are back from the dead.