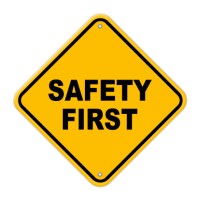 In a previous interview with 24/7 Wall St., John Roman, senior fellow at public policy research organization The Urban Institute said, “A 4.4% reduction in violent crime is astonishing. If you saw a similar increase in GDP, or a similar decrease in unemployment, it would be huge national news.”

Click here to see the safest states in America

Click here to see the most dangerous states in America

The national improvement in crime levels has not been uniform across all states, nor were the resulting crime rates. While some states were relatively more dangerous despite the improvement, others were considerably safer than most states. In Vermont, the violent crime rate dropped by more than 19% in 2013 from 2012 — the largest reduction in the country. The state was also the safest, with 115 violent crimes reported per 100,000 people.

Nationwide, 368 violent crimes were reported for every 100,000 people in 2013. Such crimes include murder, rape, aggravated assault, and robbery. In six of America’s 10 safest states, there were less than 200 violent crimes reported per 100,000 residents. Based on violent crime rates published by the FBI’s 2013 Uniform Crime Report, these are America’s safest states.

What Would Make Our States Safer? in 24/7 Wall St.'s Polls on LockerDome

While explanations for the level of safety in a particular area are by no means concrete, socioeconomic indicators are powerful predictors of crime. Just as in large U.S. cities, income plays a major role at the state level in predicting crime levels. A typical household earned more than the national median household income of $52,250 in six of the 10 states last year. Kentucky households were the exception among the safest states, with a median income of less than $44,000.

People living in the nation’s safest states were also far less likely than other Americans to live in poverty. The poverty rate in all but two of the 10 states was lower than the national rate of 15.8% last year. New Hampshire, the sixth safest state, led the nation with just 8.7% of residents living below the poverty line in 2013.

Educational attainment rates are yet another factor contributing to violent crime. Lower levels of education result in lower incomes later in life, which in turn can contribute to higher crime rates. In addition, as Roman explained in a previous discussion at the city level, poor education is part of several structural disadvantages that make crime very difficult to address. According to Roman, addressing these underlying economic and social issues is critical to reducing crime. Unsurprisingly, residents in the safest states tended to be more highly educated. More than 90% of adults in seven of the 10 states had completed at least high school last year, versus the national rate of 86.6%. And while less than 30% of Americans had attained at least a bachelor’s degree as of 2013, more than one-third of residents in four of the nation’s safest states had done so.

These are the safest states in America.