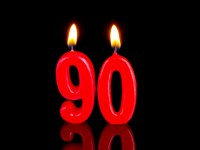 However, some states have closed the gap with these nations. In both Hawaii and Minnesota, a resident born in 2010 could expect to live 81 years on average. In 12 states, the life expectancy at birth was 80 years or more.

Access to health coverage is among the important factors that promotes good health — and as a result leads to longer lives. In most of the states with the longest life expectancies a far lower percentage of the population was uninsured relative to the nation as a whole. While 14.5% of Americans did not have health care coverage last year, only 3.7% of Massachusetts residents did not. In Hawaii and Vermont the uninsured rates was also less than half the national rate.

Click here to see the 10 states where people live longest

What Factor is Causing Low Life Expectancies in The U.S.? in 24/7 Wall St.'s Polls on LockerDome

However, not all the research is conclusive on the effects of health care coverage on mortality. One 2009 study in the American Journal of Public Health stated that a lack of coverage led to nearly 45,000 deaths in the United States a year. However, another 2009 study appearing in Health Services Research argued that “there is little evidence to suggest that extending insurance coverage to all adults would have a large effect on the number of deaths in the United States.”

Some contributors to poor health and the resulting low life expectancies are preventable.
Smoking, for instance, was far more prevalent in the states with the lowest life expectancies, as was physical inactivity. By contrast, in many of the healthiest states, people were far more likely to have healthy habits, such as not smoking and being more active.

In order to identify the states with the highest life expectancies at birth in 2010, 24/7 Wall St. reviewed figures from the OECD’s 2014 study on regional well-being. Data on age-adjusted mortality rates are from the CDC for 2012. Figures on poverty and health insurance coverage are from the Census Bureau’s 2013 American Community Survey. Other figures cited are from the 2014 edition of America’s Health Rankings, an annual study from the United Health Foundation.

These are the states where people live longest.