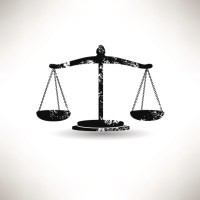 Source: thinkstock.com
Racial disparities in social and economic outcomes exist in all parts of the United States. Black Americans make about 62 cents for every dollar earned by white Americans. Black Americans are also twice as likely to be unemployed and considerably more likely to live in poverty.

In some places, these disparities are even more pronounced. In many of the worst states for black Americans, there are opportunities to get a good job, earn good pay, and buy a home in a good community. However, these opportunities are not uniformly accessible across racial lines. Based on an examination of a number of socio-economic measures, 24/7 Wall St. identified the worst states for black Americans.

Click here to see the worst states for black Americans

According to Dr. Valerie Wilson, Program Director on Race and Ethnicity in the Economy at the Economic Policy Institute, “You’re never going to find a state or city where the outcome for blacks are better than for whites.” For centuries, there have been stark differences in the conditions and opportunities black Americans have faced.

What Is The Biggest Obstacle Black Americans Face Today? in 24/7 Wall St.'s Polls on LockerDome

According to Dedrick Asante-Muhammad, Senior Director of the Economic Department at the NAACP Financial Freedom Center, “It’s one thing to end segregation, but it’s another thing to talk about billions of dollars of investment.” When the United States invested in a middle class in the 1940s and 1950s, it was in a white middle class, explained Asante-Muhammad. However, the country was “never willing to do that same type of investment to create a middle class that would be inclusive of African Americans.”

The effects of this unwillingness to invest in the black community are clear in the racial economic outcome gaps. According to the Bureau of Labor Statistics, for example, the national jobless rate for November was 5.8% nationwide. Among white Americans, the figure was 4.9%. Among black Americans it was 11.1%.

Segregation also creates different communities with different social services. The quality of schools, property values, the quality of services available, and the quality of food are all “legacies of racially segregated neighborhoods in this country,” said Wilson. Six of the worst states were home to nearly half of the 30 most segregated U.S. cities, according to a University of Michigan Institute for Social Research study on racial segregation in large metropolitan areas.

Few factors do more to improve people’s livelihoods than access to good jobs. High employment rates contribute to higher incomes, better health insurance coverage, as well as lower poverty rates. In eight of the worst states for black Americans, the difference between black unemployment rates and that of the whole workforce was higher than the national difference. Black Americans in these states also tended to have higher poverty rates, lower incomes, and lower educational attainment rates than both their white peers and black residents in other states.