Homeownership is prohibitively expensive for many Fresno residents. Median household income in the city is only $43,423, roughly $10,000 less than the national median. At the same time, property values are considerably higher than in much of the country. A typical Fresno home is worth $23,500 more than the $181,200 national median home value. The discrepancy between income and home values also likely explains the high share of area homeowners who finance with a mortgage. Of all homeowners in Fresno, 70.1% have a mortgage, a far greater share than the 63.8% of American homeowners.

Like other California cities with low homeownership rates, many Salinas residents are likely priced out of the housing market. While the incomes in the area tend to be slightly higher than they are across the country, higher pay is not enough to offset higher housing costs. A typical area home is worth $391,200, more than double the $181,200 national median home value. In Salinas, the typical mortgage holder pays $1,980 a month, over $500 more than the median mortgage payment across the country. The wide gap between incomes and property values has contributed to a 50.9% homeownership rate, one of the lowest of any U.S. metropolitan area. 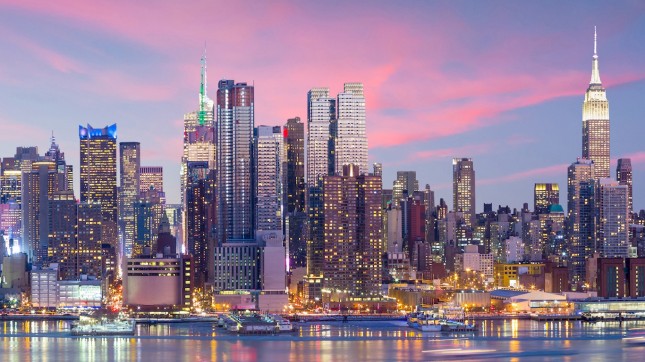 The New York metropolitan area can be characterized lately by rapidly rising home prices and rents, and low-income residents who are getting pushed farther and farther away from the city center as a result. The homeownership rate has declined by 13.4% in the past five years, compared to a national decline of 2.3%, and barely half of New York families and individuals own their homes. The typical home value of just under $396,000 is the 14th highest of any metropolitan area.

Not only are home prices high, but rent is exceedingly expensive in the city, which can prevent people from saving up money to eventually purchase a property. The median monthly rent for the metropolitan area is $1,281, the 14th highest in the country and nearly $350 higher than the national median.

Greenville is home to a number of colleges and universities, and nearly one in five metropolitan residents is currently working towards a postsecondary degree. College students are far more likely to rent than the typical adult, which may explain Greenville’s relatively low 50.5% homeownership rate. The area has also seen a significant 14.6% decline in homeownership over the past five years.

24/7 Wall St.
Beers With the Most (and Least) Calories

Las Vegas was among the areas hit hardest by the housing crisis. The housing market crash led to mass foreclosures and a surge in the city’s rental market. Between 2010 and 2014, when many in the area could no longer afford monthly mortgage payments, the homeownership rate plunged by 12.6%. Though it has been nearly a decade since the crisis hit, problems persist in the area. At just over 50%, homeownership in the metro area is among the lowest in the country. Many homeowners in Las Vegas are in dire financial straits, as one in four owe more on their home than their property is worth.