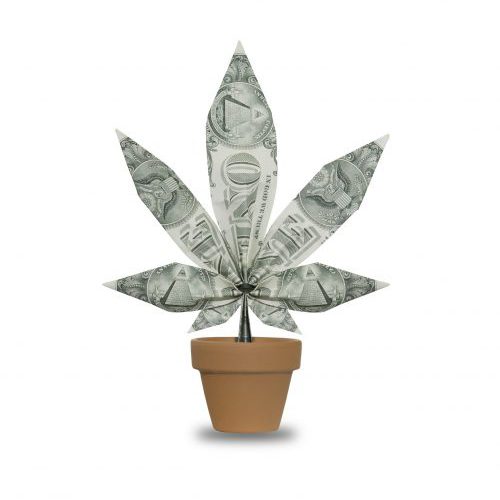 Source: Thinkstock
Four states and the District of Columbia have voted since 2012 to legalize the retail sale of marijuana. One main incentive of legalization is the tax revenue states receive from marijuana sales. The first two states to legalize marijuana — Colorado and Washington — began sales in 2014. After a slow start, tax revenues now exceed expectations in both states.

While the legal structure supporting marijuana sales would be quite different in each U.S. region, other states can begin to better understand the financial impact legalization would have on their states. The Tax Foundation used sales per capita in these two states and the assumption of a 25% effective tax rate to determine the potential tax revenue from marijuana sales in each state.

While tax revenue from marijuana sales exceeded expectations in both Colorado and Washington, the revenue increase remains small relative to the overall state tax revenue. This could support arguments of both those who claim the financial incentives are enough to push for legalization, and those who claim they are not worth the potential risks.

Click here to see the potential tax revenue from recreational marijuana in each state.

Click here to see the 14 next states to legalize pot.

For example, based on a 25% tax rate — the lowest among the four states that legalized marijuana — potential annual revenues for states legalizing marijuana would likely range from $16 million in less populated states such as Wyoming to $1.1 billion in California. When compared to all tax revenue statewide, the percentage increase of this potential revenue ranges from only a 0.3% increase in state tax revenue in North Dakota to a 1.6% increase in New Hampshire.

Increasing tax revenues is not the only financial benefit of legalization. States also save from spending less on enforcing marijuana laws. However, this saved money is at least partially repurposed to regulating the new market.

To identify the potential tax revenue from the sale of marijuana in every state, 24/7 Wall St. used estimates based on sales per capita in Colorado and Washington from The Tax Foundation. All potential revenues are based on a 25% tax rate. Total state tax revenues are from the U.S. Census Bureau. Marijuana usage figures are from the Substance Abuse and Mental Health Services Administration. The likelihood of legalization is based on two previous analyses from 24/7 Wall St.

This is the potential tax revenue from marijuana sales in every state.