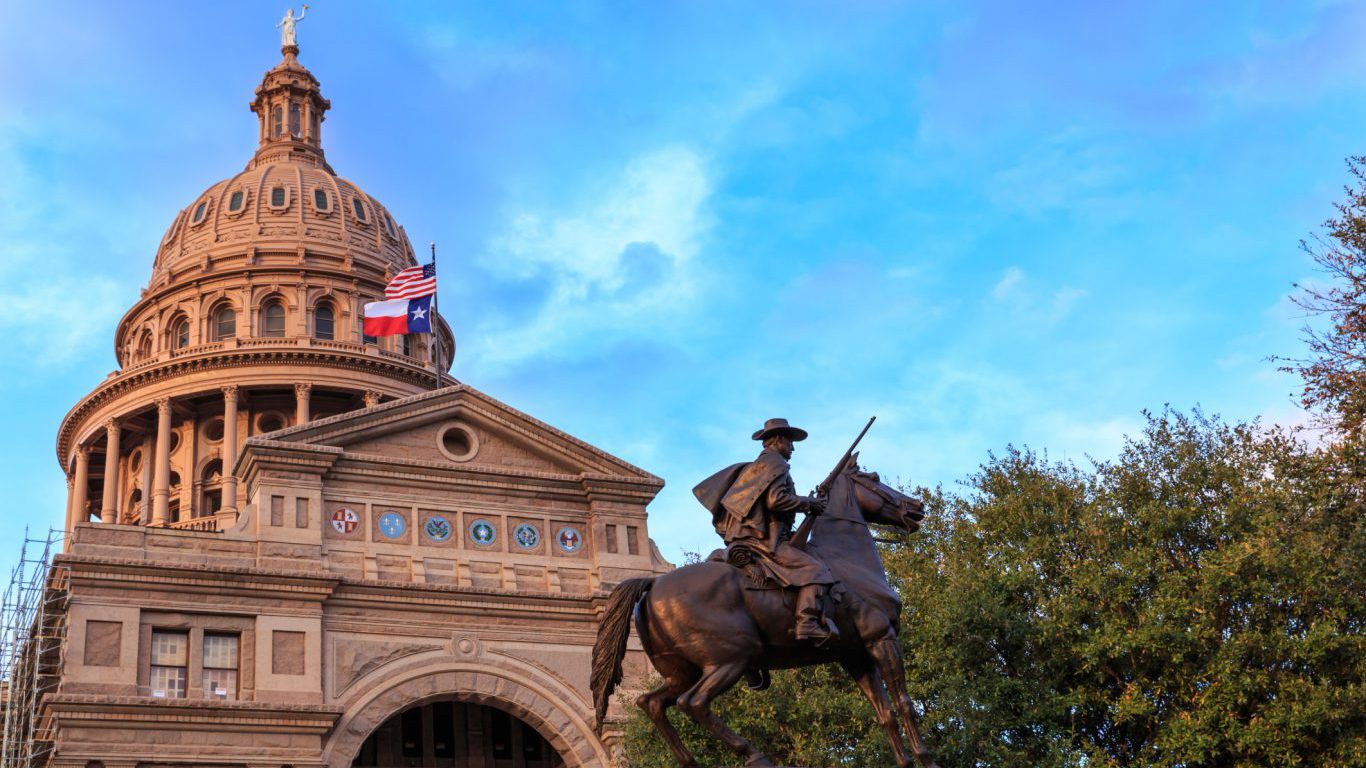 An average of just about 55% of the Texas electorate managed to make it to the polls in the last four presidential contests. Voter turnout was even lower in the Lone Star State in the midterm elections. Participation bottomed out in November 2014, when only 34.6% of the state electorate made it to the polls. That year, 31.7% of those who did not vote in Texas cited a conflicting work or school schedule.

A solidly red state, the Republican presidential nominee has won Texas by at least an 11.8 percentage point margin in each of the last four elections. A Democratic candidate has not won the state since Carter beat Ford in 1976.

In each of the last four presidential elections, Tennessee has never had more than 55.7% of eligible voters go to the polls. During the 2000 presidential election, just 53.7% of the Tennessee electorate voted compared to a national turnout rate of slightly less than 60%. This is particularly surprising given the fact that former Vice President Gore — who ran that year opposite eventual winner Bush — had been a legislator in the state for years. Gore was also a U.S. senator representing the state from 1984 until his assumption of the vice presidency after the 1992 election.

Education often leads to greater political involvement, and those with bachelor’s degrees are significantly more likely to vote than those with less education. Just 25.3% of Tennessee residents 25 and older have graduated from college compared to 30.1% of all U.S. adults, which could partially explain the low voter turnout rate. 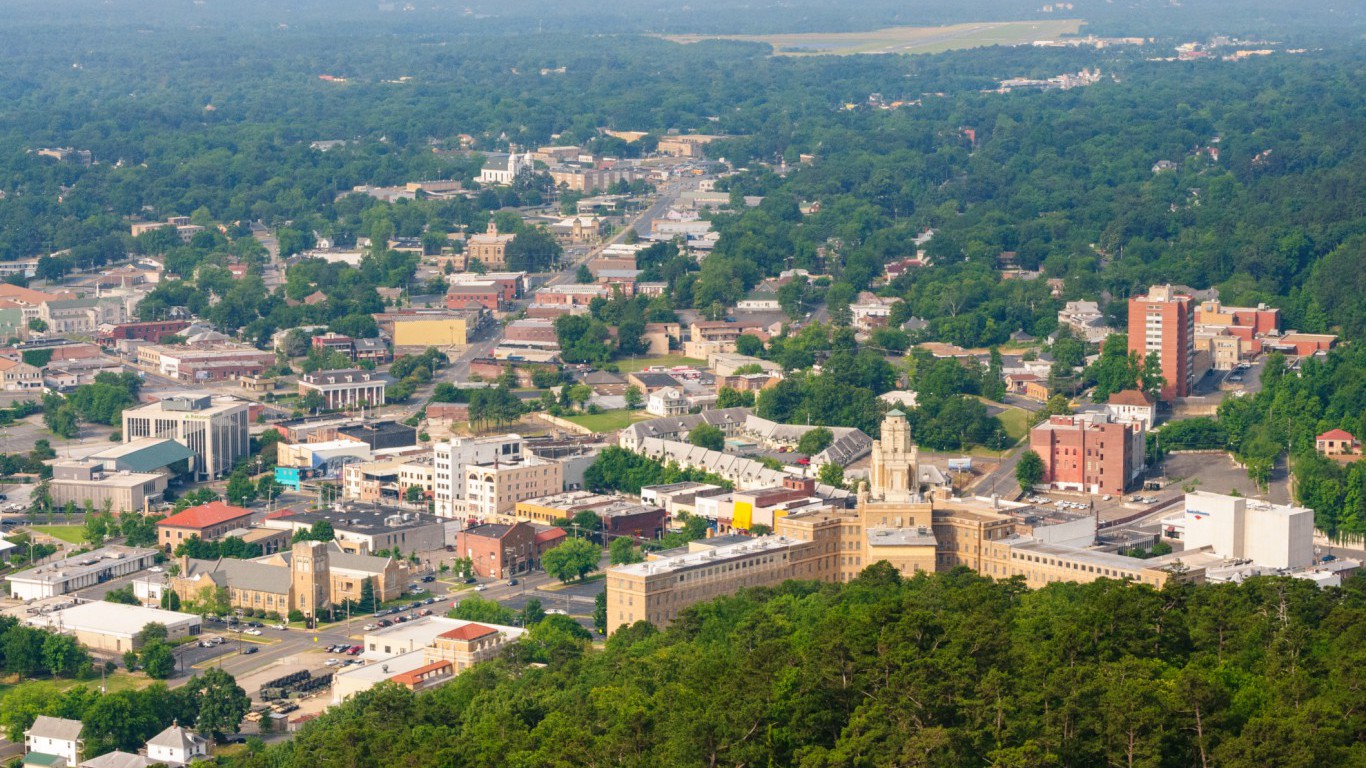 Education is one of the best predictors of voter turnout. In Arkansas, the collegiate attainment rate of 21.4%, which is well below the 30.1% national figure, may partially explain the low voter turnout in the state. Political races in Arkansas are not especially competitive either, as the state has consistently supported the Republican nominee in general elections. In the last four presidential elections, a Republican won the state by an average margin of about 15 percentage points.

Americans tend to vote when they feel their vote will matter, and the strong Republican base in Arkansas may cause residents to feel their votes are less influential. Of the voting-age population who did not vote in the 2012 election, 21.7% said they were too busy with work or school conflicts on voting day. 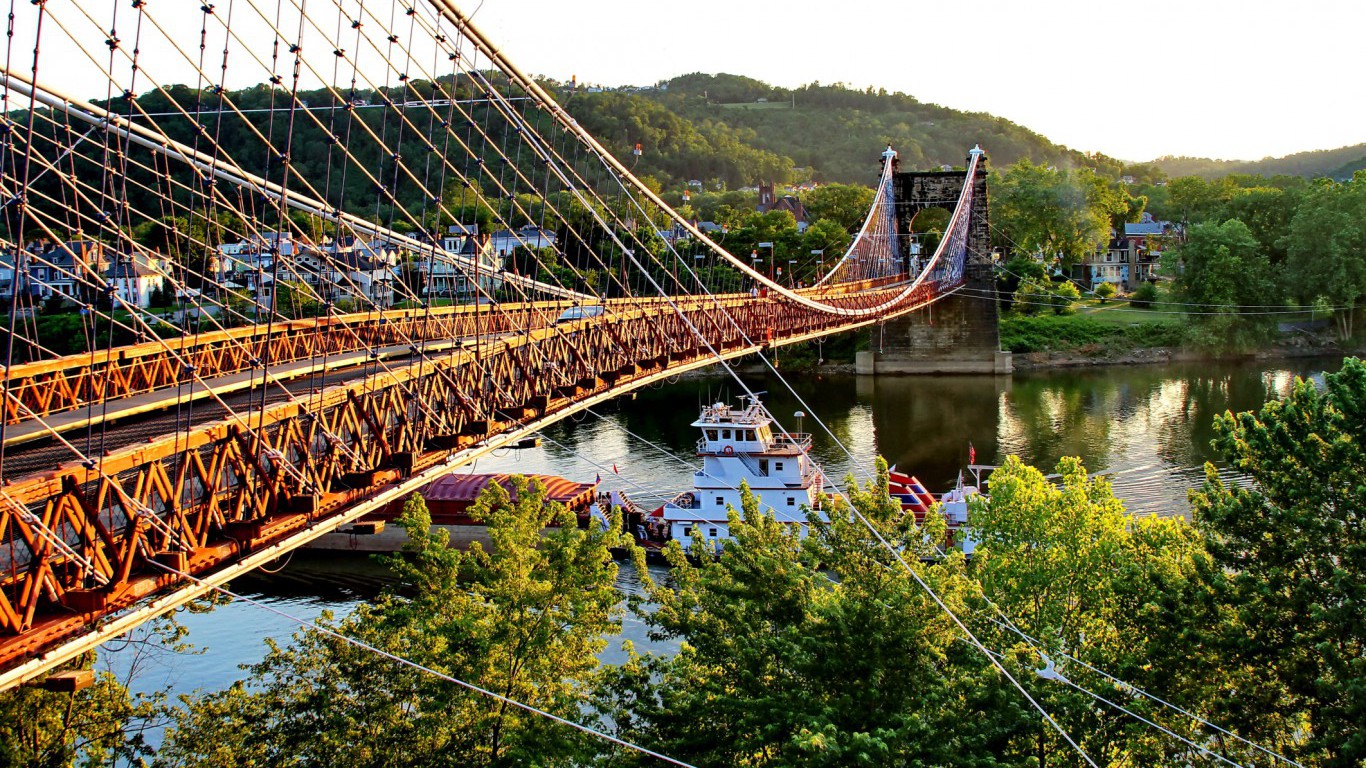 With the exception of Hawaii, no state in the country has a lower average voter turnout rate than West Virginia. An average of only 52.9% of the electorate managed to make it to the polls in the four most recent presidential elections. As was the case across the country, voter turnout was even lower in midterm elections. Over the course of the last 18 years, participation bottomed out in the state in the 2014 midterm elections, when only 33.6% of eligible voters in the state made it to the polls. That year, a conflicting work or school schedule was the most commonly cited reason for not voting.

Though a majority of voters in West Virginia preferred the Republican presidential candidate in each of the last four races, before that, the state did not always side with the GOP. In 1988, West Virginia went to Dukakis, the Democratic nominee, and in both 1992 and 1996, West Virginia voters preferred Clinton, also a Democrat.

Americans are less likely to vote when they believe their vote will not make a difference in the final outcome. As a result, the least contested states tend to have lower turnout rates, while the most politically polarized states often have higher voter turnout rates. In Hawaii, where Obama beat Romney by nearly 43 percentage points in the most recent election, voter turnout is the lowest in the country. Hawaii has almost always been a strongly Democratic state.

To improve voter turnout, Hawaii lawmakers have recently passed legislation that will allow residents to register to vote on Election Day. Numerous academic studies have claimed such legislation can increase voter turnout by 7 to 14 percentage points.