States with the Highest (and Lowest) Voter Turnout 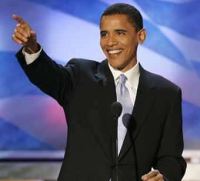 The 2012 presidential election between President Barack Obama and challenger Mitt Romney is heading into the final months. Soon, media coverage increasingly will focus on voter turnout — especially in battleground states. In 2008, when Obama faced off against Republican challenger John McCain, turnout among the voting eligible population was 61.6%, according to data compiled by George Mason University’s United States Election Project. This is an improvement from 60.1% in 2004 and 54.2% in 2000.

At the state level, turnout varied significantly, ranging from 77.8% to 48.8%. Based on turnout data provided by the U.S. Election Project, 24/7 Wall St. identified the 10 states with the highest and lowest voter turnouts in the most recent presidential election.

Based on 24/7 Wall St.’s independent analysis of U.S. Census Bureau data, education was a strong predictor for voter participation. For those with a bachelor’s degree, voter turnout was 77%. It was 39.4% among eligible voters with less than a high-school education.

Michael McDonald, associate professor in Government Politics at George Mason University and director of the project, confirmed these findings. “We do see that there is a strong correlation with education and turnout — of those with a Ph.D., over 90% … are voters, according to various surveys. And of course, if you are at the other end of the scale, you’re looking at much lower turnout rates, sometimes under 50%,” he told 24/7 Wall St.

According to the Census report, there was a similarly strong relationship between turnout and income. Turnout of voting-age individuals with household income of less than $20,000 was just 51.9%. Turnout rose to 79.8% for households earning $100,000 or more.

High turnout by state is not determined just by demographics. The ease of access to registration, social media campaigns and the state-specific policies have all been shown to have an impact on voter participation. Currently, eight states and the District of Columbia allow election-day registration, and five of them are on the list of the 10 with the highest turnout.

Using data from the George Mason report, 24/7 Wall St. looked at the percentage of eligible voters who turned out to vote in the presidential election in 2008, 2004 and 2000. For each election, we also reviewed each state’s voting-age population, voting-eligible population and how many voters were disqualified from voting due to factors such as noncitizenship and felonies. In addition, we looked at state data from the U.S. Census Bureau for median income, poverty, educational attainment, race and age for 2010. Finally, we looked at states’ voting patterns in recent presidential elections and the political party of the incumbent governor to determine whether turnout is higher in “swing states” and lower in states where one political party dominates.

These are the 10 states with the highest and lowest voter turnout rates.