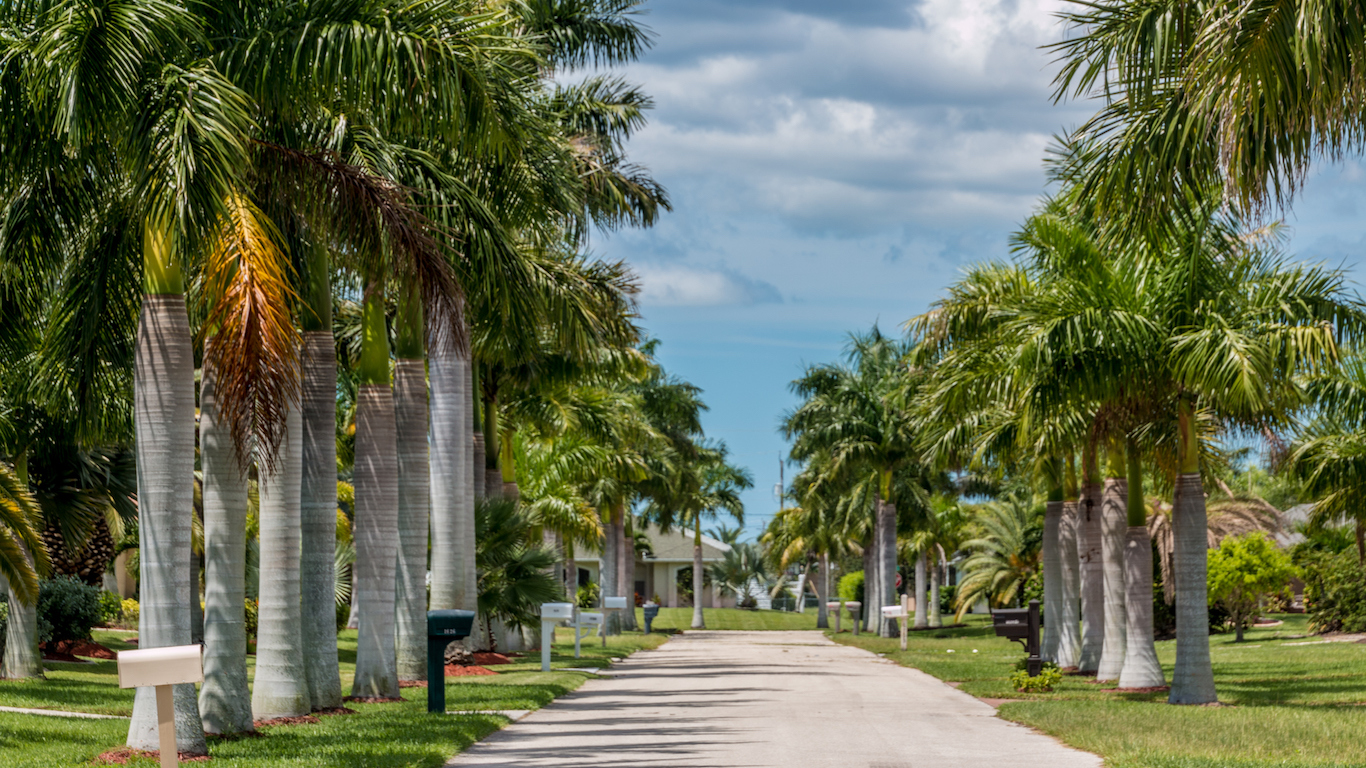 One of the most important factors in heart attack prevention is maintaining healthy cholesterol levels. In the Cape Coral-Fort Myers metro area, 32.5% of adults have high cholesterol, one of the largest shares of any metro area. In health-related risk factors, however, Cape Coral residents rank relatively favorably. Just 10.1% of adults have diabetes, and 26.5% are obese — smaller shares than in most major metropolitan areas.

Many Cape Coral residents may be at a higher risk of heart attack regardless of their health. Heart attacks are far more prevalent in older age. Roughly 80% of all heart disease deaths nationwide occur in Americans 65 and older. Cape Coral is one of the metros with the oldest populations in the country. More than one in four residents are 65 and older, among the highest concentrations of any city. 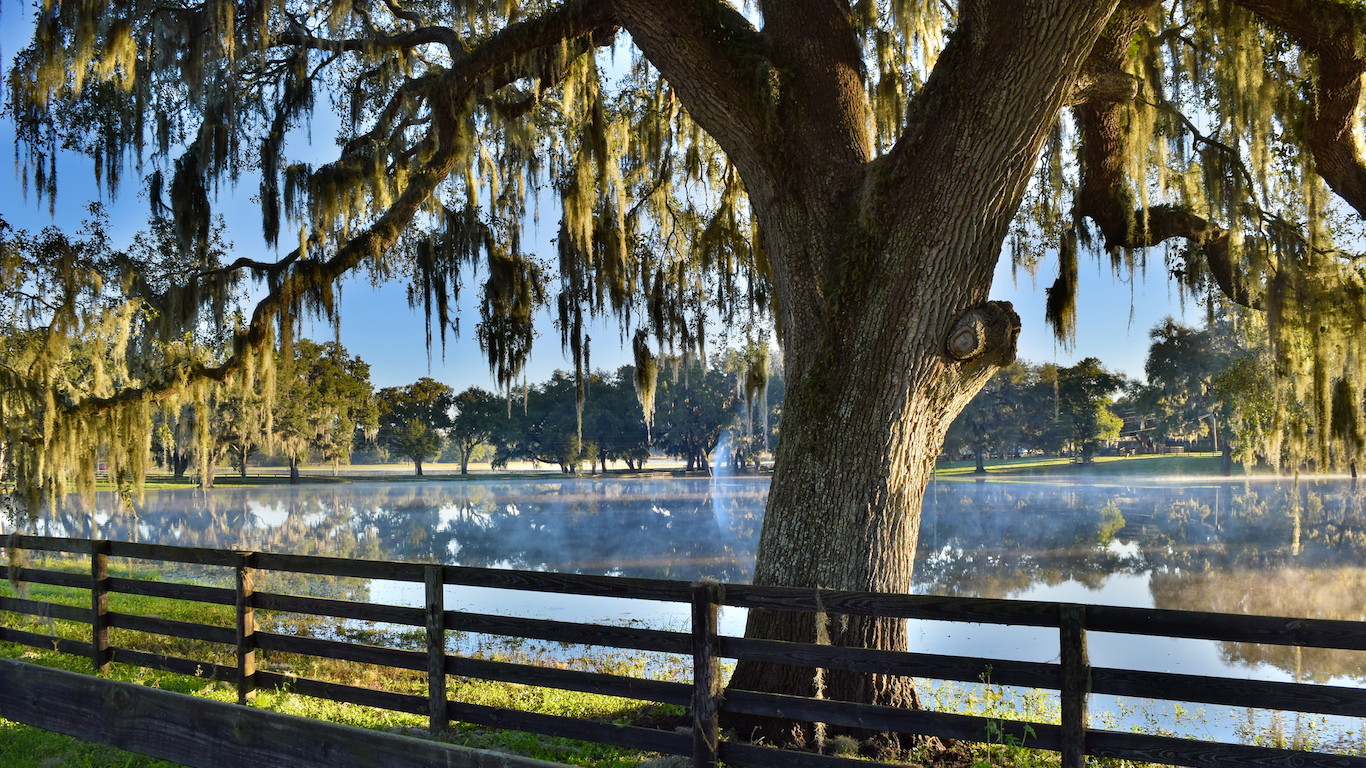 By many measures of cardiovascular health, Ocala residents are at a greater risk of heart attack than the majority of U.S. metro areas. The American Heart Association estimates that adults are two to four times as likely to die of a heart attack or stroke if they have diabetes, a condition which affects 15.0% of Ocala adults. Additionally, 37.8% have high blood pressure, and 32.8% have high cholesterol — some of the largest shares nationwide. An estimated 6.3% of Ocala adults have had a heart attack, one of the largest shares of any city.

The prevalence of cardiovascular disease increases dramatically with old age, and about four out of every five of all people who die from heart disease nationwide are 65 and older. In the Ocala metro area, 28.3% of residents are 65 and older, compared to the 14.9% share across the nation who are senior citizens. 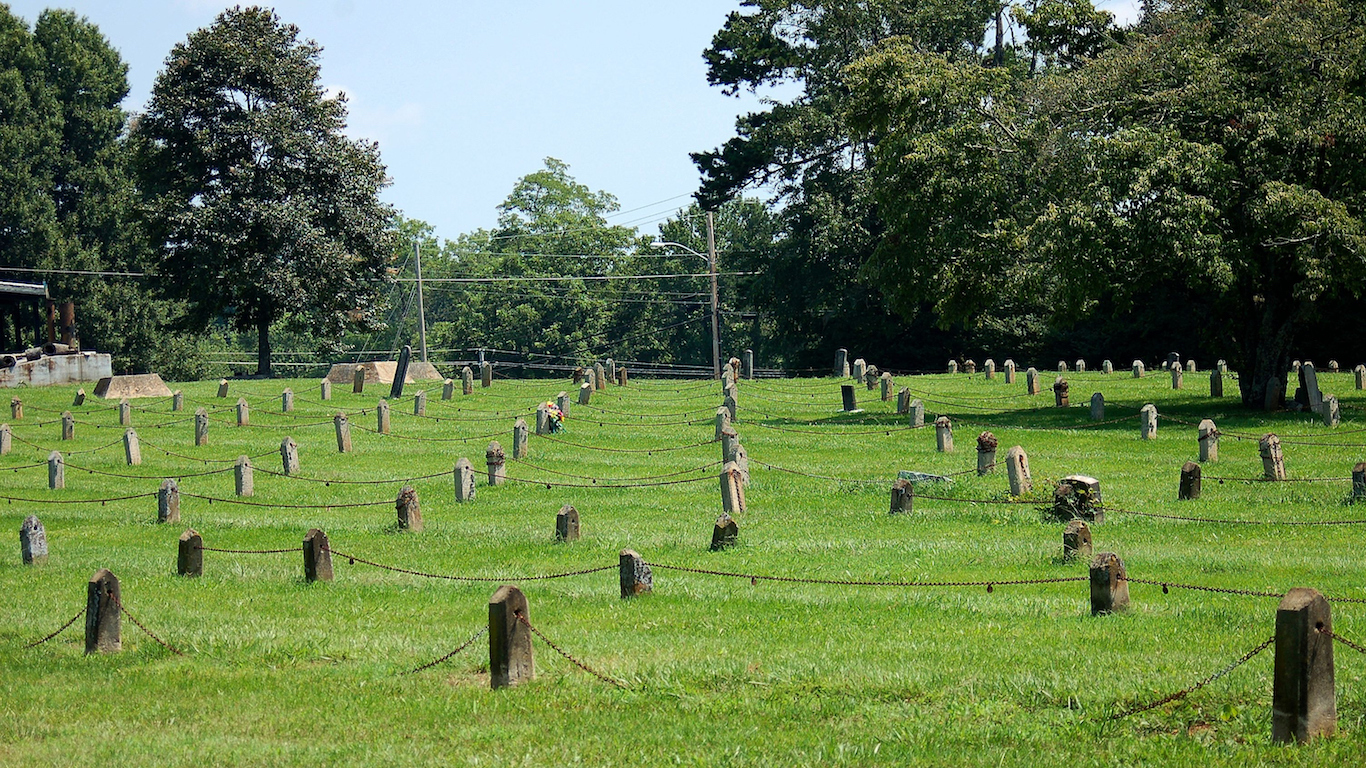 The Hickory-Lenoir-Morganton metro area is one of many relatively poor, rural places where residents are at an increased risk of heart attack. The typical Hickory household earns $40,380 annually, far less than the $55,775 national median household income. Physical activity can help control weight, blood pressure, and cholesterol levels, potentially reducing the risk of heart disease. However, fewer than three in five Hickory residents have access to opportunities for physical activity.

In the Hickory-Lenoir-Morganton metro area, 34.9% of adults are obese, 38.8% have high blood pressure, and 30.1% have high cholesterol — some of the largest shares nationwide. Additionally, 16.8% have diabetes, which more than doubles the risk of heart attack or stroke in adults.