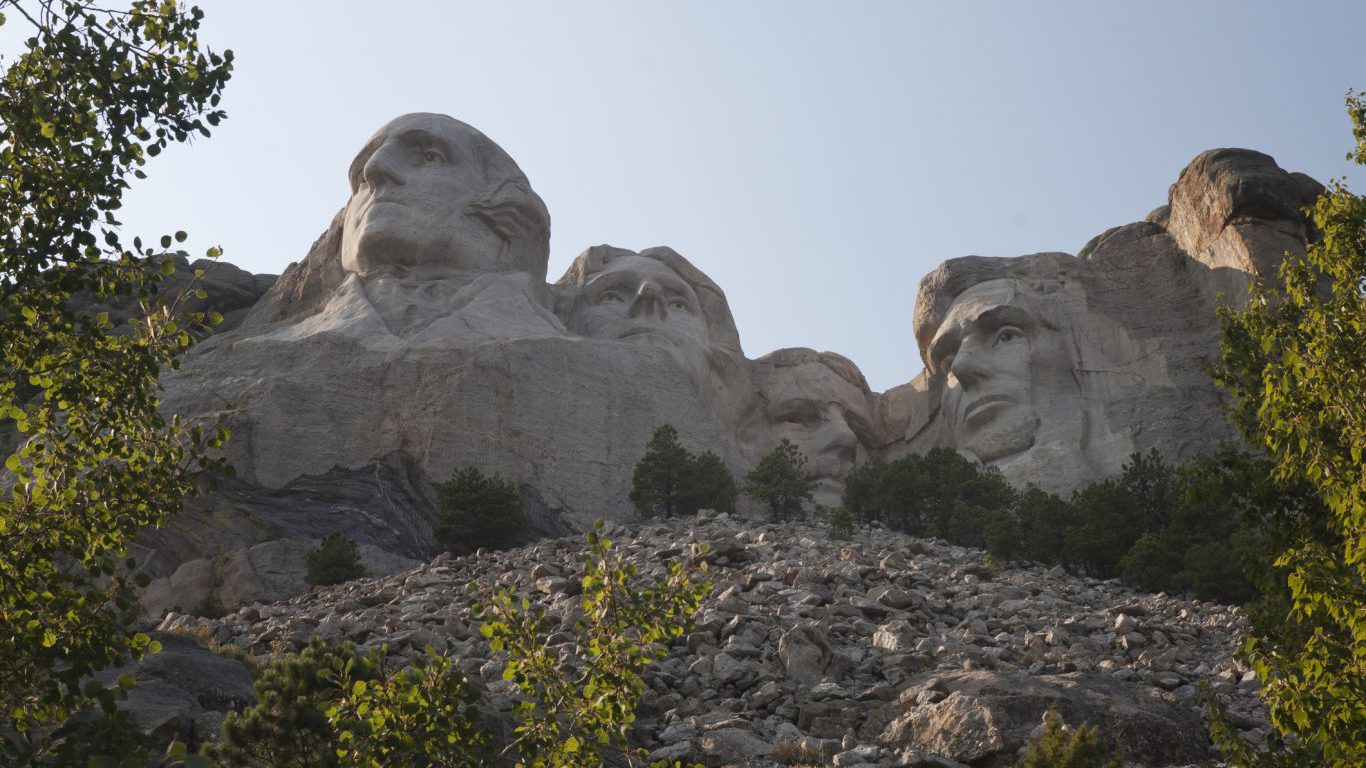 South Dakota has one of the healthiest economies in the country. Only 2.8% of the state’s labor force is out of a job, the second lowest state unemployment rate in the country. In addition to a healthy job market, incomes are more evenly distributed in South Dakota than in most other states.

This may not remain the case for much longer, however. In the last five years, incomes among the middle 20% of earners have increased by only 5.0%, slightly slower than the 5.3% income growth among comparable households nationwide. Meanwhile, incomes among the wealthiest 20% of households in the state have gone up by 9.8%, higher than the comparable 8.4% average national income growth in the top quintile. 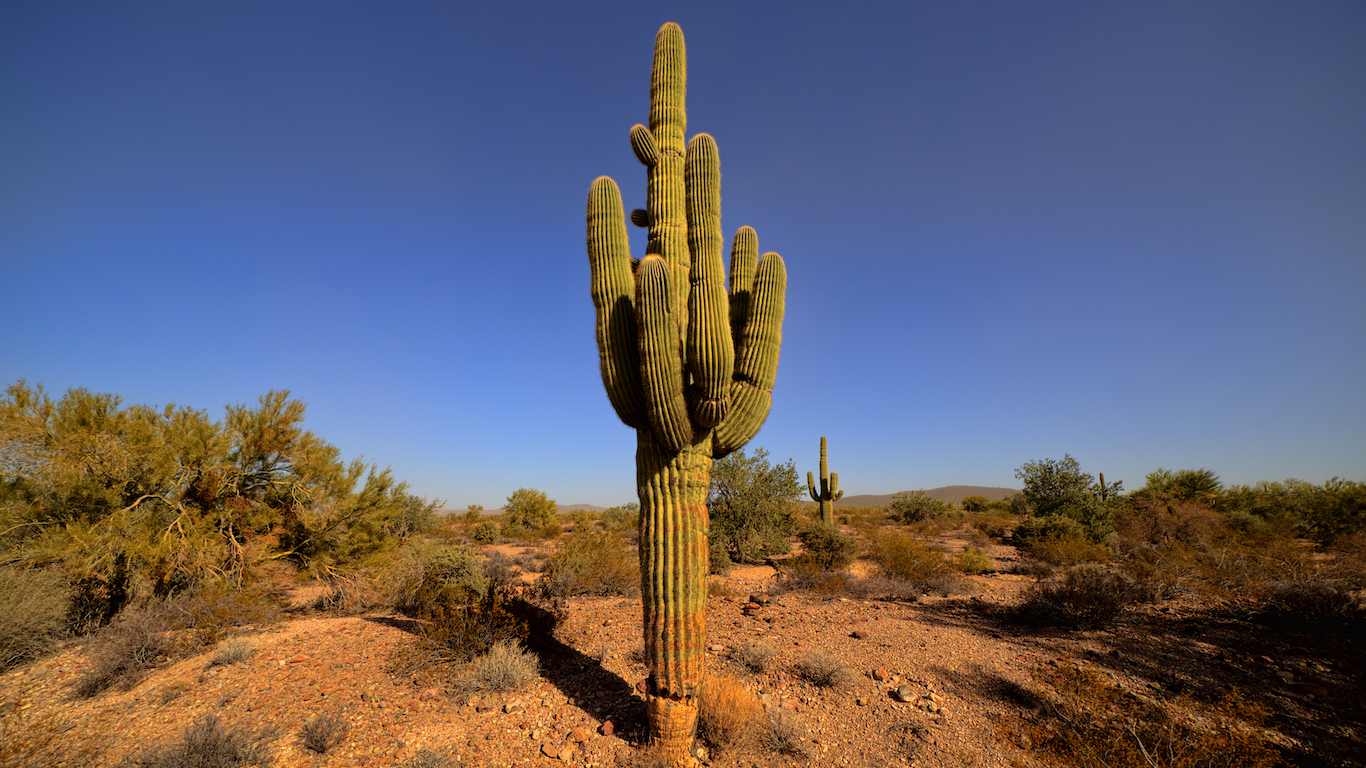 Arizona is one of a handful of states where incomes are rising rapidly for the wealthiest 20%, while middle class household incomes remain relatively stagnant. Arizona’s middle class accounts for just 14.6% of state income, down from 14.9% in 2011. Meanwhile, the state’s top quintile of earners account for 50.5% of income compared to 49.5% half a decade ago.

Income growth disparity is one of several challenges the state faces. Poverty and joblessness are also major issues. Some 17.4% of Arizona residents live in poverty, well above the 14.7% national poverty rate. And, some 5.6% of the Arizona labor force is out of a job, slightly higher than the 4.9% national unemployment rate. 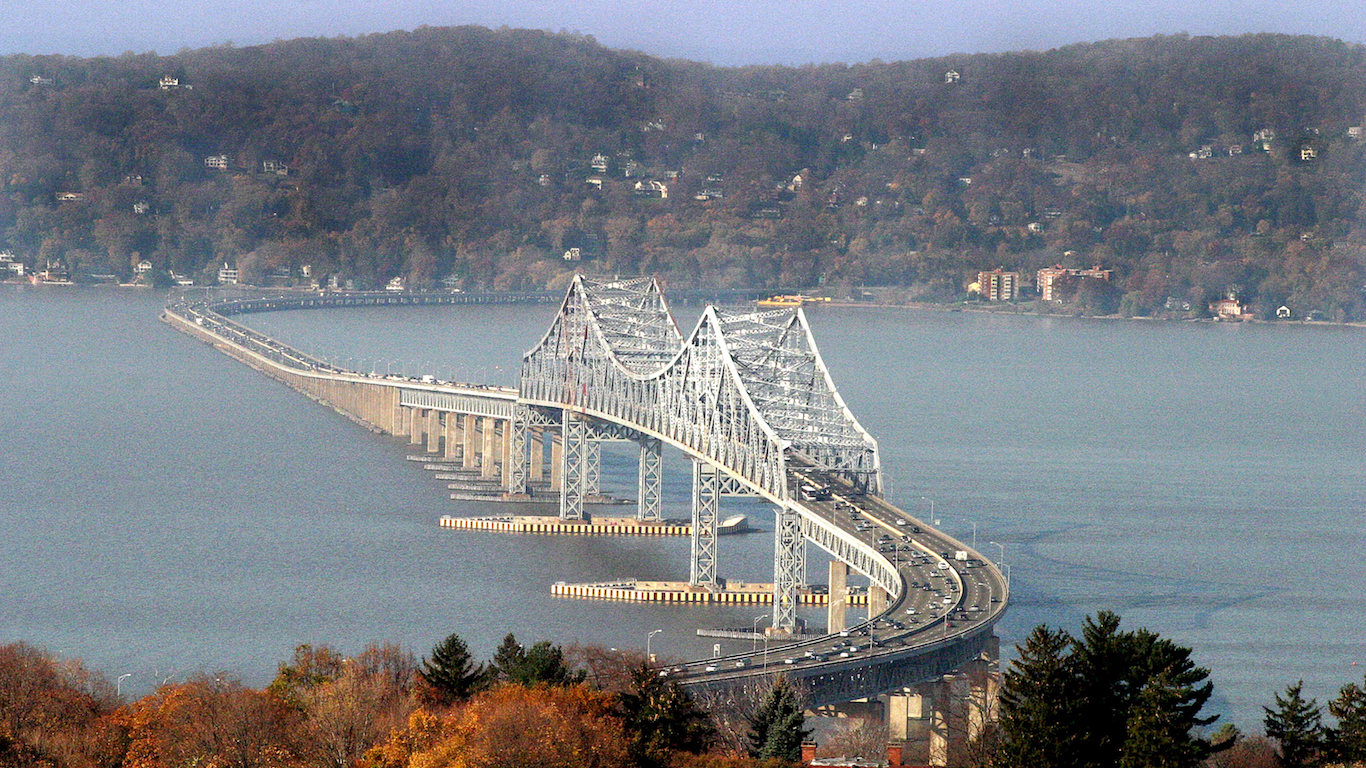 Income inequality is more pronounced in New York than in any other state in the country. The top 20% of earners in the state account for 54.2% of all income annually, the largest share among all states. Meanwhile, the state’s middle class households earn the equivalent of only 13.5% of all incomes, the smallest share in the country. The disparity appears to be getting worse. Incomes among the state’s highest earning households have increased by 8.7% over the last five years, while middle class incomes have increased by a relatively slight 4.4%.