The Eight States With The Highest Minimum Wages 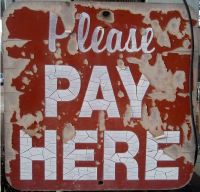 The highest rate in almost 30 years, nearly one and six Americans lived in poverty last year, according to recently released data from the U.S. Census Bureau. Many states choose to combat poverty rates by increasing the minimum wage. As of this year, 18 states have set a minimum wage higher than the federal minimum of $7.25 per hour, according to the National Employment Law Project (NELP). 24/7 Wall St. examined the eight states with minimum wages of $8.00 or more – at least 10% higher than the federal mandate.

Read: The Eight States With The Highest Minimum Wages

The states with the highest minimum wages are primarily in New England and on the West coast. They “tend to be those with very high costs of living, or those that allow ballot initiatives — which enable the voters to cut through gridlock and raise the minimum wage on their own,” Paul Sonn, Legal Co-Director of NELP, told 24/7 Wall St. in an email.

Nearly all of states have particularly strong union representation, the kind of motivating force that gets minimum wage legislation passed, according NELP. High cost of living appears to be another driving force for an increased minimum wage. Six of the eight states on the list have among the fifteen highest costs of living in the country.

24/7 Wall St. reviewed minimum wage data by state from NELP to identify the eight states with the highest minimum wage. Median household income values from the U.S. Census Bureau and union membership rates from the Bureau of Labor Statistics was also reviewed. Cost of living data was obtained from the Missouri Department of Economic Development.

These are the states with the highest minimum wage.

This Is the American Industry Cutting the Most Jobs