The States Where the Rich Are Getting Richer 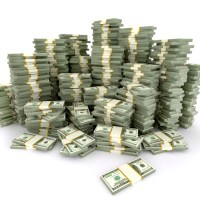 Source: Thinkstock
Income inequality has widened in all 50 states in the last few decades. More recently, as the United States recovered from the latest recession, the gap between the richest and poorest residents in many states has increased. From 2009 to 2012, a period of economic recovery in the U.S., income growth has varied considerably between states but not between income brackets. Top earners have disproportionately captured the bulk of the income growth across all states.

Based on “The Increasingly Unequal States of America,” a report published by the Economic Policy Institute (EPI), 24/7 Wall St. reviewed the 10 states where incomes of the top 1% of earners grew the fastest from 2009 to 2012. Income was measured before taxes and included income from wages, salaries, pensions, profits, dividends, interest, rents, and realized capital gains. All government transfers as well as non-taxable benefits were excluded from income figures.

Should The Wealthiest Americans Pay Higher Taxes? in 24/7 Wall St.'s Polls on LockerDome

Over the 2009-2012 period, 105.5% of all of the income growth was captured by the top 1%. In other words, the top 1% of earners captured all of the growth, and more, as incomes of other cohorts declined. Additionally, the top 1% of earners accounted for at least half of income growth in 39 states over that time. In four of the 10 states — California, Colorado, Michigan, and Massachusetts — average income increased exclusively for the top 1%, while it declined for the bottom 99%. West Virginia was the only state where the income growth among the bottom 99% exceeded that of the top 1%.

No income bracket reported faster income growth than the top 1% in any of the 10 states. The richest 20% of earners in these 10 states also had fast-growing incomes. Incomes among the top quintile grew by at least 1.3% in seven of the 10 states from 2009 to 2013, versus the comparable national growth rate of 0.4%.

People living in the states where incomes among the top 1% grew the fastest from 2009 to 2012 also had relatively high incomes across the board. The median household income in all but four of the 10 states exceeded the national median income of $52,250 in 2013.

While members of the financial sector and leaders of major corporations were among the hardest hit by the Great Recession, they also experienced the strongest recovery. In an interview with 24/7 Wall St., Mark Price, coauthor of the study and a labor economist at the Keystone Research Center, explained that in these states as well as across the nation, the financial and top management sectors were the primary drivers of income growth among the top 1%. Price explained that states with lower concentrations of people working in the financial industry were actually much less likely to have fast-growing incomes among the top 1%.

Price explained that compensation for labor has accounted for the vast majority of income growth, even among top earners. However, that compensation often takes very different forms, and in many cases is closely tied to stock market performance. “One of the key drivers of course is the way in which top executives are compensated, these complicated schemes of stock options,” Price said.

Another way for many among the top 1% of earners — such as top managers and members of the financial sector — to add to their incomes is through dividends and returns on investments. Growth in dividend payments from 2009 through 2012 accounted for 26.2% of the aggregate personal income growth nationwide. At the state level, the comparable figure in six of the 10 states exceeded the national average contribution.

According to Price, not only do top earners “have a bit more economic power and are able to extract gains,” but “the pattern of the last 35 years is that the top actually does better in recovery.” As the rich continue to become richer, it only becomes more difficult for middle and low earners to catch up. Price explained that in the mid 20th century, when the economy expanded during a recovery, the bulk of income growth was captured by the bottom 99% of earners. Now, however, the middle class is not going to catch up “unless something fundamentally changes about the economy.”

To identify the 10 states where the rich are getting richer, 24/7 Wall St. reviewed average real income growth from 2009 through 2012 among the top 1% of earners in each state. This data, as well as average real income growth for all residents and the bottom 99%, average incomes, top to bottom ratios (the relationship between average income among the top 1% and bottom 99% of earners), and income thresholds also came from “The Increasingly Unequal States of America,” a study by Estelle Sommeiller and Mark Price published by the EPI. The authors derived average income growth from taxable income data, net of inflation. We also reviewed unemployment data from the Bureau of Labor Statistics and an assortment of figures from the U.S. Census Bureau’s 2013 American Community Survey. In addition, we looked at the Bureau of Economic Analysis’ quarterly personal income detailing wages and salaries, dividend, and total personal income including government transfer payments such as Social Security benefits and unemployment insurance.

These are the states where the rich are getting richer.