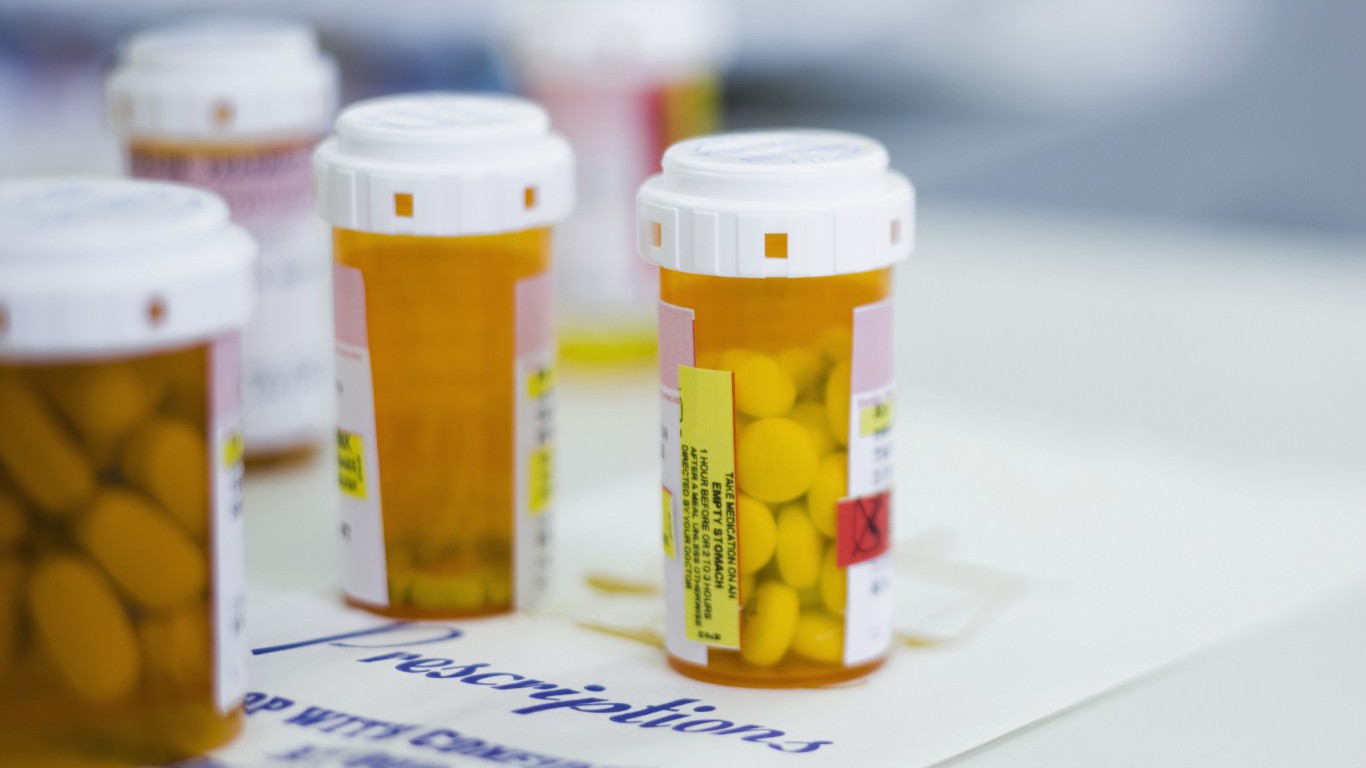 While demand of a product often fluctuates according to its price, demand of prescription drugs is far more stable. Despite heavy competition, in recent years pharmaceutical companies have raised the prices of a number of widely used prescription drugs. In 2016, Pfizer, the nation’s largest drug manufacturer, raised the price of approximately 130 of its products by 10% or more. Since 2011, four of the top 10 prescription drugs in the U.S. have more than doubled in price. Such price hikes are just a few of the many examples of major drug manufacturers increasing the cost of life-saving treatments, despite harsh criticism from Congress and the public. The price of prescription drugs rose by more than 40% between 2006 and 2016, and now accounts for nearly in every five dollars spent on health care. 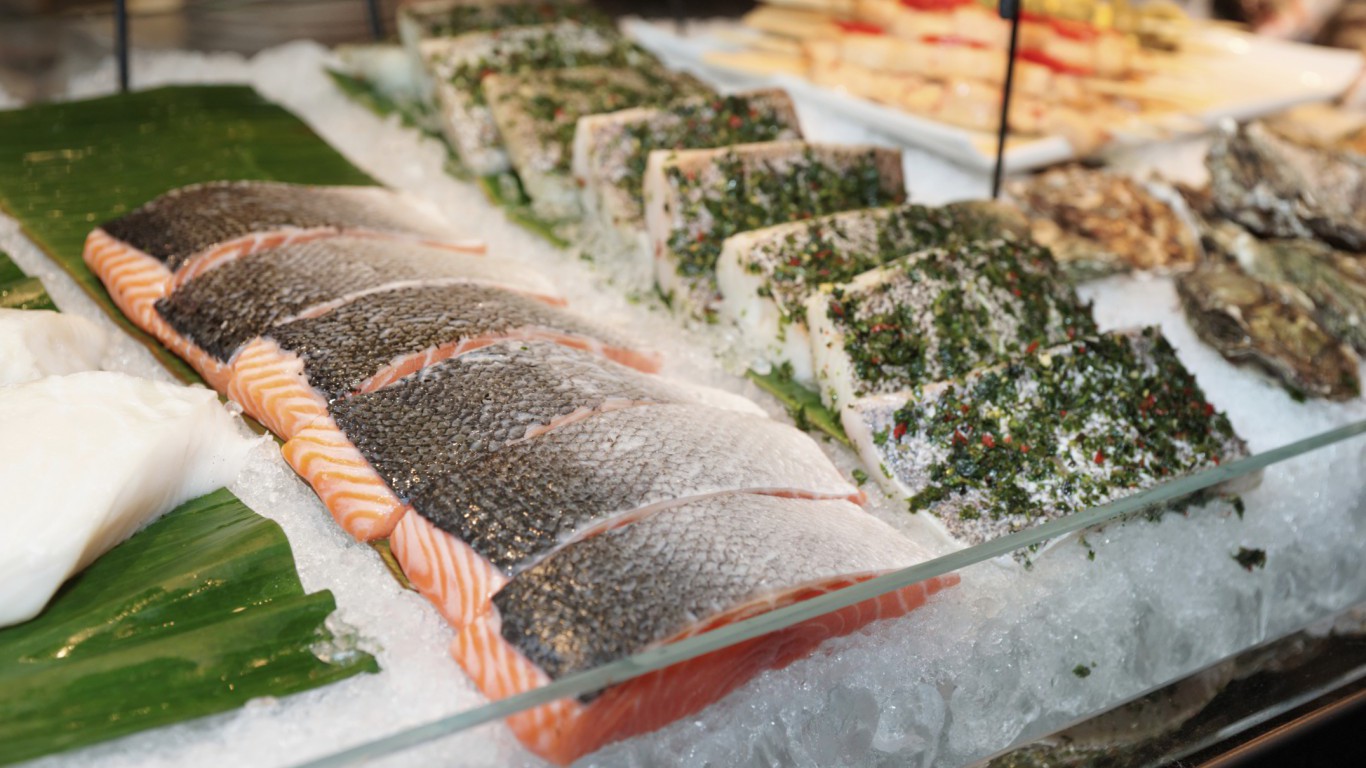 The U.S. aquaculture industry largely consists of catfish, trout, salmon, tilapia, hybrid striped bass, sturgeon, walleye, and yellow perch. Most seafood available for consumption in the United States is imported and consists of shrimp, salmon, and canned tuna. The increase in the price of seafood likely stems from rising demand for fish worldwide, particularly in China. The increased demand has been an economic boon for major seafood-producing countries. Norway, for example, which accounts for roughly half of the world’s salmon, exported a record-high amount of seafood in 2015.

The price of uncooked ground beef increased by 46.3% over the past decade, more than nearly any other food item. Other cow products, such as uncooked beef steaks, have also increased in price faster than most grocery items. The spike in the price was largely the result of a beef supply shortage. Years of drought in the top cattle-producing regions of the country, followed by rising feed and energy prices, led to reduced cattle inventories. As the total number of cattle and calves on U.S. farms fell by roughly 6 million head between 2005 to 2015, the average retail price of Choice beef increased from $4.09 a pound to a record-high $6.29 per pound. High retail prices have led to reduced beef consumption in the United States. Americans consumed roughly 3 billion pounds less beef in 2015 compared to 2005. 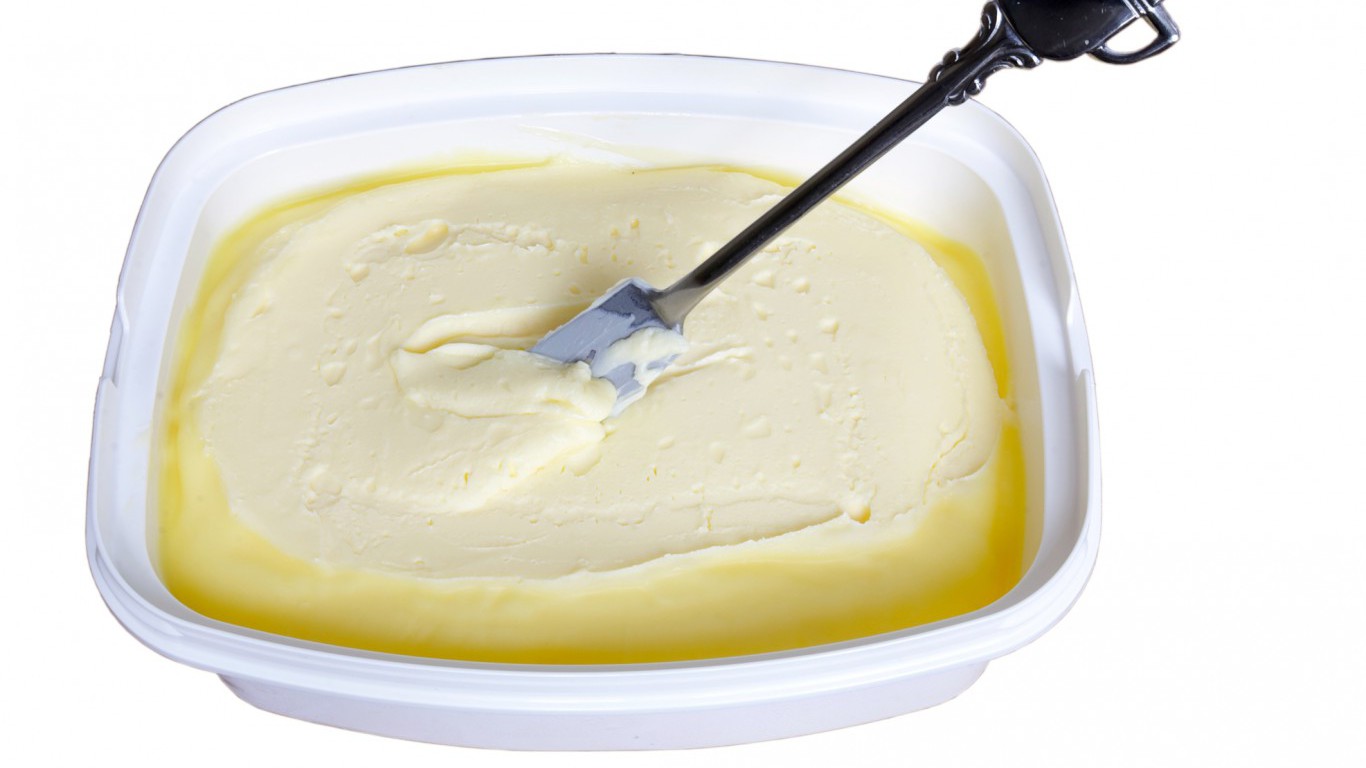 The price of margarine increased by 63.6% between 2006 and 2016, the second largest price hike of any grocery product. Consumers often substitute margarine with butter, and therefore the demand for one may affect the price of the other. While shortages and rationing of butter in World War II led Americans to consume more margarine than butter per capita by the mid-1950s, by 2010 butter had surpassed margarine as the most consumed spread in the United States. The rising demand for butter is likely in part due to new research which has reduced the negative perception of saturated fats, previously thought to be less healthy than the trans fats found in margarine. Rising margarine prices may also have helped butter’s rise in popularity. While the price of margarine rose by more than double the 27.8% average increase across all foods over the past decade, the price of butter rose by just 21.4%. 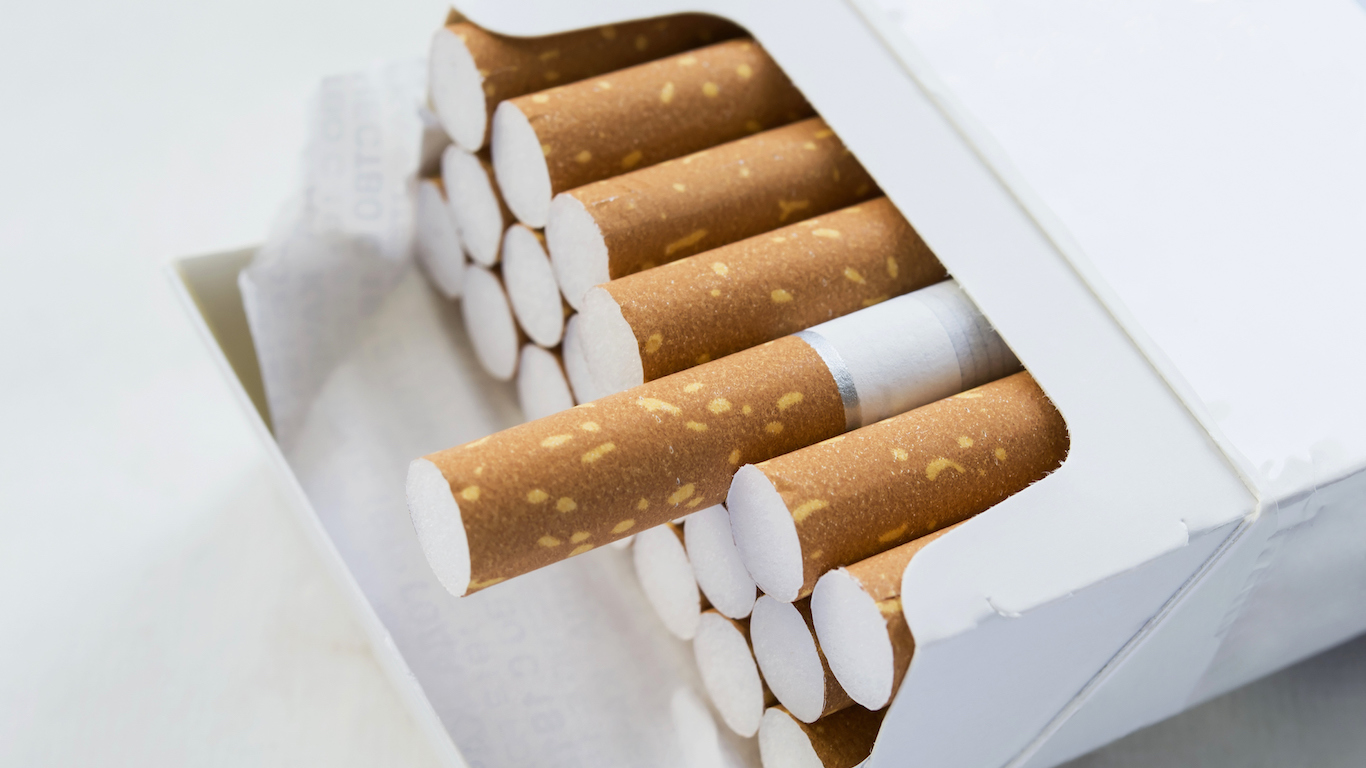 The price of cigarettes rose by 90.4% over the past decade, more than four times the average price increase of all goods over the same period. The largest hike occurred in 2009, when Congress and President Obama increased the federal cigarette tax from 39 cents to $1.01 per pack. The price increase has likely led to a decline in tobacco sales and overall smoking behavior. Over the past decade, the U.S. adult smoking rate has fallen from 20.9% to 16.8%. The youth smoking rate fell even further, declining from 23.0% of all high school students in 2005 to 10.8% in 2015 — the lowest level since the youth smoking rate was first measured in 1991.