Businesses may have little difficulty attracting qualified workers in New Hampshire. An estimated 93.1% of residents have at least a high school diploma, and 35.7% a bachelor’s degree, the second and eighth highest such rates of any state. New Hampshire residents also enjoy relatively abundant amenities and other indications of a high quality of life, which can make an area more attractive to business and prospective employees. There are 57 art, entertainment, and recreation establishments per 100,000 people, one of the highest such figures nationwide. Just 199 violent crimes were reported per 100,000 New Hampshire residents in 2015, the fourth lowest crime rate of any state.

Low crime levels are likely tied to the state’s low poverty and unemployment rates. Just 3.4% of New Hampshire’s workforce is unemployed, and 8.1% of the population lives in poverty, far below the corresponding 5.3% and 14.7% national rates. 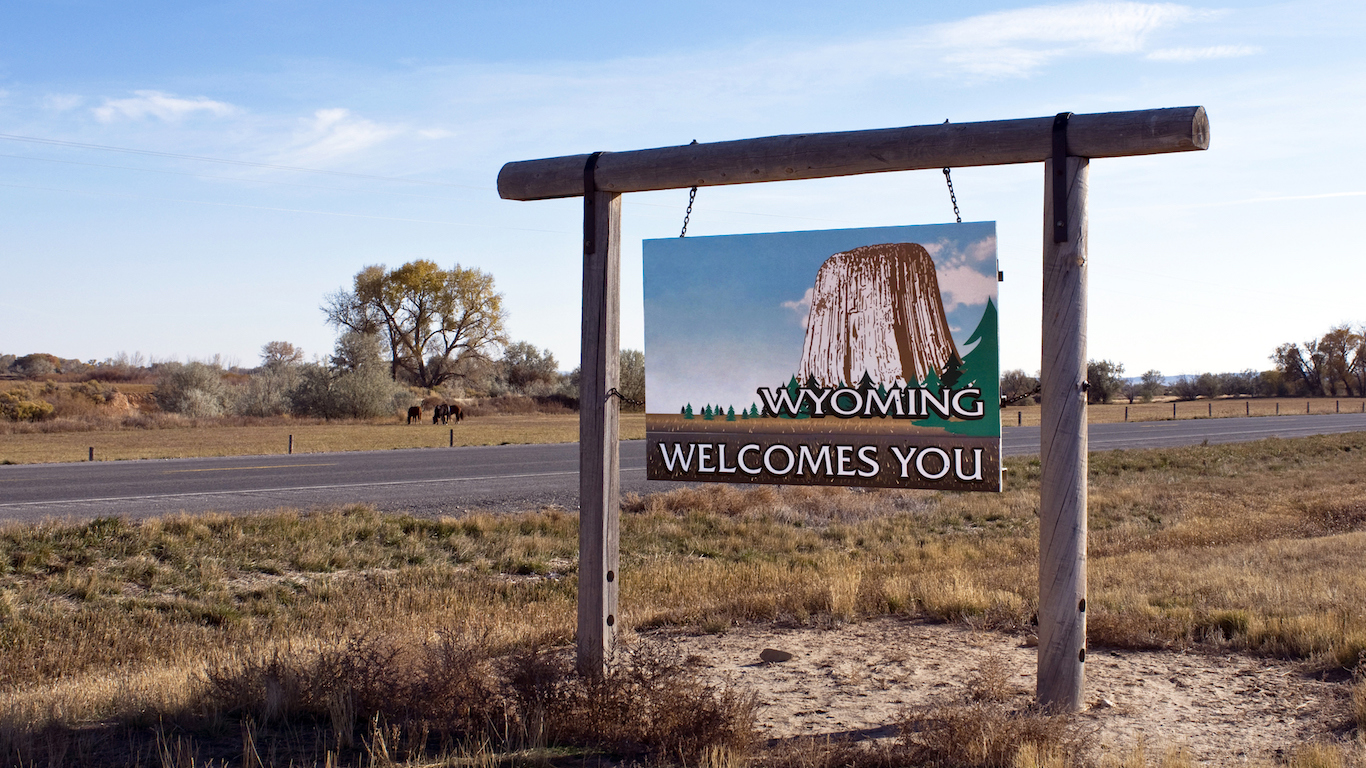 Wyoming’s low cost of living benefits consumers and businesses alike. Annual homeownership expenses amount to just 19.1% of the state’s median household income, the third smallest share nationwide. Additionally, state and local taxes amount to just 7.1% of income per capita, tied with South Dakota as the second smallest average tax burden in the country. With low housing costs and a relatively low tax burden, consumers may have more disposable income to spend at businesses in Wyoming. Further, retail electricity costs an average of 8 cents per kilowatt-hour, the fourth lowest price of any state. On the Annual Survey of Entrepreneurs, just 8.1% of Wyoming businesses claimed the cost of resources needed to conduct business has had a negative impact on profits, the smallest share of any state.

A safe community is often essential for businesses to thrive. With one of the lowest violent crime rates of any state, Virginia is a relatively safe and potentially attractive destination for businesses. The state is one of only four with fewer than 200 violent crimes annually per 100,000 residents.

Employers in the Old Dominion State also have a highly educated talent pool to select from. Some 37.0% of adults in the state have at least a bachelor’s degree, and 15.7% have a graduate or professional degree, each among the higher shares of any U.S. state. High educational attainment tends to track closely with greater numbers of STEM occupations. Such science and technology workers comprise 8% of Virginia’s labor force, the third highest share of all states.

A highly educated population is often a major draw as businesses are more likely to choose to locate to an area with a talented workforce. In Maryland, employers likely benefit from a highly skilled workforce, as 38.8% of adults have at least a bachelor’s degree, and 17.7% have a graduate or professional degree, the third and second highest proportions of any state.

Not surprisingly, Maryland is home to a disproportionately high share of science, technology, engineering, and math workers. Of all jobs in the state, 8.2% are STEM jobs, the second highest share in the country. These kinds of jobs can create higher incomes and increase the spending power of the population. They also are reflect the potential for growth and innovation among businesses.

Businesses in Nebraska benefit from a number of favorable conditions. Commercial real estate is cheaper in Nebraska than in the majority of states, as are commercial electricity costs. In addition, according to a census survey of entrepreneurs, customers in Nebraska are more likely to pay in full and on time than customers in any other state.

Nebraska’s business climate is further bolstered by reliable infrastructure. Only 6.7% of miles of roadway in the state are in poor condition, well below the 11.2% share nationwide, and traffic congestion is much less of a problem in Nebraska than it is in the majority of other states, allowing for cheaper transportation costs, and curbing business lost due to late workers.