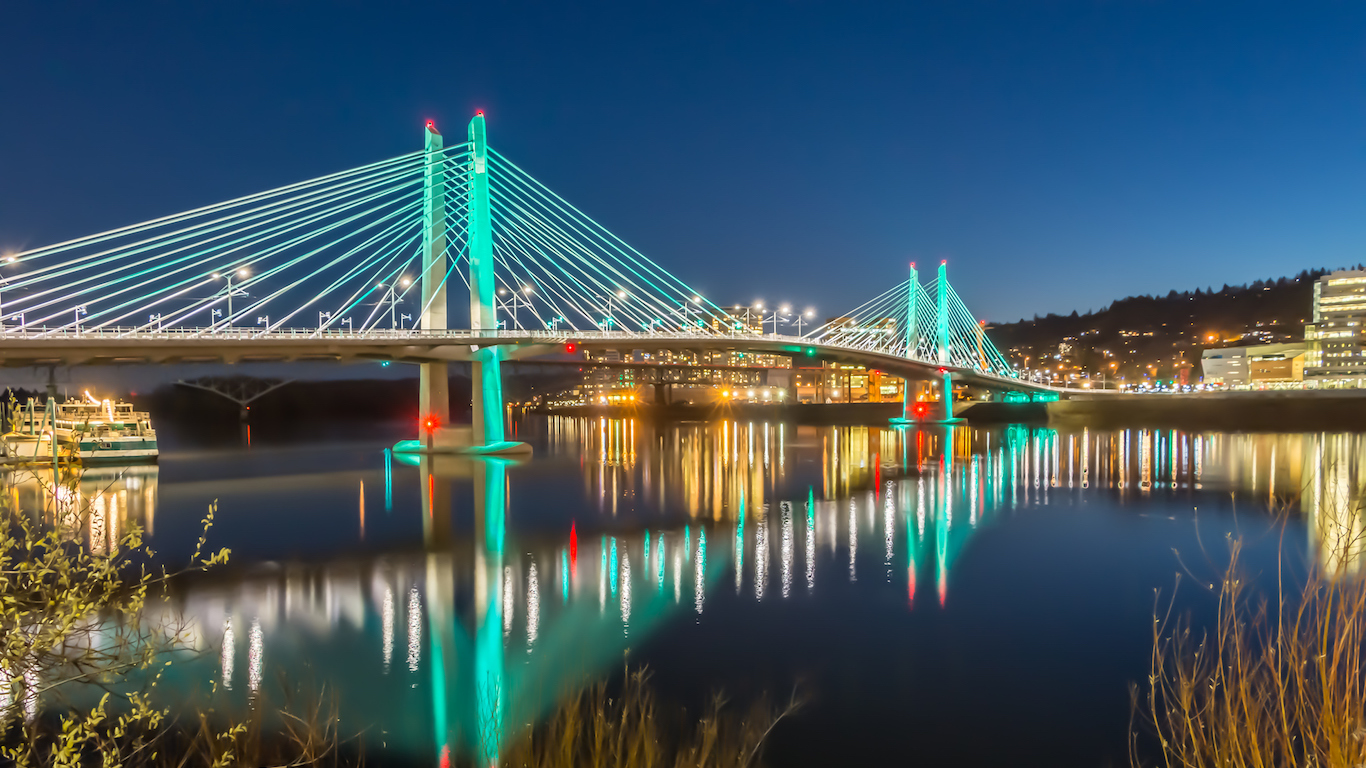 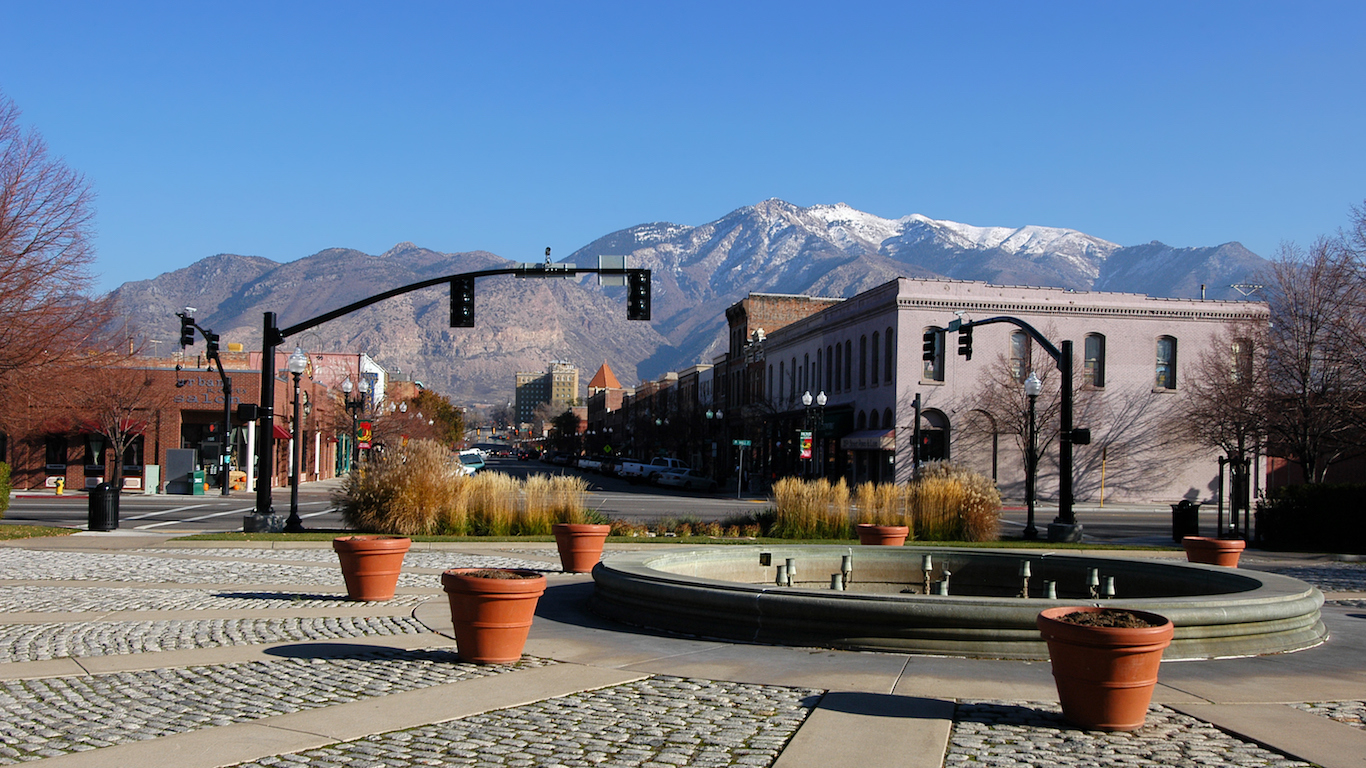 More than one in 10 workers in the Ogden-Clearfield metro area work in an advanced industry. While other metropolitan economies on this list have thriving high tech entrepreneurial climates, Ogden’s advanced industries are largely centered around heavy manufacturing. There were just two venture capital deals in Ogden in the latest fiscal quarter, among the least of any major city.

Ogden’s largest advanced industry is the aircraft product and parts manufacturing, which employs some 4,120 aircraft manufacturing workers. Ogden lis home to the Hill Air Force Base, which is the area’s largest employer. 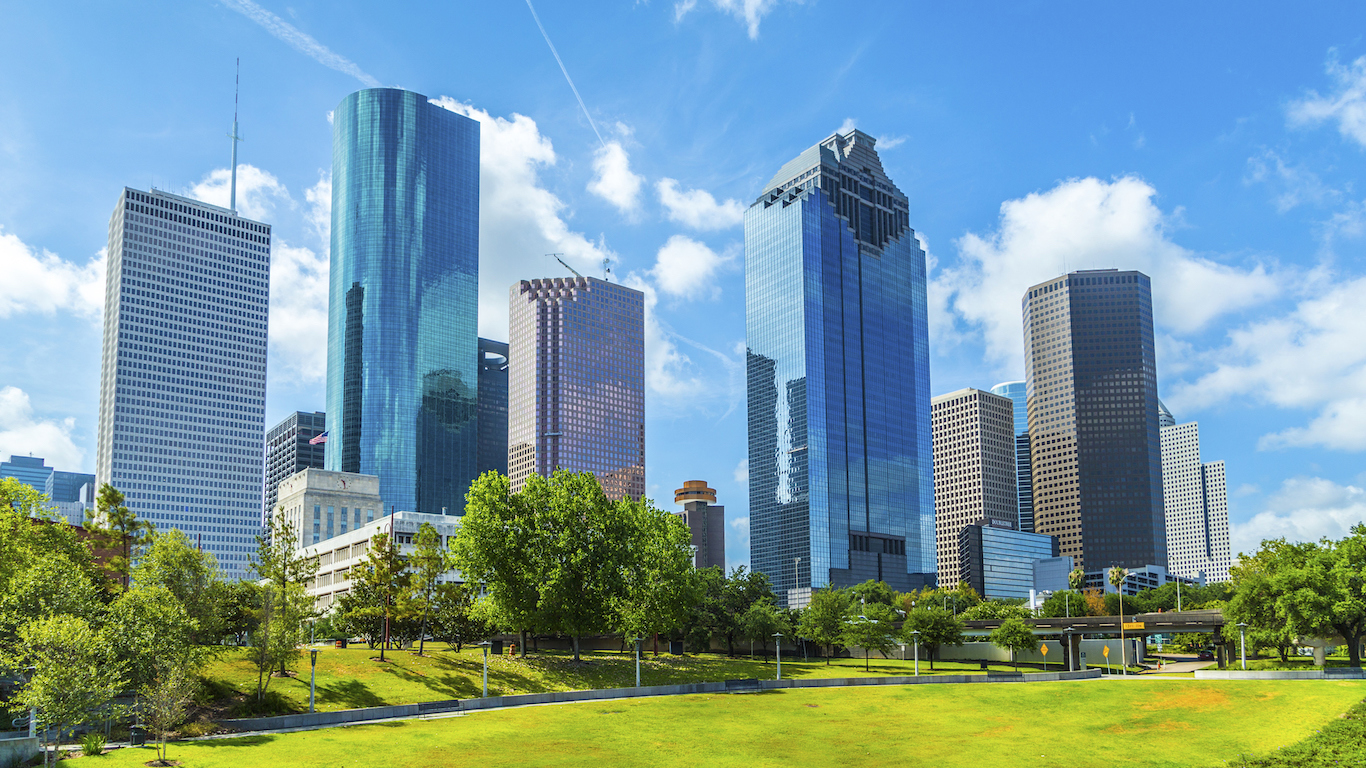 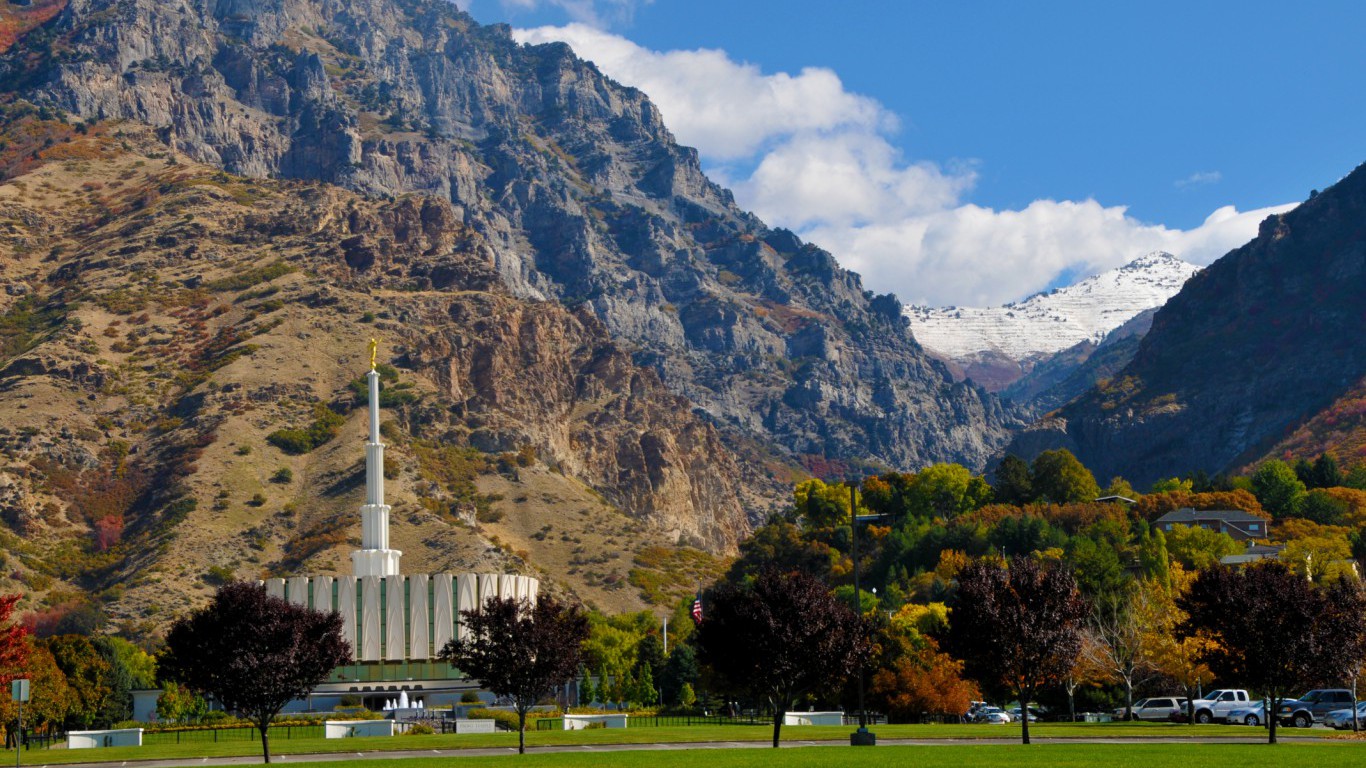 Provo-Orem is one of three Utah metro areas comprising the Silicon Slopes region, in which more than one in 10 jobs are in advanced industries. Most advanced jobs in Provo are in high-tech industries such as computer systems design, software products, data processing, or internet publishing — and many companies in these industries are startups. Key infrastructural advantages have likely helped support the city’s entrepreneurial climate. For example, Google Fiber, which provides high-speed internet to small businesses in the city for as little as $70 a month, may have helped attract talent and investment to the area. In the latest fiscal quarter, Provo entrepreneurs closed a total of 10 venture capital deals worth an average of $8.5 million, among the highest average investments of any city. 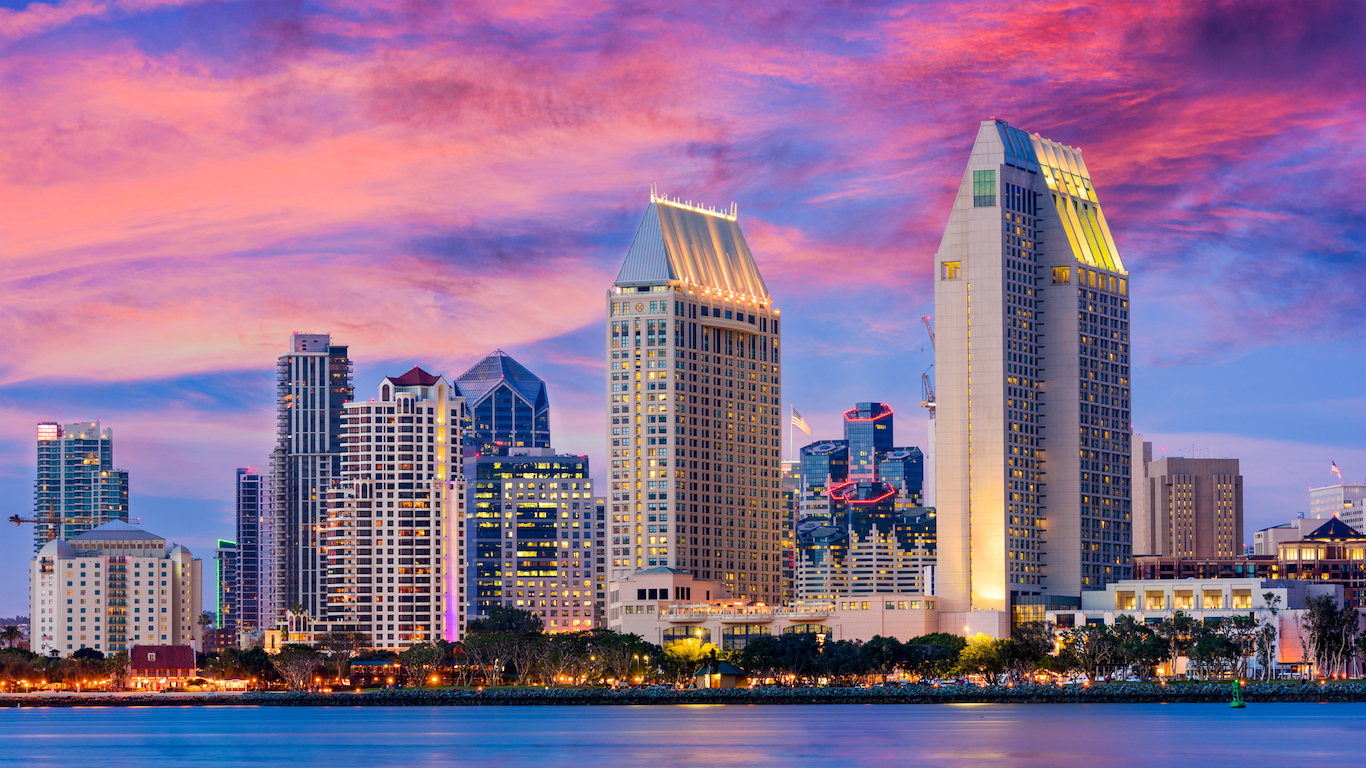 An estimated 12.3% of employees in the San Diego-Carlsbad metro area are employed in advanced industries, a larger share than in all but 10 metro areas. Some of the most notable thriving businesses in the city are small biotechnology companies clustered within Torrey Pines and Sorrento Valley. A little more than half of the $1.3 billion venture capital investment in San Diego in 2015 went to biotech companies. Nearly 34,000 San Diego residents work in R&D services, more than in any other advanced industry in the city. The high investment and employment in R&D has helped San Diego foster one of the most innovative workforces in the country. San Diego residents were awarded 5,460 patents in 2015, the third most of any metro area when adjusted for population.