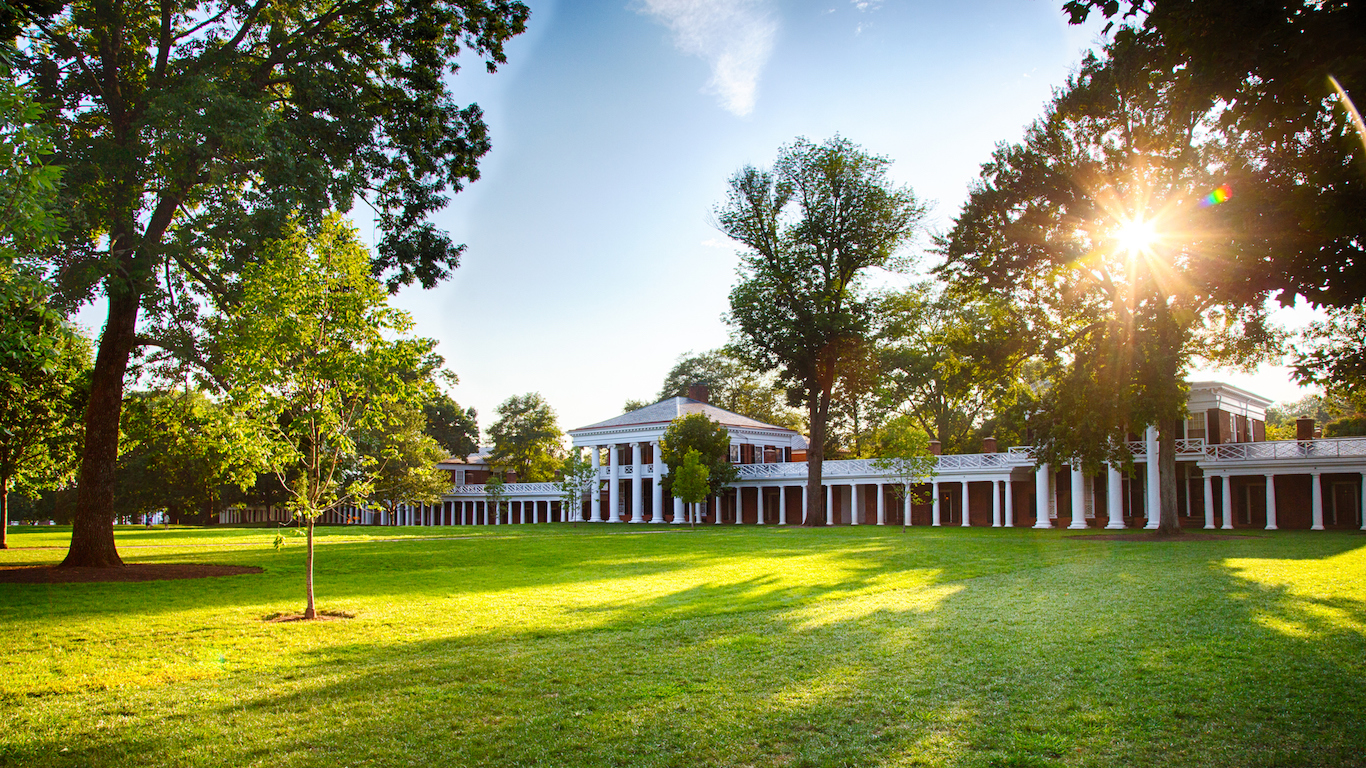 Residents of the Charlottesville metro area report a higher sense of social well-being than nearly any other city in the country. Roughly 82% of residents say their relationship with either their spouse, partner, or closest friend is as strong as ever, and 83% report having someone in their life who encourages them to be healthy, each the fourth largest share of any major metro area. In addition to strong social connections, Charlottesville residents’ well-being is also buttressed by their physical health. Some 63% of respondents report near-perfect physical health, a much larger share than the 57% national average.

Well-being is often simply a question of whether people are happy, smile, or laugh on a regular basis. In Honolulu, 92.2% of adults say they experience happiness, 89.8% say they experience enjoyment, and 84.1% report smiling and laughing frequently — each among the highest such percentages compared with other U.S. metro areas surveyed. Financial security and healthy behaviors among the population help explain the high reported well-being. Even with near-nation-leading cost of living, the typical Honolulu household is extremely affluent, with annual income of $77,273. The metro area’s adult smoking rate of 12.9%, and adult obesity rate of 21.9%, are also each among the lowest such percentages.

ALSO READ: The Most Iconic Job in Every State 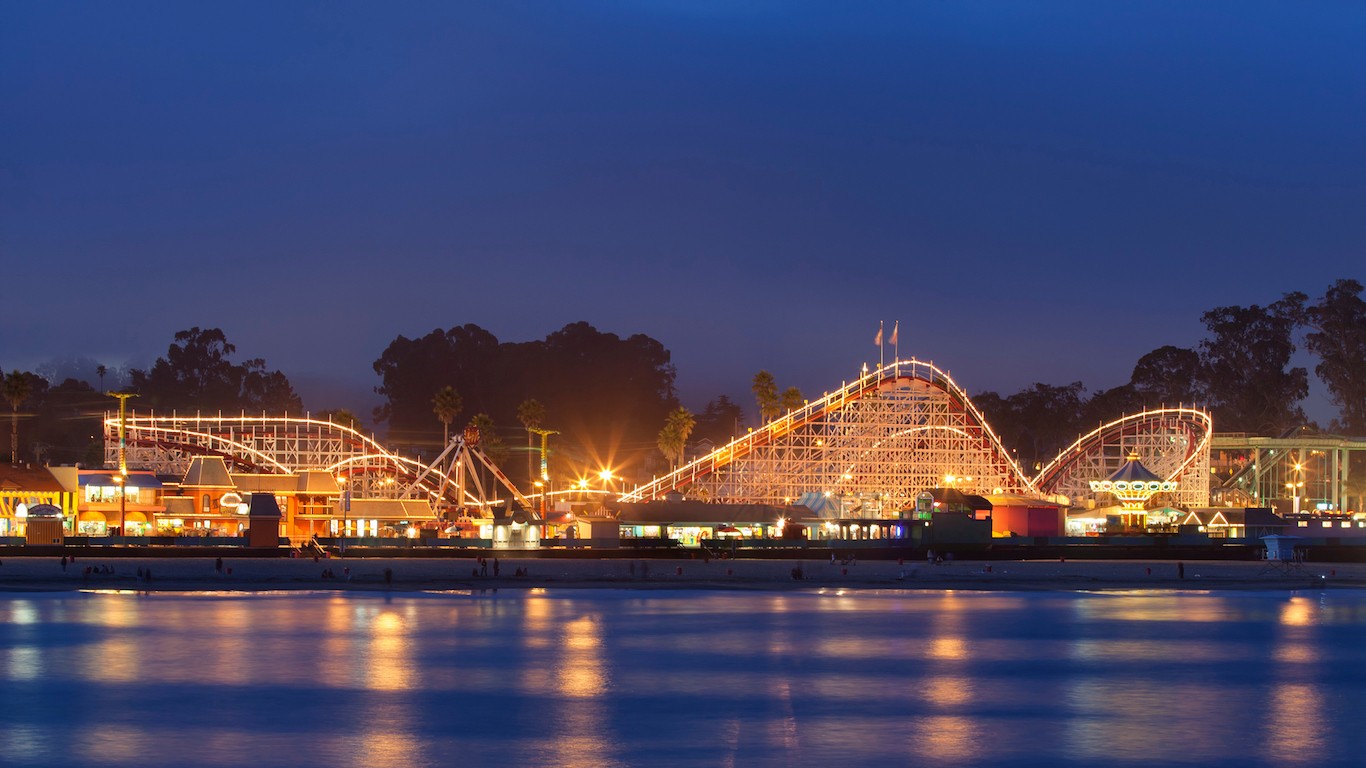 Residents of the Santa Cruz-Watsonville metro area are among the happiest in the country. Santa Cruz is the only metro area in which more than four in five respondents report that the city they live in is the perfect place for them. While goods and services cost 22 cents more on the dollar in Santa Cruz than they do nationwide, residents exhibit a high degree of financial well-being. The area’s $65,139 median annual household income is over $9,000 more than nationwide median income, and 51% of surveyed residents believe they have enough money to do everything they want — the eighth largest share of any major city. 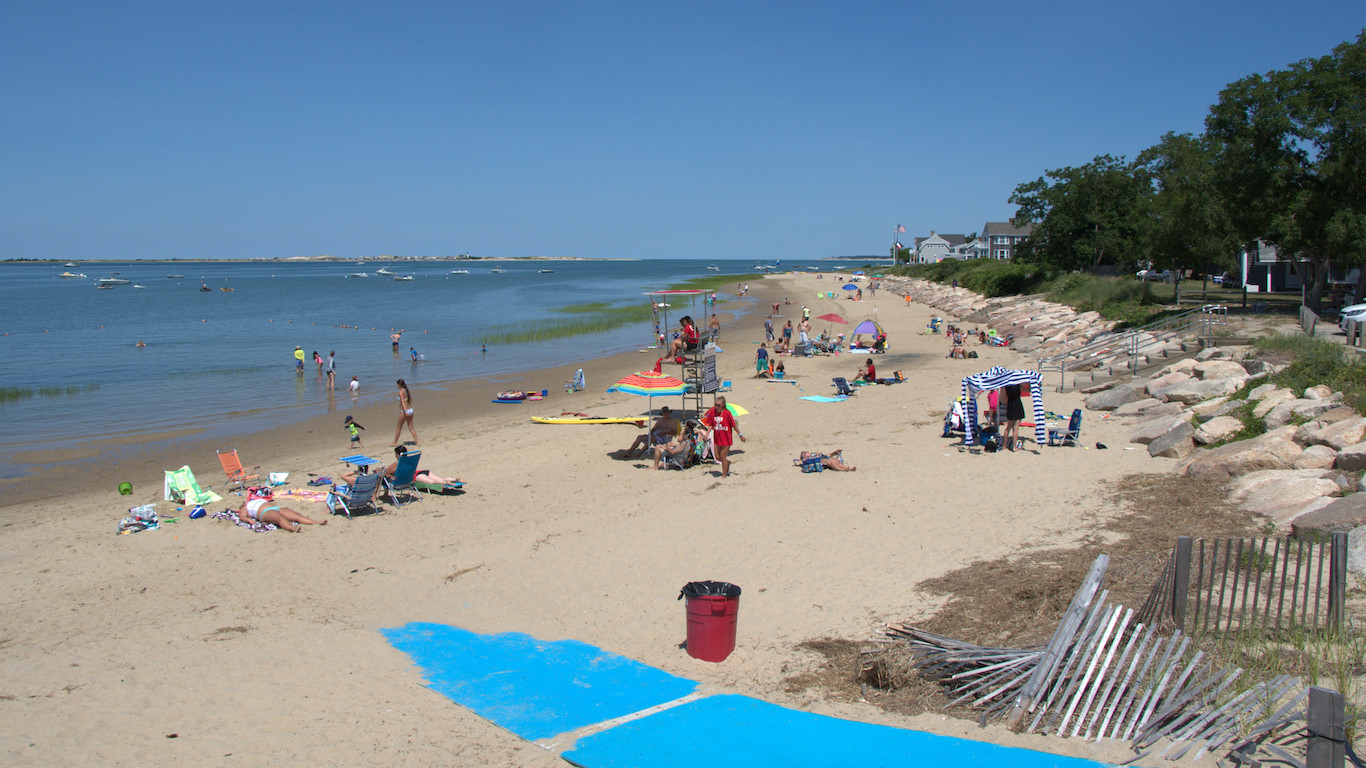 The Barnstable Town metro area, which comprises the Cape Cod area, is one of only a handful of metro areas where a majority residents report having enough money to do everything they want. Just 6.6% of area residents live in poverty, one of the lowest rates nationwide and less than half the national poverty rate of 14.7%.

Well-educated populations tend to be more financially stable, and report greater well-being. In the Cape Cod area, 40.1% of adults have at least a bachelor’s degree, one of the highest educational attainment rates of any metro area. Affluent, college-educated people often have an easier time reaching their personal goals. When asked, “in the past 12 months, have you reached most of your goals,” over 60% of respondents said yes, the sixth highest such percentage of all metro areas reviewed. 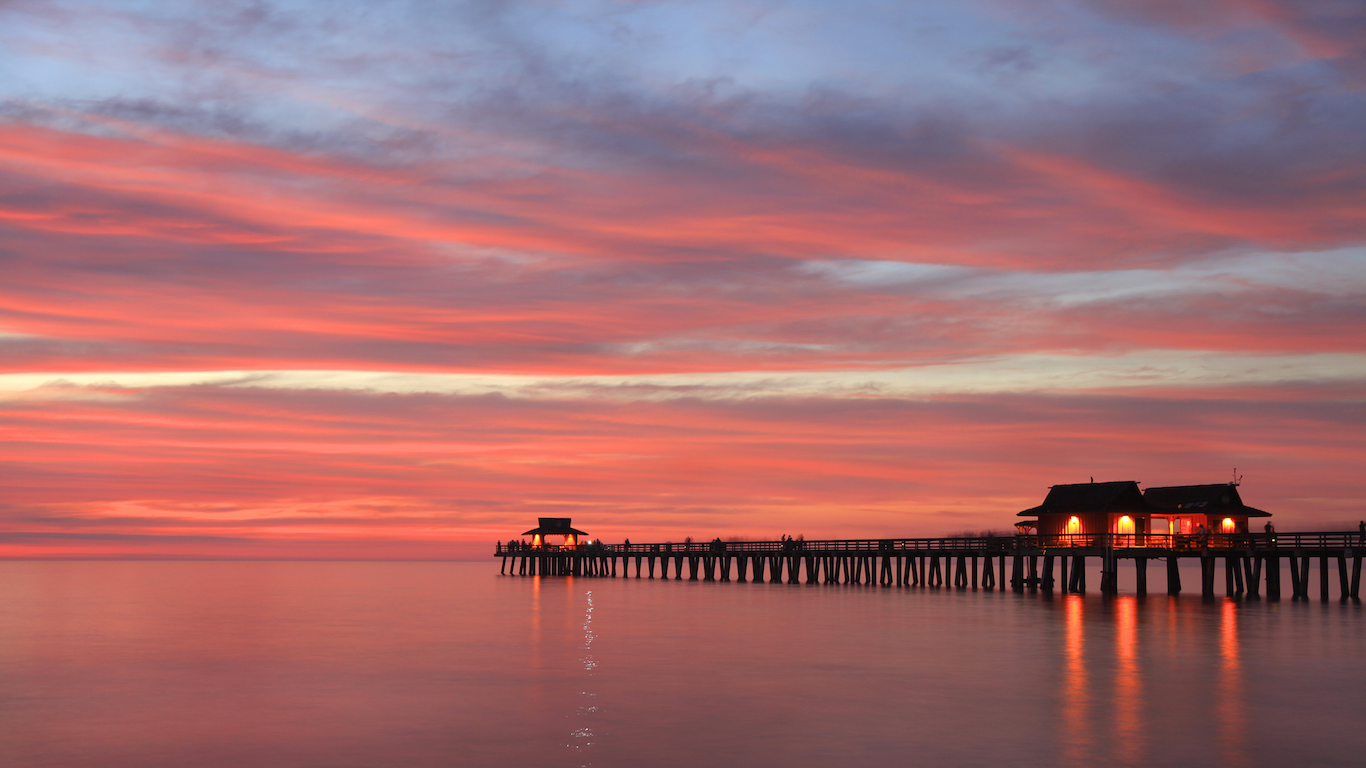 The Naples, Florida region is the nation’s happiest metro area. Affluence and strong social ties — common in older populations in large retirement communities — have contributed to the nation-leading well-being across Naples, Immokalee, and Marco Island. The typical household earns $62,126 annually, well above the national median of $55,775 a year. Residents were also significantly more likely than people nationwide to report having enough money to meet their everyday desires.

Community improvement projects have flourished across Southwest Florida in recent years. For example, since 2015, the metropolitan area has added roundabouts, sidewalks, and bike lanes to improve pedestrian and bike travel. About 91% of residents have access to a safe place to exercise, one of the higher shares in the country. Perhaps partially as a result, more than two-thirds of survey respondents in the area say their physical health is near perfect, the highest proportion of any metro area reviewed.