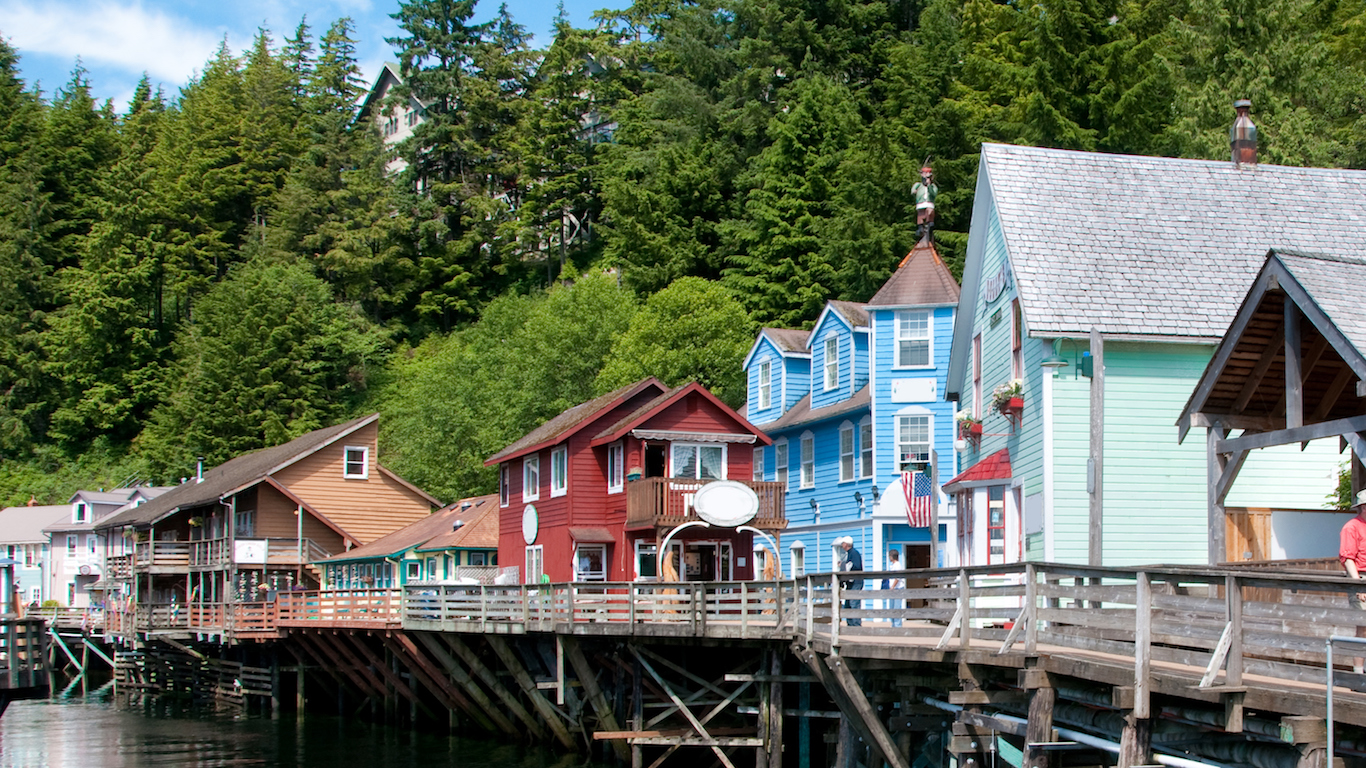 That may soon change, however. After the price of oil fell precipitously in 2014, oil producers in Alaska began losing money. The state has collected virtually no revenue from the severance tax in the last two years. In order to generate and stabilize government revenue, legislators introduced House Bill 115 last month. If passed, taxpayers will pay a state income tax equivalent to 15% of federal income taxes collected. 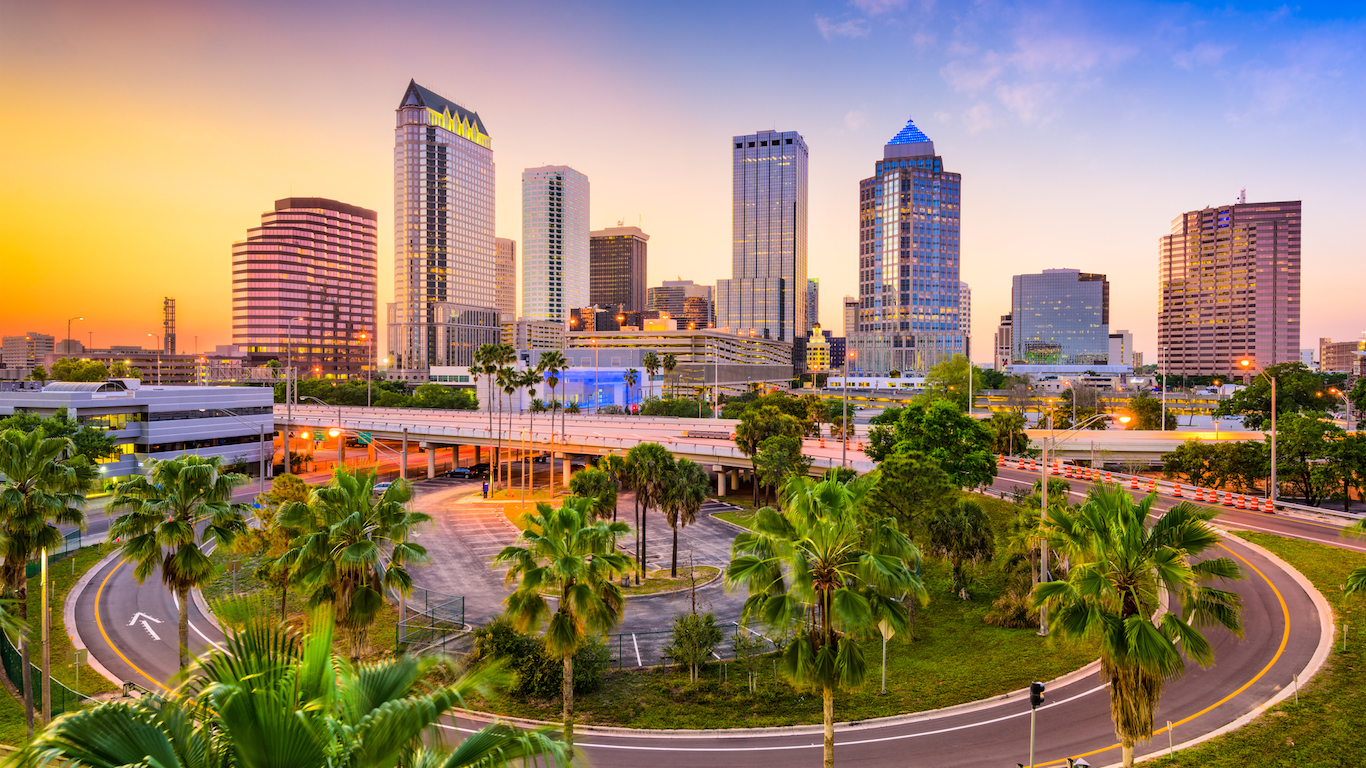 Individual income tax is constitutionally banned in Florida. Florida compensates for the lack of income tax revenue with revenue from other sources. One of the most popular tourist destinations in the country, Florida relies heavily on sales tax revenue generated by the tens of millions of tourists visiting the state each year. An estimated 105 million people visited Florida in 2015 alone, the most in the state’s history. The sales tax rate of 6% in Florida is one of the higher rates in the nation.

Despite the revenue generated from the state’s relatively high sales tax rate, Florida’s revenue remains relatively low. The state collected $3,322 per capita in fiscal 2014, the fifth lowest of any state. 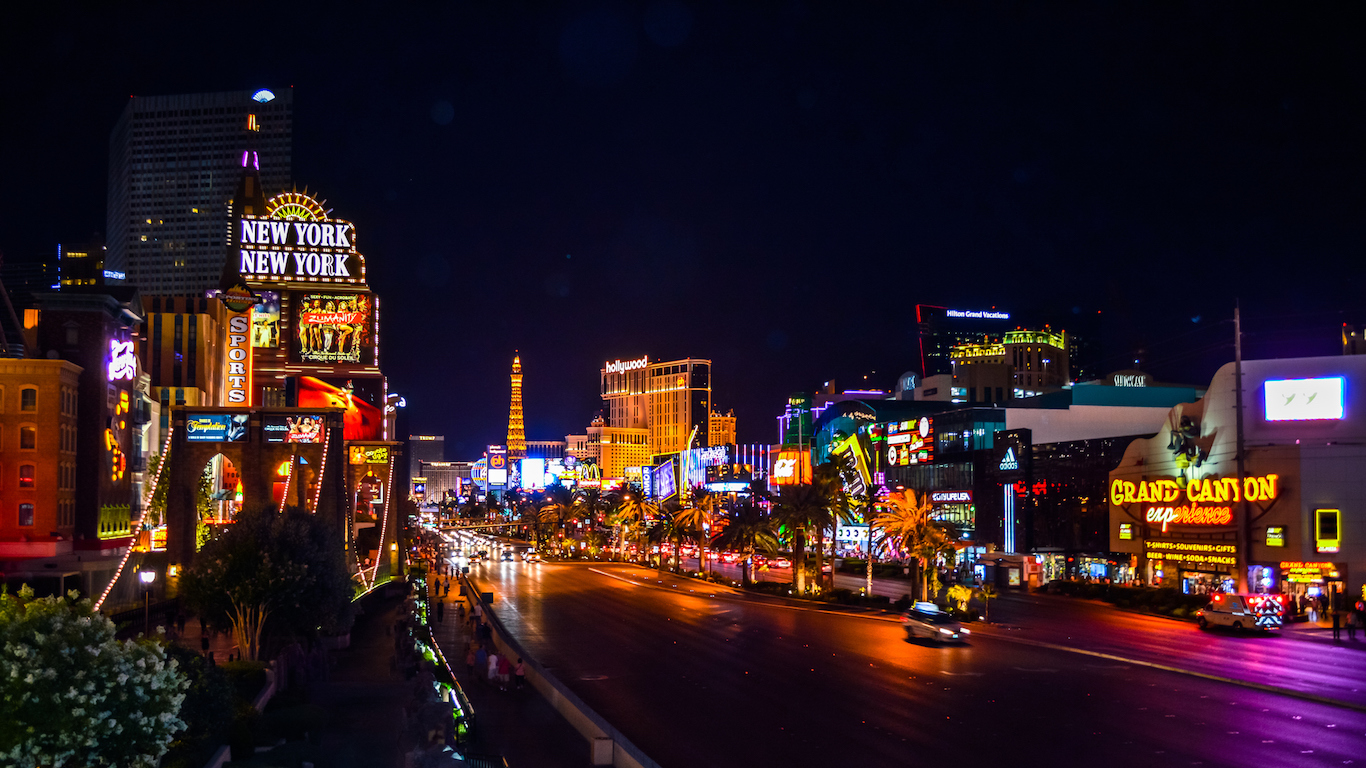 States usually only eliminate individual income tax if public services can be provided and budgetary obligations can be met with revenue from other sources. Nevada brought in $876 million from gaming taxes and licensing fees alone in fiscal 2016 tourism and gaming industries. About 86% of that revenue came from Clark County — home of Las Vegas. The city attracted some 42.9 million visitors in 2016.

Gaming is not the only way tourists help foot the bill for government services in Nevada. The state levies a 6.85% sales tax on goods and services purchased in the state, nearly the highest sales tax rate in the nation.

South Dakota has not levied an individual income tax since the middle of World War II. Lawmakers repealed South Dakota’s income tax in 1943, when the state was benefitting from strong sales tax revenue. With no income tax, South Dakota is alone among Midwestern states, and it is unlikely that an income tax will be introduced any time soon. Two constitutional amendments require a voter initiative or approval from a two-thirds majority of both state legislative bodies.

A low-tax state in general, South Dakota also has no corporate tax. With low taxes, the state has lower than average revenue. South Dakota collected $3,684 in taxes per capita in fiscal 2014, versus the average per capita state and local tax collection of $4,675.