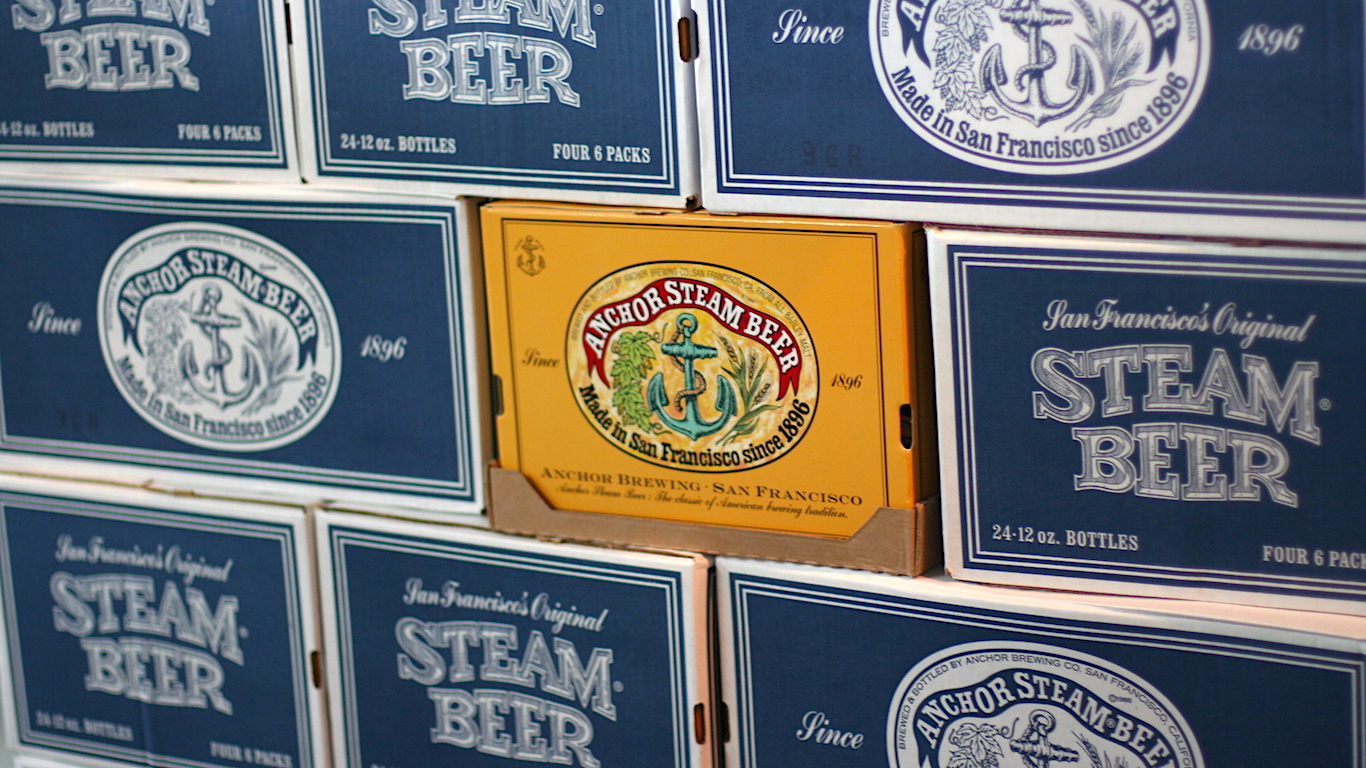 Anchor Steam Beer derives its name from a unique brewing process characteristic of a bygone era. Following the California Gold Rush in the latter half of the 19th century, beer makers in the San Francisco area would cool fermenting beer in vats on brewery rooftops. This process of warm beer cooling in the cold air would create heavy clouds of steam. Consequently, nearly every beer from that time and place in history was nicknamed “steam” beer. 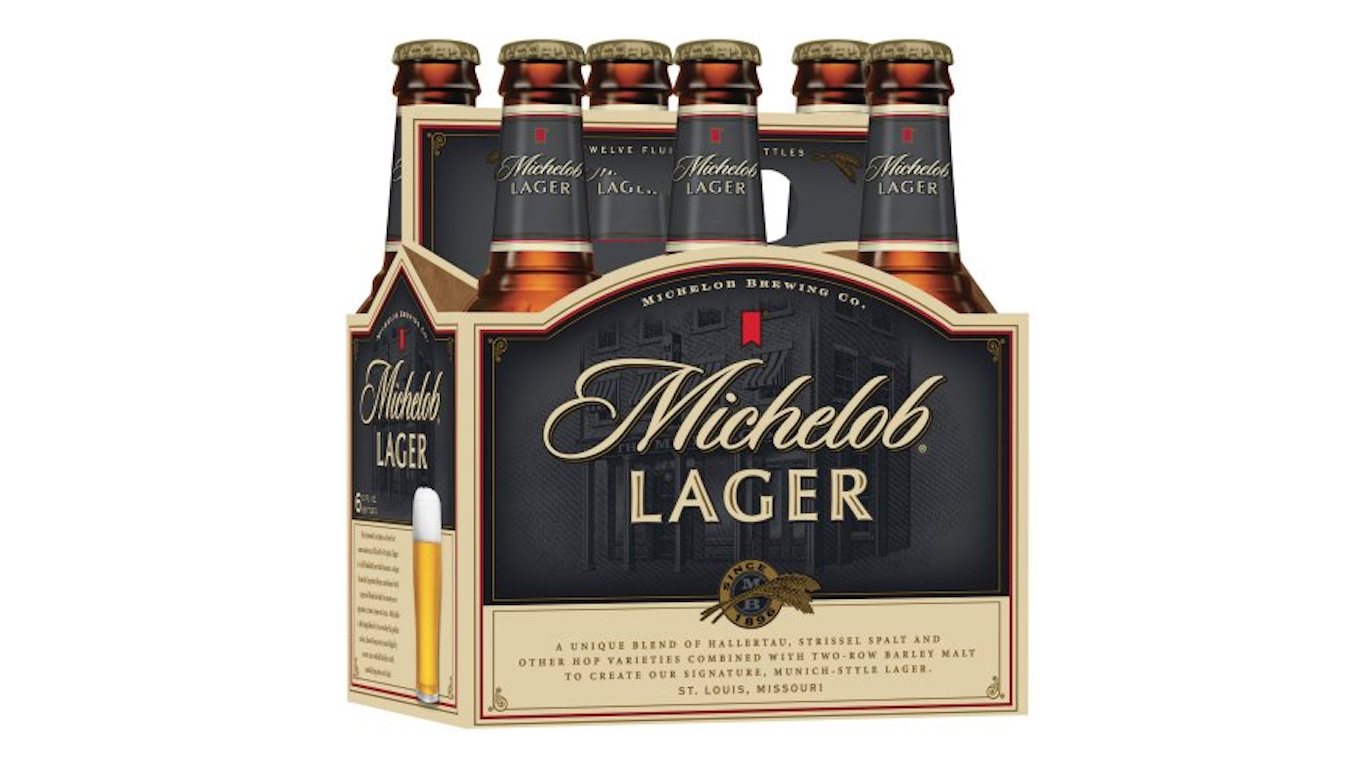 24/7 Wall St.
States With the Highest (and Lowest) Gas Prices 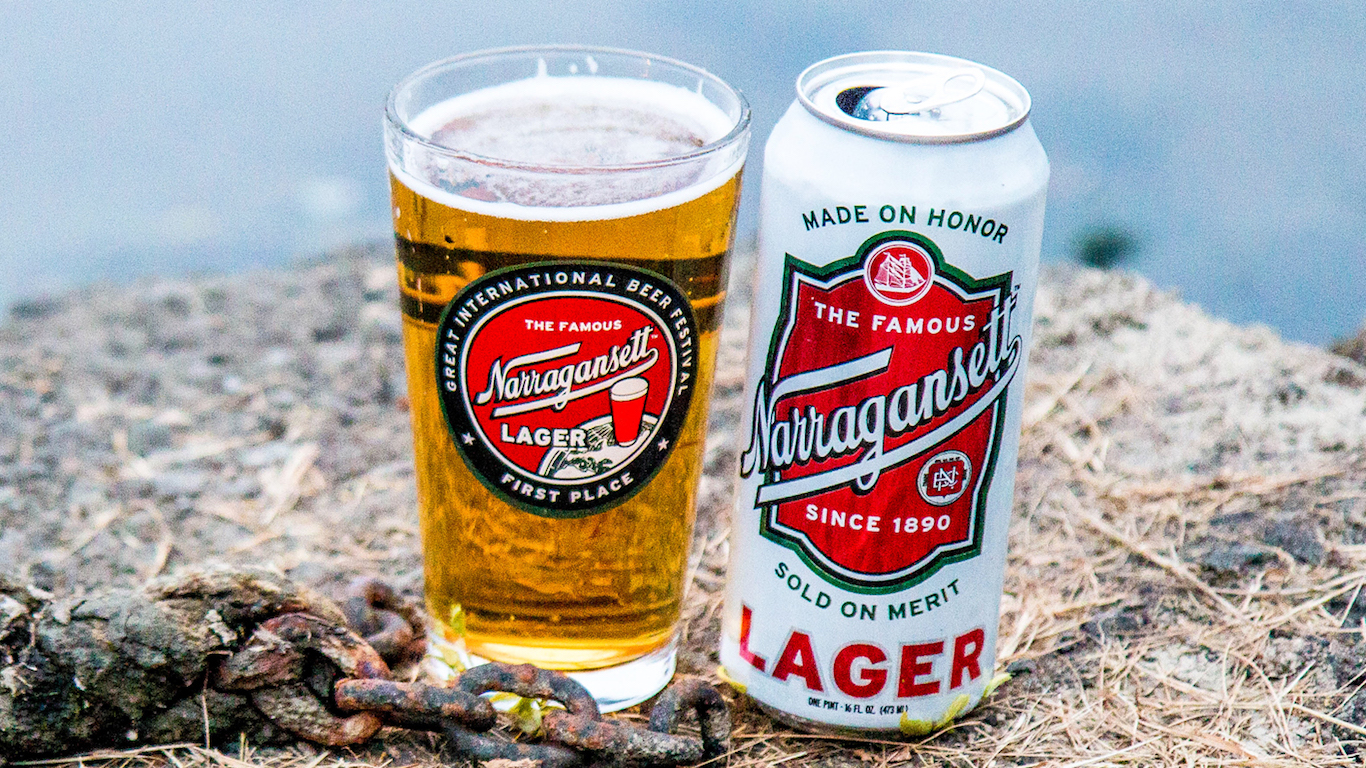 The New England region is home to hundreds of craft breweries, large and small. Well over a century before many of these brewed a drop, however, there was Narragansett Brewing Company. Founded in Rhode Island in 1888, the brewery churned out its first beer, Narragansett, in 1890. Officially becoming New England’s largest brewery in 1914, Narragansett nearly went under during prohibition. The company, which survived the dry spell by selling beer for strictly medicinal purposes, has weathered significant ups and downs ever since. Today, Narragansett is one of the oldest beers in America and is widely available throughout the Mid-Atlantic and Northeastern states. 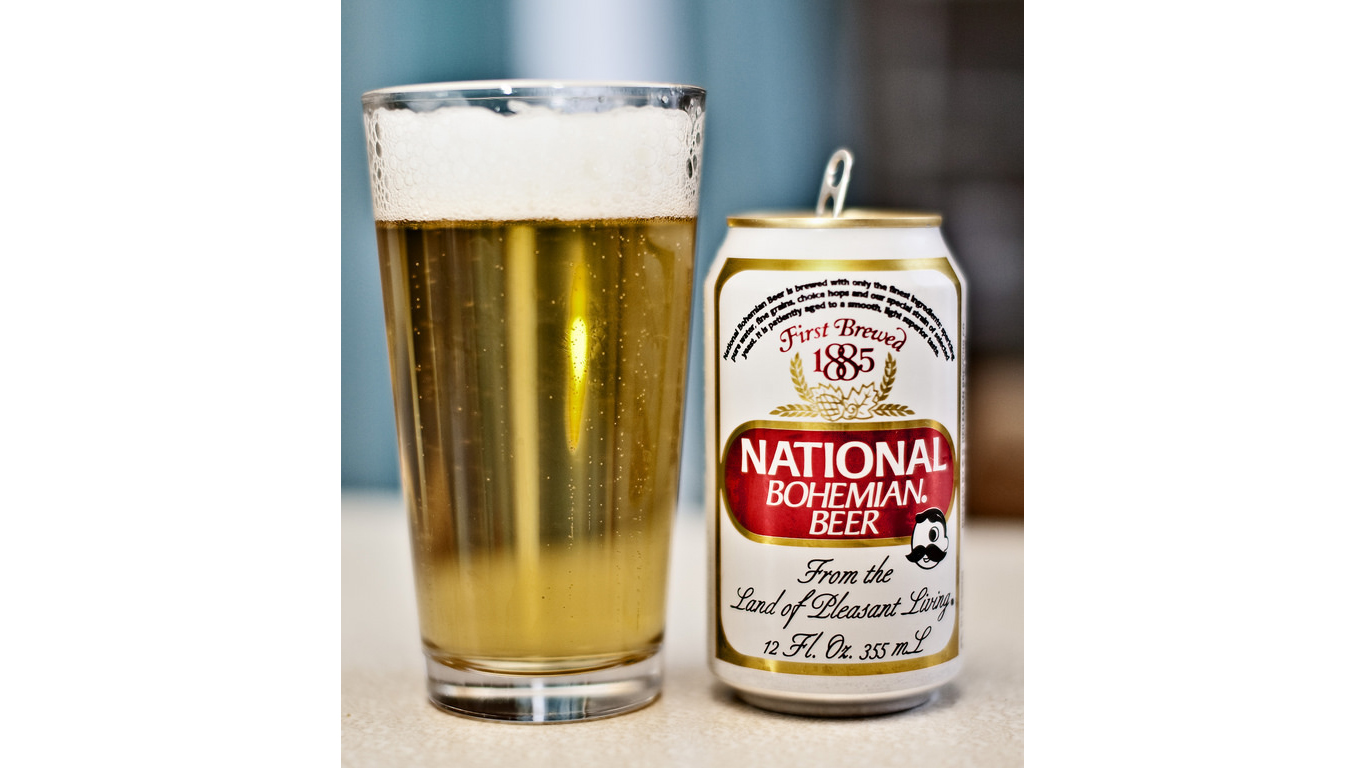 National Bohemian, colloquially referred to as Natty Boh, was first brewed by National Brewing Company in Baltimore, Maryland in 1885. Though Pabst Brewing Company bought the brand in 1999, it retained its iconic logo and remains one of the oldest beers in the United States.

While many beer drinkers outside of the Mid-Atlantic region may never have heard of National Bohemian, they are certainly familiar with one of the brand’s contributions to the beverage industry. In the late 1940’s, Natty Boh became the first beer to be sold in six-packs. 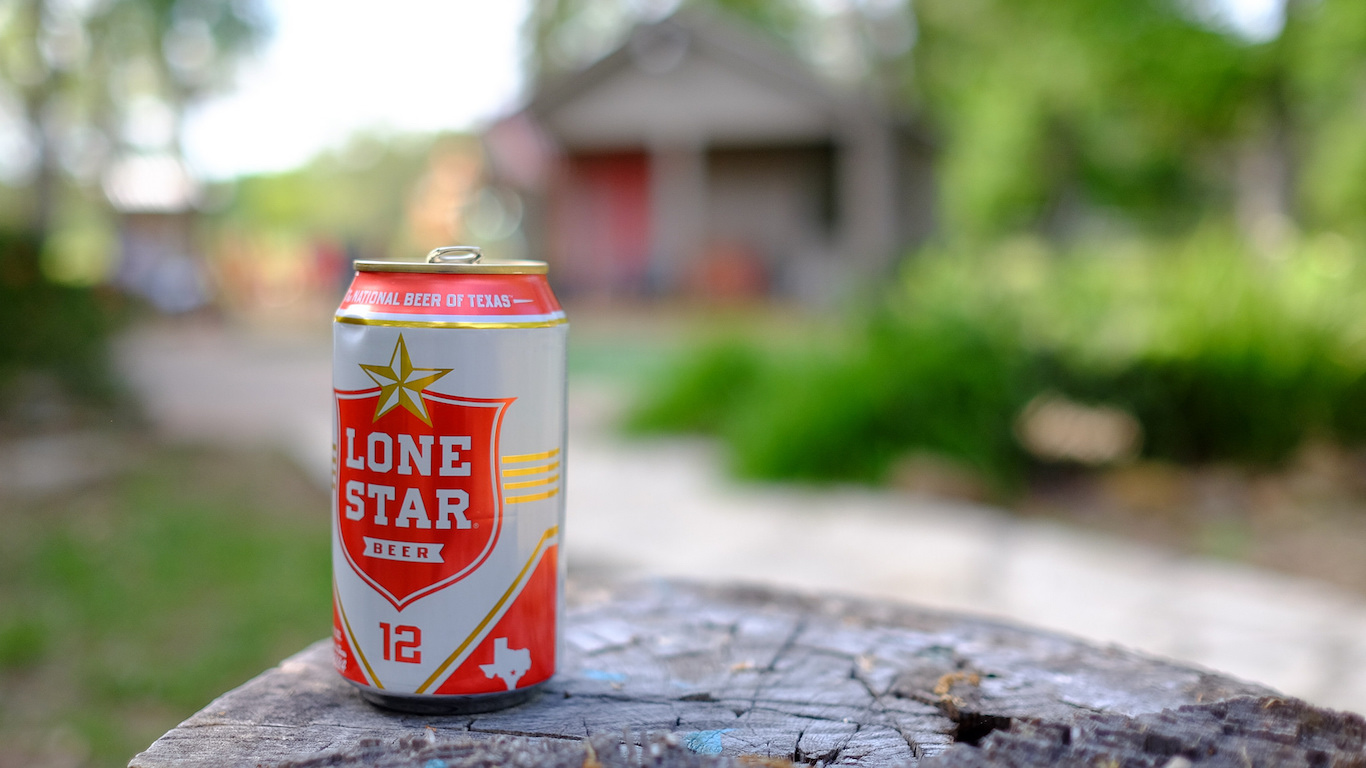 Lone Star beer was first brewed in San Antonio, Texas in 1884. With sales peaking at 65,000 barrels a year, Lone Star was popular until the start of Prohibition in 1920, when the brewery was forced to close its doors. The brand did not return until 1940, when the Muehlebach Brewing Company of Kansas City, Missouri rebranded itself as Lone Star and began brewing the beer again in San Antonio, Texas. Though the brewery closed in 1996 after more than half a century, Pabst Brewing Company bought the label 1999 and continues to brew the beer in the Lone Star State.