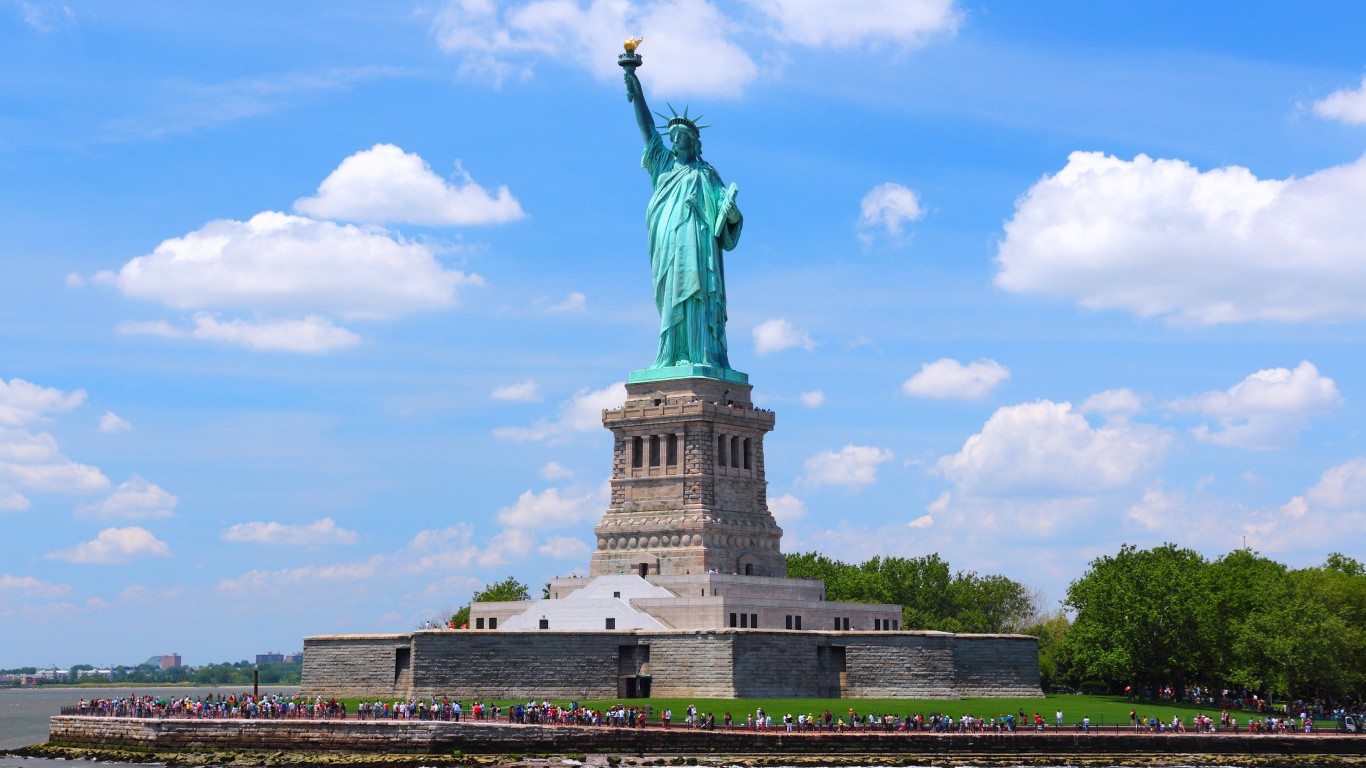 Some 9.2% of workers in New York are underemployed, a slightly smaller share than the 9.5% of workers nationwide. While underemployment is almost as common in New York as it is nationwide, many of those who are employed full-time in the state are well compensated. The average wage in the Empire State is nearly $68,000, the most of any state and about $14,300 more than the average wage nationwide. A far higher than typical 7.6% share of New York’s labor force works in finance, a relatively high-paying industry and economic pillar of New York City.

In Rhode Island, 9.2% of the labor force is underemployed, down considerably from the 11.0% share one year ago. The improvement was due to a drop in unemployment as well as in the share of discouraged and marginally attached workers, which fell from 1.1% to 0.8%.

Rhode Island’s relatively slow economic growth since the recession has likely contributed to the state’s slow employment growth, which at 1.1% from 2011 to 2016 was slower than the 1.9% nationwide growth. Despite this, unemployment declined considerably in the state. Rhode Island’s unemployment rate fell 0.7 percentage points to 5.3% in 2016, a greater improvement than the 0.4 percentage point decline nationwide. 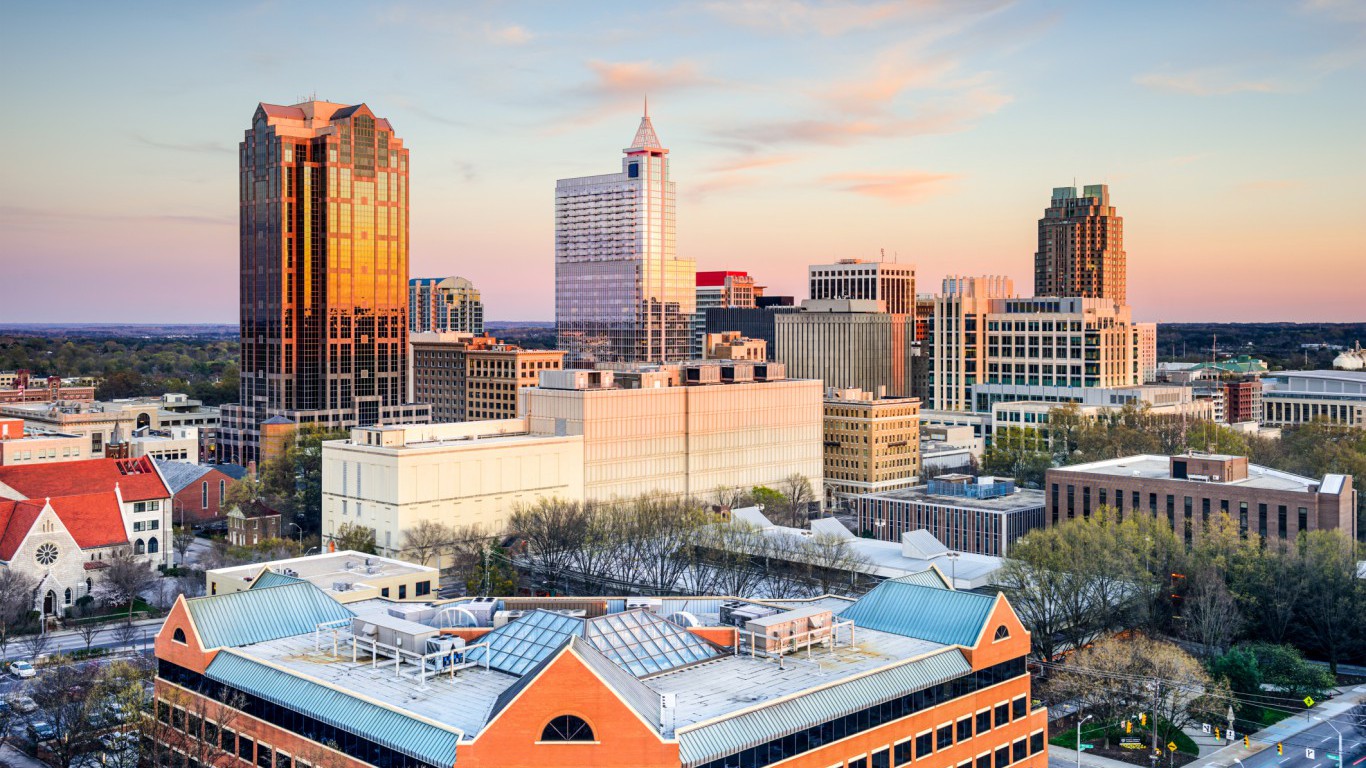 Since the recession, North Carolina active workforce has grown faster than most states. Employment in the state rose at an average annual rate of 2.1% between 2011 and 2016, faster than the 1.9% national figure. In 2016 alone, the number of employed workers in the state increased 3.0%, the fifth highest increase of any state.

Economic growth has also led to a decrease in labor underutilization. The share of underemployed workers is currently 9.4%, far less than the 11.0% share one year ago. While unemployment fell substantially over the past year, the share of failed job-seekers who had recently given up their search for employment remained at 1.2% of the labor force.

Some 9.5% of the Ohio labor force are underemployed, in line with the comparable share nationwide. The state’s labor underutilization is an improvement from one year ago, when 9.8% of the Ohio labor force were underemployed. While unemployment actually rose slightly from 4.8% to 5.0%, the share of workers who had withdrawn from the labor force fell substantially from 1.4% to 0.9% — accounting for the entirety of the decrease in the state’s labor underutilization rate. The number of employed workers in Ohio rose 0.3% in 2016, a fraction of the 1.7% increase nationwide. 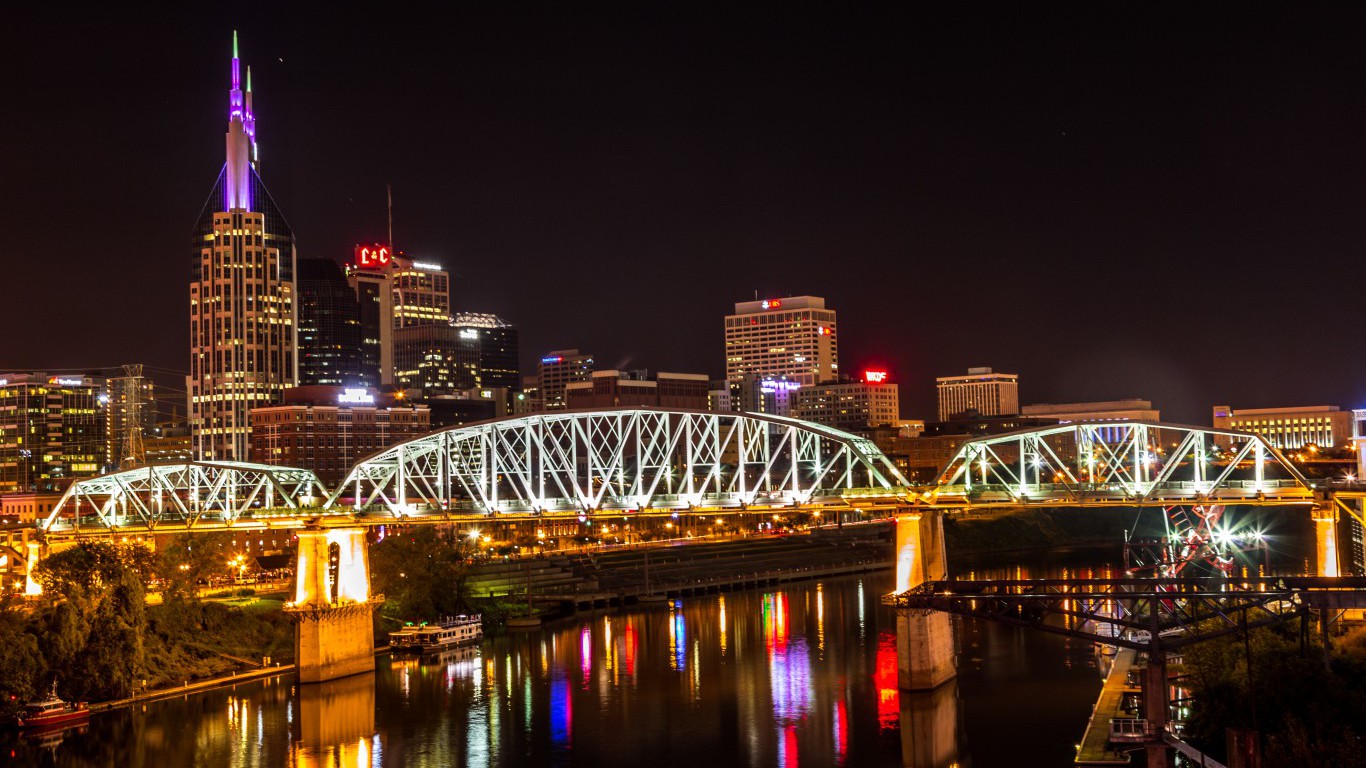 Like many southeastern states, Tennessee has had rapid job growth since the recession. The number of employed workers in the state grew at an average annual rate of 2.1% between 2011 and 2016, slightly higher than the 1.9% national rate. In 2016 alone, employment in Tennessee rose 2.9%, the seventh most of any state. The professional and business services and leisure and hospitality sectors led economic growth for the year. The only sector with negative GDP growth in the state was mining and logging, which expanded in just three states. Economic growth has helped decrease labor underutilization in the state. Today, 9.5% of Tennessee’s labor force is unemployed or underemployed, an improvement from 10.2% one year ago.