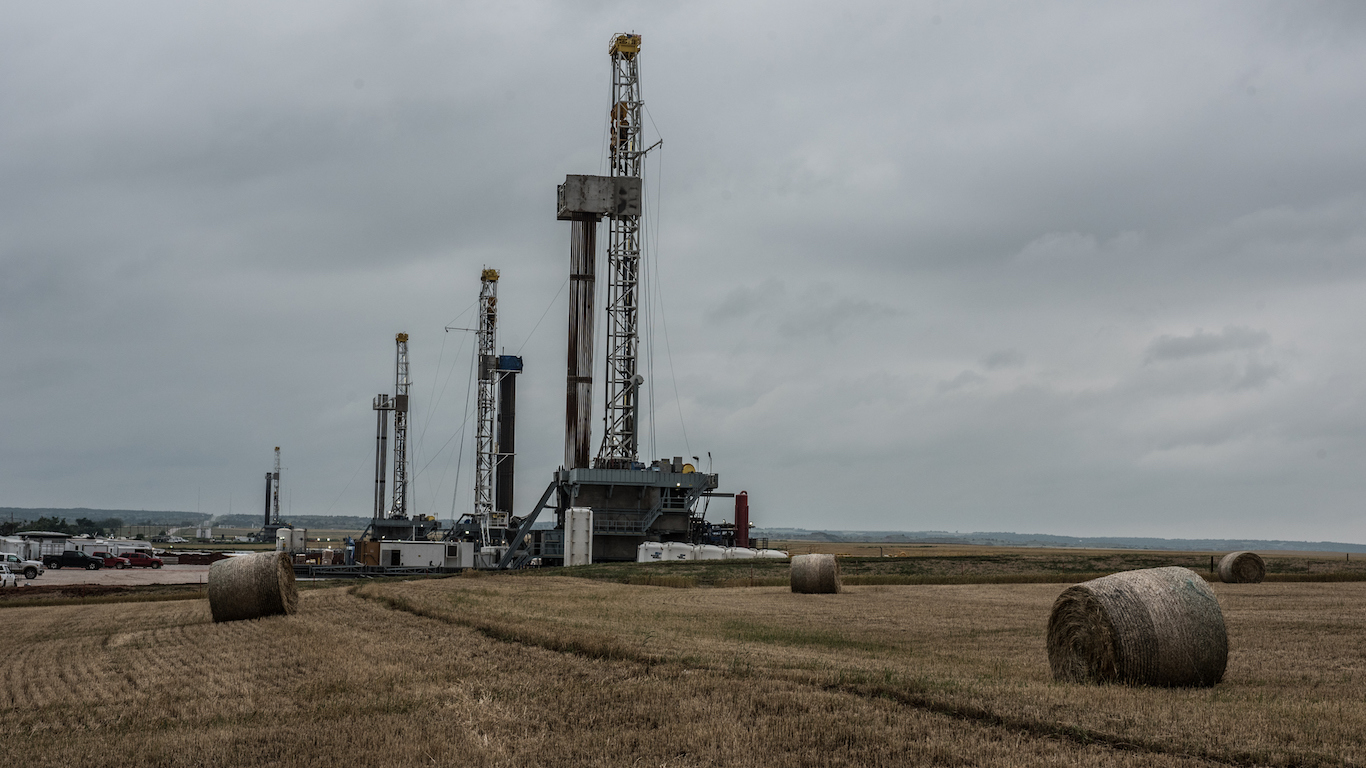 Oklahoma is one of only seven states where real estate is not the largest industry. Like most other states with the same distinction, Oklahoma is resource-rich and heavily dependent on oil and gas extraction. The industry accounted for 15.6% of the state’s total economic output. In comparison, the largest industry in most states accounts for less than 6.0% of total GDP. Oklahoma accounted for 7.6% of total natural gas production in the United States in 2015, and it ranks in the top five oil producing states.

Several West Coast states are known for their substantial tech sectors. Washington state is home to giants Microsoft and Amazon, while California, of course, has Silicon Valley. The neighbor of both of those states, Oregon, has a substantial tech industry of its own. Computer and electronic products manufacturing employs more than 37,000 people and generates over $34 billion annually.

Lately however, the sector has been a drag on the state’s economy. Oregon’s computer and electronics manufacturing subsector contracted by a staggering 34.2% in the last five years. 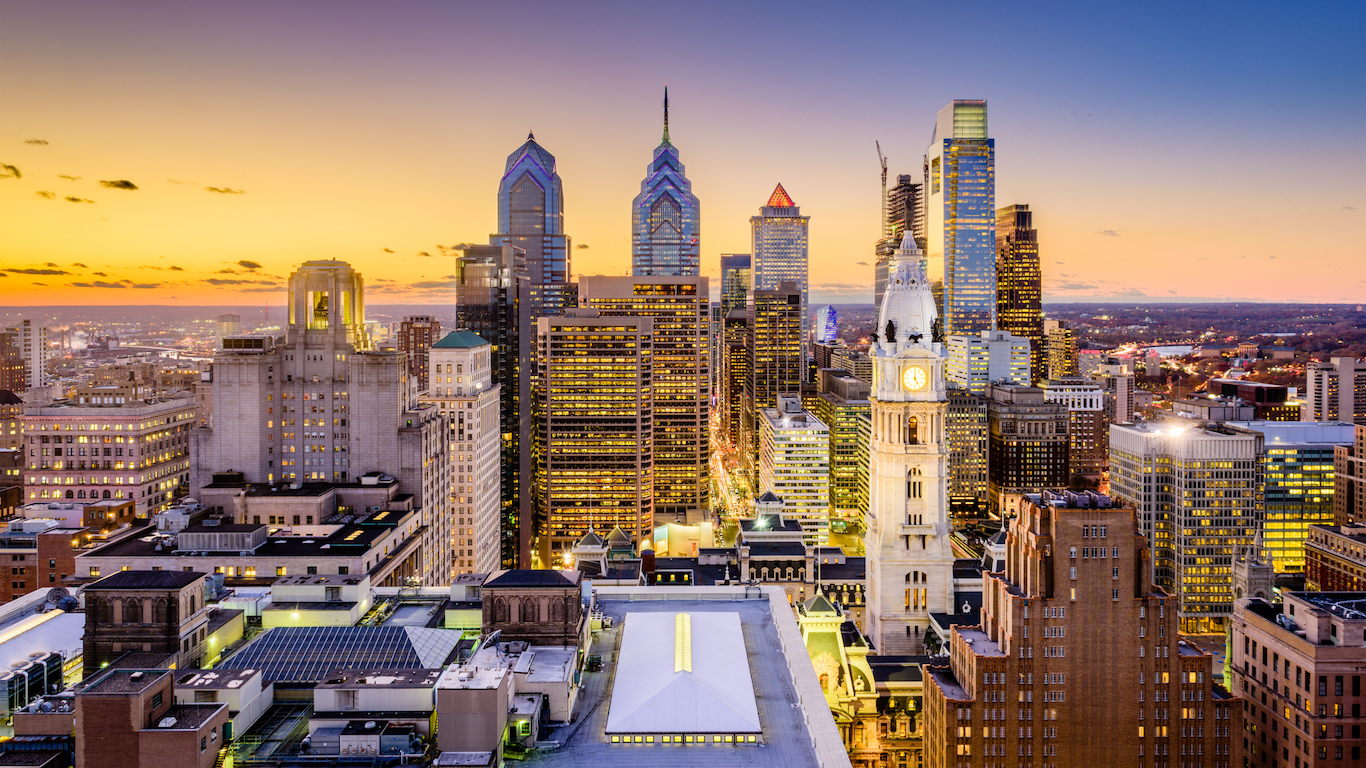 Pennsylvania’s broadcasting and telecommunications industry has grown rapidly in recent years. The state’s largest industry generated $37.5 billion in 2015, a 30.3% increase from only five years earlier. Industry jobs are also relatively high paying in the Keystone State. The average salary among broadcasting and telecommunications professionals is about $86,000 in Pennsylvania, or about $3,000 more than is typical nationwide.

After real estate, hospitals and nursing homes contribute the most to Rhode Island’s economy. The industry, which provides about 125,000 jobs in the state, generated $2.7 billion in economic output in 2015.

In most states, the largest industry was an engine of economic growth in 2015, but in Rhode Island, hospitals and nursing facilities were an exception. The industry expanded by only 0.6% in 2015, roughly half Rhode Island’s 1.1% total GDP growth that year. 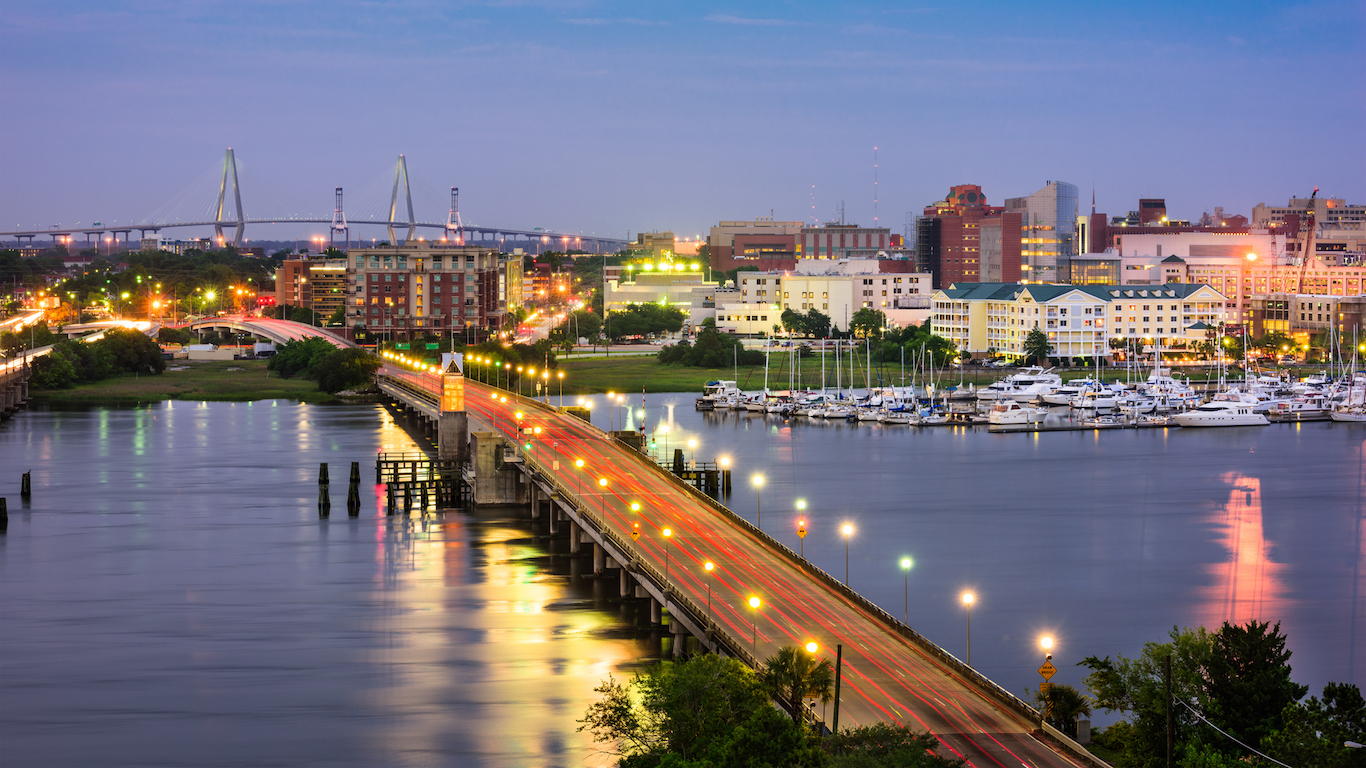 As health insurance coverage increases and the population ages, health care is projected to be one of the fastest growing industries in the coming years. The largest industry by economic output in South Carolina, ambulatory health care services has been a boon to the state’s economy. The industry expanded by 7.5% in 2015, driving the state’s total 2.8% GDP growth.

The elderly typically require more frequent medical checkups and doctor visits than younger people, and in South Carolina, 16.2% of the population is 65 or older, higher than the 14.9% share of the total U.S. population.