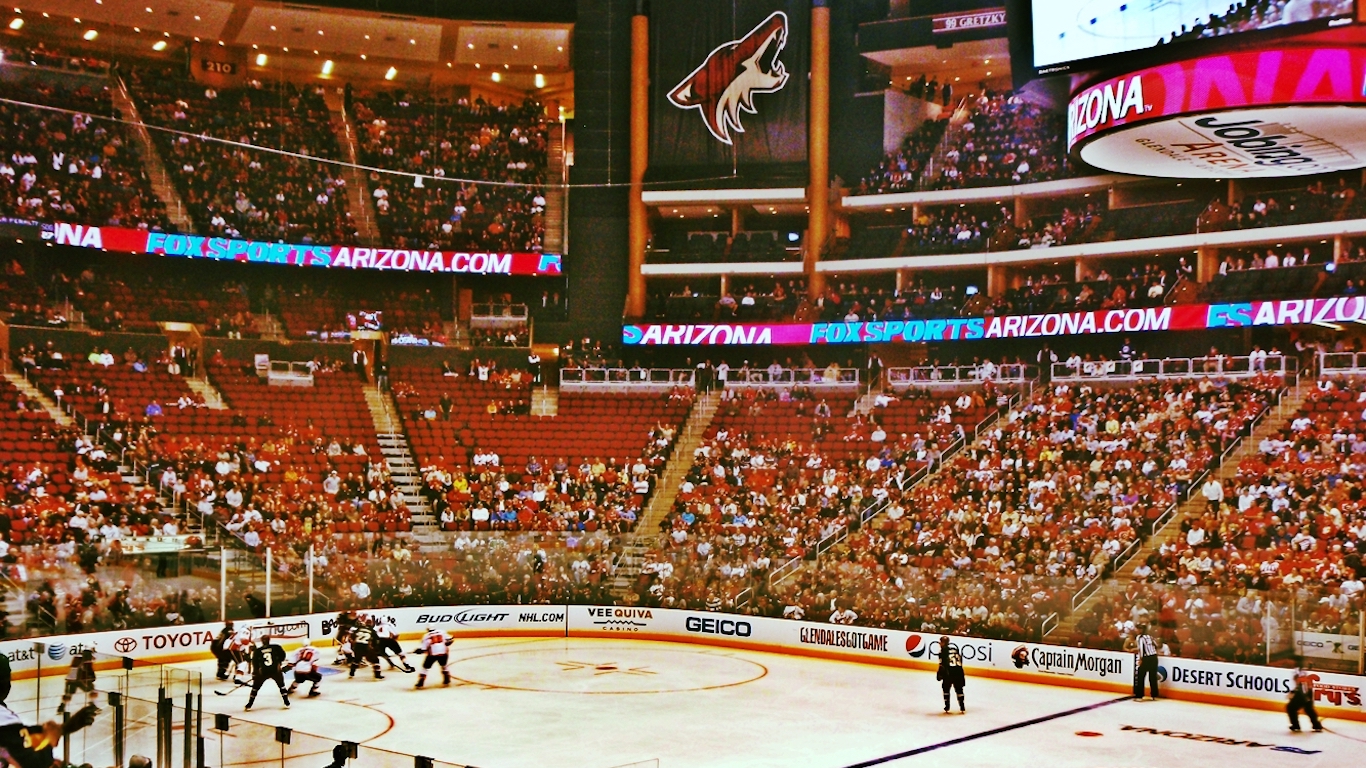 Finishing near the bottom of their division, the Arizona Coyotes had a disappointing 2016-2017 season. The team closed the season with fewer wins than all but two other teams in the league. The Coyotes were only able to fill their stadium to about three-quarters capacity on average throughout the season. A decade prior, average home game attendance topped 85%. At the time, this was a poor attendance record compared to the rest of the league, but nevertheless it was far better than today’s average.

The Coyotes are relatively new to Arizona. Formerly based in Winnipeg, the team relocated to Phoenix for the 1996-1997 season, abandoning a small, but loyal Canadian fan base. 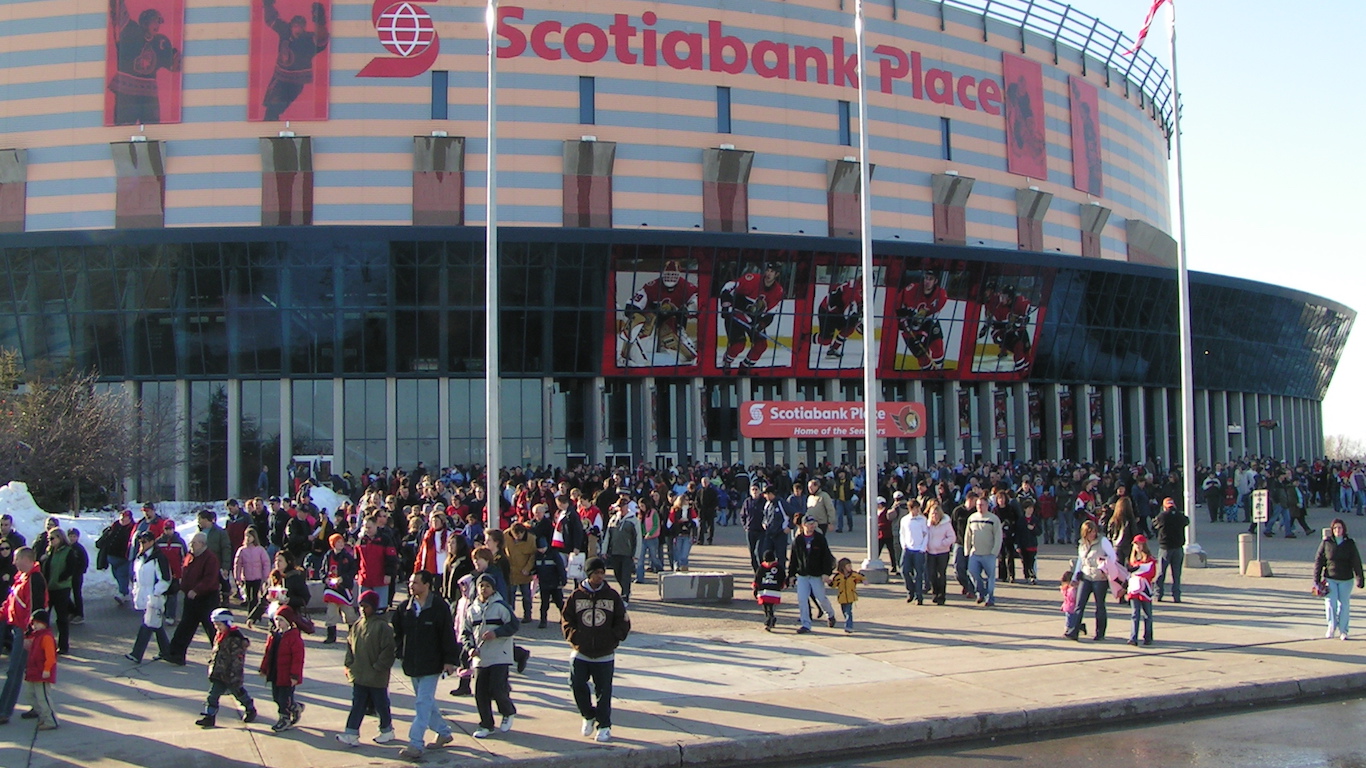 Unlike many teams on this list, the Ottawa Senators performed well during the 2016-2017 season. The Senators finished second in their division, and then had a strong playoff run, eventually losing in Game Seven of the Eastern Conference Finals to the Pittsburgh Penguins, who would go on to win the Stanley Cup. The Senators regularly filled Scotiabank Place — now Canadian Tire Centre — to capacity 10 years ago. Since then, average attendance has dropped by 13.6%. As evidence of the team’s attendance problems. Ottawa notoriously failed to sell out its first home game of the Eastern Conference semifinals against the Rangers. 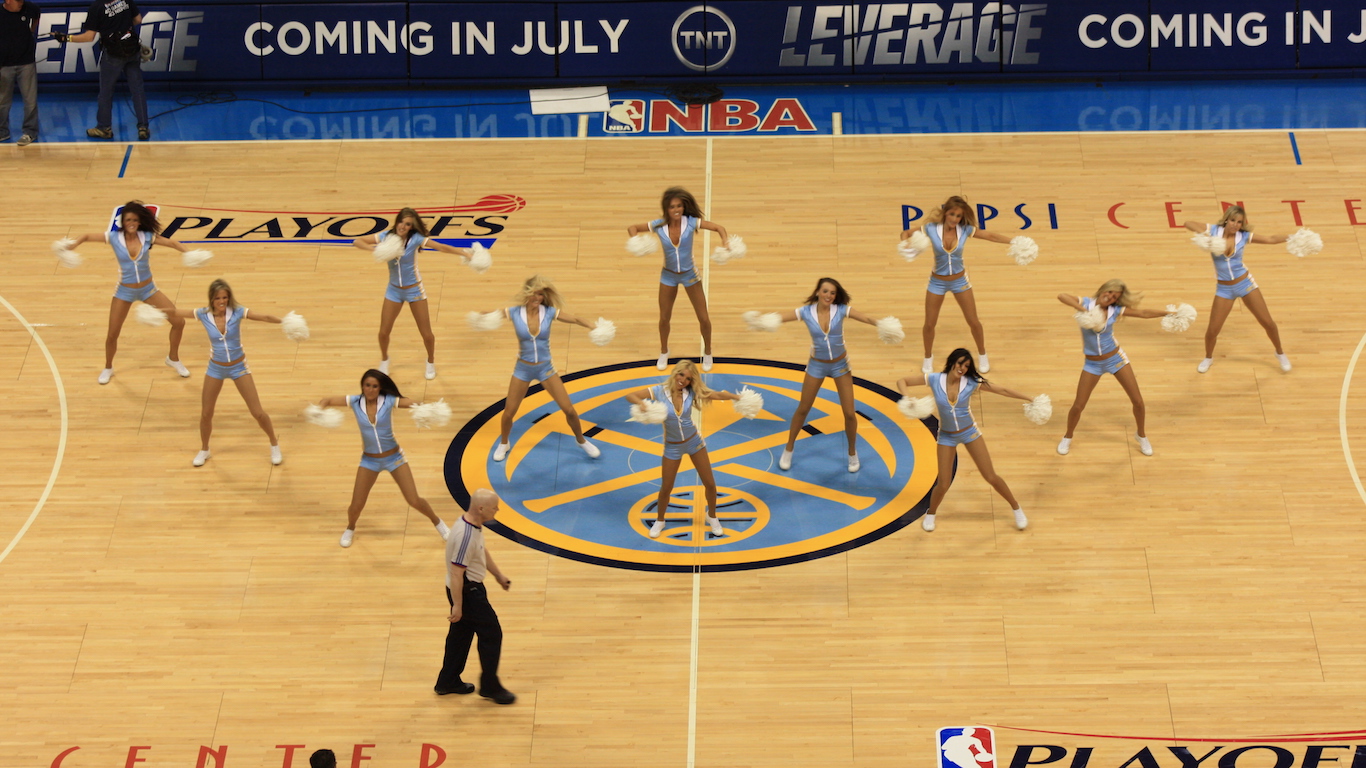 A decade ago, the Denver Nuggets were a powerhouse. Drafting Carmelo Anthony in 2003, the team made the playoffs in each of the seven full seasons the now 10 time all-star forward was with the team. The Nuggets lost Anthony in a 2011 trade along with some fan enthusiasm. The team has not had a playoff appearance in the last four seasons, and average home game attendance in 2016 was 14.3% lower than it was in 2006. 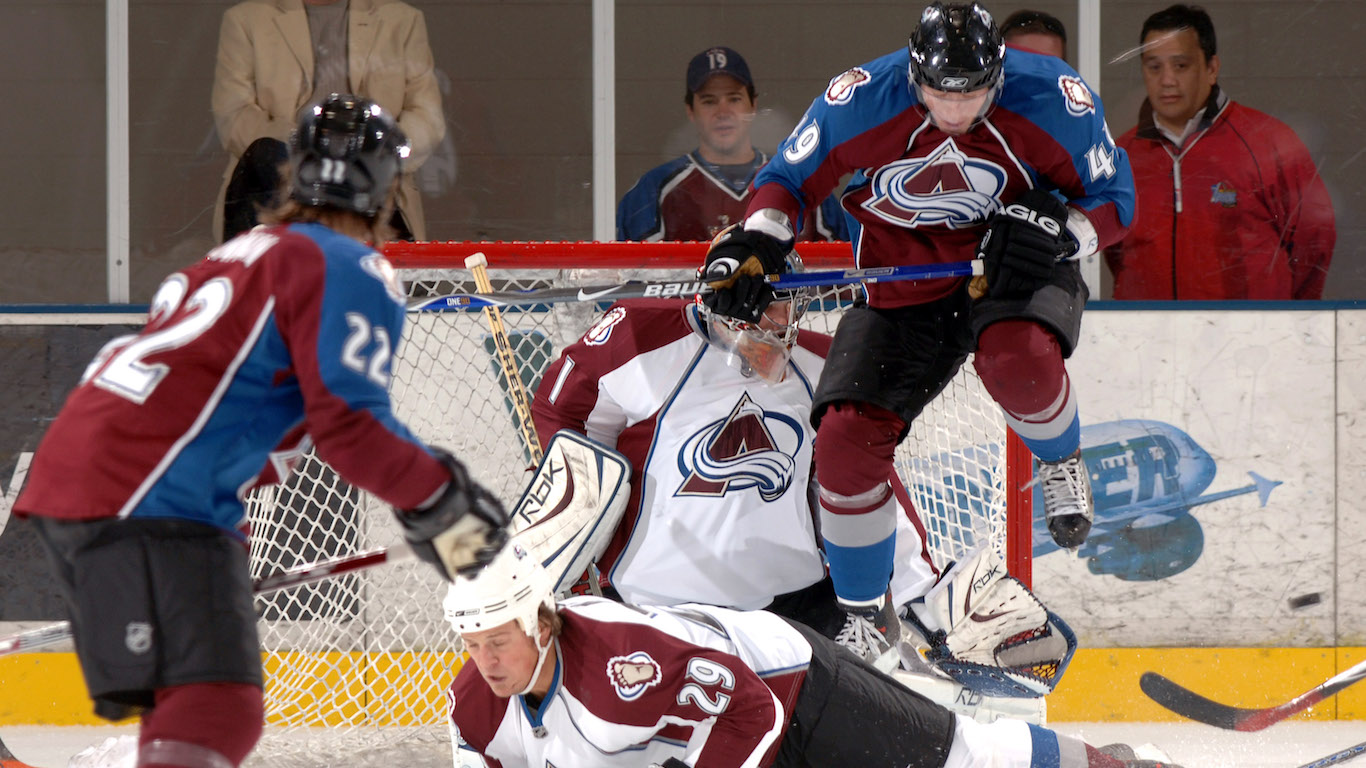 The Colorado Avalanche were once a dynasty in the NHL. The team moved to Denver from Quebec in 1995, winning the Stanley Cup in the first season in their new home city. Coming off that legendary first year, the team made the playoffs in each of the following nine full seasons, winning the Stanley Cup once more in 2001. The team missed the playoffs for the first time in 2007, and has only been back to the postseason three times since. Fan enthusiasm appears to have faded along with the Avalanche’s dominance. Finishing last in their division in the most recent season, average home game attendance is down 15.8% from a decade ago.