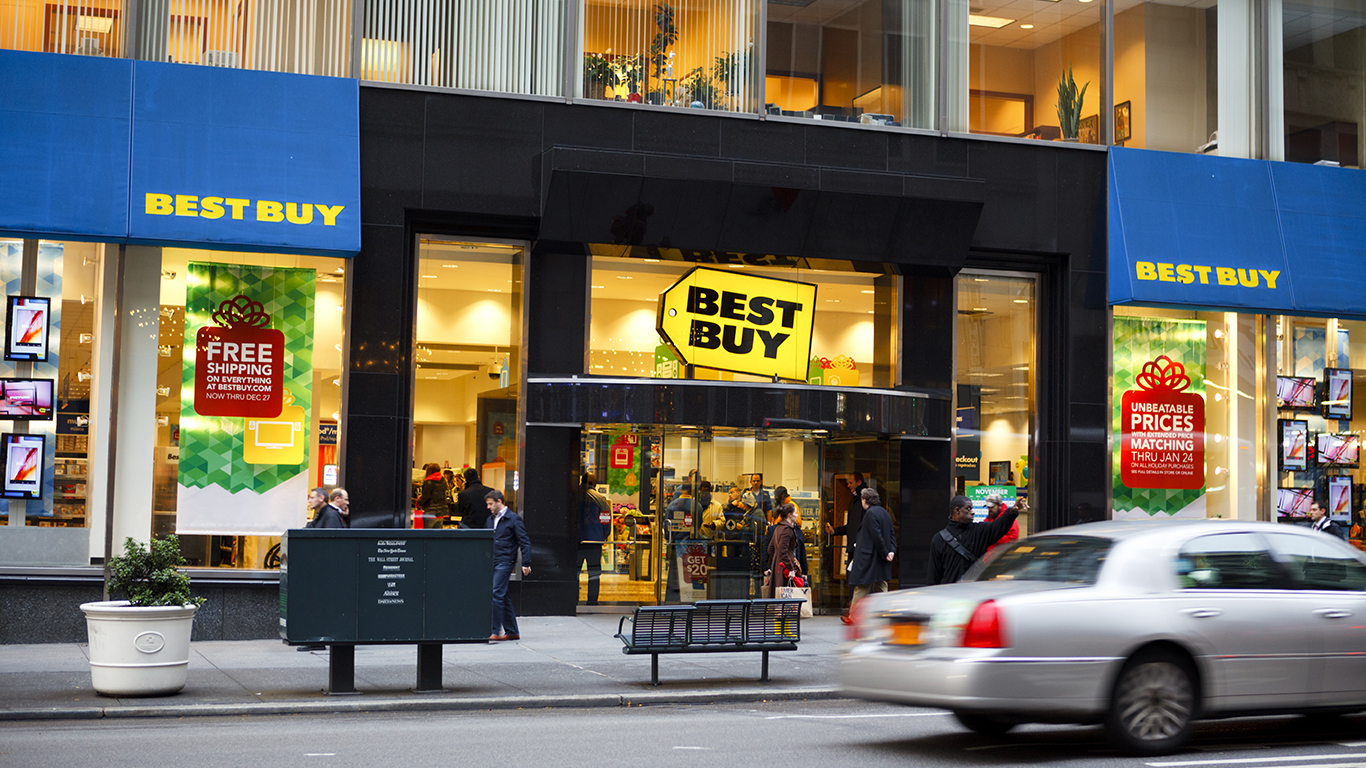 Until relatively recently, Best Buy was one of just a handful of companies in which women held a majority of executive positions. The gender balance at the consumer electronics retailer first shifted in April 2016, when Trish Walker was hired as president of service — the sixth woman on a team of 11 executives. While former CFO Sharon McCollam has since resigned from the company and former Chief Human Resources Officer Paula Baker has left the C-suite to preside over U.S. retail stores, women remain in 40% of Best Buy executive positions and board seats. Best Buy began to focus on the cultivation of female leaders within the company in 2007 with the foundation of its Women’s Leadership Forum (WOLF). Since WOLF was founded, the number of female general managers at Best Buy stores rose 40% and sales from female customers increased by $4.4 billion. 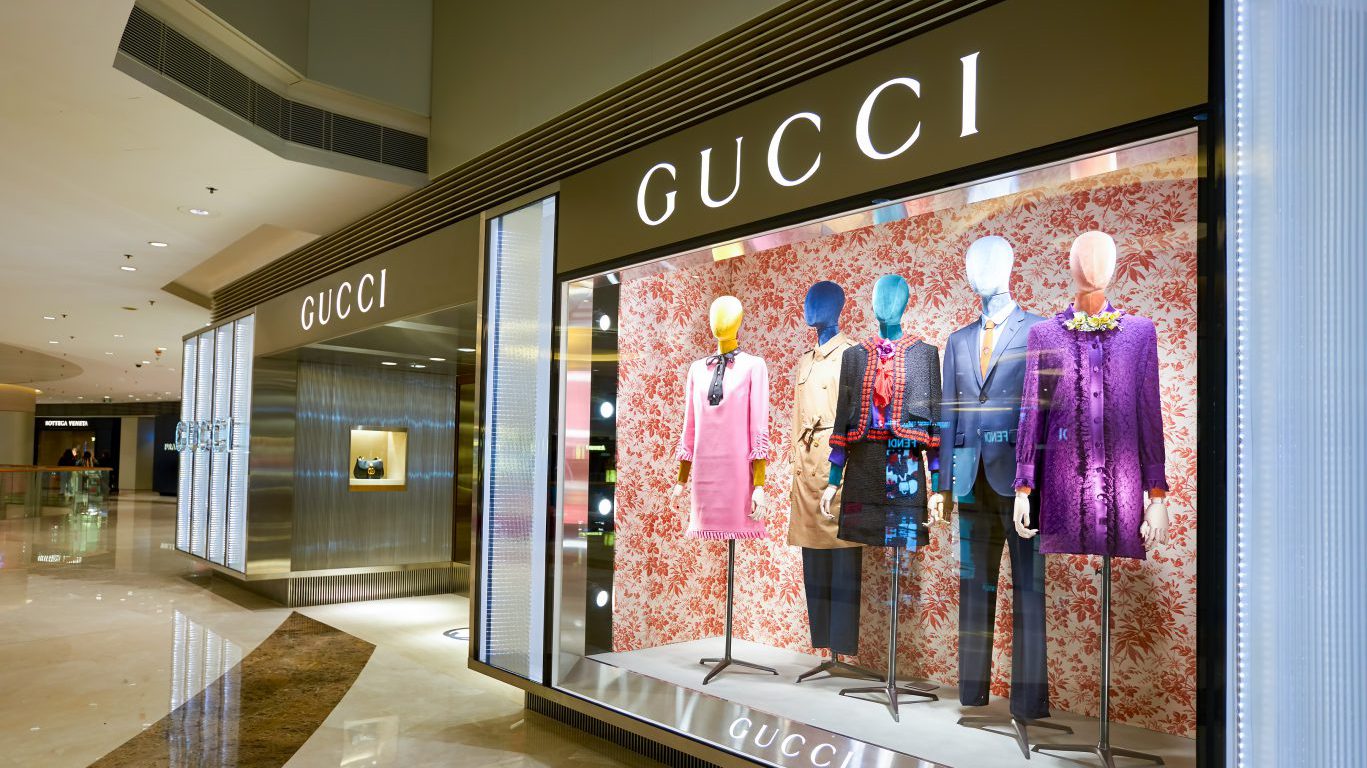 Women comprise an impressive 64% of the seats on fashion giant Kering’s board of directors. Kering, which owns such luxury brands as Gucci and Alexander McQueen as well as sports brand Puma, claims that advancing gender equality is a priority at the company. Aside from making the company an inviting workplace for women, Kering has partnered with Cannes International Film Festival and launched Women in Motion, a program that showcases women’s contributions to the film industry. Kering also created the Kering Foundation, which helps to end harmful traditional, domestic, and sexual violence against women in Europe, the Americas, and Asia.

ALSO READ: Most Famous Musician From Each State 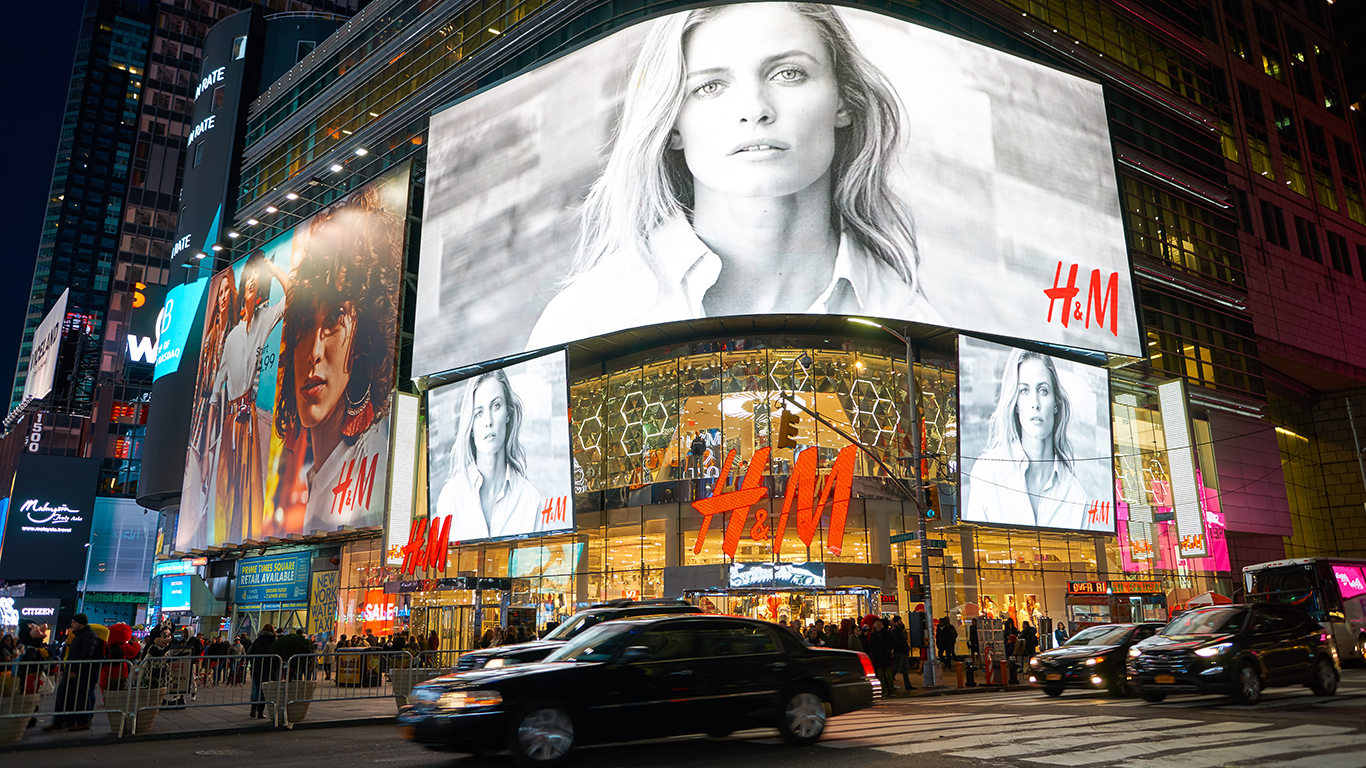 At fast-fashion retailer H&M, women hold 64% of board and 35% of executive positions. H&M also cultivates female leaders outside of the company through its nonprofit organization, H&M Foundation. In addition to providing funding for several causes across the globe, the H&M Foundation hosts the Foundation 500 — a partnership with Cooperative for Assistance and Relief Everywhere (CARE), which helps female entrepreneurs in poor communities around the world start and develop their own businesses.

While H&M ranks among the best companies for female representation in leadership roles, the company has also been criticized for its treatment of women in its clothing factories. According to one report from the Asia Floor Wage Alliance, workers in Cambodia and India are routinely fired for being pregnant and let go for asking for sick days or refusing overtime. 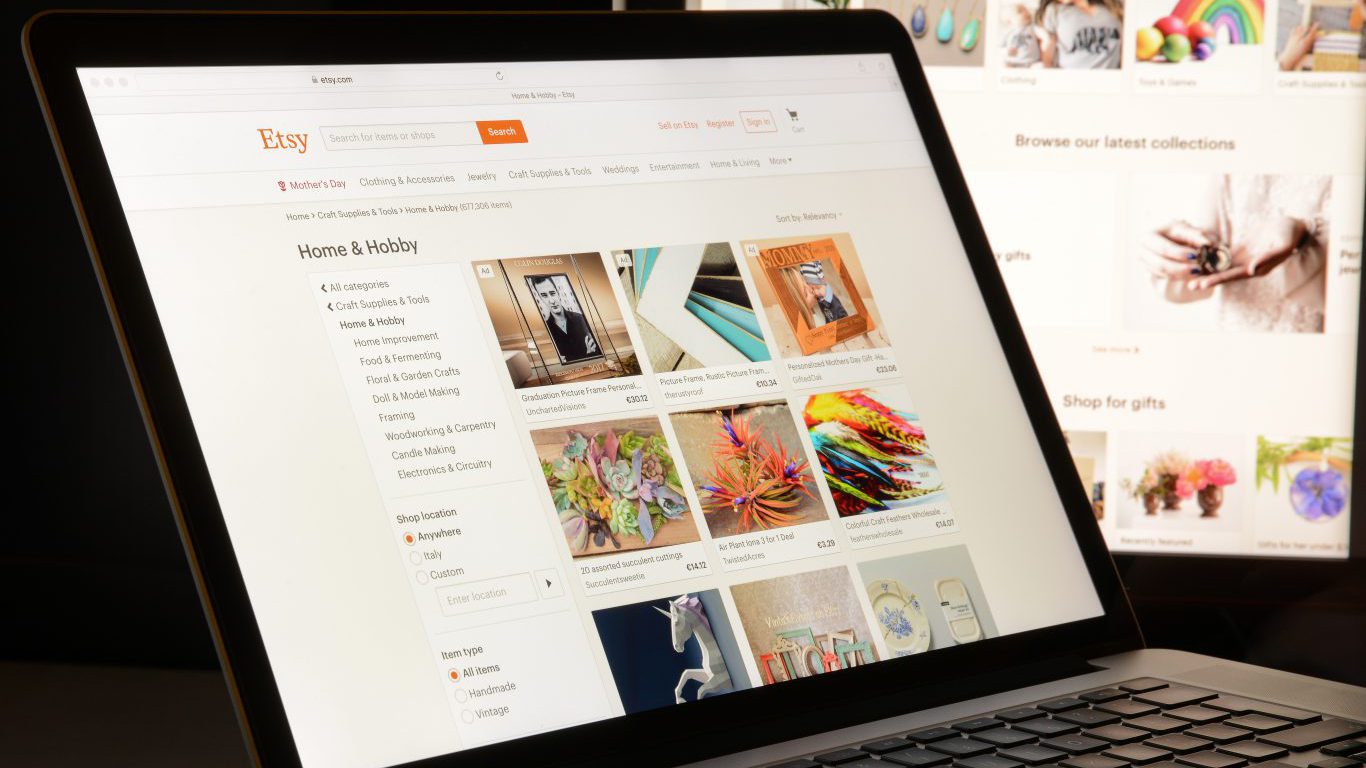 At Etsy, an online marketplace that connects 1.8 million unique sellers more than 30 million active buyers across the globe, 50% of the board seats and 63% of executive positions are held by women. Seeing as nearly 9 out of 10 sellers on Etsy are female, it is fitting that Etsy has made efforts in recent years to increase female representation in the company’s leadership roles. From 2015 to 2016, the number of female managers at Etsy increased by 14%, and the number of women in leadership roles increased by 35%. The company has also taken measures to accommodate employees who identify as neither a man nor a woman. As of 2014, Etsy no longer represents gender in a binary way on its demographic composition reports. In 2015, Etsy converted the bathrooms at its New York City headquarters to be gender inclusive. 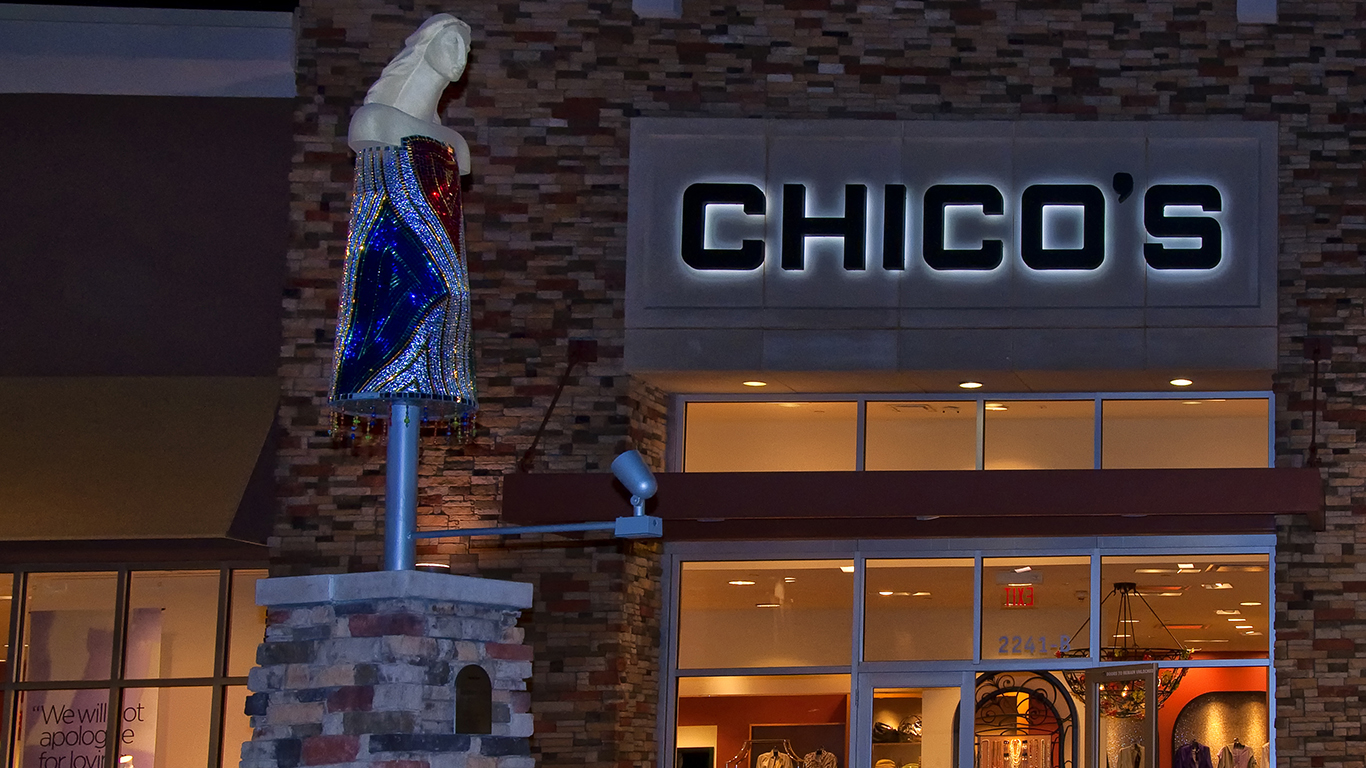 The company with the greatest female representation among board and executive positions is women’s retailer Chico’s FAS, Inc., at 56% and 73%, respectively. CEO Shelley Broader is one of the few female chief executives among the largest global corporations. Broader began her career as president and CEO of Chico’s FAS, Inc. in 2015, the same year she was featured on Fortune’s Most Powerful Women International List. Broader was hired at a time when Chico’s FAS had been experiencing sluggish sales for years, and was reported to be a buyout target with its stock price down 36% from December 2012 to December 2015. Since then, Broader and her predominantly female executive team have led Chico’s FAS on a successful turnaround, cutting costs and making important hires across the company. Within one year of Broader’s appointment, the company’s share price had risen 41%.