The Ten Industries That Pay Women The Least 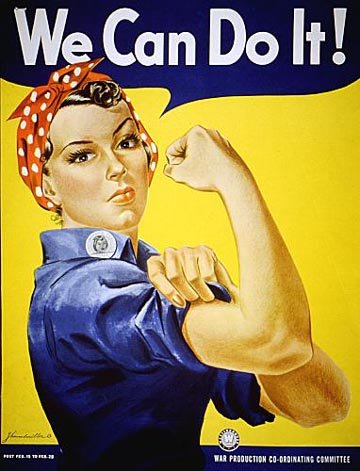 Women continue to struggle for equal rights in the workplace.  For at least two decades, they have earned 80% of the wages of men doing equivalent jobs. That should be a shock to most people since the feminist movement is several decades old.  Sadly, though, the financial gains that women have made have eroded in recent years.

24/7 Wall St. analyzed data from the the Bureau of Labor Statistics, the Department of Labor, the Census Bureau, as well as Catalyst, the leading nonprofit organization for expanding women in business, and The Institute for Women’s Policy Research, to determine which ten industries have the greatest pay disparity between the sexes. Along with this information, we have added other data that might shed some light on the issue. According to this research, women make as little as two-thirds what men do to perform the same job in some industries.

Researchers say that one cause of the ongoing inequality is that some large industries employ far more men than women. This includes utilities, public administration, and the retail trade. There is no clear reason why this has happened.

Do men conspire to keep the pay of the women at low levels? There is no evidence that this has occurred. What about the theory that senior management purposely keeps men’s pay higher?  There is no proof of this either though several legal cases are arguing it.

“Alas, no one has those data as companies tend to be very secretive about this,”   says Arian Hegewisch, Study Director at IWPR. “The best information in theory might be sex discrimination law cases against specific companies, but even there, unless cases are litigated by the EEOC, typically wage and salary data are kept under wraps.”

Women may be held back because surprisngly few of them are in senior management at many companies. Catalyst  found that women held 15.7% of the board seats in Fortune 500 companies in 2010, an  inexplicable statistic given the number of  available qualified female candidates.  More than 10 percent had no women serving on their boards at all.

Woman are not the only group which faces pay discrimination. People of color suffer from similar disadvantages. White men have largely controlled the top-tier of positions in both government and business since the country’s founding. It is very likely that people who are in power want themselves and those like them to stay in power. It could be argued that this one, and perhaps the most important, of the reasons for inequality of pay. There is no research, however, that shows that white men purposely decide to underpay women and minorities because it’s in their economic self-interest.

This is 24/7 Wall St.’s list of “The Ten Industries That Pay Women The Least,” which raises just as many questions as it answers.

Read The Ten Industries That Pay Women The Least