The Most Religious States 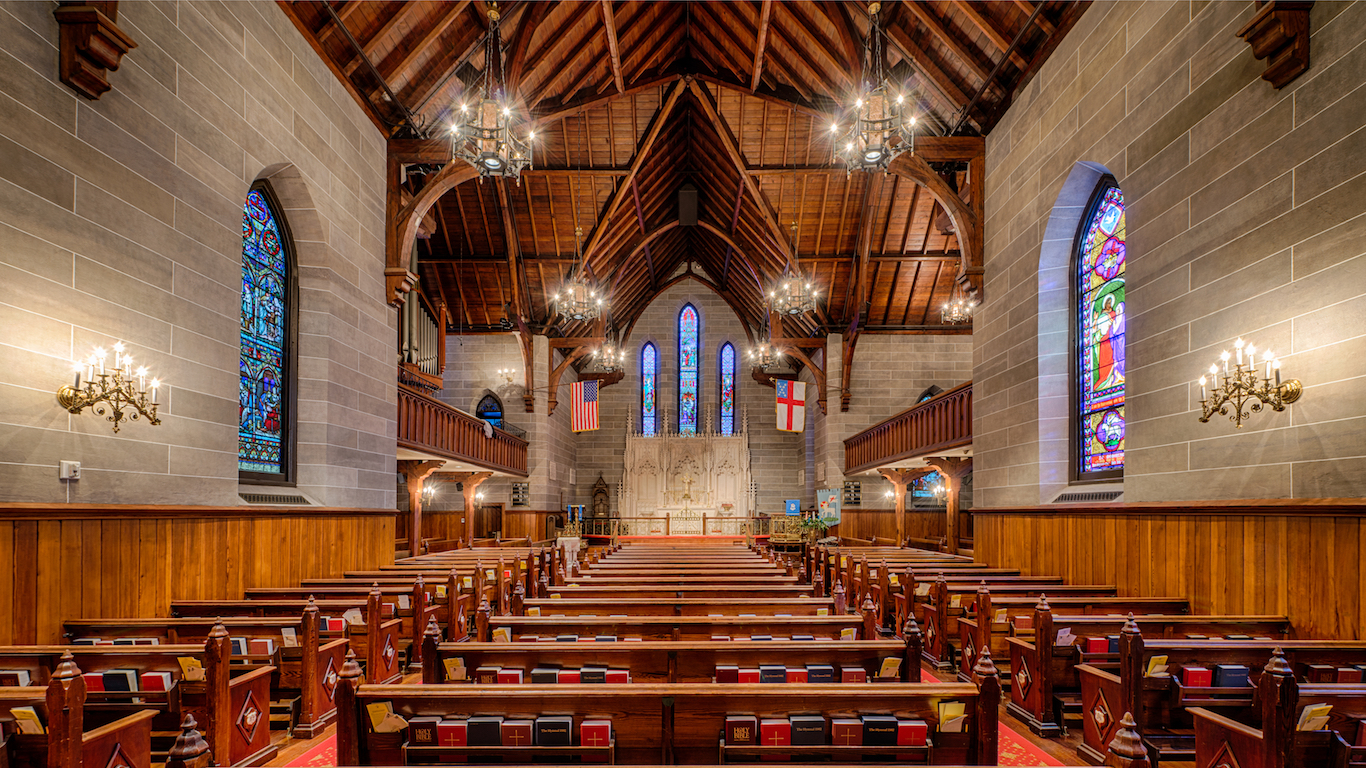 As with many other states, North Carolina’s religious population largely consists of evangelical Christians. Some 35% of adults in the state are evangelical, the 10th highest percentage in the country.

North Carolina also has one of the highest Protestant Christian populations. Some 12% of its population identifies as Protestant, which is double the national share. 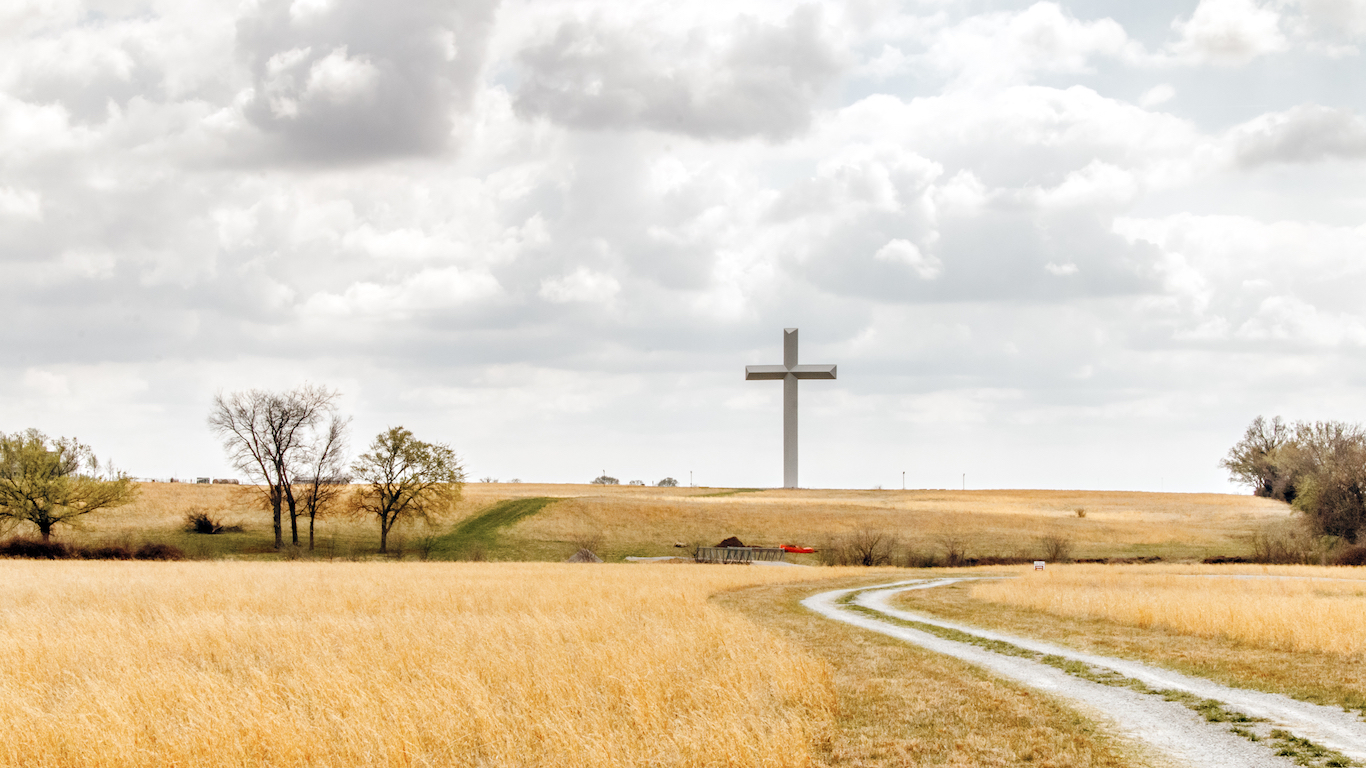 While the percentage of evangelical residents in the state is high, it used to be higher. In 2007, Oklahoma was the most evangelical state in the country as 53% of its adult residents identify as evangelical. 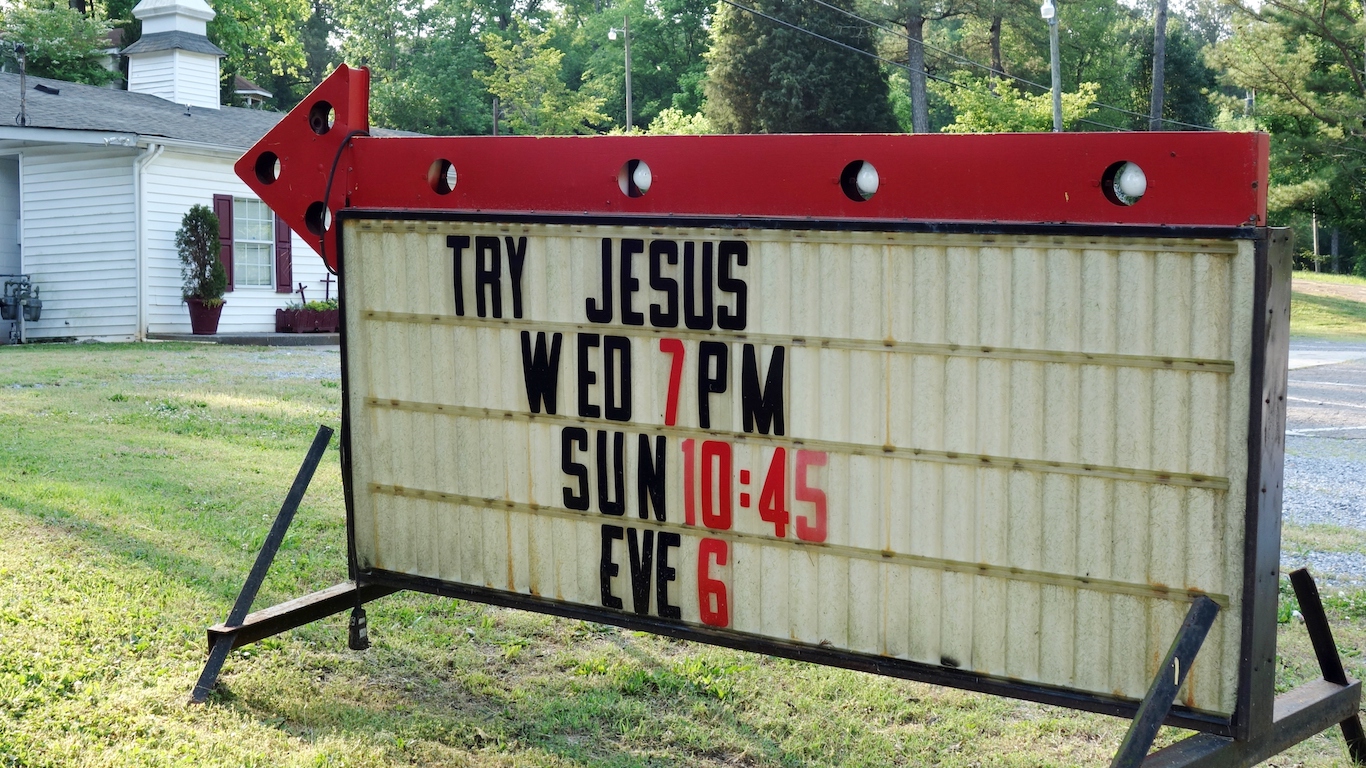 With a large evangelical and Protestant population, 79% of Georgia adults identify as Christians, one of the five highest percentages in the country. However, that is a drop from the estimated 84% of adults who were Christian in 2007. Some 64% of Georgia adults say religion is very important to them and 74% believe in God with absolute certainty, both figures are in the top 10 among states.

The state is also among the 10 youngest in America, with a median age of 36.5 years old. Georgia is very religious, even though young people tend to be less likely to have a religious affiliation. 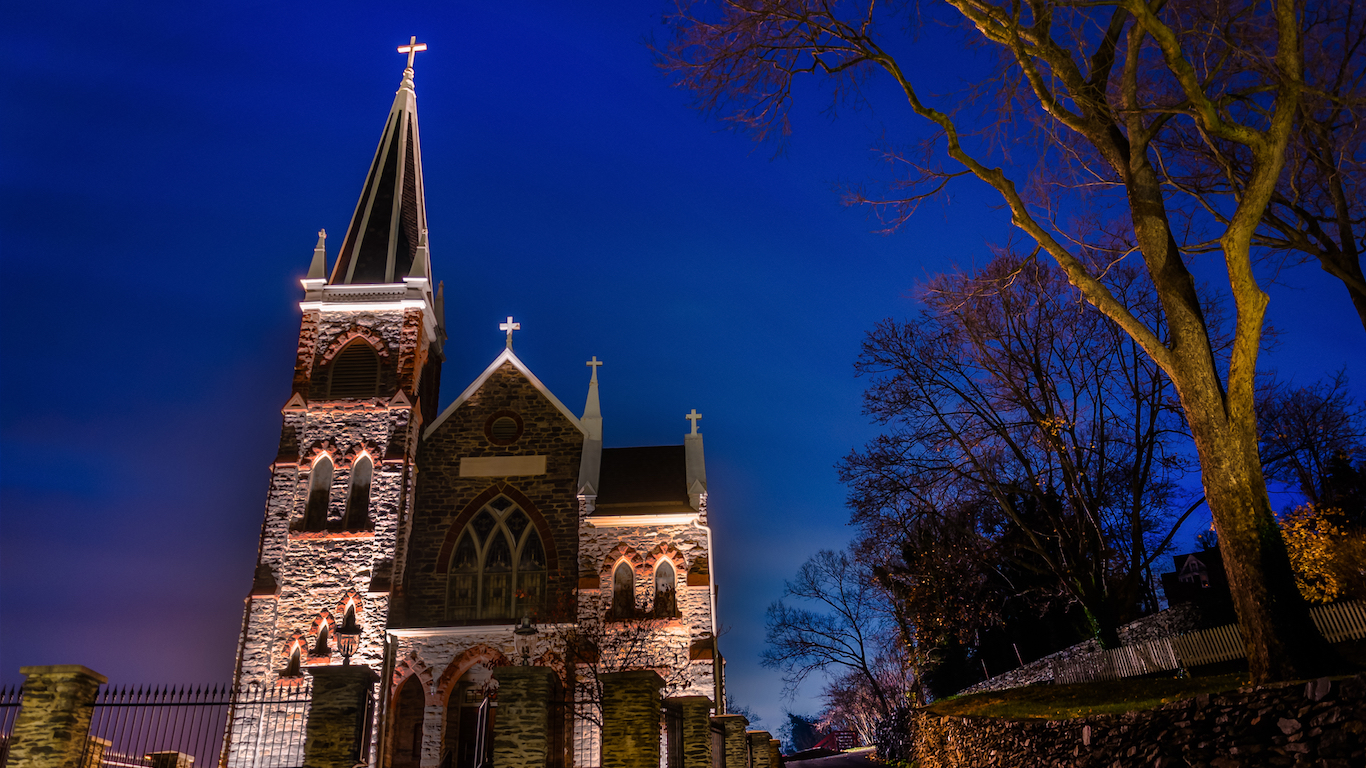 The share of religious adults in all states is shrinking — with one exception. West Virginia is the only state where the percentage of nonreligious adults actually declined from 2007 to 2014.

The growth in the state’s religious population is largely attributable to the 3 percentage point increase West Virginia saw in its evangelical population, from 36% to 39%. West Virginia also has the third highest percentage of adults who are mainline Christians at 29%. 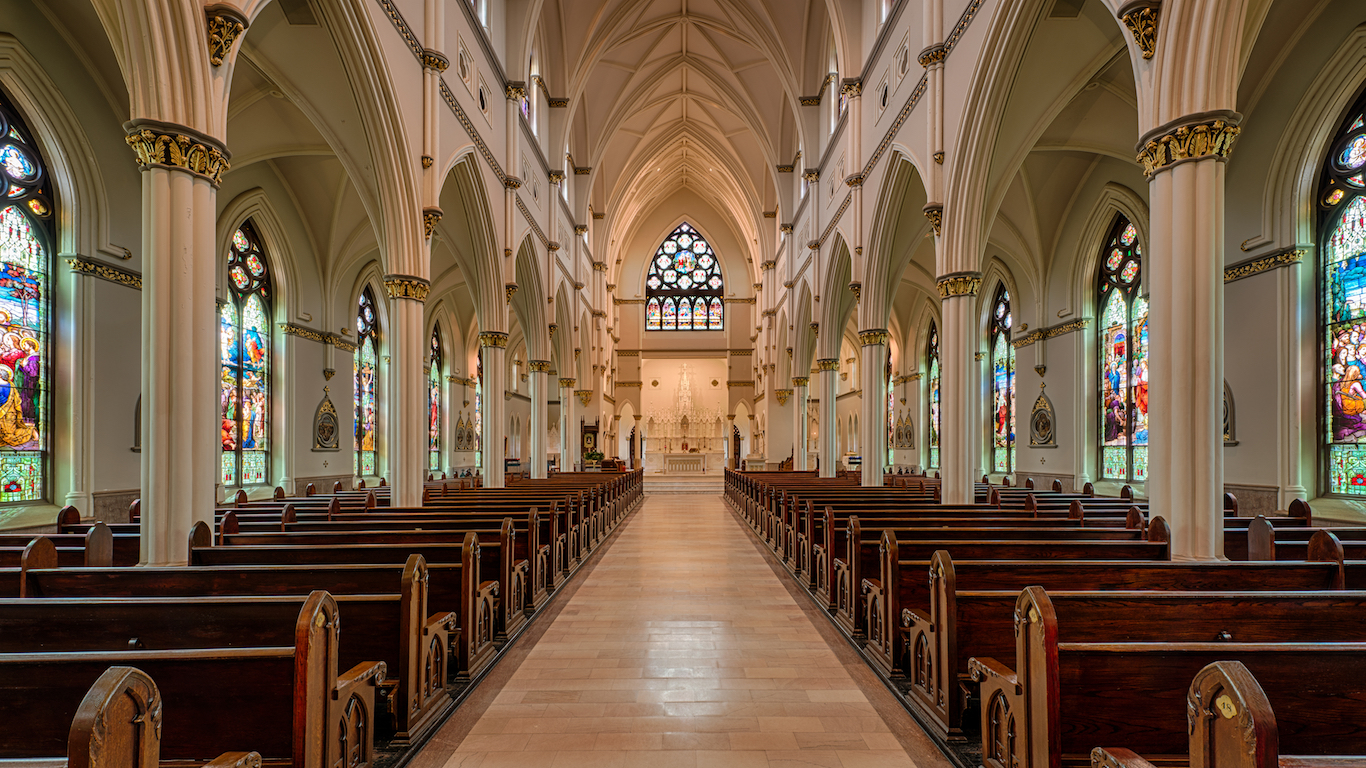 Because South Carolina is tucked firmly in the Bible Belt, it should come as no surprise that Christianity is the most prevalent religion. While most adults in South Carolina are evangelical, more than 10% of the state’s adults also describe themselves as mainline Protestants and Catholic — one of the only states where that is the case. However, a significant drop in religiosity occurred between 2007 and 2014, when the percentage of adults who consider themselves religious dropped from 90% to 81%. With this in mind, South Carolina still has some of the highest sermon attendance in the country, with nearly 47% of adults saying they attend worship services weekly.