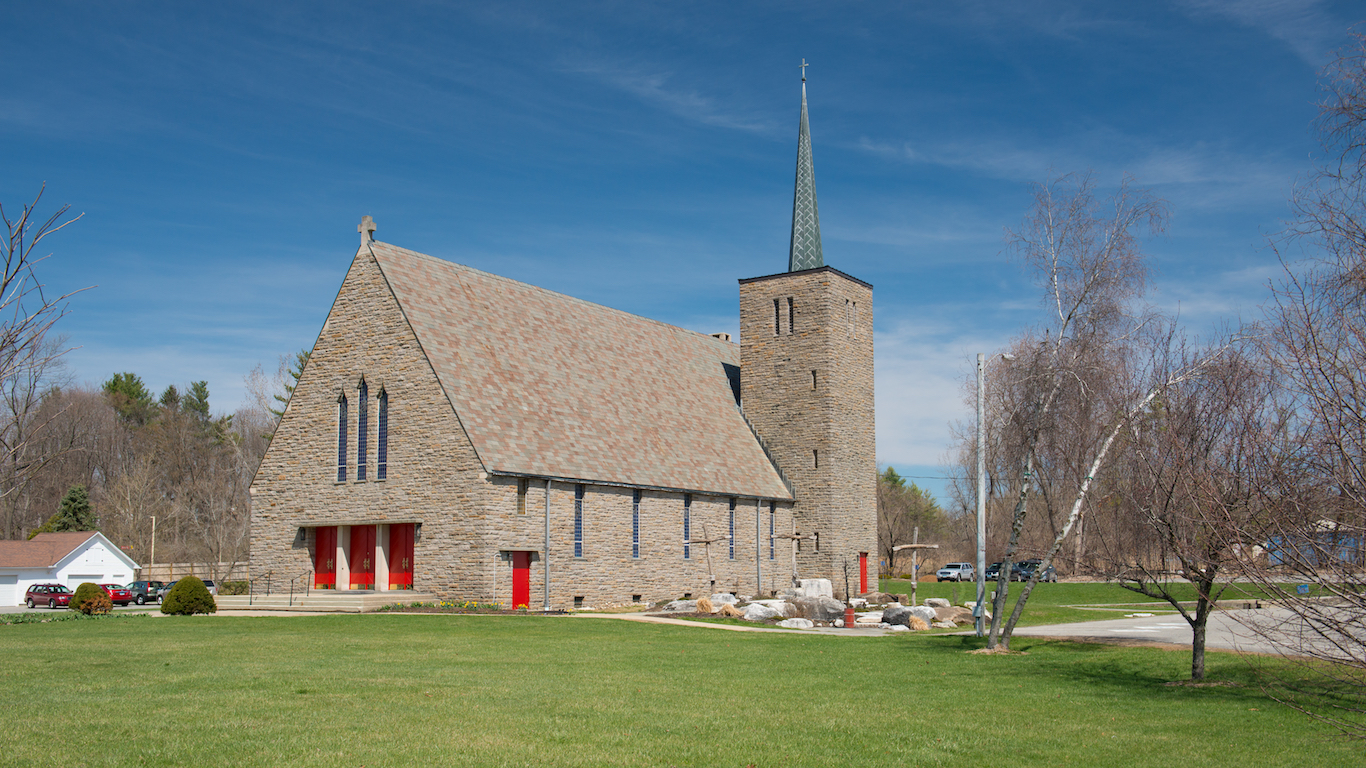 Even though an estimated 79% of Connecticut adults affiliate themselves with a religion, only 43% see themselves as highly religious. Connecticut has a growing Jewish population, rising to 3% of the population in 2014 from 1% in 2007. However, its fastest growing ideologies are evangelical and mainline Protestant. Still, the majority of adults in Connecticut do not deeply depend on religion, with only 42% of adults claiming it is important in their lives. That percentage is lower than all but a handful of other states. 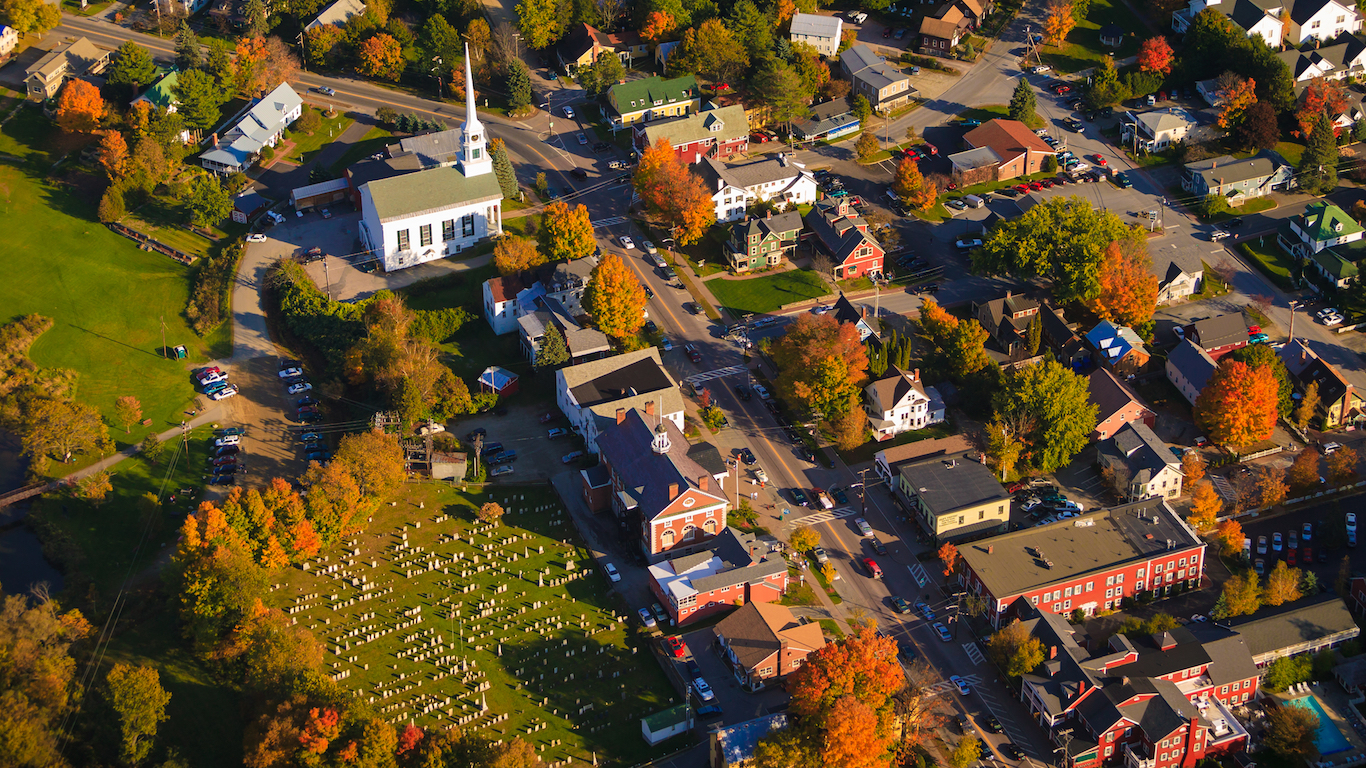 Even though Vermont is not the least religious state in the country, its residents are some of the least impacted by religion. Less than a third of adults say religion is very important in their lives or that they pray daily, and only 21% of adults attend worship services at least once a week — both the lowest percentages of any state.

Vermont’s religious population is bolstered by the fact that 19% of its population are mainline Protestants, higher than in all but 10 other states. It is also tied for the eighth highest share of Jewish population. 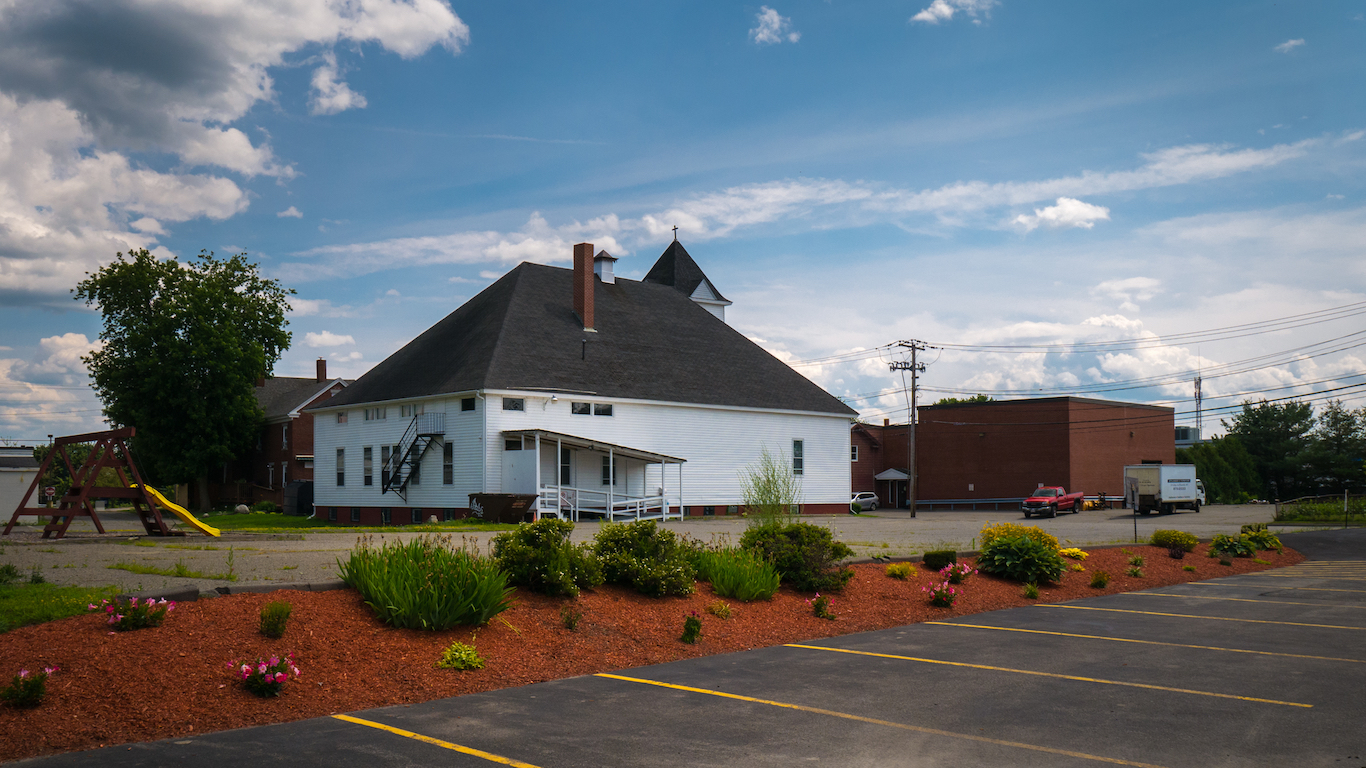 Studies show religion is becoming less important to Americans with each new generation. Americans born in the decades surrounding World War II are more likely to pray daily and believe in God than Generation Xers and Millennials. Maine, with a median age of 44.5 years old, has the oldest population in the country, but it is still one of the least religious.

Some 19.3% of Maine’s residents are 65 and older, the second-highest share. Despite the older population, only 34% of Maine adults consider religion very important, and just 22% worship on a weekly basis, some of the lower percentages among U.S. states. 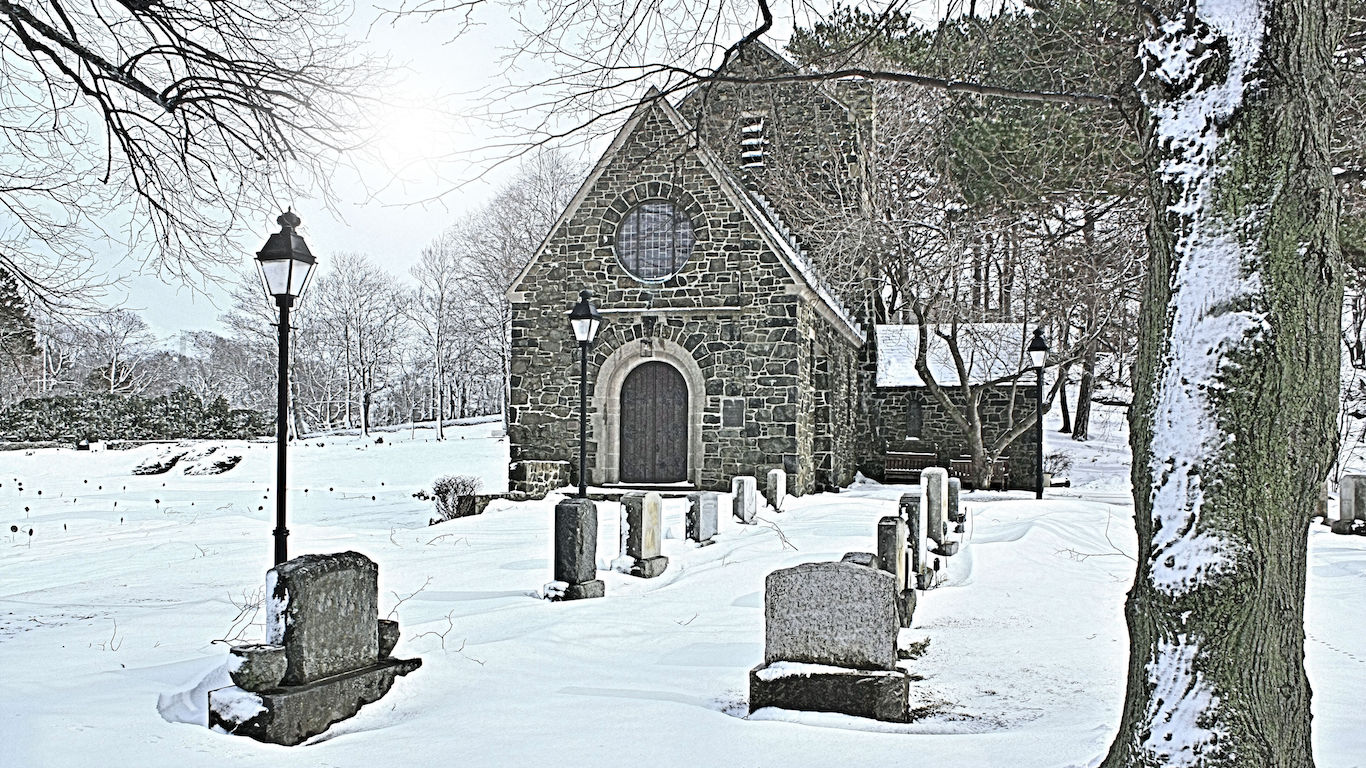 Massachusetts is home to one of the least religious populations in the country. Only 33% of Massachusetts residents say religion is important in their lives. While nearly 79% of adults considered themselves religious in 2007, only 65% felt the same in 2014. The number of nonreligious adults increased 15 percentage points in that same period. 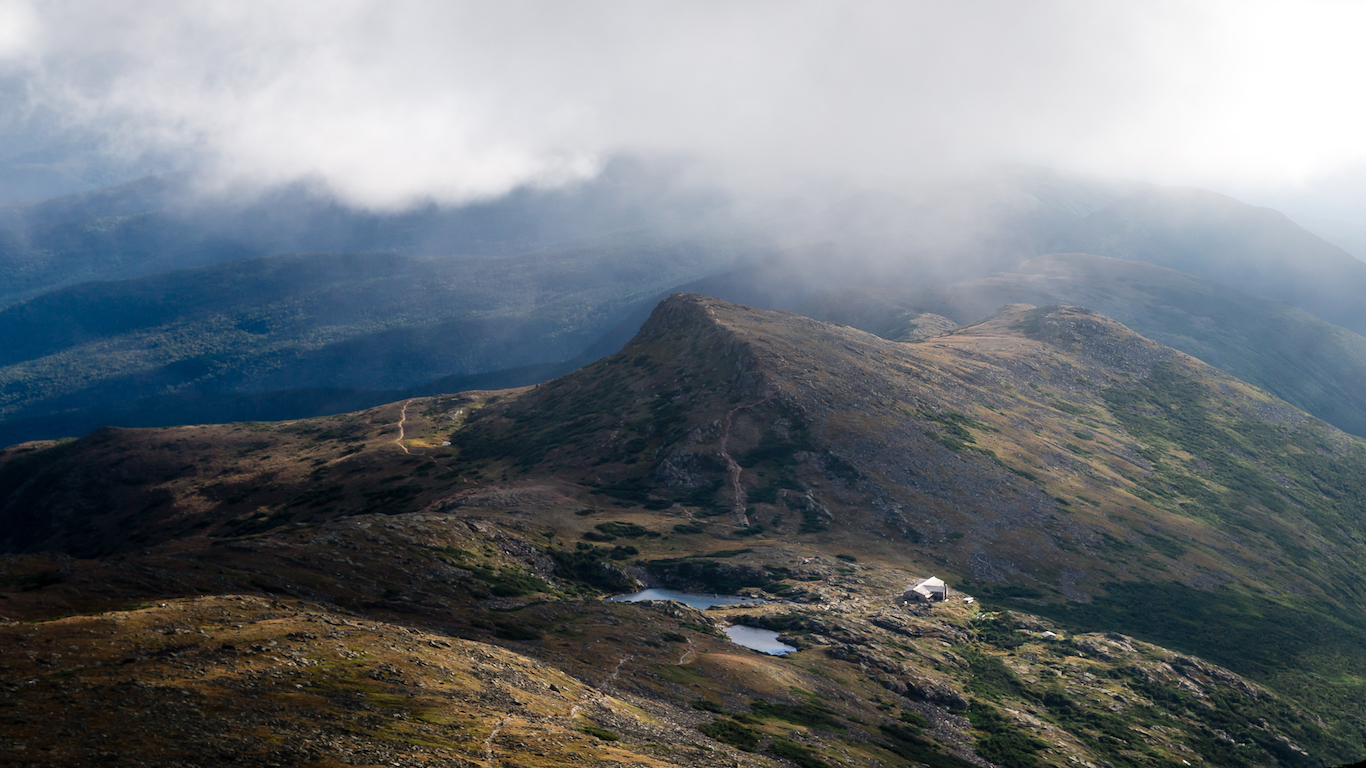 Despite these lower figures, most New Hampshire adults are Christian at 59%. Some 26% of adults in the state are Catholic, the largest group of Christians in the state and the ninth-highest percentage among states.