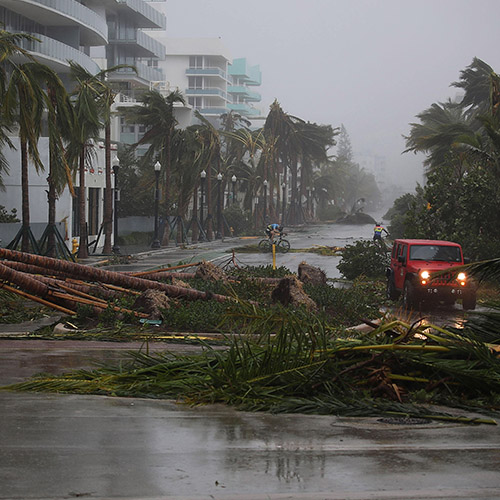 Source: Joe Raedle / Getty Images
October’s massacre in Las Vegas represents the latest in a string of mass shootings that have killed hundreds across the country over the last two decades. Between the historic fires in California, the series of hurricanes that have devastated Puerto Rico and states in the Gulf, and the Vegas massacre, for some it may seem that tragedy strikes more these days than it used to.

The fact is, however, that for centuries countless events have caused immeasurable human suffering. Looking at the historical record in United States alone, such events can be identified in every state. These events destroy property and wildlife, rob people of their jobs and homes, and take the toll of human life. Natural disasters, accidents, and atrocities committed by man against man are inevitable, but the impacts on the victims, survivors, and often on the psyches of the population as a whole are never lessened. There is no getting used to tragedy.

Some disasters have effects that reach far across the country, and through history. The explosion of the Space Shuttle Challenger, the Assassination of JFK, the immolation of the Hindenburg, each of these events shook Americans to their core and robbed millions of their sense of wonder and hope. While some might object to comparing these to events that might have had greater total losses of life, the extent to which these events have a permanent and horrible effect on the public should not be discounted.

Some of these events — natural disasters such as hurricanes and tornados, for example — could not have been prevented. Others, such as mine explosions and train collisions, could have, if proper precautions had been taken. In either case, technologies and practices have improved to help limit the loss of life and property. The public’s reaction to many of the events on this list eventually led to the improvement of safety codes and infrastructure, saving future lives, but at a terrible cost.

The most horrific tragedies are often natural disasters, which strike with varying frequency and intensity across the United States. The majority of states along the Atlantic coast have experienced at least once catastrophic hurricane; the heavily forested parts of the western U.S. in particular has been the site of devastating wildfires; parts of the states along the Mississippi river have been decimated as the mighty river flooded its banks.

Other tragedies, such as shootings, building fires, and transportation accidents, transcend borders, geography, and climate.

Every state in the country has been the site of a disaster of truly tragic proportions. These events did not always set the state record for the greatest losses of life — although they often did. They each are examples of great catastrophe that will never be forgotten by those that had the misfortune of bearing witness to them.

Click here to see the worst tragedy in every state.