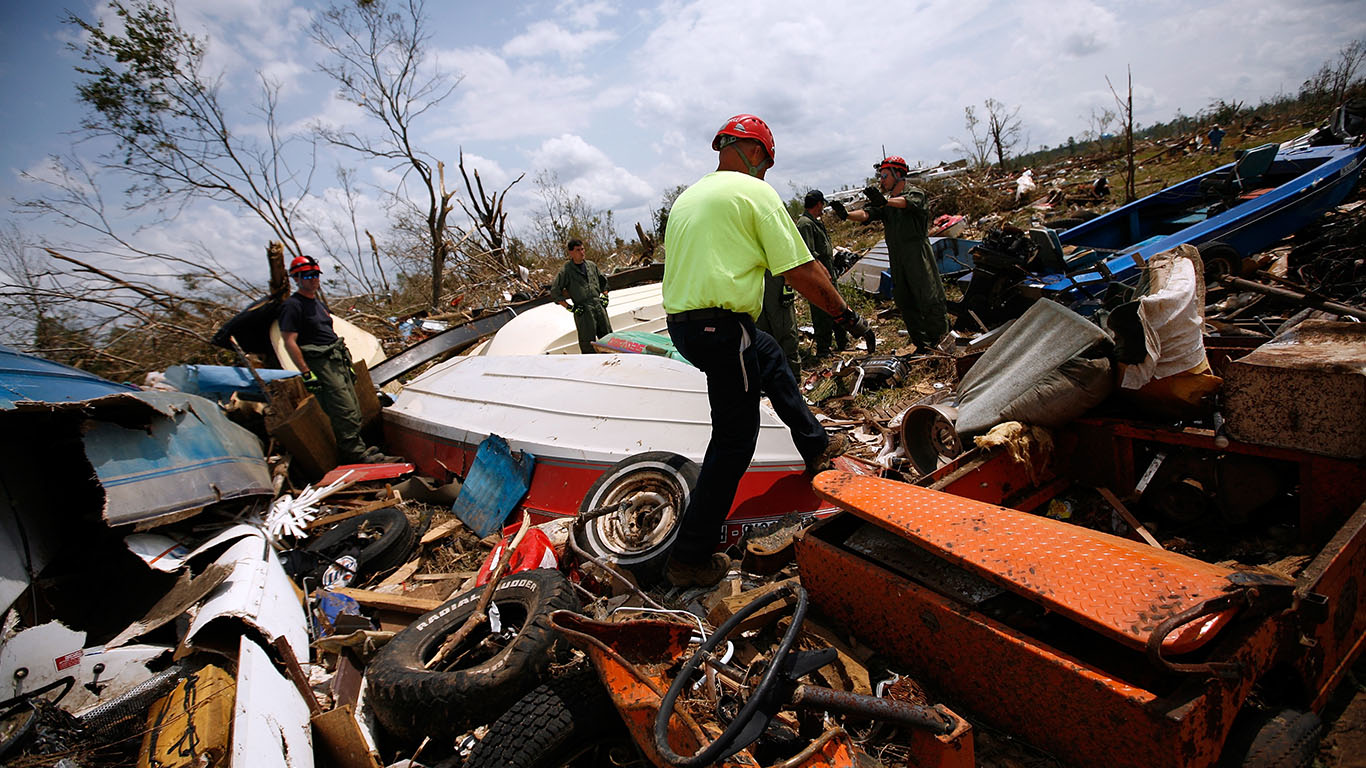 It was called the “Super Outbreak’’ and it happened between the 25th and 27th of April, 2011, when 362 tornadoes ravaged 14 states and killed more than 300 people, leaving an estimated $10.8 billion in damage. No state suffered more than Alabama, where the 64 tornadoes that touched down claimed 243 lives. To underscore the intensity of the cyclonic activity, one tornado with winds of up to 190 miles per hour killed 65 people along an 80-mile stretch from Greene County to Tuscaloosa in about 90 minutes. 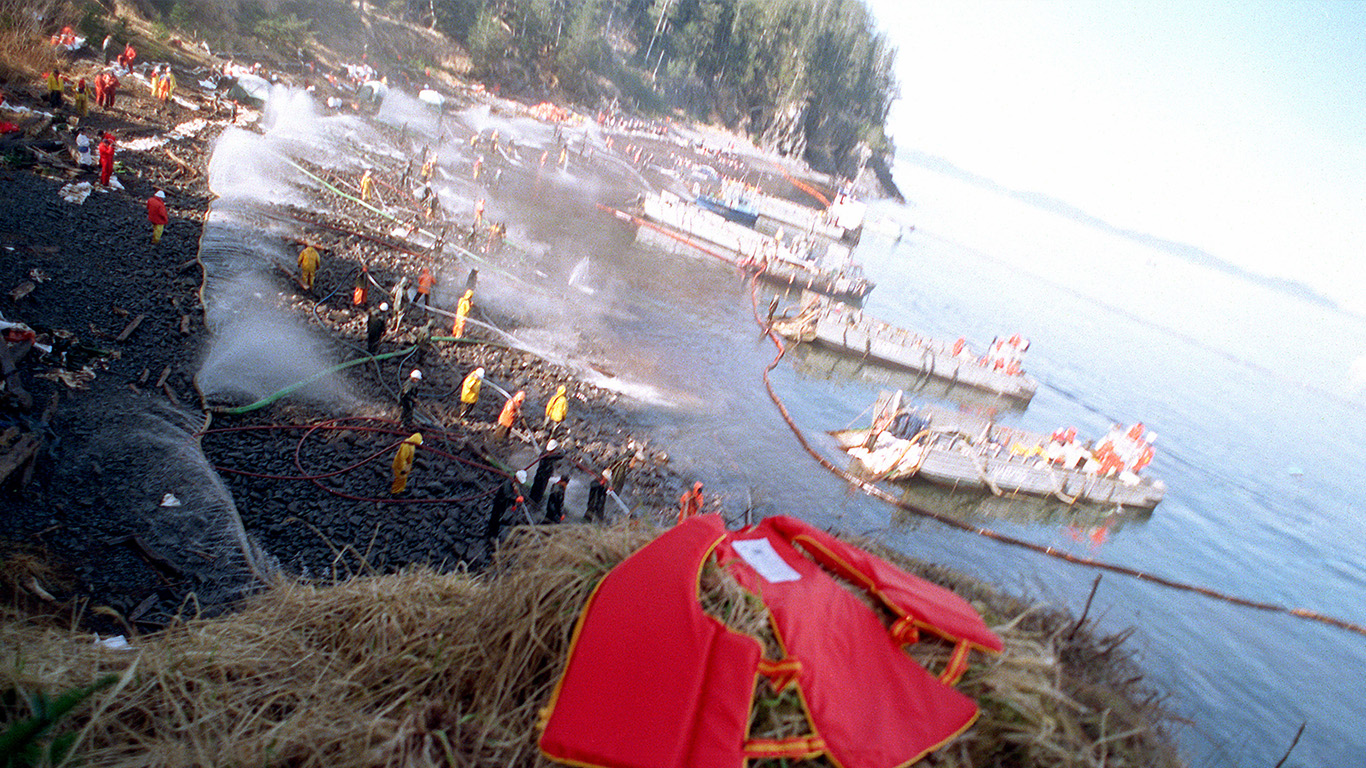 The Exxon Valdez Oil Spill in 1989 was at the time the worst man-made environmental disaster in U.S. history. The oil tanker ran aground in Prince William Sound, disgorging 11 million gallons of oil into the Gulf of Alaska. The oil oozed in water as far as 500 miles from the crash site, spoiled 1,300 miles of shoreline, tarred birds and otters, destroyed salmon and eagle populations, and disrupted the ecosystem for decades. Exxon sank billions of dollars into the cleanup of the Alaskan waters. 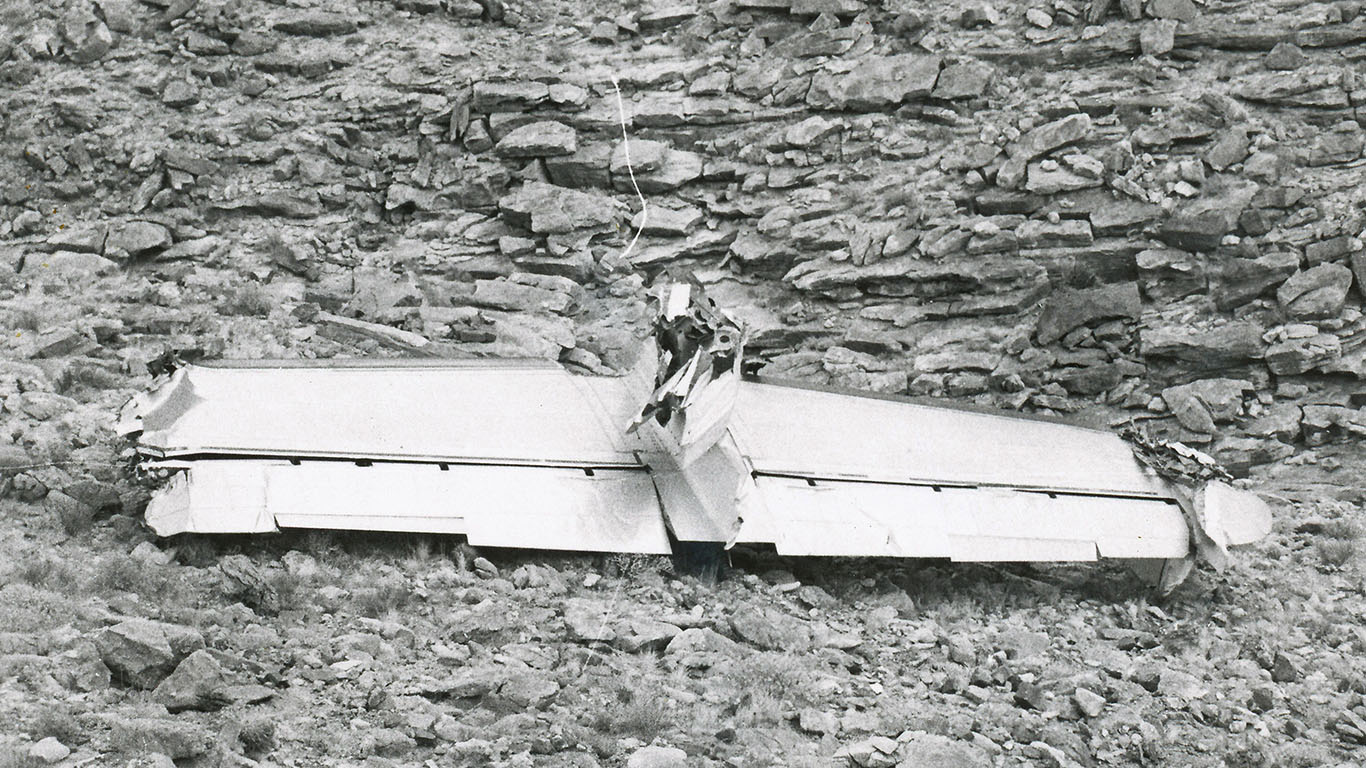 On June 30, 1956, a Trans World Airlines Super Constellation collided with a United Air Lines DC-7 over the Grand Canyon, and both aircraft tumbled into the gorge. There were no survivors among the 128 passengers aboard both planes. The two aircraft were on regularly scheduled passenger service flights. The accident forced the federal government and the nation’s airlines to address the growing use of air travel and the increasingly crowded skies. In the wake of the tragedy, Congress passed the Federal Aviation Act of 1958 that established a single entity to control all American aircraft, military and civilian. 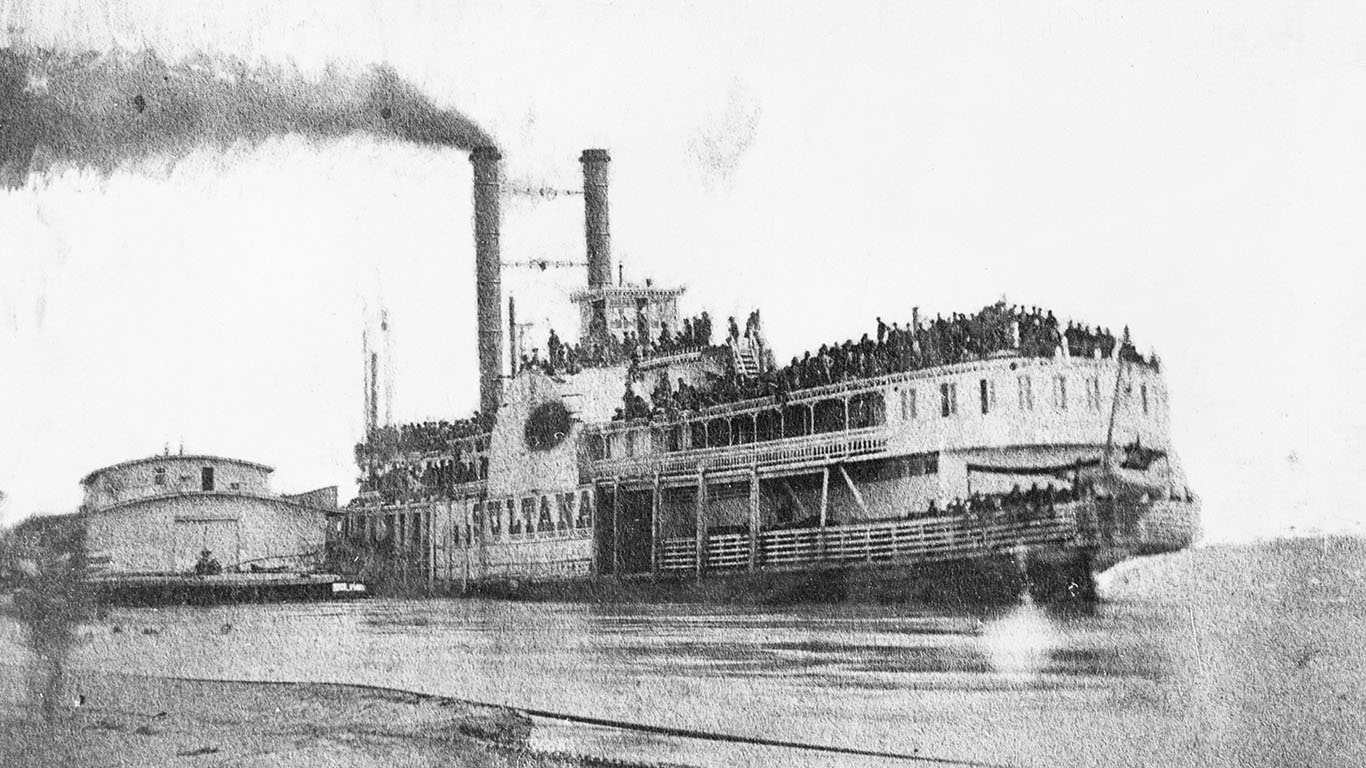 Days after the Civil War ended, on April 27, 1865, 2,300 former Union Army prisoners of war crowded onto the steamship Sultana on the Mississippi River for the trip north and home. Most never made it in what would become the worst maritime disaster in American history. An inadequately repaired boiler on the ship exploded, igniting other boilers. Fire engulfed the vessel, which eventually sank. In the cruelest of ironies, more than 1,700 men who had survived the deprivations of Confederate prisoner-of-war camps died trying to get home. 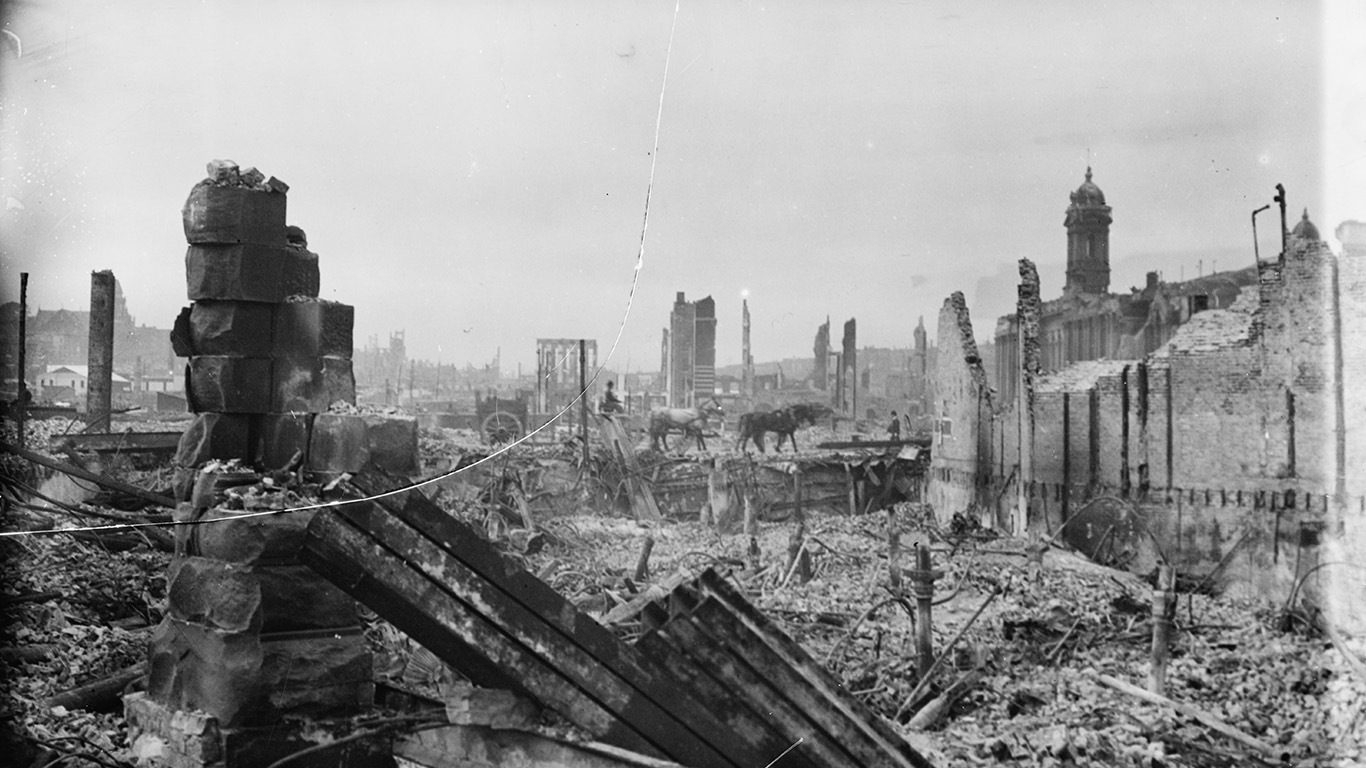 The San Francisco Earthquake struck the coast of northern California on April 18, 1906, leading to fires that consumed much of the city for several days. More than 3,000 people died and about 28,000 buildings were destroyed. San Francisco had grown haphazardly from the boomtown gold rush days of the mid-19th century. After the earthquake, however, San Franciscans constructed more structurally sound buildings. The quake also proved to be an opportunity for Italian immigrant A.P. Giannini, founder of Bank of America. Giannini kept his bank open after the temblor when other banks were closed, providing confidence when the city needed it. He helped bankroll two of California’s emerging industries — wine and motion pictures.