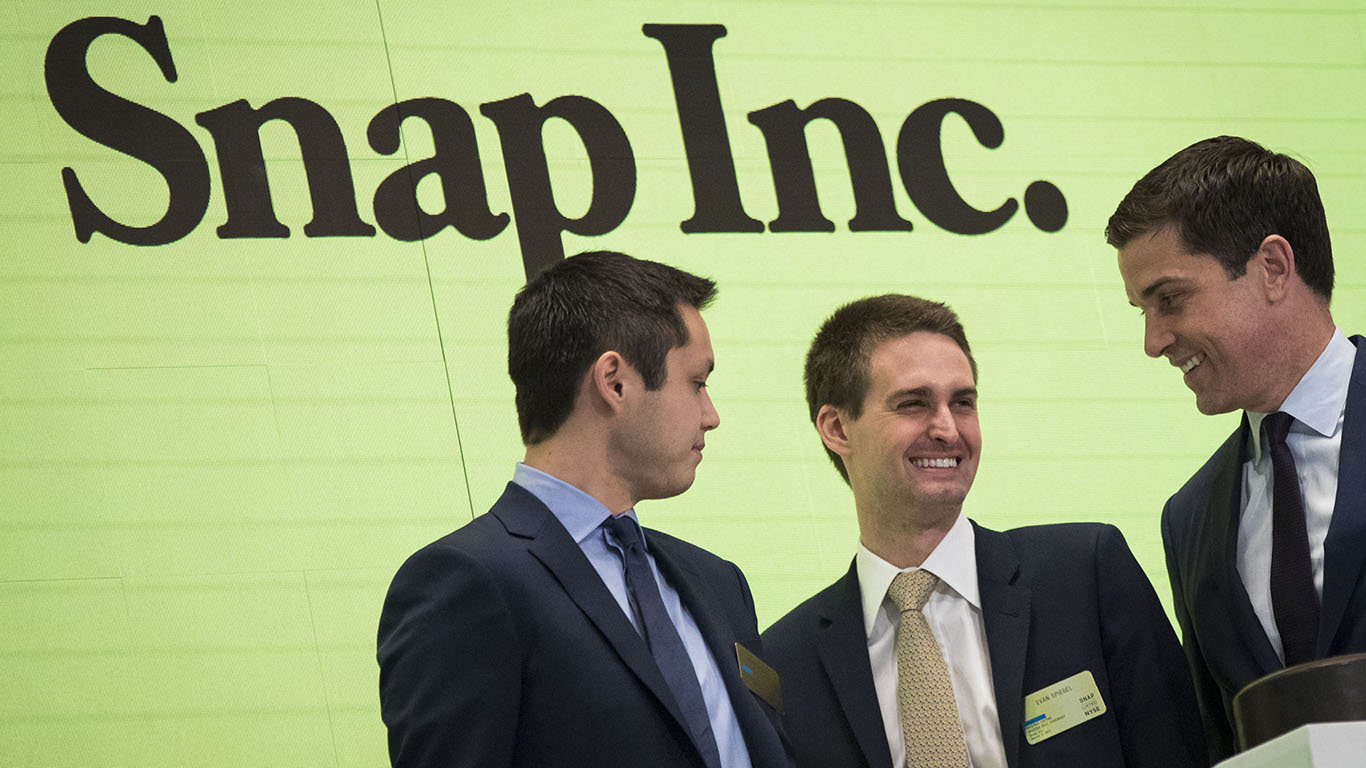 Shortly after Snap’s initial public offering in 2017, its market cap soared to more than $30 billion.

Even ahead of the IPO, Snap tried to call itself a camera company rather than a social media company, a move that raised eyebrows in the investment community. At the first earnings announcement as a public company, CEO Evan Spiegel disappointed Wall Street.

Despite securing media deals for its Snapchat platform, Snap has struggled to find newer or more lucrative avenues in its monetization efforts. The company also seems unable to prevent Facebook from copying its every move.

The recent redesign could have been made long ago, and the main solution to the problem of how to monetize a product that vanishes in a few seconds remains elusive.

The company’s voting structure has so far prevented any attempts to oust Spiegel and will likely make any future attempt difficult. 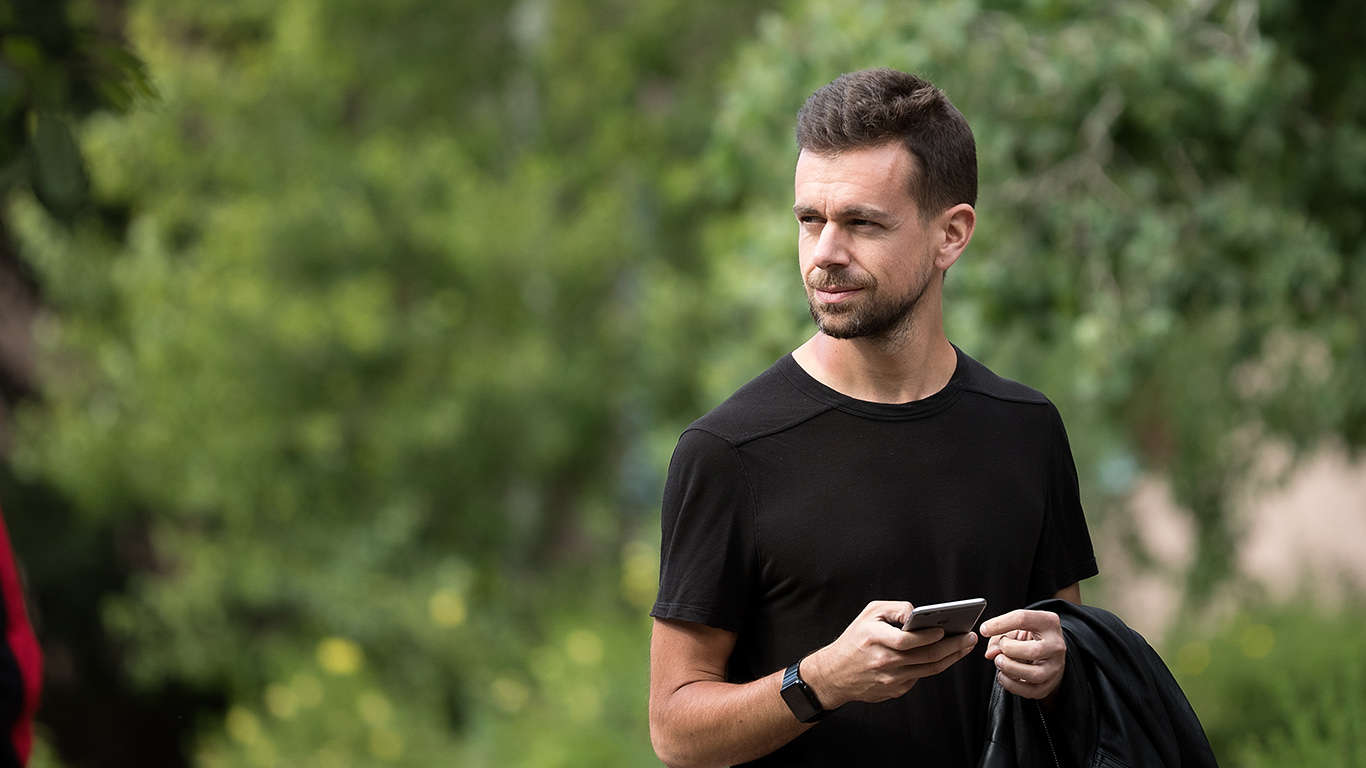 Jack Dorsey returned to Twitter (NYSE: TWTR), the company he co-founded, in October 2015, when it became clear that management could not figure out how to make money from one of the world’s most visible brands. Dorsey’s return has not improved the situation at the company. Twitter shares have staged a substantial recovery to $24.22 but are still down from their post-IPO high of $69.96 four years ago.

In comparison with the share price of large rival Facebook, these results are particularly painful for shareholders.

Twitter has become nearly ubiquitous as a social medium because of the constant presence of President Donald Trump and a slew of celebrities who have tens of millions of Twitter followers. Katy Perry tops the list with about 108 million followers.

However, Twitter’s user growth has all but stalled at 330 million, and its revenue has begun to decline. That’s not supposed to happen at a growth company. Some analysts believe Dorsey is too busy running Square, another public company, when he needs to devote his time to the deeply troubled Twitter. 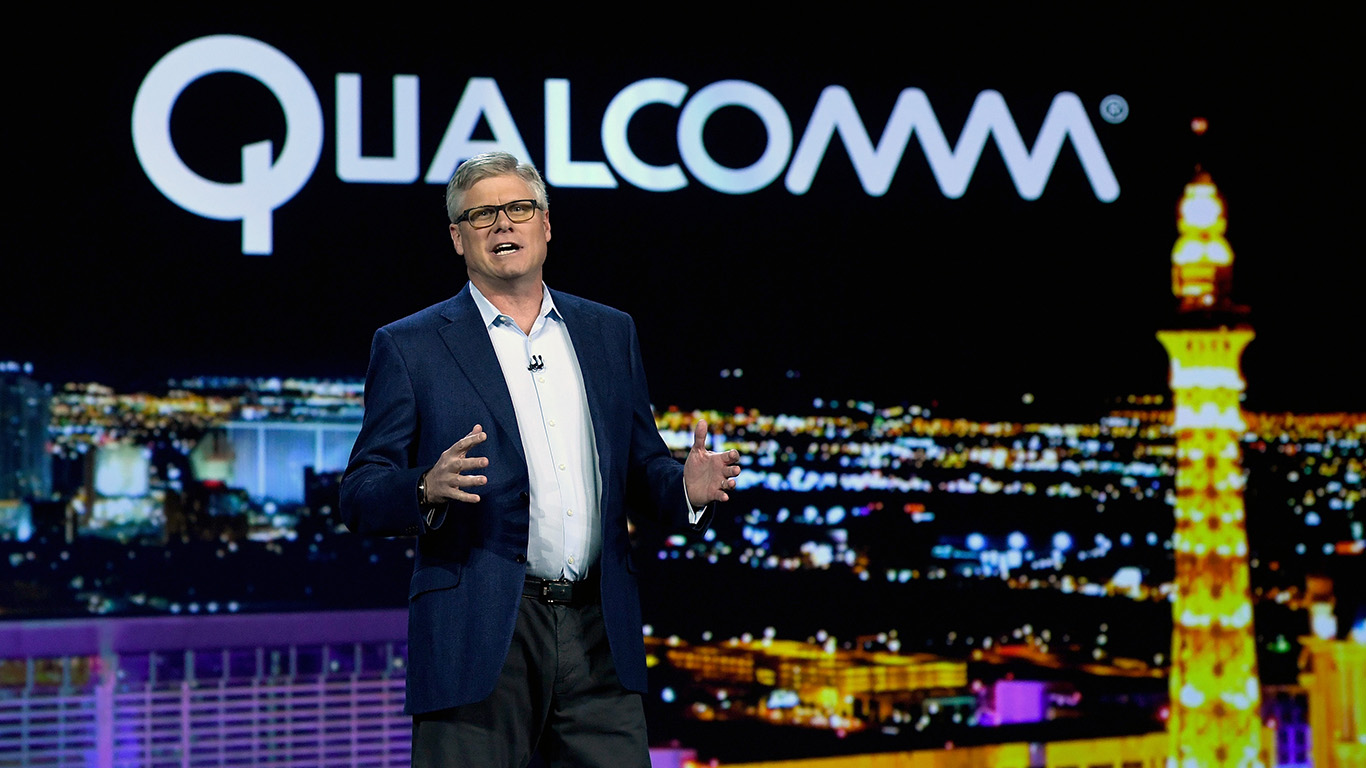 Qualcomm (NASDAQ: QCOM) had been one of the greatest growth stories of the modern era, dominating the smartphone and mobile internet products landscape. Much of the company’s expansion occurred under the leadership of the Jacobs family.

Before taking over as chief executive in 2014, Steve Mollenkopf was Qualcomm’s chief operating officer and president from 2011 to 2014. Before that, he had led much of the company’s development for years.

The company has been mired in litigation over royalty and antitrust issues, including with Apple, which Qualcomm could lose as a customer. Many industry observers claim settling these issues would have benefited Qualcomm, but so far management has chosen to contest them.

Investors also are concerned about the company’s future growth and its ability to diversify beyond chips for mobile. To that end, Qualcomm was going to acquire NXP Semiconductors NV to gain access to the automotive market and self-driving cars. So far, however, it seems like Qualcomm has fumbled the deal.

Recently, the stock jumped to around $64 after trading in the $50s for much of 2017 on deal talks with Broadcom Ltd., but that has turned into a hostile takeover battle, further complicating any other deals Qualcomm wants to make. 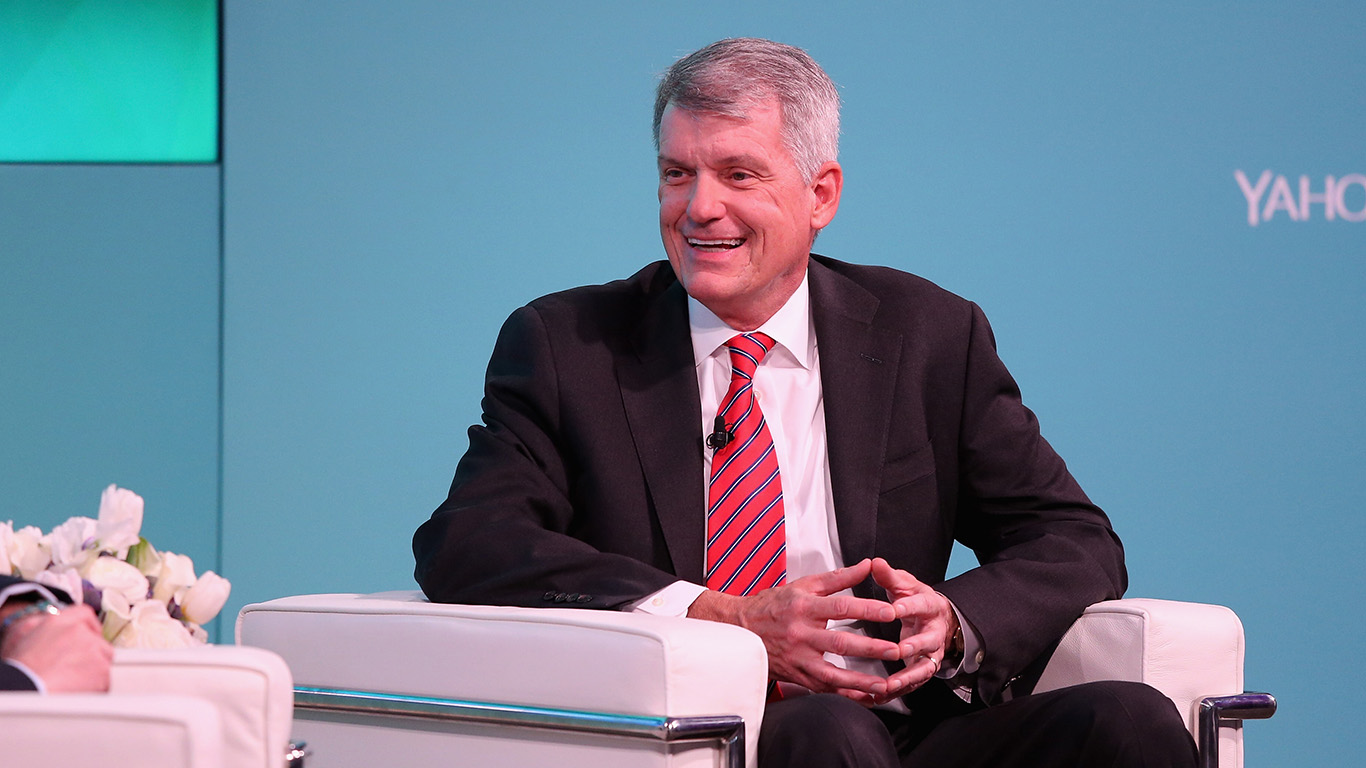 When the board at Wells Fargo (NYSE: WFC) dumped former CEO John Stumpf because bank employees had opened some 1.5 million checking and 500,000 credit card accounts without customers’ consent, the bank installed its No. 2 executive, Tim Sloan, in his place. The decision was made even though the problems had happened on Sloan’s watch as well.

Since Sloan took over as CEO, matters have gotten worse. Among the most notable problems involving Wells Fargo was a racketeering lawsuit, settled for $50 million late last year, that alleged the bank had overcharged homeowners hundreds of thousands of dollars after they defaulted on their mortgages. Then regulators fined Wells Fargo and other businesses a total of $14.4 million for record-keeping problems that may have allowed company and customer documents to be altered.

The San Francisco, California-based bank has had to face other issues, too. There were accusations that it conducted business practices that hurt mortgage and car loan clients. And Wells Fargo was also charged with overcharging foreign exchange customers. Sloan’s short tenure has been horrible for customers. 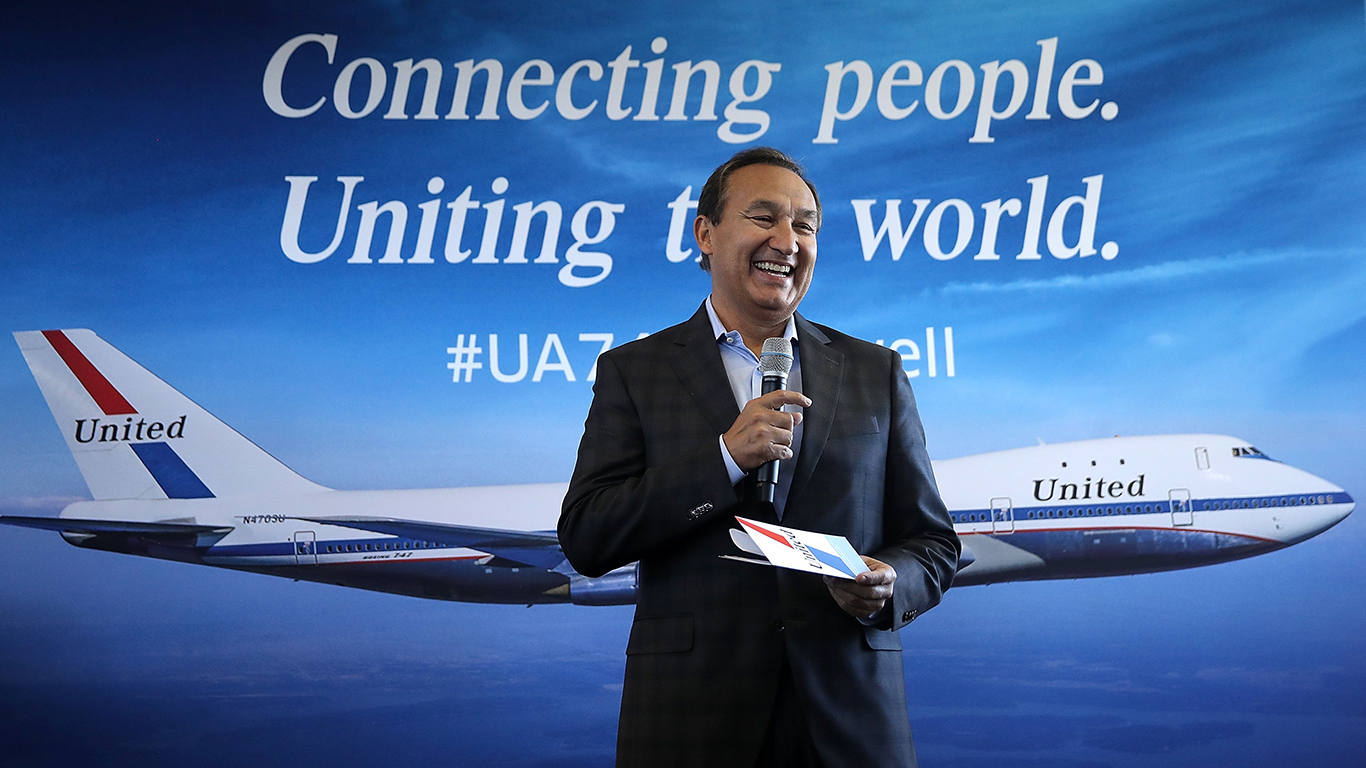 Oscar Munoz has had to respond to several embarrassing incidents at United (NYSE: UAL) since he became CEO two years ago — and he did not always handle them well. The worst incident was when a passenger was beaten by security personnel as he was taken off a plane in April. The reaction by Munoz, which was to ignore the issue and then blame the customer, was widely condemned.

Such events do not make or break a CEO. But United’s board might have doubts about Munoz’s leadership. In April, the board amended a plan to make Munoz chairman. That action occurred shortly after the incident regarding the passenger.

Also, recent financial results and forecasts have disappointed Wall Street, and analysts have downgraded the stock. As Morningstar opined recently, “Management credibility looks increasingly shaky.” United is developing a reputation as an airline not run as well as its primary competitors.