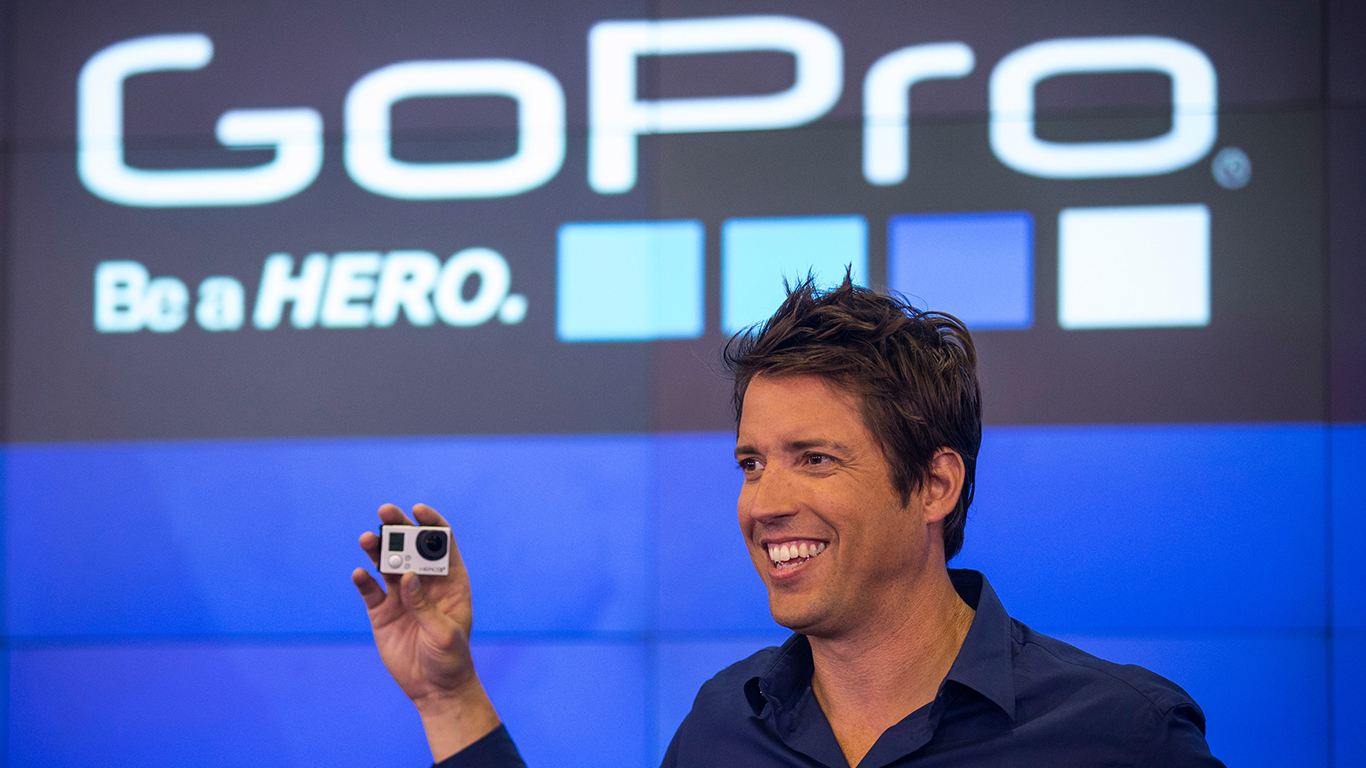 GoPro (NASDAQ: GPRO) was initially a significant growth company that sold its helmet-mounted action cameras for extreme sporting enthusiasts. Founder and CEO Nick Woodman scraped together cash from family and from selling shell jewelry and belts out of a Volkswagen van to launch GoPro.

The rise of the company was quite impressive. Unfortunately, even considering the newer drone sales, GoPro more or less still feels like a one-hit wonder. Its stock vaulted higher after the IPO, moving to $93.70 in September 2014. Since sales tanked in 2016, however, GoPro shares have languished at less than $10. The stock’s faltering performance alone would spell out a call for outside help to run the company.

According to a CNBC story on Woodman in early 2017, GoPro ran into production problems, and new launches have failed to engage the public. The company missed out on capitalizing on the rise and dominance of smartphones.

In addition to running GoPro, Woodman has undertaken philanthropy and was a guest-host on “Shark Tank,” the entrepreneur reality funding show. There may be too much going on in Woodman’s life and he needs to focus more on GoPro. 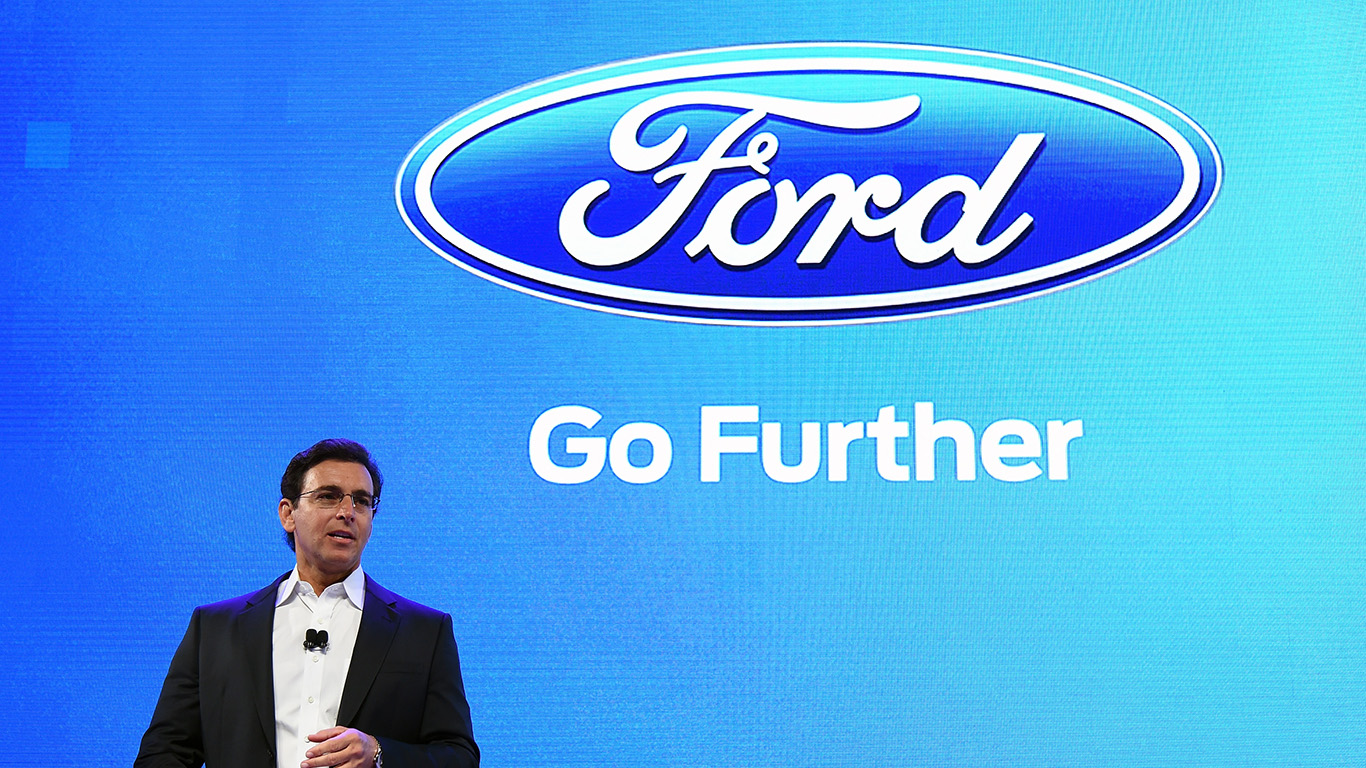 Mark Fields was forced out of Ford (NYSE: F) in May. The Ford family has a great deal of control over the board, which includes Executive Chairman William Clay Ford, Jr. The automaker has had eight CEOs since Ford joined the board.

The board fired Fields over performance issues and because Ford’s share price fell 35% during his nearly three-year tenure.

Investors — and the Ford family — have been concerned about the company’s strategic moves. Even as most car manufacturers moved into the electronic vehicle and autonomous car sectors, Fields did not push aggressively enough for the company to join in these new, potentially high-growth areas. Ultimately, this meant Ford continued to rely on its industry sales leader, the F-150 pick-up.

Ford’s product mix was too heavy on sedans and coupes and too light on crossovers and SUVs. The company also lacked major success in China. These issues hampered Fields during his tenure.

The Fords wanted Fields out, and had good reason. 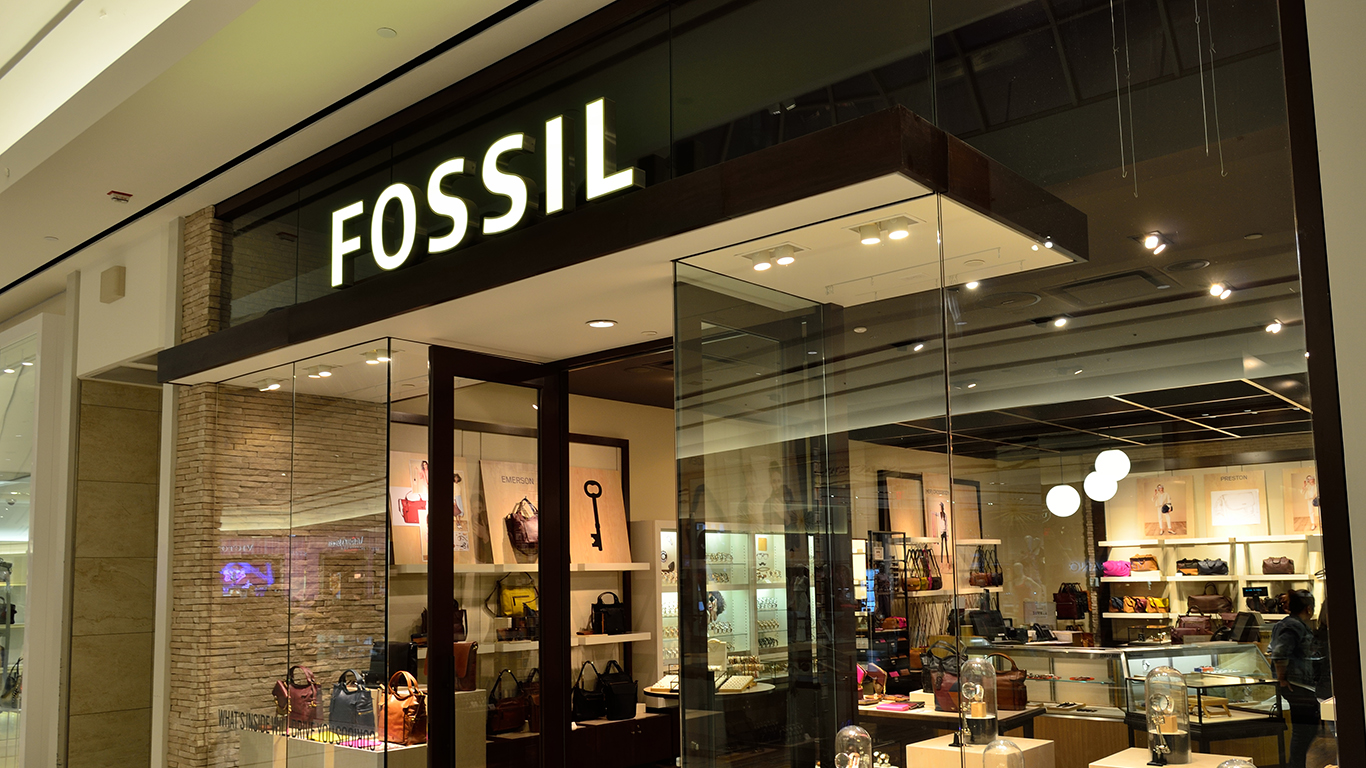 Fossil (NASDAQ: FOSL) has been a disaster for shareholders. The company’s shares traded at more than $127 in November 2013, but plunged to around $7 in early November 2017.

This is a hard time to be in the business of branding and selling fashion watches and jewelry, handbags, small leather goods, belts, and sunglasses.

Fossil has its own retail stores and also sells through department stores and other retailers. Even though it has developed an e-commerce presence, that has not been enough to stop the onslaught from competitors. The reality is that a business built on watches is going to have a tough time in a world of smartphones, smartwatches, and fitness trackers. CEO Kosta Kartsotis has presided over Fossil since 2000, after taking over from his brother who founded the company. He has reportedly not taken any salary or received any stock awards since 2004.

After pledging shares as collateral for a bank loan earlier in 2017, Kartsotis sold those recently and now holds less than 8% of the company. 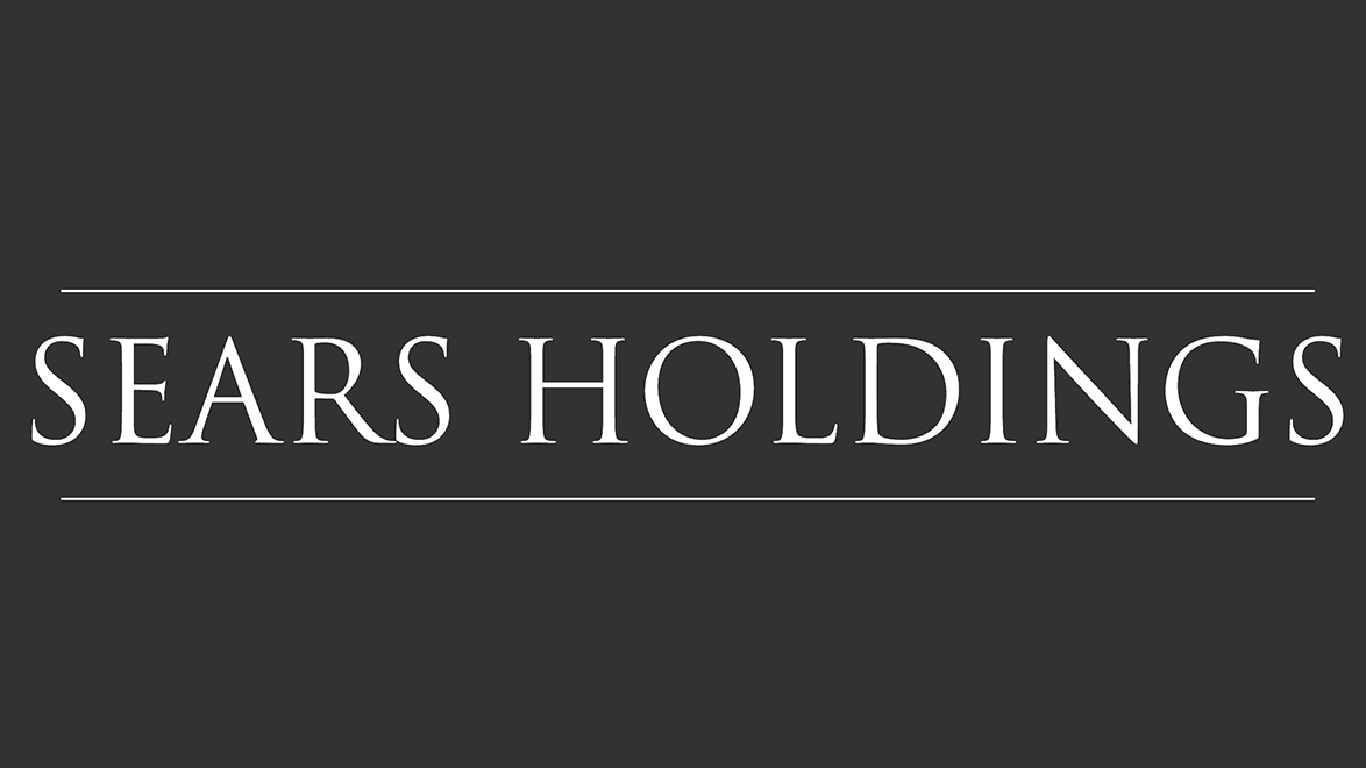 The length of Eddie Lampert’s tenure as CEO is a little misleading. He has been the largest shareholder of Sears Holdings Corp. (NASDAQ: SHLD), the parent of Sears and Kmart, since the company was created in March 2005.

Sears Holdings has been among the most poorly run of many poorly run bricks-and-mortar retailers. Its same-store sales have plunged as its stores have aged, and the company has not effectively positioned itself in the e-commerce business.

Lampert has staved off disaster by closing stores and laying off workers. He has complained that his critics have been misguided. However, his only contribution to the company is to keep it afloat through loans from businesses related to his hedge fund ESL Investments. 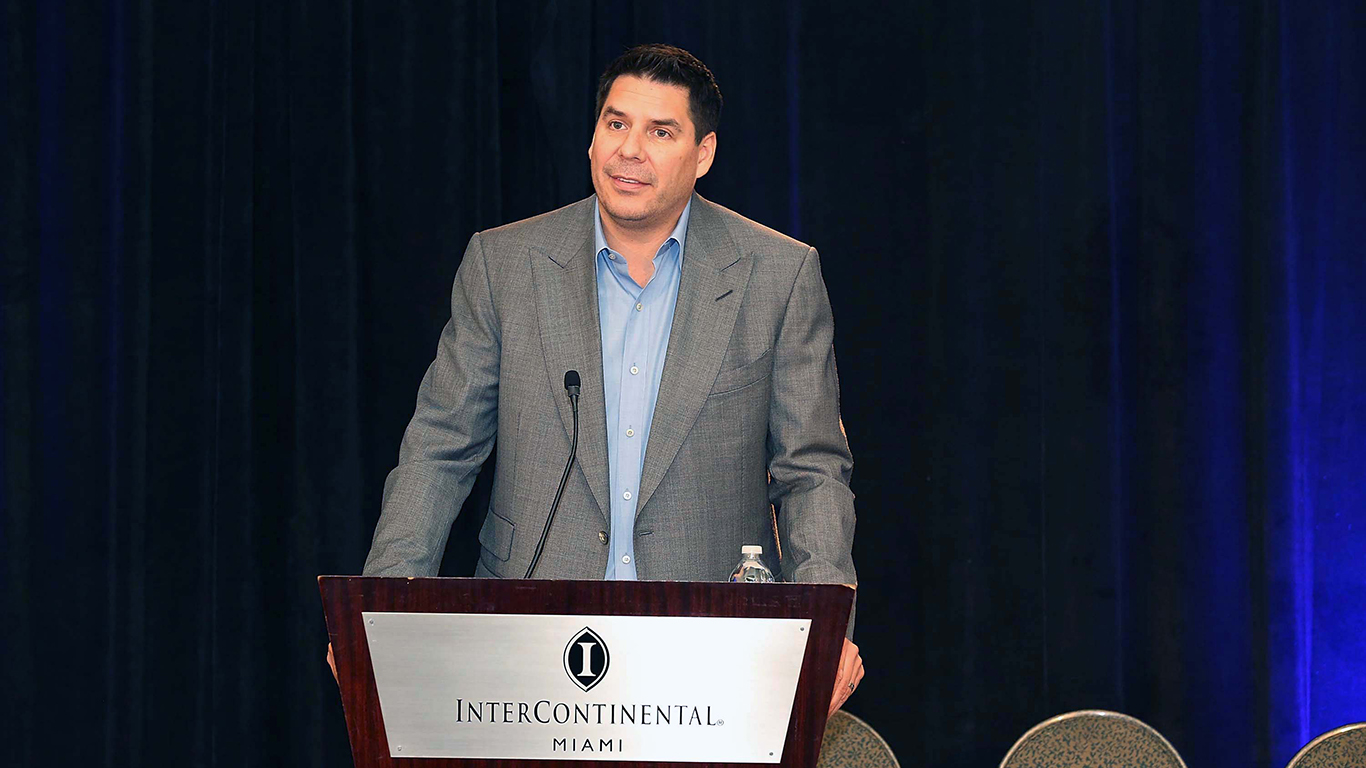 Sprint (NYSE:S) is the result of the combination of Sprint, Nextel, Clearwire, and Virgin Mobile, and it has been an absolute disaster for shareholders. Since December 2013, the shares have slid 46% from $10.75 to $5.84 in late December.

Marcelo Claure has been CEO of Sprint since 2014. The company provides service to 54 million customers in nearly 200 countries. In 2013, the Japanese telecommunications company SoftBank Group Inc. made a multi-billion dollar investment in Sprint, acquiring a 70% stake. Ever since that deal, some industry observers have regarded the Sprint shares as more or less a tracking stock under Softbank.

Publicly, things have not been going well for Sprint. Claure is feuding with T-Mobile US’s John Legere, and Sprint’s acquisition by T-Mobile US recently fell apart because SoftBank CEO Masayoshi Son was not prepared to relinquish control of Sprint.

Sprint’s debt load and leverage may prevent it from being able to diversify out of mobile communications.

Sprint, the smallest of the four U.S. nationwide carriers, appears to be too challenged for anyone who has outside interests and demands.

Sprint failed to execute a merger under Claure and the company’s shares have lost much of their value in a raging bull market.