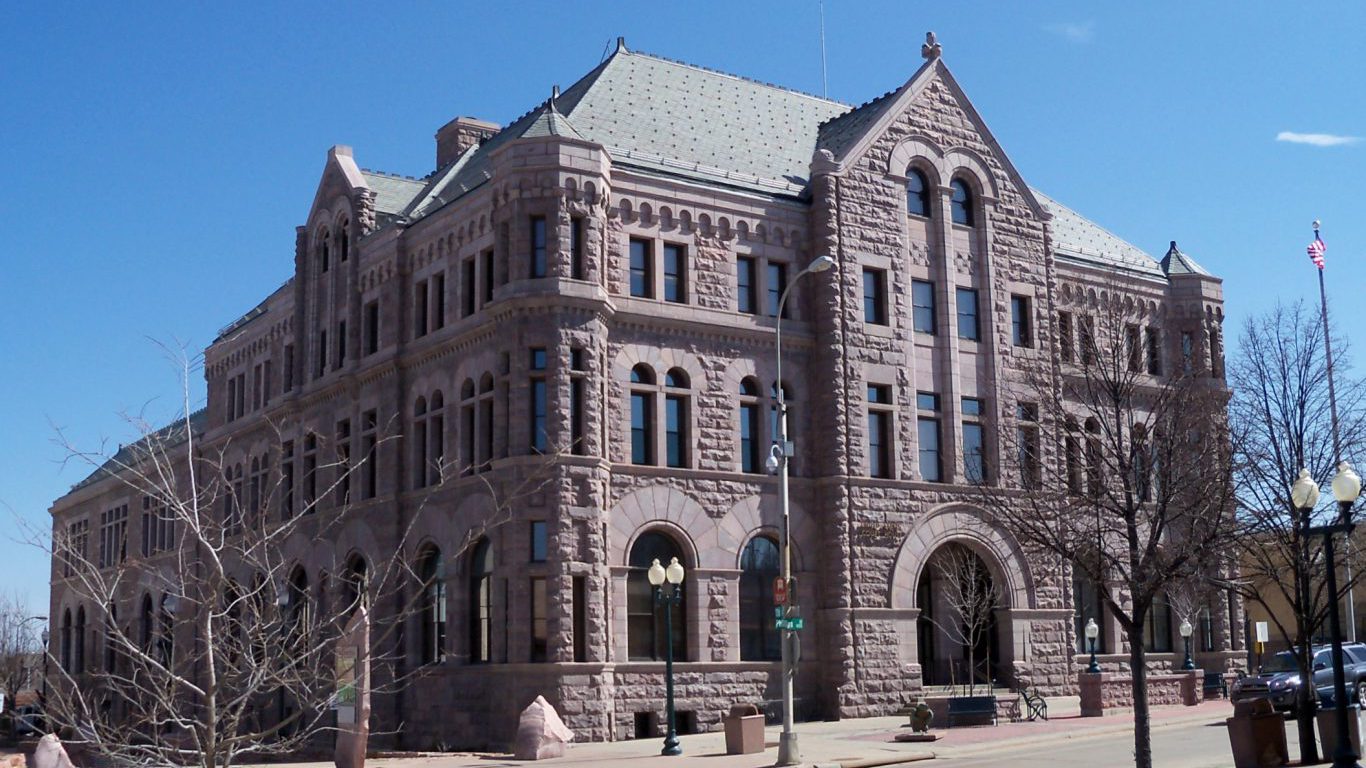 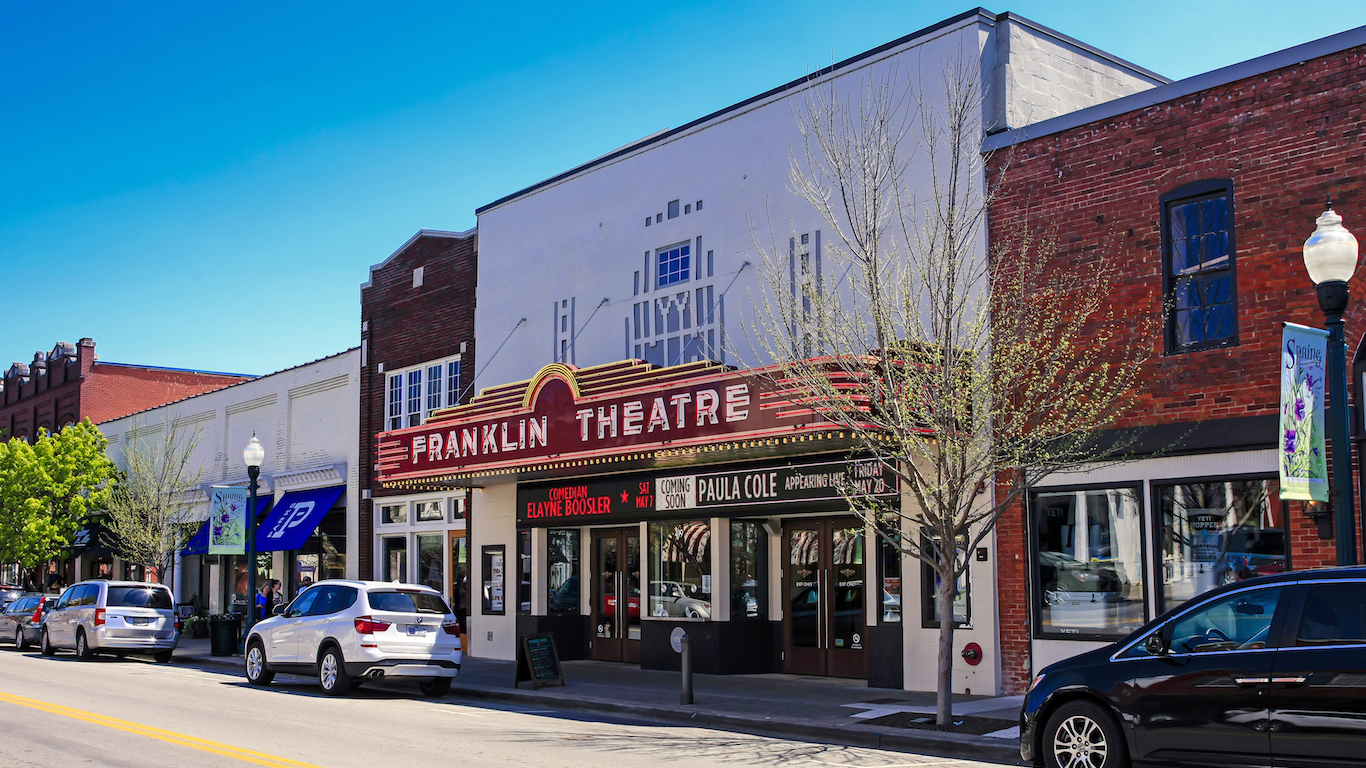 A weak economy can undercut any number of advantages an American city might have. Conversely, a strong economy can create a virtuous cycle in a community. In Franklin, Tennessee, a city with only a 3.3% unemployment rate and an 8.4% uptick in total employment between 2014 and 2016 — more than double comparable U.S. employment growth rate — the economy is a boon.

A highly skilled workforce can be more resilient to economic slumps, and in Franklin, 58.5% of adults have at least a bachelor’s degree compared to only 31.3% of American adults. Better-educated populations also tend to be higher earning, and Franklin’s labor force is no exception. The typical area household earns $91,657 a year, or $43,000 more than the typical Tennessee household. 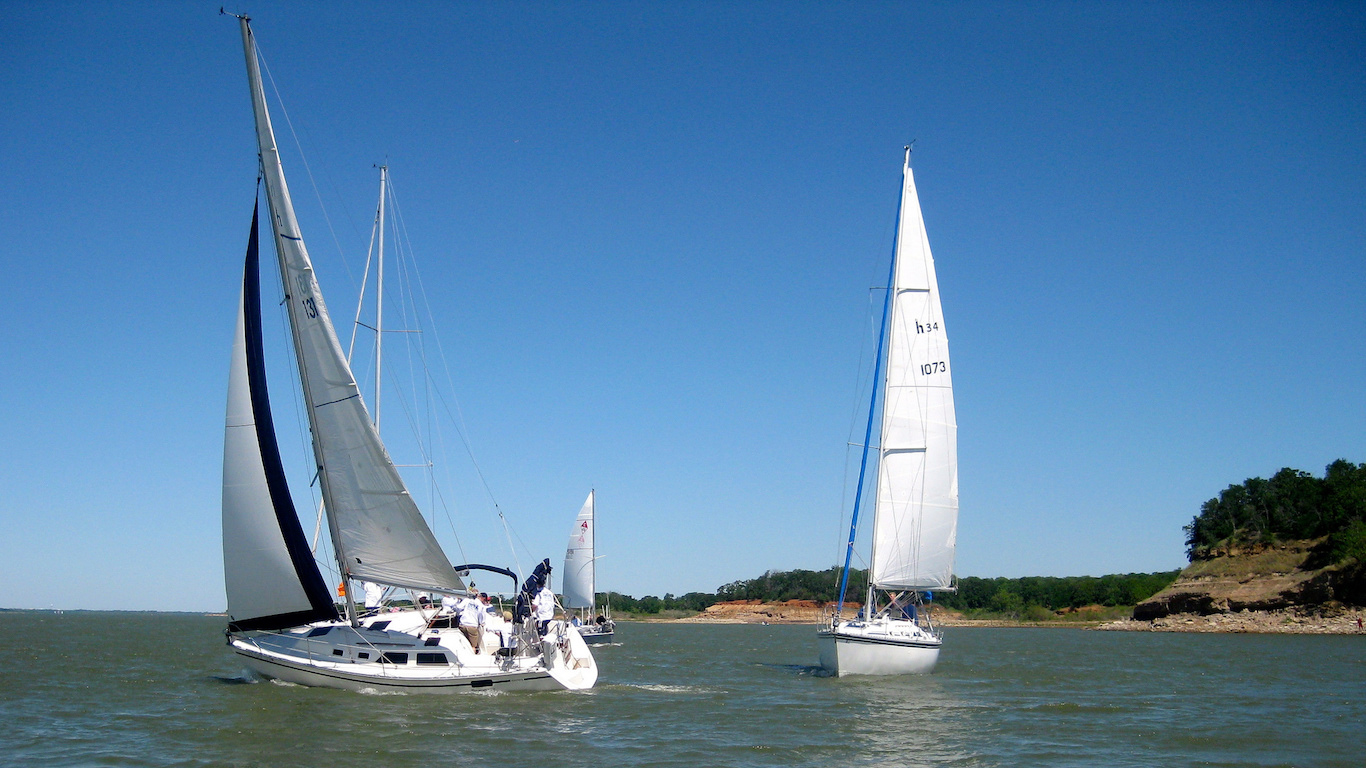 South Jordan is also one of the fastest growing cities in the country. The working population increased by 10.5% between 2014 and 2016, the eighth most of any U.S. city. One factor fueling the city’s rapid growth is the continued construction of the planned community known as Daybreak, which could nearly double South Jordan’s housing stock once completed. 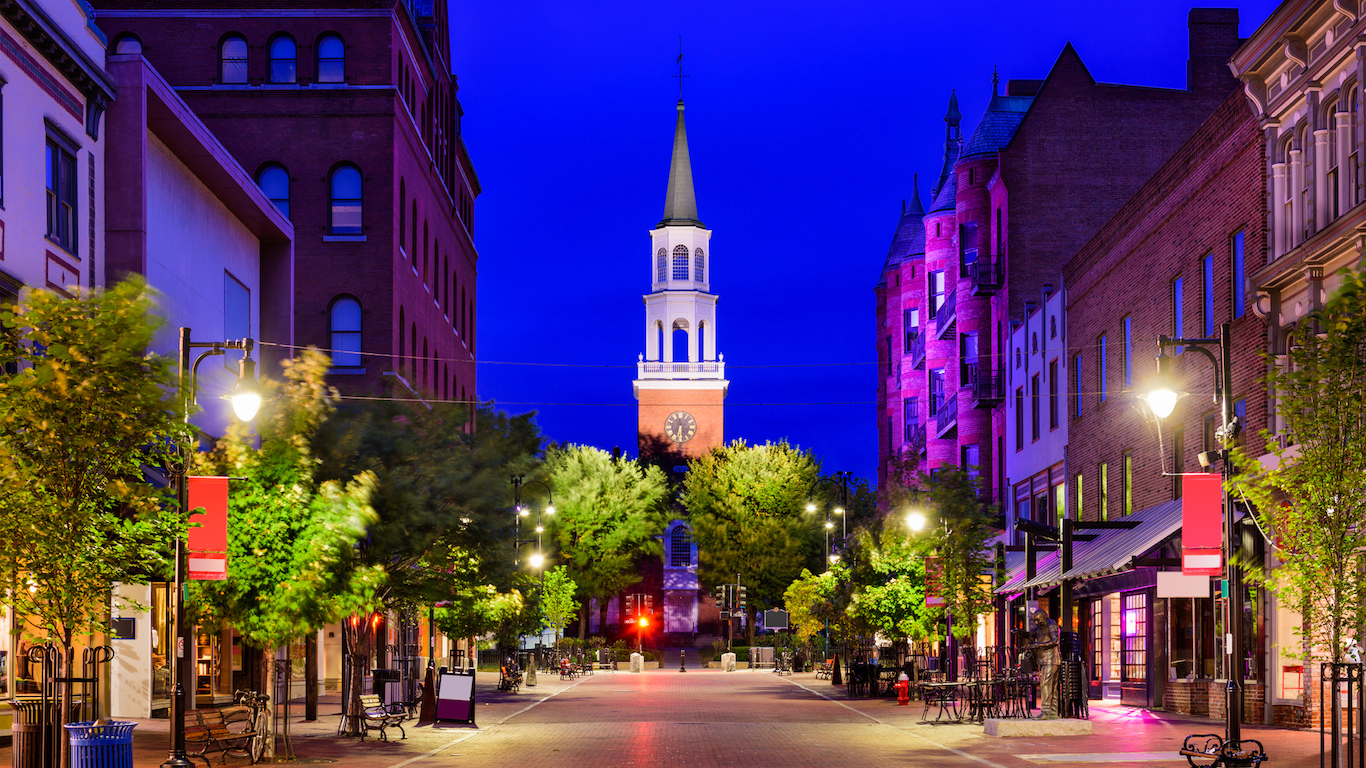 Burlington is the only city in Vermont considered for this list, but it still has compares favorably to much of the country in a number of social and economic measures. For instance, more than half of its adults have at least a bachelor’s degree, which helps insure higher incomes and can often lead to a greater sense of well-being. The high educational attainment has likely contributed to the city’s low unemployment rate of 2.6%, which is lower than Vermont’s 3.3% rate.

Burlington is one of the top cities in the United States for leisure. It is located in Chittenden County, which has the third most ski resorts per capita, the fourth most golf courses per capita, and the 10th most restaurants per capita.