Crime can have an impact not just on the immediate victims, but also on entire neighborhoods by deterring business and contributing to greater stress levels among residents. New Mexico has one of the highest violent crime rates of U.S. states, with 703 incidents per 100,000 residents. Compared to the state, Rio Rancho is relatively safe. It has just 224 violent crimes per 100,000 people, the lowest rate in the state.

New Mexico also has a very high poverty rate at 19.8%. Rio Rancho’s poverty rate of 13.6% is well below the state rate and slightly below U.S. rate of 14.0%. The city’s median household income of $60,979 per year is also much higher than any other city in New Mexico. The city with the next highest median income is Santa Fe, where the typical household has an income of $51,347 a year. The median annual household income statewide is $46,748. 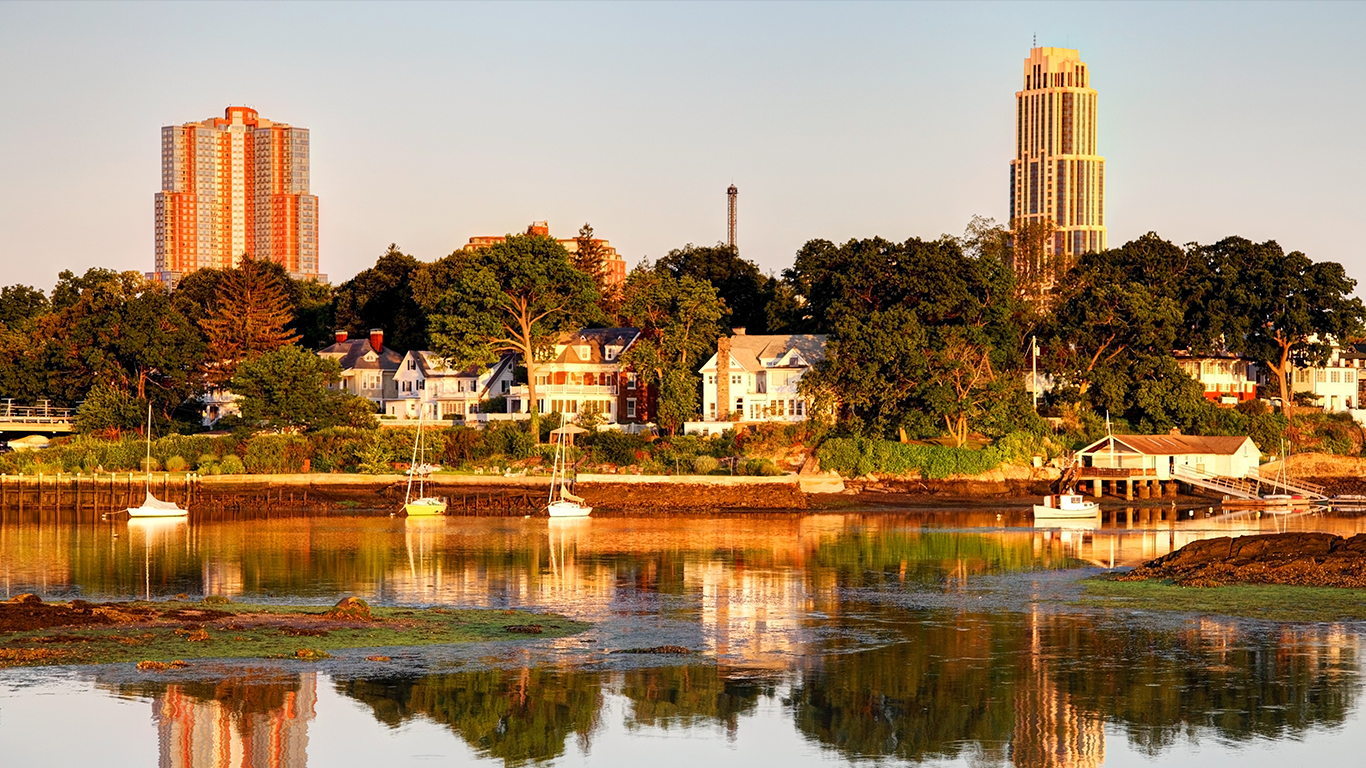 In addition to providing access to the economic opportunities of a major metropolitan area, New Rochelle offers the quality of life of a wealthy suburb. The area has about one park and five golf courses per 100,000 residents, among the most of any city nationwide.

ALSO READ: 25 Athletes Who Came Out of Nowhere This Year 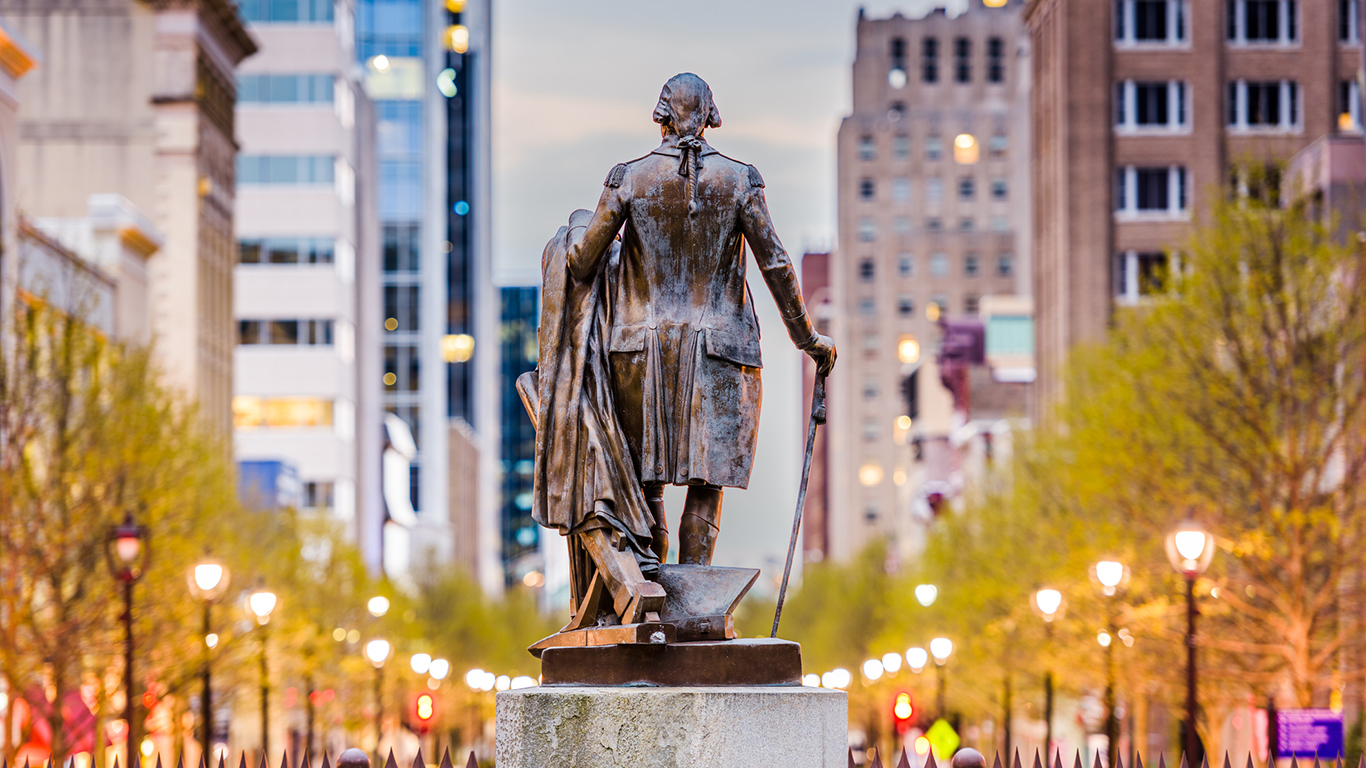 Raleigh is one of many fast-growing cities in North Carolina. Over the past 10 years, the population of Raleigh increased by 29.6%, the most of any city in the state other than neighboring Cary and far more than the 7.1% national population growth rate.

Raleigh is located in the southeastern corner of the Research Triangle, a prospering area with three leading research universities and many high-tech companies. North Carolina has one of the largest brain gains — more college graduates are staying in the state than leaving — in the country. This has contributed to higher educational attainment in cities across the state. In Raleigh, 50.8% of adults have at least a bachelor’s degree, far more than the 31.3% national share. 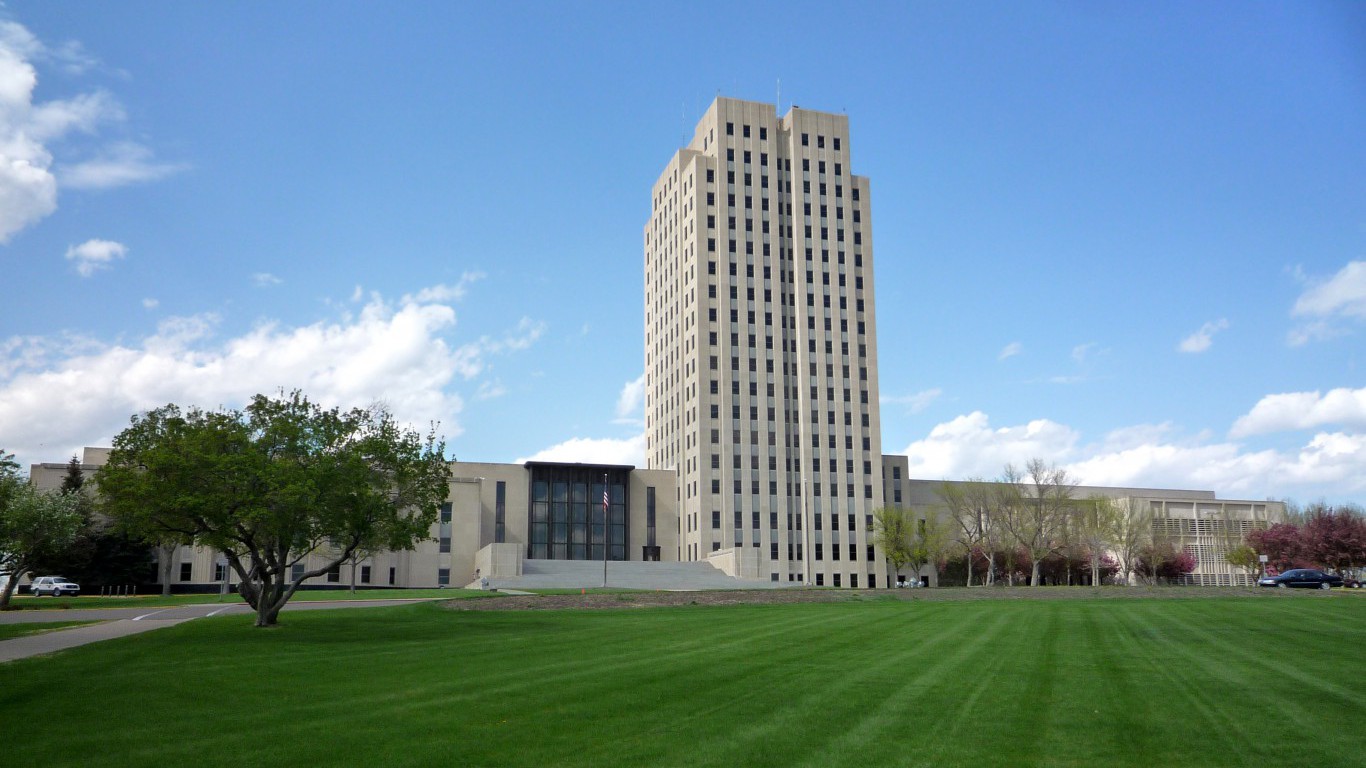 North Dakota has some of the lowest poverty and unemployment rates in the nation. Just 3.2% of North Dakota’s labor force are unemployed and 10.7% live in poverty, compared to the national figures of 4.9% and 14.0%, respectively. Still, Bismarck’s population is even more likely to earn a steady income and earn above-poverty wages. Just 2.5% of Bismarck labor force are unemployed and only 7.7% live below the poverty line. 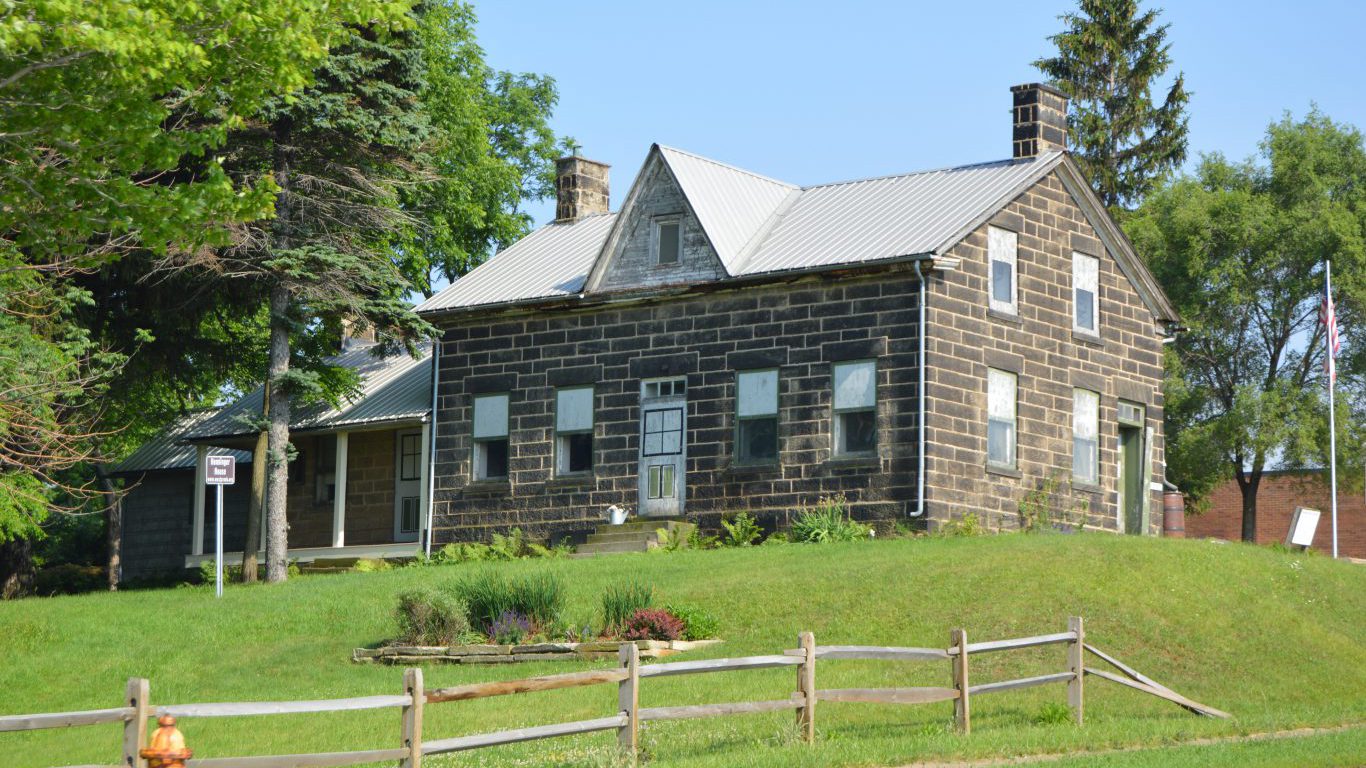 In many of the best known cities in Ohio like Columbus, Cleveland, and Cincinnati socioeconomic measures are below national averages. However, the city of Parma stands out as far and away the best city to live in Ohio. Parma’s poverty rate of 8.6% is far below all other qualifying cities in Ohio. The city with the next lowest poverty rate is Columbus at 21.0%.