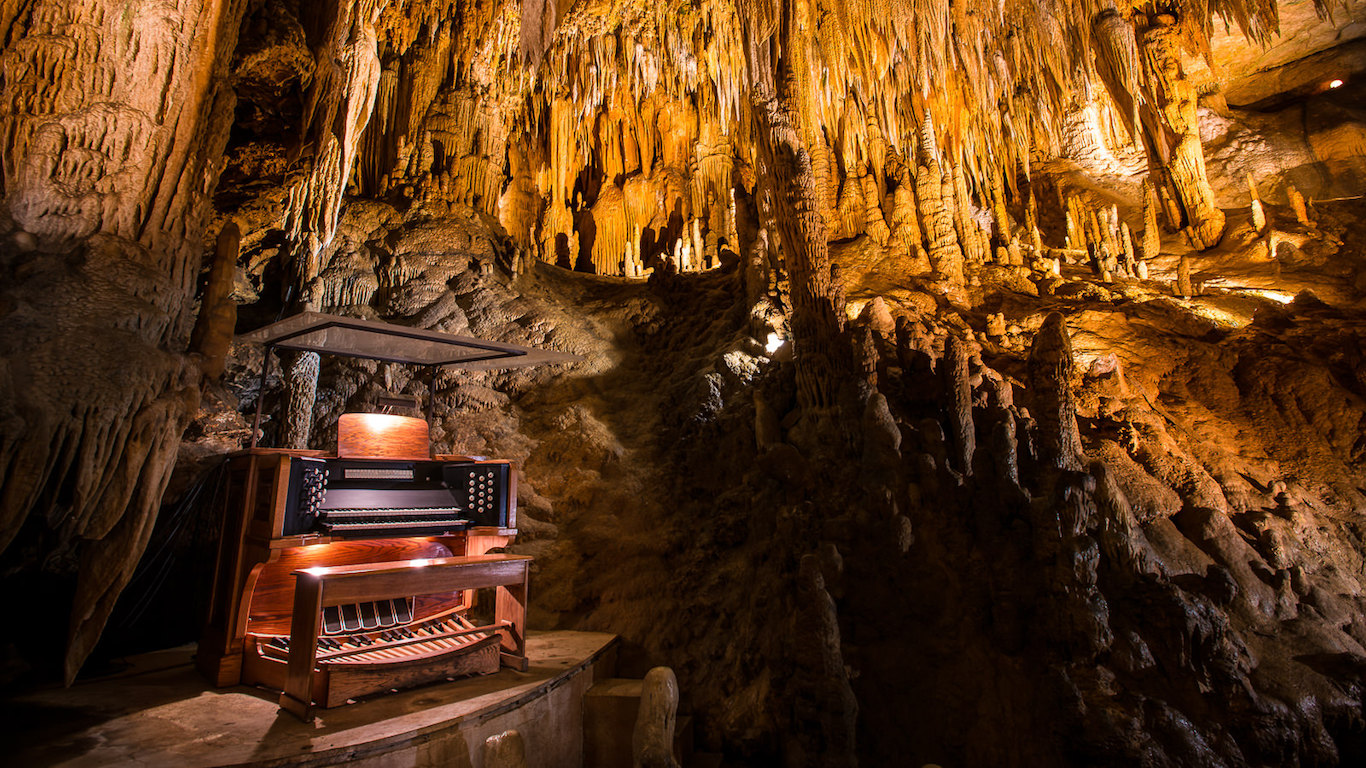 The Great Stalacpipe Organ is located inside the Luray Caverns near Shenandoah National Park. Instead of using pipes, the organ is wired to soft rubber mallets poised to gently strike stalactites of varying lengths and thicknesses. Leland W. Sprinkle created the organ by finding and shaving appropriate stalactites to produce specific notes; it can be heard anywhere within the cavern. 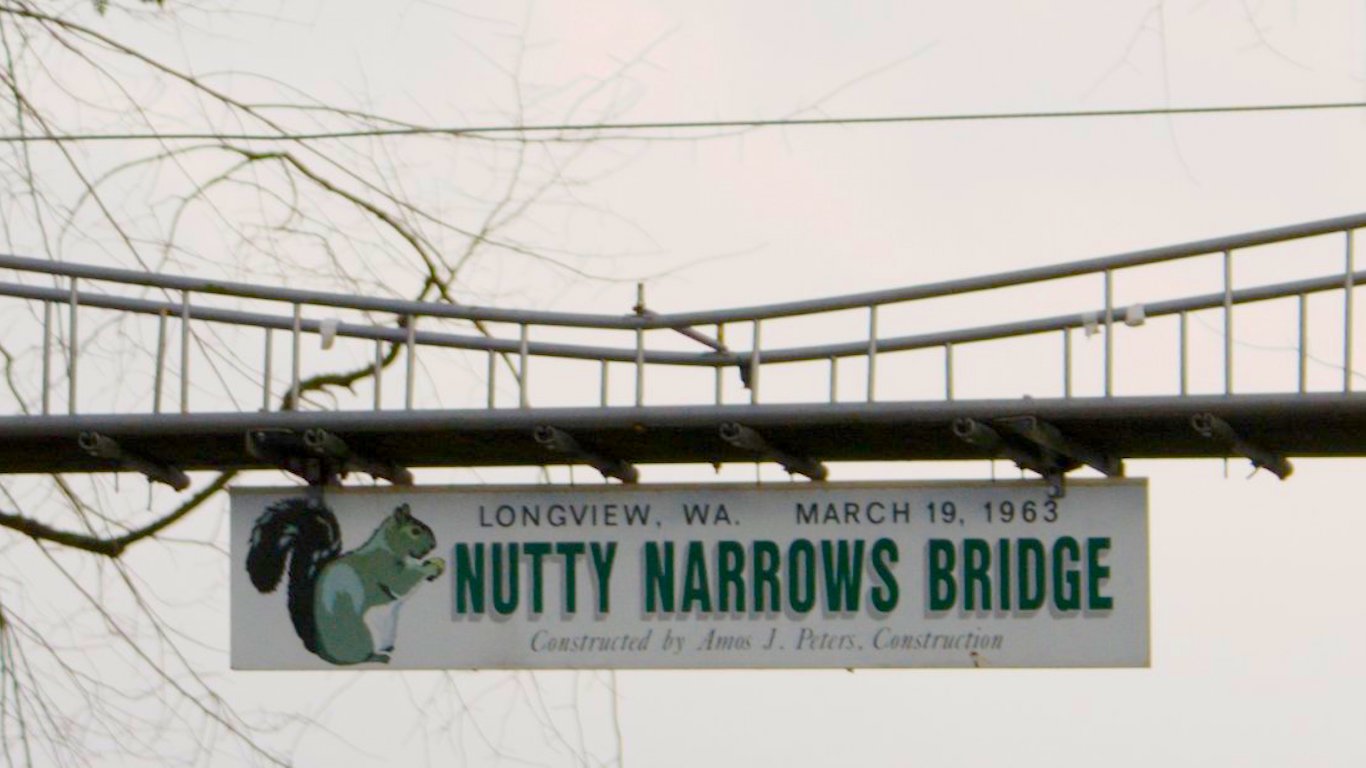 Everyone’s seen dead animals along the side of the road. After seeing a deceased squirrel with an acorn still in its mouth, Amos Peters also decided to do something about it. The result was a bridge to give squirrels a way to cross busy Olympia Way without getting flattened by passing cars. Today, there are five such bridges throughout the city. 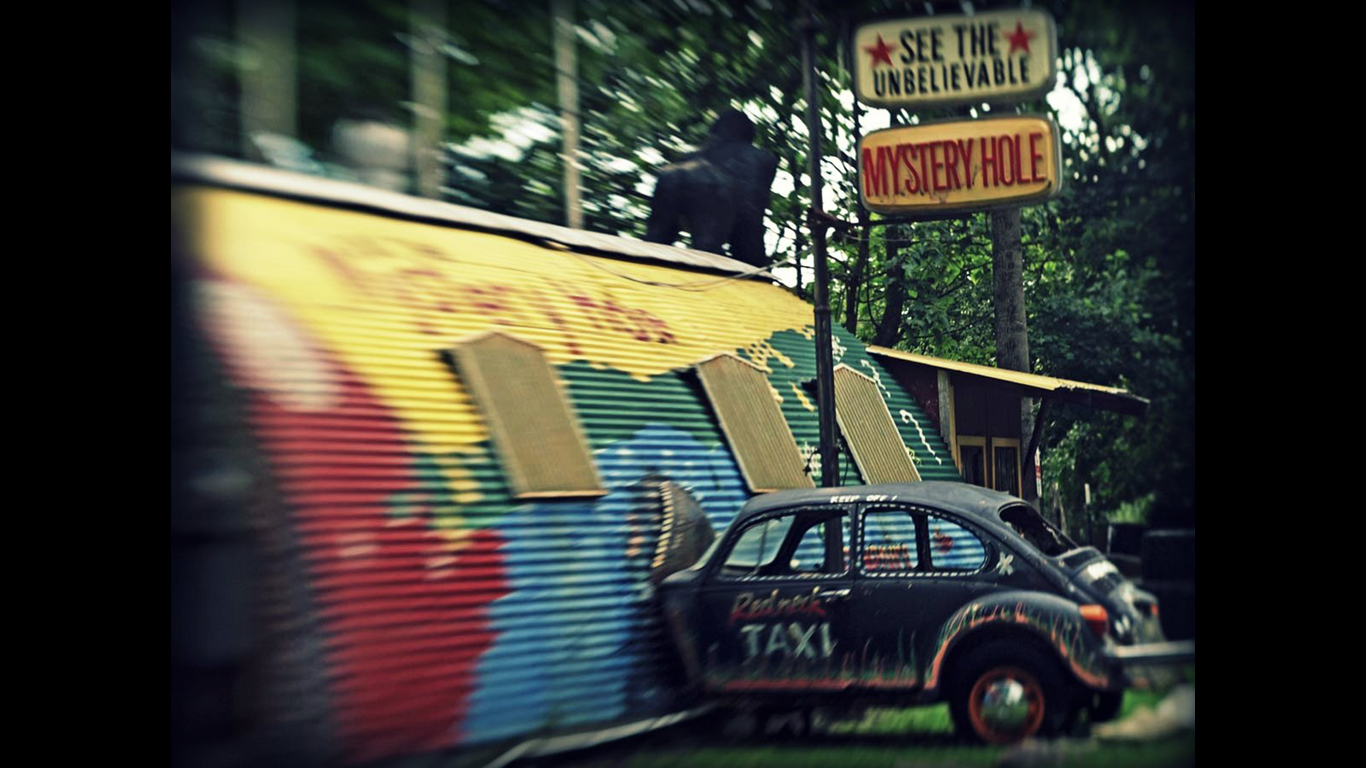 The Mystery Hole bills itself as a gravity-defying wonder. It includes attractions such as balls that roll up hill and a Volkswagen Beetle, chopped in half, seemingly crashed into the side of the building. Original owner Donald Wilson “discovered” the hole’s mysterious powers in the 1970s and set up a kitschy tourist attraction that fell on hard times in the 1990s, but new owners are restoring it. 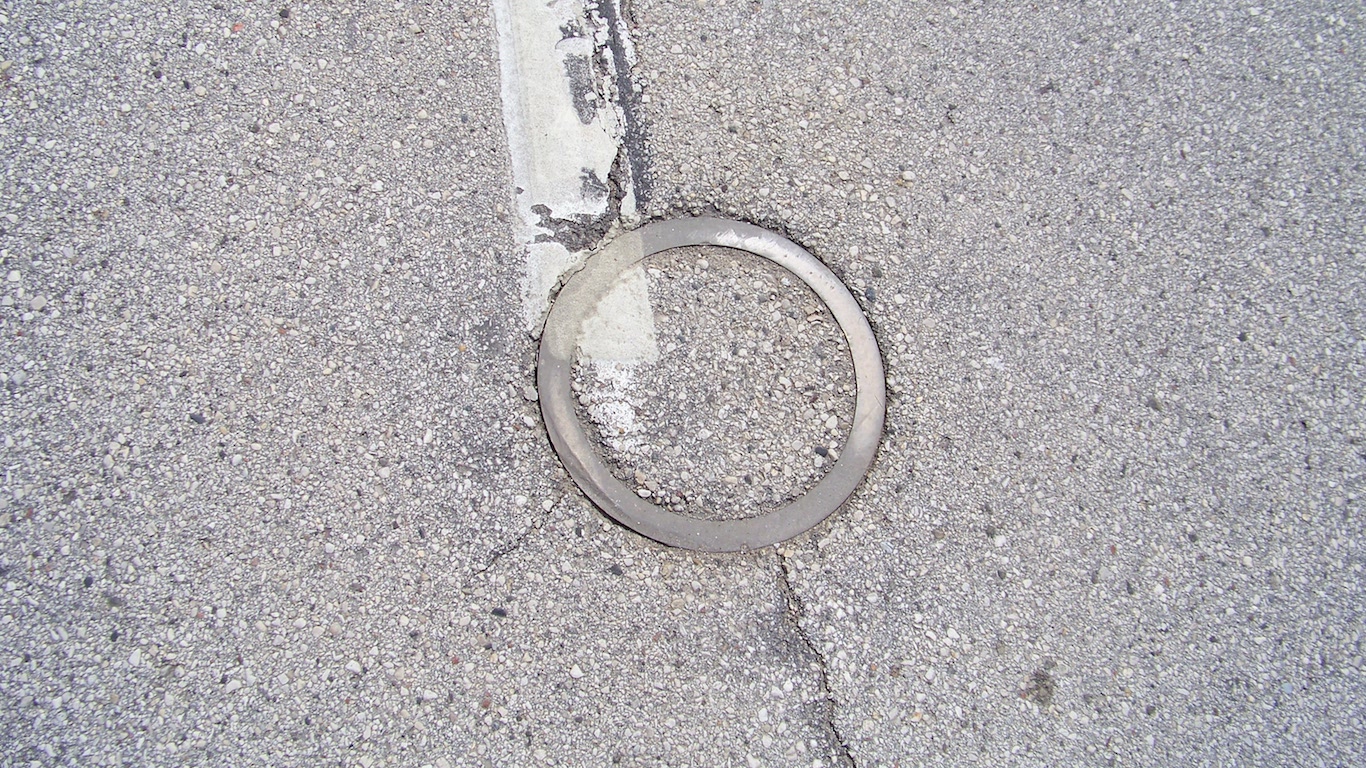 People remember when satellites and rockets go up, but not so much when they come down. On Sept. 6, 1962, a 20-pound smoldering piece of the Soviet Union’s 5 ton Sputnik IV satellite fell from the sky and embedded itself three-inches deep on Eighth Street, in Manitowoc In front of the Rahr-West Art Museum. The spot where it landed is now marked on the street, although the fragment is no longer there. The museum has hosted an annual Sputnikfest since 2007. 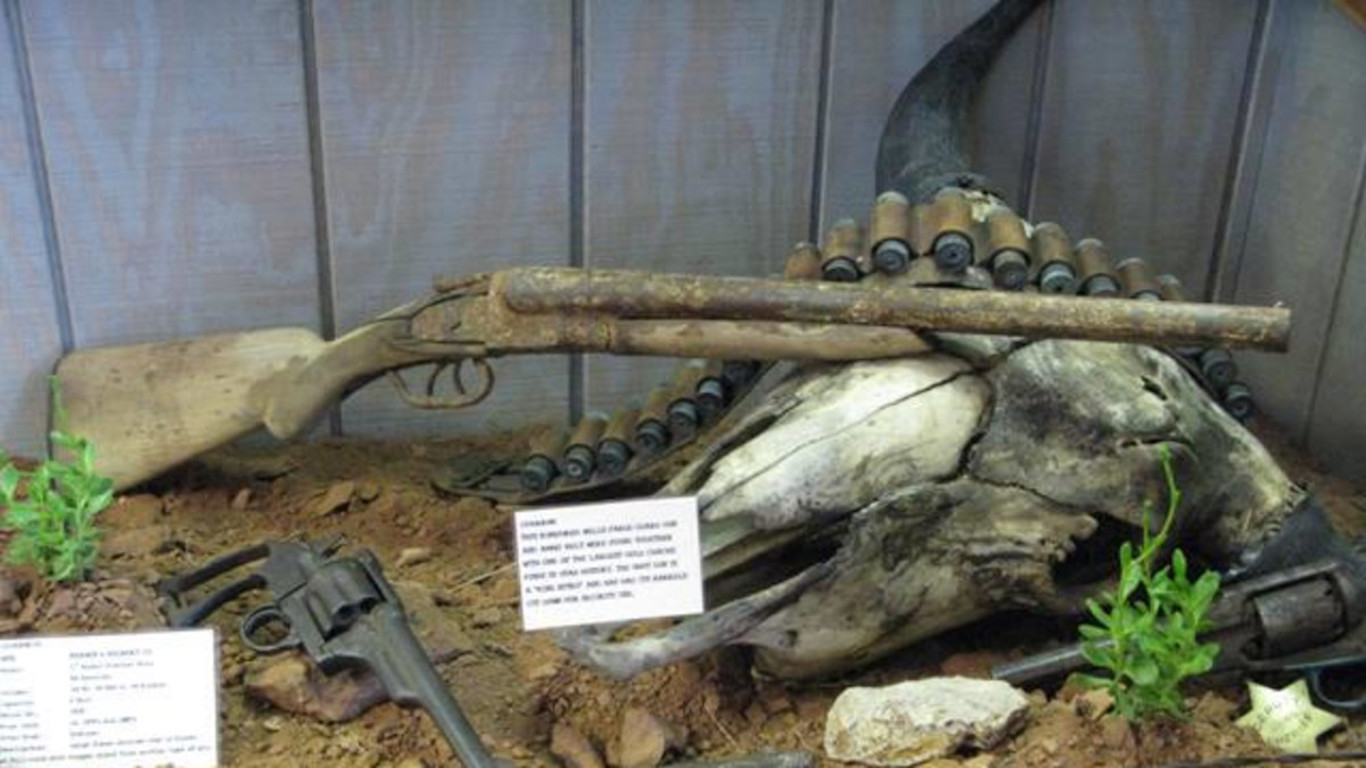 Take the name — Cody Dug Up Gun Museum — literally. Almost all the weapons on display here were dug up. Some were found by metal detecting, some were spotted sticking out of the ground, others were lying in dry streambeds, and some were salvaged from battlefield dirt. The collection includes a revolver dropped in a creek during a Civil War battle and a rifle that exploded in a homesteader’s hand.