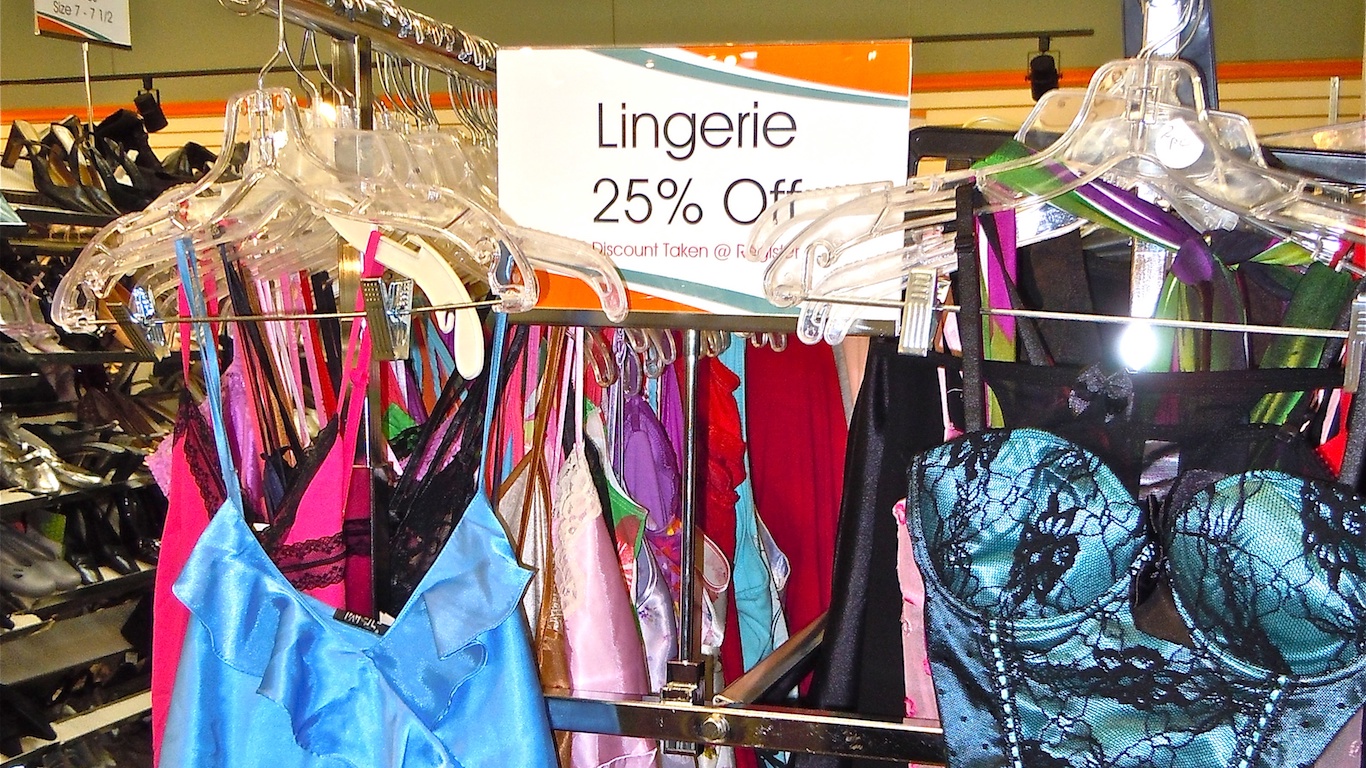 Ever wonder what happens to luggage that never gets picked up from the airport carousel? It ends up here, in the Unclaimed Baggage Center, and so do nearly a million annual visitors who come to comb through the contents of the bags — sorted ahead of time into departments for easy shopping. At 2:30 p.m. each day, one customer gets to open a bag and see what’s inside. Previously discovered items include a suit of armor, a 5.8-carat diamond, and a live rattlesnake. 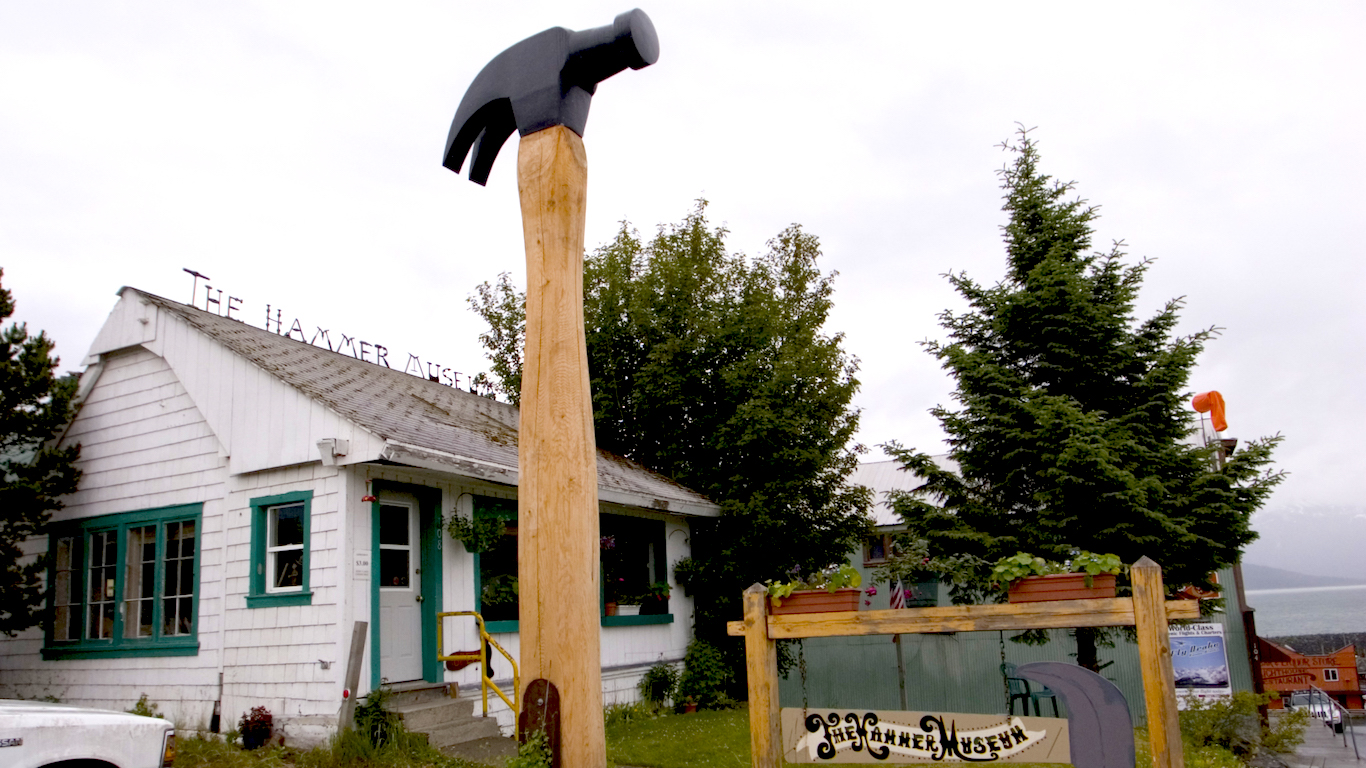 It’s hammer time all the time at the world’s first museum dedicated to preserving the history of the world’s first tool. More than 2,000 hammers are on display at any given time, ranging from modern tools to old ones such as hammers from ancient Egypt, and from tiny hammers two inches long to as big as 20 feet. If you can’t find it while driving through Haines, just look for the giant hammer in the front yard. 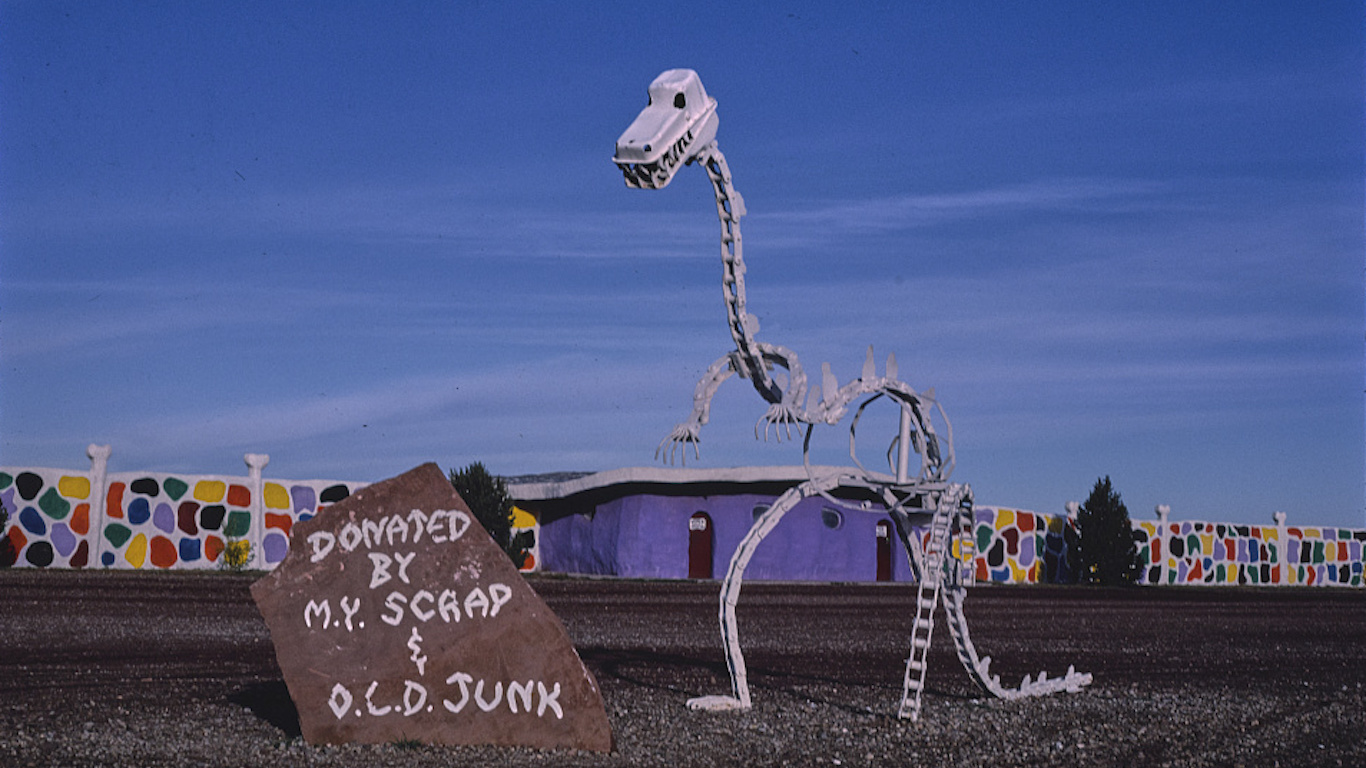 What began as a six-acre tourist attraction, including theme park and replicas of the Flintstone and Rubble residences (furnished with props), is now on the market. Flintstones Bedrock City today also doubles as an RV campground and parking site. This ode to the ‘60s classic cartoon has a large metal slide resembling a brontosaurus so you can recreate the opening credits. Yabba-dabba-doo! 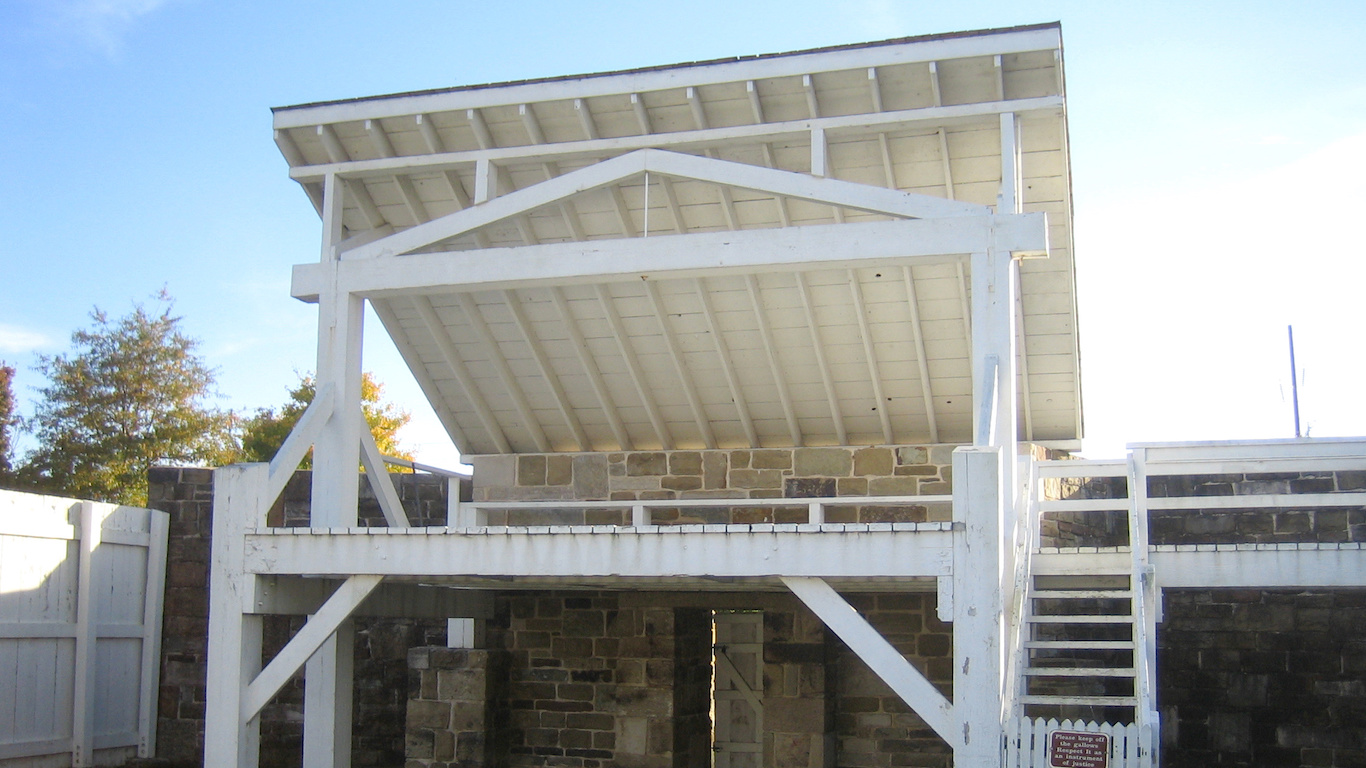 The gallows at Forth Smith is where hard justice in 19th century hard justice was meted out. Fort Smith was where the Lawless West met the Civilized East. For 21 years, Isaac “Hanging Judge” Parker held the bench of the U.S. Court for the Western District of Arkansas and sentenced 160 people to death. The gallows that stands today is a reconstruction. 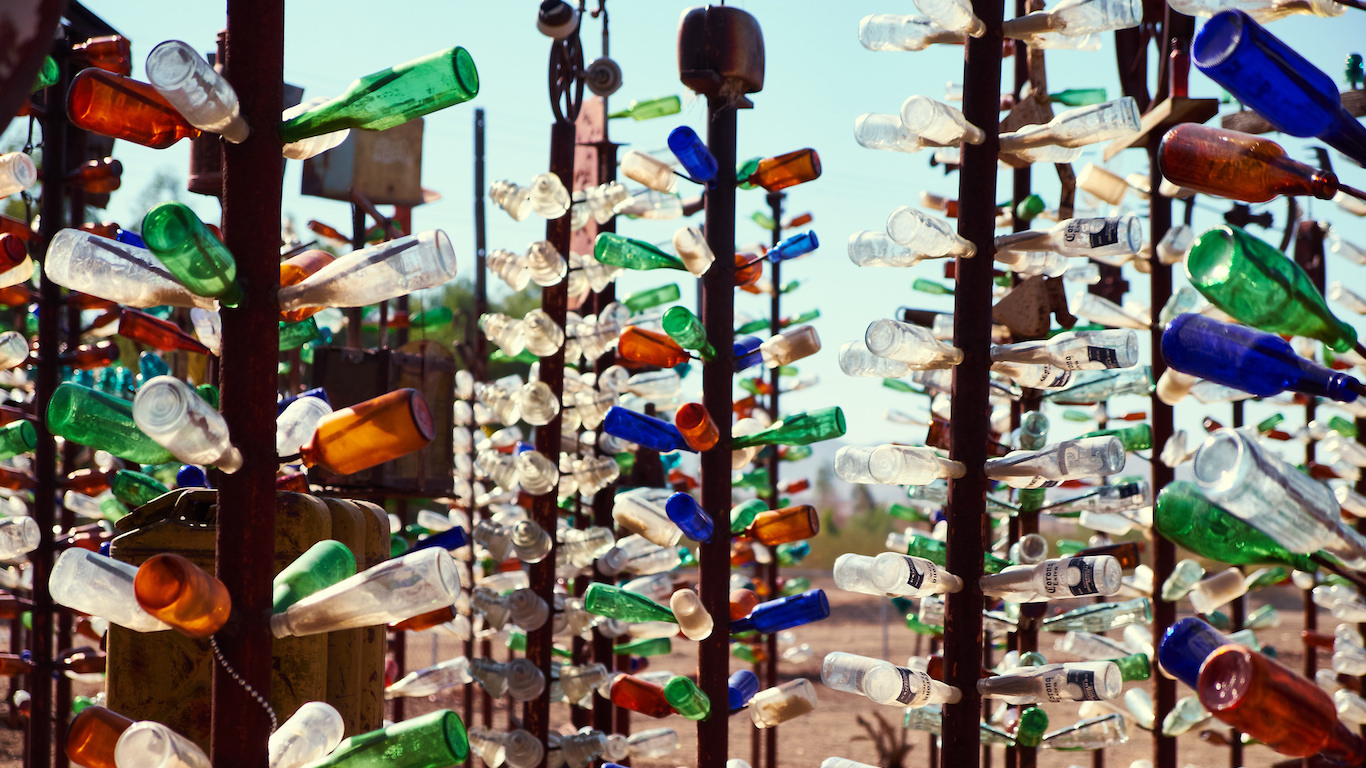 On a stretch of old Route 66, Elmer Long, who is often on site, created his Bottle Tree Ranch. Long welded together a forest of metal so-called trees and hung dozens of colorful glass bottles from each one. And atop each tree he placed a found object such as a sewing machine, guitar, rifle, and various signs.