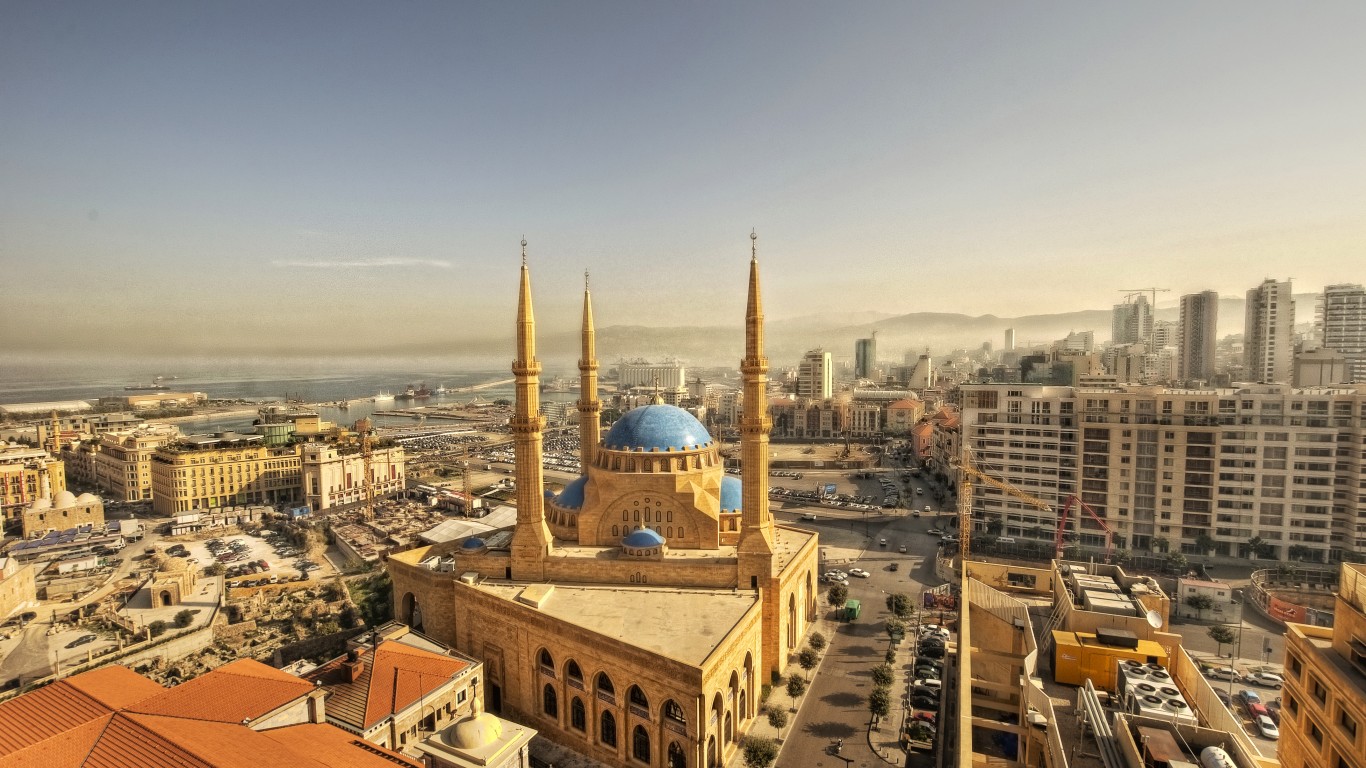 Lebanon is one of seven Middle Eastern countries among the 20 most overweight nations, with 67.9% of its adult population having a BMI of 25 or greater. Weight is a serious issue in Lebanon and can cause a variety of other health complications and chronic diseases. Some 17.9% of Lebanese adults have a higher likelihood of dying from cardiovascular disease, cancer, diabetes, or chronic respiratory disease — more than many countries in the Middle East. 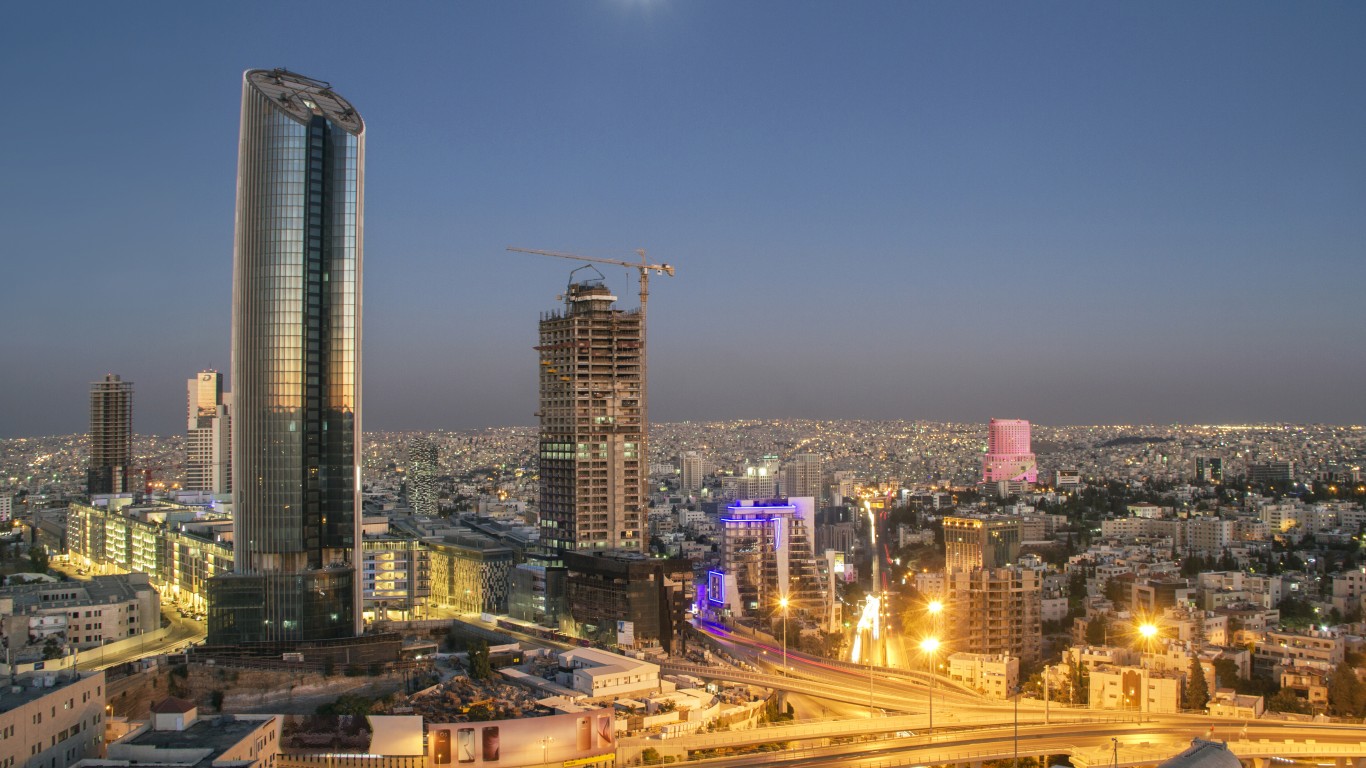 Jordan is one of seven countries in the Middle East that are among the 20 most overweight nations in the world. The adoption of a westernized lifestyle may be a key factor in Jordan adults becoming overweight. According to a study, high-fat diets and sedentary lifestyles are becoming more prevalent, especially among women in Jordan. In 2016, 72.2% of women reported BMIs of 25 or greater, compared to 67.0% of men. And the prevalence of adults reporting high body body mass index is on the rise. A decade ago, 68.1% of women and 60.4% of males were overweight. 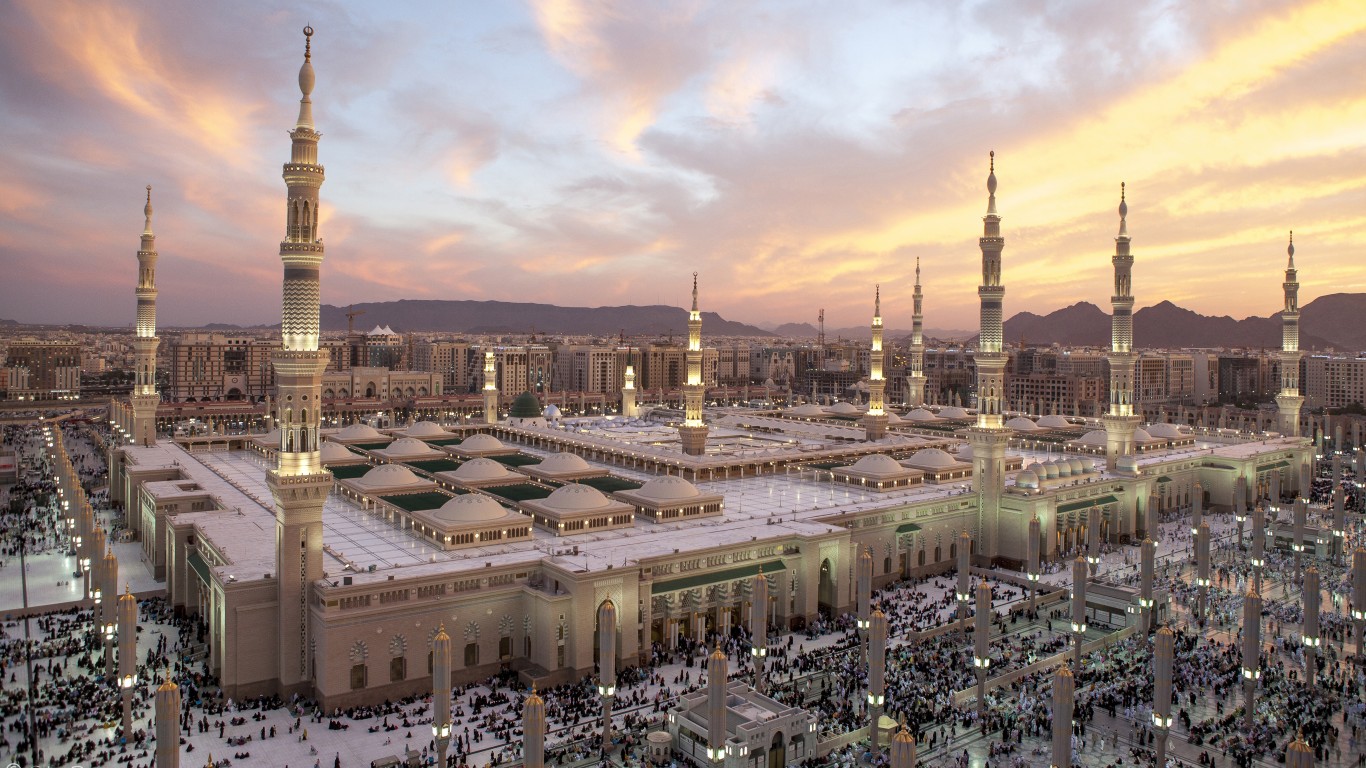 One of many wealthy nations in the Middle East struggling with a growing overweight and obese adult population, almost 70% of Saudi Arabia’s adults have a body mass index of at least 25. And like many of its neighbors, conditions have worsened a great deal in the last decade. The share of adults who are overweight has increased by 5.6 percentage points since 2006. 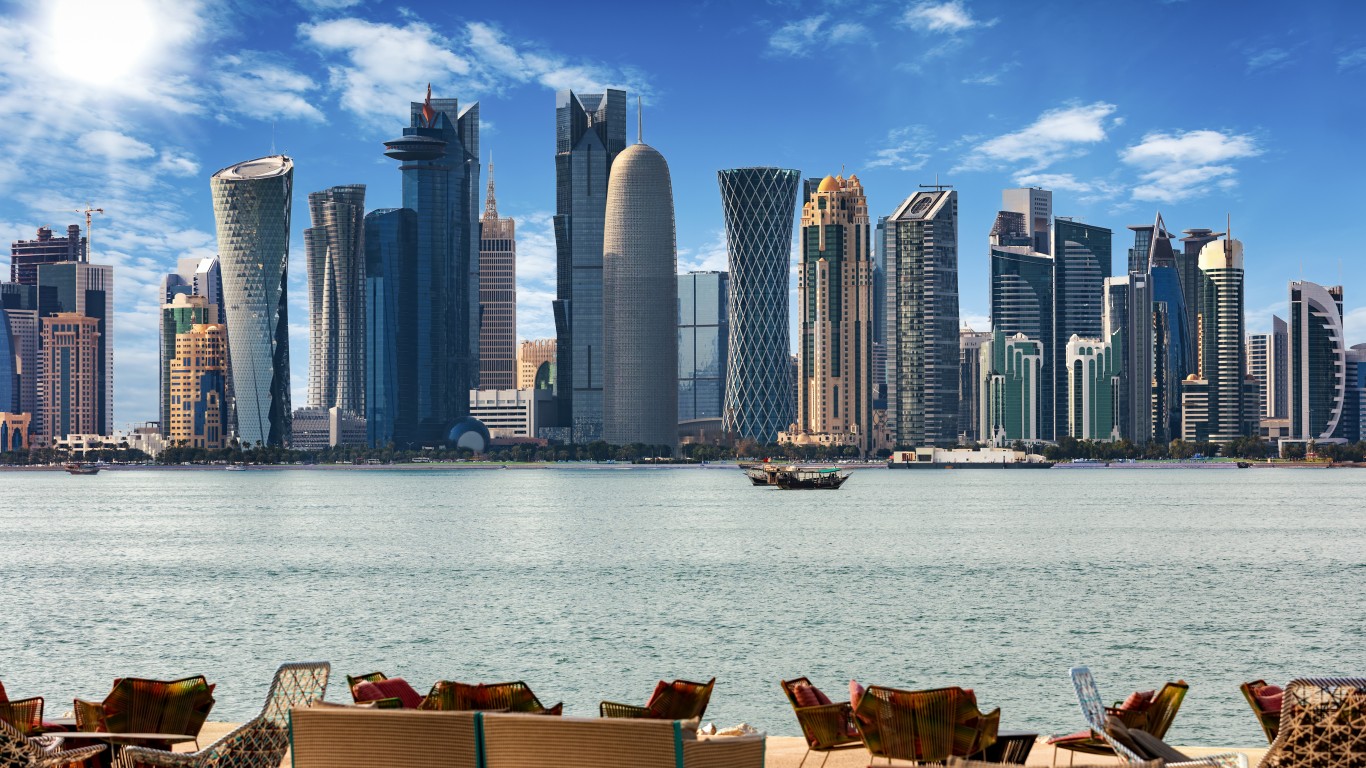 Over 71% of adults in Qatar are overweight. Affluent countries tend to report higher rates of overweight or obese adults, and Qatar is the richest country in the world with a GDP of $118,207 per capita. Qatar has accumulated its wealth rapidly since 1971, when it was discovered that the nation was home to the world’s largest gas field. As an affluent nation, many adults in Qatar likely have access to healthy food and recreation facilities, but they do not appear to be taking advantage of these opportunities. According to one study, 45% of the adult population eats fast food more than three times a week, and 83% engage in little to no exercise. 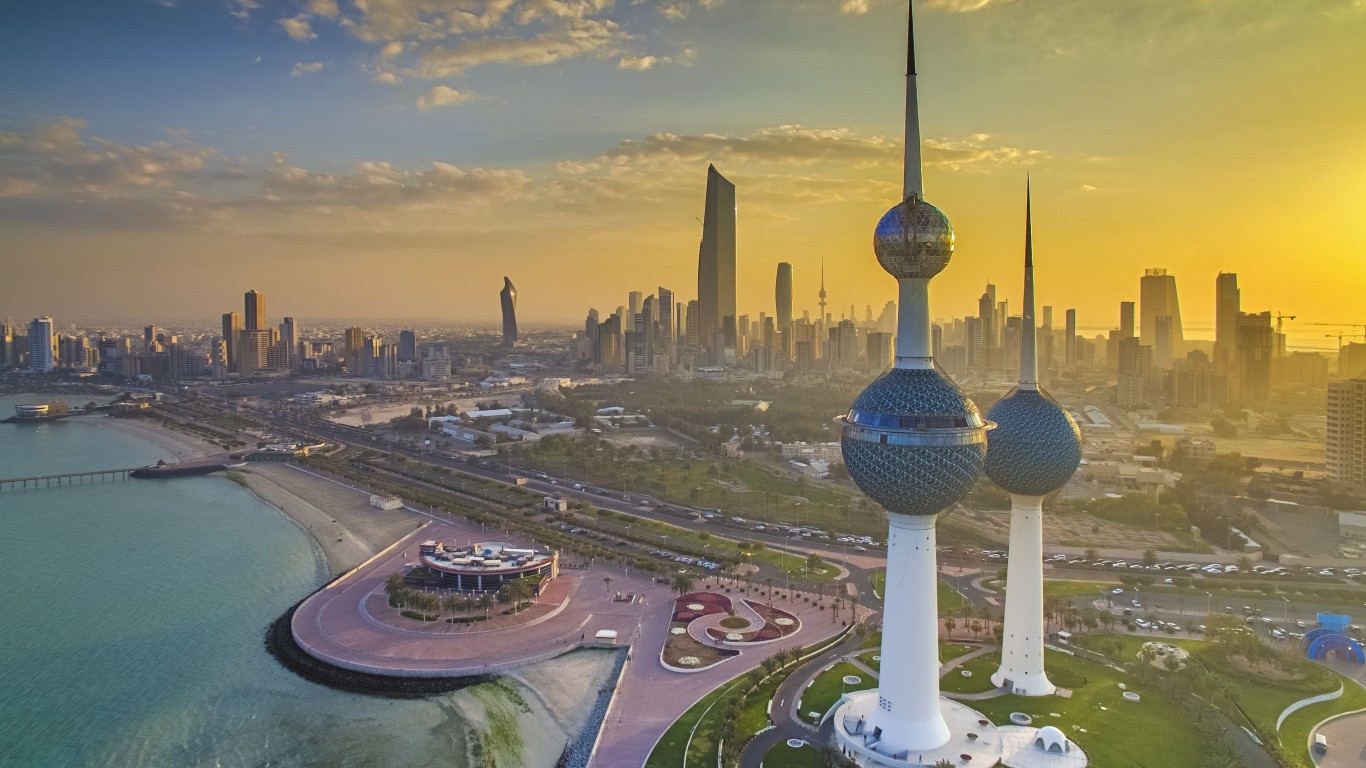 Several nations within the Middle East are among the wealthiest nations in the world, and Kuwait is one of them. The Persian Gulf nation is one of the wealthiest countries in the world. Countries with greater wealth tend to report a higher prevalence of overweight adults. Nearly three-quarters of Kuwait’s adult population is overweight with 73.4% reporting BMIs of 25 or greater. Kuwait is one of seven Middle Eastern countries to rank among the 20 most overweight nations.