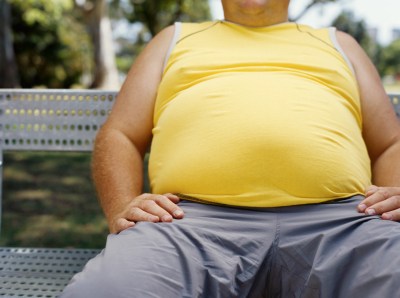 Americans are fat and getting fatter by the year. Recent data reported in medical journal Lancet showed that BMI (Body Mass Index), a recognized measurement of obesity, is higher on average in America than in any other nation.

The obesity problem, however, is international. The report in Lancet states that “In 2008, 9.8 percent of the world’s male population were obese, as were 13.8 percent of women. In 1980, these rates were 4.8 percent and 7.9 percent.” US eating habits and diets have been exported, many experts say. Nations which before had relatively lean diets which were high in grains and fruits  now consume many more soft drinks and hamburgers.

This trend toward poorer diets has caused obesity to be the most written-about health problem in the United States. Fat Americans are more likely to have diabetes, coronary artery disease, strokes, and certain forms of cancer. Less well reported are links between obesity and dementia, obesity and postmenopausal estrogen receptors, and obesity and social status. Thin people, apparently, are more likely to be chief executives and billionaires. The problem of obesity is so acute that the number of studies about its causes and solutions grows by the day. The journal Health Affairs reported last year that overall obesity-related health spending reaches $147 billion in the US, about double what it was a decade earlier.

Like so many other issues where data is collected in the public sector and the information is used to solve problems nationwide, the problems are local. 24/7 Wall St. looked at a number of factors which cause unhealthy diets and resulting obesity. These include income, access to healthy food sources, the ability to pay for healthy food, the concentration of fast food outlets, and the consumption of fruits, vegetables, sugar, fat, and soft drinks. The levels of healthy eating defined with these parameters varies wildly from state-to-state. That means there is not likely to be any one set of solutions created and funded at the federal level to solve the problem. Just as education results and their causes are hyper-local, so are the habits that cause unhealthy diets and their results. That makes the problem harder to solve. Congress cannot mandate how many McDonald’s can be built within any hundred square mile area, or, if it could, McDonald’s would object.

The data on poor eating habits and obesity are abundant and unusually well-researched. Congress funded a nationwide report which was called “Access to Affordable and Nutritious Food – Measuring and Understanding Food Deserts And Their Consequences.” The information contained in this report includes the number of households who do not have access to cars and probably find it difficult to go to grocery stores frequently. The USDA keeps in-depth statistics on concentration of grocery stores. The Census Bureau tracks fast food expenditures per capita. The US Department of Health and Human Services follows consumption of fruits and vegetables. 24/7 made its state rankings based on grocery stores per 1000 residents, amount spent on fast food per capita, gallons of soft drinks purchased per capita, and pounds of sweet snacks purchased per capita. We also took into account information provided about poverty levels, obesity, and other factors directly related to unhealthy diets.

It is worth mentioning again how complex and local the obesity and eating habit problem is. This does not mean that the problems are insoluble, but nearly so. The issue of fat Americans is one that almost needs to be addressed house-to-house.